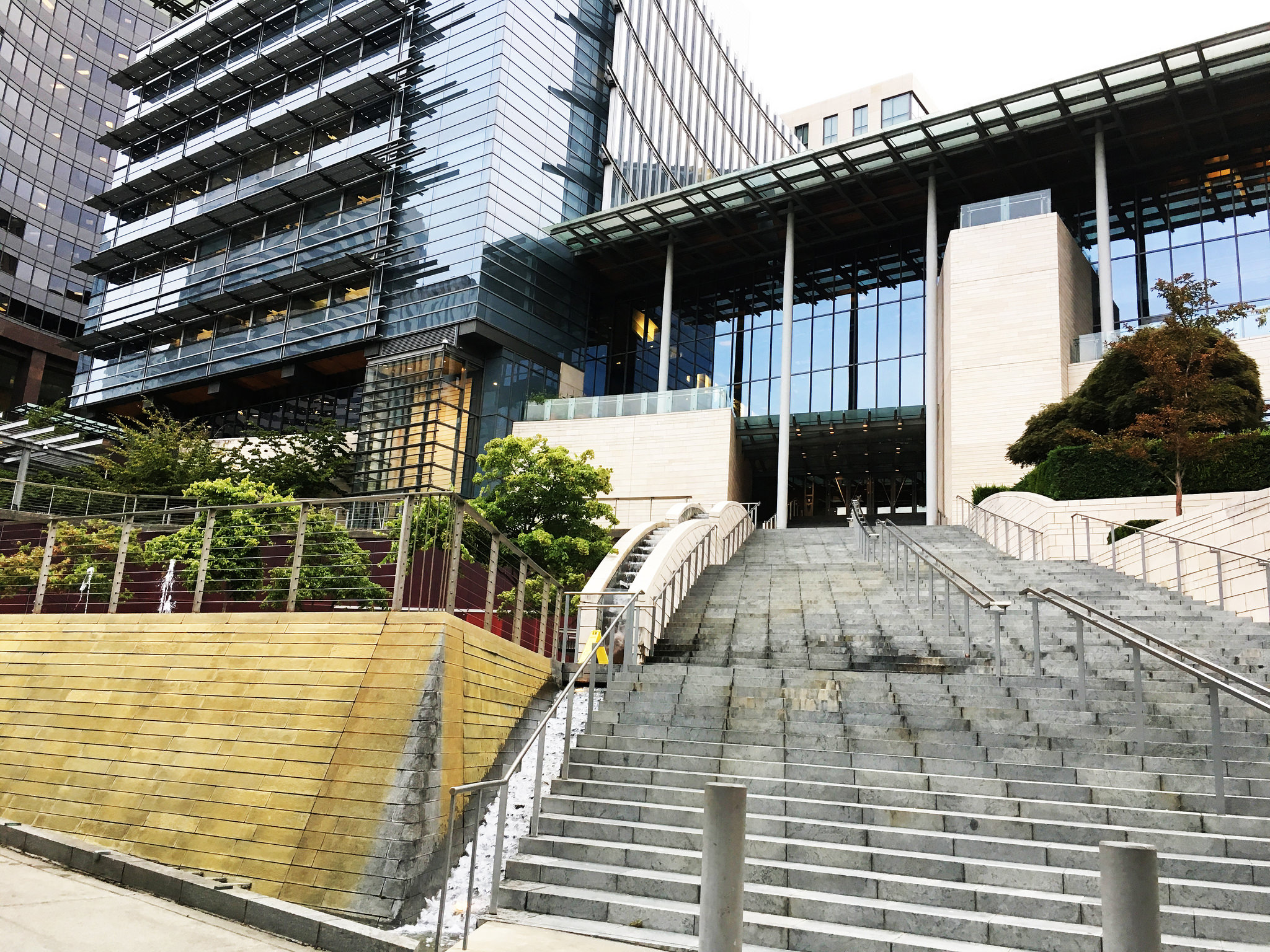 I’m a white Seattleite. I like HBO prestige dramas, the New Yorker, the music of Sufjan Stevens, and really good espresso drinks served by snooty baristas. I’m white like that. I talk to my dogs as if they’re human and I wave to my neighbors even if they don’t wave back. I’m so white that in my most optimistic moments I try really hard to believe in the salvageability of the American experiment. Like most of my white brothers and sisters in Seattle, I crave the reassurance of incremental progress and the comfort of being on the right side of history. Lately I’ve been denied those feelings, for a variety of reasons.

For example: Trump and his legion of know-nothing ghouls are turning the fundamental institutions of our Republic into their litterbox. On a more local level, the Republicans in our state legislature are hell-bent on denying the most basic obligations of government like public education and mass transit.

And here in Seattle, I’ve witnessed our (Democratic) politicians fail to address the cataclysmic crises currently facing the city: skyrocketing housing prices, an exploding homeless population, a massive tech influx creating a vast gulf of income inequity. We’ve also got the fourth worst traffic in the country and a shockingly unaccountable police department. In the past five years or so we’ve assembled all these hallmarks of urban dystopia into a shit-bouquet of civic despair.

Granted, some of these problems are bigger than the city. The dictates of global capitalism drive speculative real estate investment in “underexploited” markets like ours. Washington’s tax code—the most regressive in the country—beckons tech millionaires and billionaires. Our green, postcard-worthy landscapes and cosmopolitan trappings keep the wealthy here to big-foot around displacing the working class and clogging the interstate.

Like a good white Seattleite, I’m willing to be pragmatic. Let’s start with an attainable goal, one on which we can make noticeable progress so I can get those good Caucasian endorphins flowing again. How about police accountability? This one should be a no-brainer: the SPD is still operating under a Justice Department consent decree, a big red flag of shame for all to see. The DOJ found that our police department used force in an unconstitutional manner at an unacceptable rate, escalating minor situations with unnecessary, excessive violence. Here’s a solvable problem we can all agree on, right?

This brings me to mayoral candidate Jenny Durkan. As US Attorney, she was in on the consent decree from the ground floor—in campaign literature she calls herself “a driving force” behind it. She helped negotiate its terms with the SPD on behalf of the DOJ and worked with elected officials and community groups to institute oversight measures. With those bona fides, there’s no reason she shouldn’t crow about her accomplishments in order to get some of that white Seattle feel-good juice flowing into her campaign.

But as with anything involved in the intricate, accountability-resistant structure of the SPD, the true story is more complicated. Yes, Durkan cut deals to implement reform, but she also cut community voices out of those deals. Members of the Community Police Commission (CPC), the civilian oversight group formed to solicit input from the actual people getting the beat-downs, complained that they were frequently left out of the loop about key meetings and decisions. In layman’s terms, Durkan neglected to cc: the CPC about SPD/DOJ BS.

When members of the CPC complained, Durkan rebuked them: “You don’t own the community. And you are not the only people getting community input.”

That’s probably not the best tack to take with the only civilians involved in the reform process. But still, Durkan was there doing the work from the get-go. And though the police continue to kill and menace people of color with minimal repercussions (Hi, Cynthia Whitlatch!) statistics show that the SPD has made measurable progress in use-of-force requirements. That’s gotta count for something, right?

This past summer SPD officers shot Charleena Lyles, an unarmed, pregnant mother of four. She was a black woman in her own home who had called the cops herself and was given their explicit reassurances for her safety.

As the city reeled from this gut-churning news, I got a glossy mailer from the Durkan campaign touting her accomplishments on SPD accountability: “A leader on reforming the police and fighting racial discrimination.” My first reaction was sheer disbelief. Donations of clothes, toys and diapers for Charleena Lyles’s children were still piling up at The Station coffee shop. A makeshift memorial still stood at the Sand Point housing complex where she was shot.

Durkan chose this excruciating moment to remind voters that she had an instrumental hand in formulating the current state of affairs, in which the officers who shot her will face no meaningful consequences, will certainly keep their jobs. The timing seemed unfortunate at best and game ending at worst. Surely Durkan would suffer some blowback for this tin-eared back patting in the midst of a law enforcement tragedy.

There was no blowback. She got more crap for tossing out tiny bottles of tequila to an all-ages audience and referring to Nikkita Oliver as a “colored person” at The Stranger’s Candidate Survivor event later that week.

I thought long and hard about this mailer with its now-too-familiar photo of Durkan standing with Obama and its painfully dissonant boasts about her role in successful police reform. I wondered what it told us about the Durkan campaign, and how it didn’t stir more outrage. It wasn’t even a blip on the timeline; she went on to win the primaries with a commanding 28% of the vote.

I realized that the mailer was not intended for people of color who are most impacted by police brutality or even by white people like me who were outraged by the killing of Charleena Lyles and of Tommy Le just four days prior. If those events troubled you, you are not part of Durkan’s target constituency.

Quite the contrary: she is actively courting voters who are tired of hearing about all this mess. Seen in this light, her police reform mailer was not the result of tragically bad timing but as an intentional counterpoint to the evidence right in front of your eyes. It’s a classic cognitive dissonance ploy: Who are you gonna believe, a bunch of angry protesters or this nice lady standing next to Obama?

Durkan’s mailer was designed to appeal to white people who are not affected by police violence and would prefer to put the matter to rest in their own minds, even if it means voting for someone who is asking them to ignore the obvious truth right in front of their eyes—especially if it means ignoring it. She’s giving voters cover to pretend the past five-plus years never happened, that things are great and getting better.

Durkan is giving white voters permission to stop caring about police accountability—if they ever even did in the first place—and furthermore, to punt on all the other calamities currently facing the city, too. The homeless sweeps will continue. The same corporate donors who brought us Mayor Murray and a majority of the city council will retain their influence at City Hall. Amazon, Starbucks and Vulcan will continue to be coddled and congratulated for the crumbs they spill.

Durkan is asking us to trust the Process that got us here, to double down on it. She’s reminding us with every reprint of that presidential photo op that she represents one more chance to vote for Obama, patron saint of white liberal complacency. As we’ve seen in recent political history both local and national, this will continue to blow up in our faces. But for now, here in Seattle we can continue to enjoy the illusion of incremental progress, sensible leadership and successful reform despite mounting evidence to the contrary. Durkan, with her authoritative resume and establishment pedigree, grants us the reassuring fantasy we so deeply crave. She gives comfortable white Seattleites the permission we need to cast our ballots and tune out once more.

Featured image courtesy of the Seattle Department of Transportation