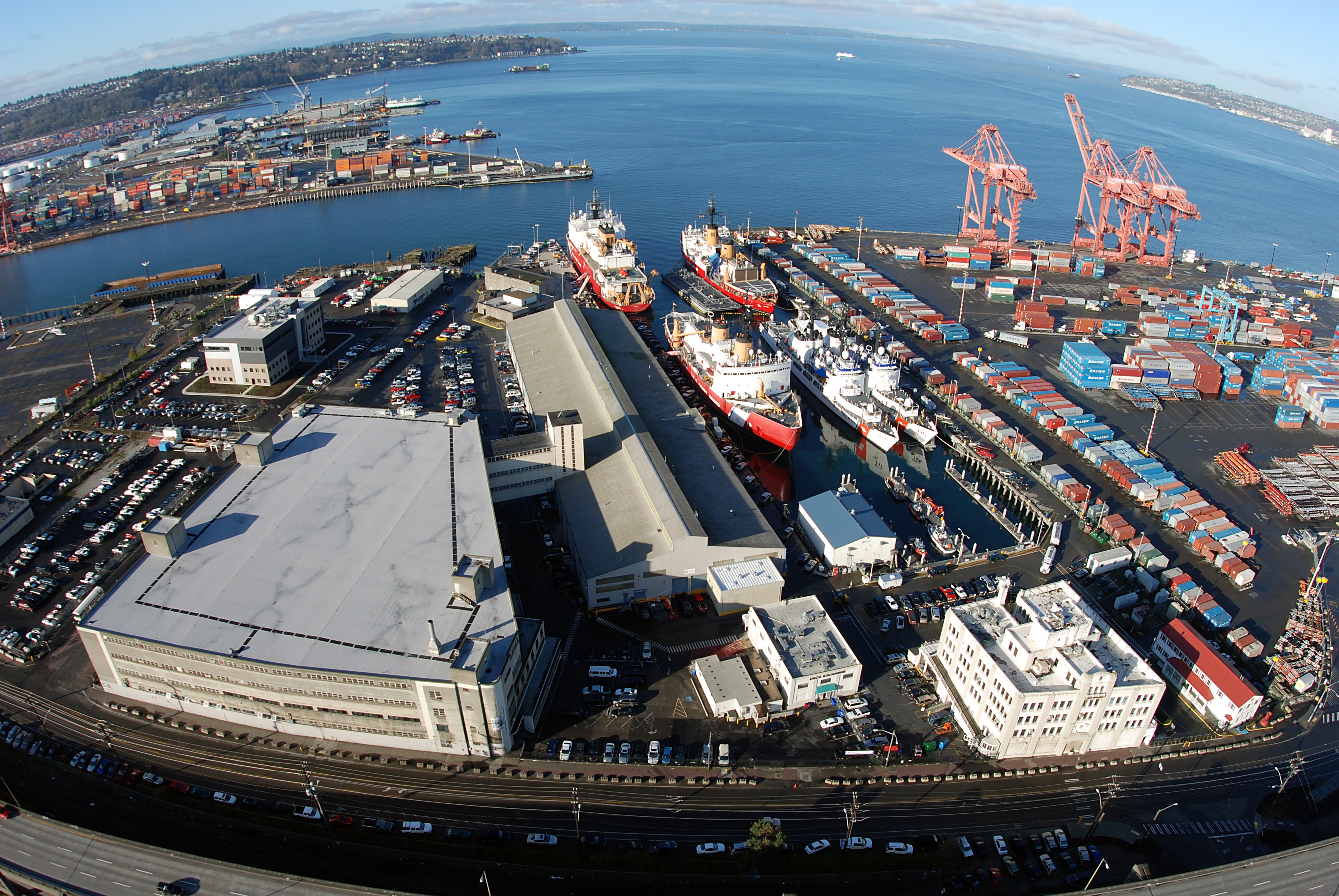 If ever there was an urgent need for a total reset in local government, the Port of Seattle is the place. This November’s election offers us the opportunity to get going on overdue housecleaning, by sweeping away Commissioner Stephanie Bowman and replacing her with community activist Ahmed Abdi. The incumbent and her challenger offer the starkest contrast imaginable on this year’s ballot: a moneyed protector of the rich and powerful versus a proven advocate for working people.

Once a democratic beacon of service for the public good, the Port today is the most unaccountable, morally bankrupt government body in our region, a government captured and controlled by the 1 percent. It’s a place where commissioners and executives routinely cut secret deals to enrich insiders and big corporations, and contrive ways to elude public accountability.

Earlier this year, the state auditor nailed the five-member Port commission for giving out $4.7 million in illegal raises to employees. The Port’s chief executive, Ted Fick, resigned after it was disclosed he secretly gave himself a $24,500 raise on top of his $350,000 annual salary, steered port business to his dad’s company, and improperly accepted travel gifts and sports tickets. He resigned in February while facing a drunk driving charge and reports of a sexual harassment complaint. On his way out, Fick said the illegal payouts were Bowman’s idea. Asked about Fick’s charge, Bowman “took exception to that,” according to the Puget Sound Business Journal – not exactly a denial.

Bowman and the other commissioners had hired Fick in 2014 to replace Tay Yoshitani, who served seven years as one of the highest-paid port CEOs in the nation. But the $367,000 annual paycheck apparently wasn’t enough for Yoshitani, who got himself appointed to the board of directors of Expeditors International, a global logistics company headquartered in Seattle, for additional $230,000 in annual income. Port commissioners looked into the double-dipping issue and decided Yoshitani’s side-job wasn’t a conflict of interest.

Ironically, Yoshitani had been brought in to clean house in 2007 after a state audit found the Port had cost taxpayers $97 million by illegally circumventing competitive contract bidding requirements, leaking documents to a favored contractor who pocketed an astounding 30% profit on the third runway project, stonewalling investigations, and doctoring contracts to make it look like the Port was doing more work with minority contractors than in actually was.

All that illegal contracting and shady dealing came under the leadership of Yoshitani’s predecessor, Mic Dinsmore, who served as CEO for 20 years until his retirement in 2007. His exit became controversial was it was discovered that the Port Commission President Pat Davis had signed a secretive deal with Dinsmore to boost his severance package by a quarter million dollars.

With that sort of track record, you’d think that Bowman and other Port commissioners would be seeking clemency rather than reelection. But this year Bowman and her commission colleague John Creighton have the chutzpah to ask voters for their trust again.

To be fair, you can’t blame Bowman for the Yoshitani and Dinsmore scandals, which preceded her April 2013 appointment to fill an open commission seat. But she came on board pledging a new day of transparency and accountability, and instead extended her predecessors’ culture of cronyism and lack of public accountability.

In addition to owning the debacle around Fick’s tenure, Bowman must take her share of responsibility for the Port’s secretive 2015 deal allowing Shell to base its arctic drilling rigs in Seattle. For months, the Port held secret negotiations to cut a deal to homeport Shell’s rigs.

When the SeattlePI.com broke the news, the commission held a single public hearing (midday on a Tuesday, at Sea-Tac Airport). One of Bowman’s colleagues proposed a motion to slow down the deal to allow for more public input. Bowman helped defeat it, and then joined with two other commissioners to provide the 3-2 margin for the drilling rig deal to proceed.

“We should be giving Port Commissioner Stephanie Bowman hell for this,” the Stranger’s Sydney Brownstone railed at the time. “She’s one of the three port commissioners who directly enabled this decision, and her actions directly contradict the platforms of environmental sustainability and transparency on which she ran.”

That’s hardly the only time that Bowman has demonstrated a public-be-damned attitude. After the 2013 election in which SeaTac voters approved Proposition 1, the historic $15 airport minimum wage initiative, Bowman and her colleagues eagerly joined Alaska Airlines in blocking the wage increases for workers through a court challenge.

In explaining why the Port chose to ignore the voter-approved law, Bowman gave this rather bizarre rationale: “There’s no one-size-fits-all. If there was, I think somebody would have come up with it before. So just saying, ‘Go ahead and enact Prop. 1 as is’ is not the answer for me. We’ve got to figure out a way that works for all employees, [so] that we have jobs for everybody.”

Bowman, indeed, took an active role in trying to undermine workers’ rights and the voters’ will. In the spring and summer of 2014, as the SeaTac initiative made its way through the courts, Bowman worked with other commissioners to craft a sub-$15 minimum wage policy that the Port tried to implement as a way of undermining the legal validity of Proposition 1. Fortunately, the commissioners’ subterfuge was rendered moot when the state Supreme Court ruled Proposition 1 valid “as is” in 2015.

So who is standing to replace this tool of the 1 percent?

Ahmed Abdi, a refugee from the war in Somalia, was a leader in the SeaTac $15 initiative campaign, working with airport workers and mosque, church, and other community leaders to deliver the historic $15 minimum wage victory. As an organizer for SEIU 775 and Working Washington, Abdi knocked on hundreds of doors to help secure a victory in SeaTac. (Full disclosure: I worked with Abdi on the SeaTac campaign and am a friend of his.)

Currently Abdi works at the Fair Work Center, training community members to know their workplace rights. He also serves on the Seattle Housing Commission, representing low-income workers, seniors, and immigrants in standing up for affordable rents and fair housing policies.

He says he’s running – his first political race – because commissioners like Bowman are out of touch with ordinary working people and “are blocking the road to the American Dream for many others.”

Abdi has scored some high-profile endorsements, including from Congresswoman Pramila Jayapal, State Senators Rebecca Saldana and Bob Hasegawa, The Stranger, the Weekly, and a bunch of unions and political organizations.

But this is very much a David-versus-Goliath battle: Bowman’s raised more than five times what Abdi has been able to garner. Predictably, given her track record, Bowman has collected maximum $2,000 contributions from Alaska and Delta Airlines (plus another $2,000 from the CEO of Alaska), and the Boeing Co., as well as donations from the corporate beneficiaries of the Shell oil rig deal.

Yet this could be the year that King County citizens show they’ve had enough with Port corruption: In the August primary, Bowman, with all of her advantages of incumbency, money, and a Port public relations machine that actively churns out feel-good publicity for commissioners, collected only 51 percent of the vote in a three-way race, while Abdi, with his threadbare campaign, scored almost 33 percent.

No doubt Bowman’s corporate benefactors, seeing her weak results and Abdi’s insurgent campaign, will pile on checks in the coming weeks. But if voters pay attention to Bowman’s sordid record, perhaps this is the year that we will take the first big step to clean house and reclaim the Port as a government for the people, not the corporations.

Jonathan Rosenblum lives in South Seattle and is a member of UAW 1981/National Writers Union. He is the author of Beyond $15: Immigrant Workers, Faith Activists, and the Revival of the Labor Movement (Beacon Press, 2017). More about him can be found at www.jonathanrosenblum.org.

2 thoughts on “The Port of Seattle Needs A Reset, Ahmed Abdi Can Make Sure It Gets One”