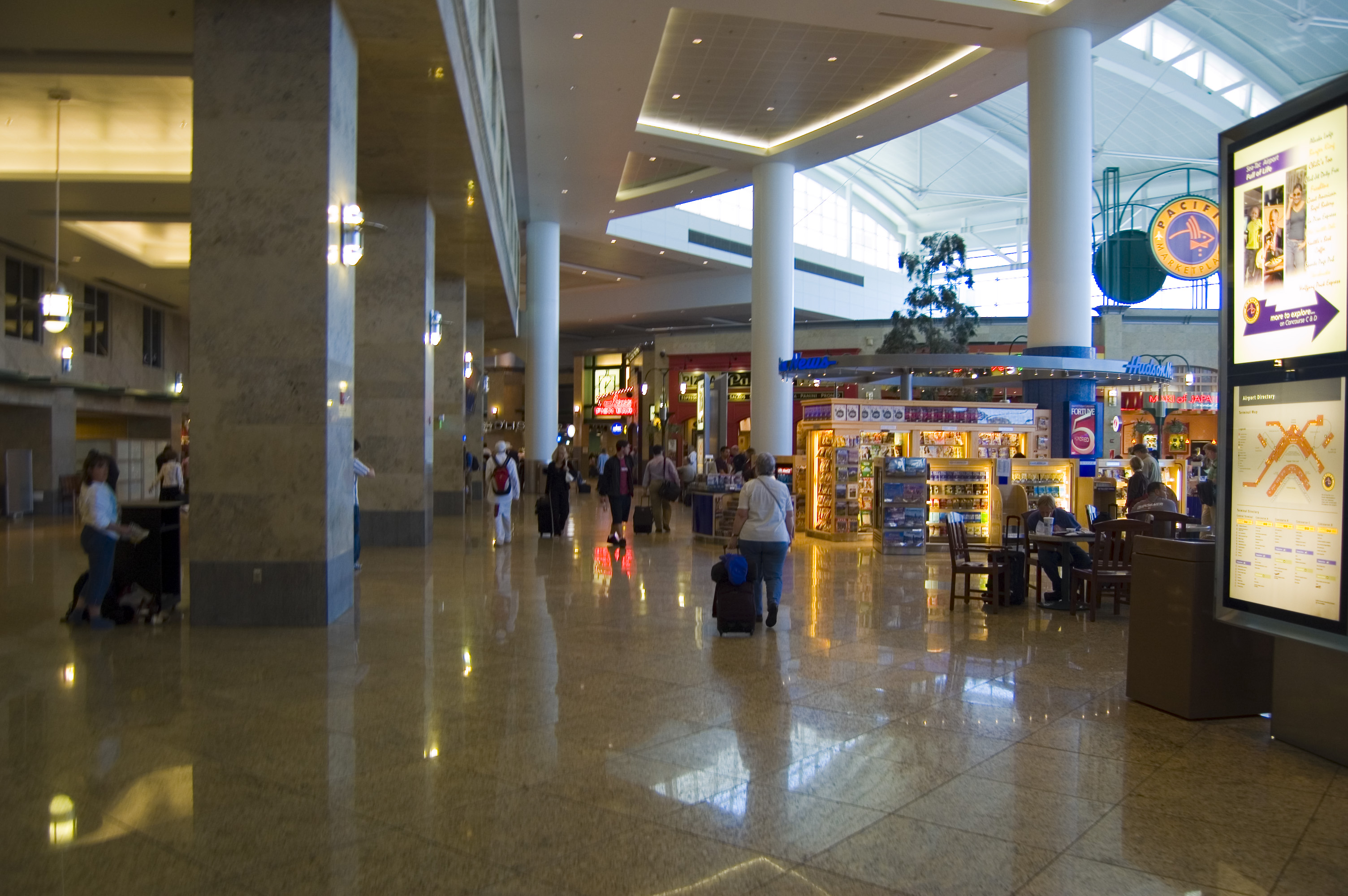 Running for the Port of Seattle is not easy—and not just because so few people care about the race to begin with. Despite the organization’s name, the commission doesn’t just represent the interests of the voters in the city of Seattle; instead, the five elected commissioners are charged with establishing port policy to benefit and support the entirety of King County. In total, the five commissioners—part-time employees paid less than the region’s annual median income—represent over two million residents—a ratio of 420,000 voters to one.

The low pay is a problem in and of itself (especially considering the six-figure salaries of the Port’s C-suite positions) when it comes to drawing a pool of interested candidates, but so is the size and scope of the race. Campaigning to all of King County is a herculean task, and one that not many folks from outside of the traditional channels of wealth and power feel confident taking on.

As a result, the Port Commission tends to look homogenous at nearly every intersection—the five current commissioners are all white, all relatively well-off, and all from the north end of King County. This leaves residents of South King County feeling far removed from decisions that stand to impact them the most.

To solve this problem, legislators in Olympia proposed a change that has a proven track record of attracting more diverse candidates: Instead of five candidates who all represent the entire county, the Port Commission seats would be elected by specific, geographic districts. But not everyone is sure that this would fix the Port Commission’s problem of representation.

The City of Seattle is one of the more recent examples of the change that district elections can bring. When voters decided to shake up the way that city councilmembers were chosen in 2013, the Council moved from all at-large positions, which represent the entire city, to seven district-specific members and two at-large.

The change meant that prospective councilmembers had fewer voters to court, but each vote counted more. It also meant that fundraising among business interests became less critical, and that an open seat anywhere in the city wasn’t fair game for anyone with the resources and the interest; instead, only those who actually lived in the district (at least part-time) could throw their hat in the race.

The result was swift and modeled what previous areas and municipalities, like Yakima, had demonstrated: district elections lead to a more diverse governing body and fewer guarantees for incumbents.

That’s what representatives in Olympia were hoping for when they submitted a bill in February that would redraw the boundaries for the Port Commission, add four new positions, and create district-specific seats. The districts would be drawn to match existing legislative boundaries, which, according to a report on HB 1999 “is a simple mathematical adjustment to support proportional representation.”

“Ports need local representation to deal with battles over impacts at various levels and among communities,” reads the supporting statement. “This bill supports transparency and increases accountability.”

The bill was drafted by Representative Mia Gregerson, D-SeaTac, who represents the 33rd Legislative District, one of the most impacted by Port of Seattle decisions. In an op-ed for the Auburn Reporter, she stated that she proposed HB 1999 to “[give] voters from all corners of King County representation that is accountable and responsive to the taxpayers from each district,” and to “increase the diversity of the Port Commission and bolster participation by residents and taxpayers.”

Representative Joe Fitzgibbon, D-Burien, says that he co-sponsored the bill because it made the most sense for people in his district, which includes both the airport and the seaport.

“There’s been a perception that the Port Commission wasn’t responsive to community concerns,” he said.

Fitzgibbon cites examples of times when South King County voters didn’t feel heard by the commission—specifically, when the airport decided to add a third runway in 2000, a major project that ended up taking eight years to complete. Neighbors sued over the project, stating that it had created an untenable level of noise. Their suit was eventually thrown out.

District-specific representation would solve that, he believes.

“I think that voters would have an easier time connecting with the Port…if they had a district representative to go to,” he said. “It would be nice for the people of SeaTac to have someone on speed dial.”

Increased attention on the Port of Seattle Commission and its elected officials has already achieved some of the goals of district elections; two of this year’s three races feature not only candidates of color, but immigrants who have worked directly on issues facing South King County.

In many ways, Ahmed Abdi, who’s taking on incumbent Stephanie Bowman, and Preeti Shridhra, who’s challenging long-time Seattle politician and consultant Peter Steinbrueck for an open seat, represent the kinds of candidates that the Legislature was hoping district elections would draw.

However, both candidates are still fighting an uphill battle. Public Disclosure Commission reports show Steinbrueck and Bowman out-raising their opponents by a factor of three, and that many of their contributions are coming from businesses and PACs, not individuals.

In a race like the Port of Seattle, where special business interests have always loomed large, those donations make a big difference—which is exactly what proponents of districts hope to combat.

Not everyone is sure that district elections make sense for this particular governing body.

“The majority of commissioners do not support this bill,” reads the House report on HB-1999, because they feel it “favors Seattle.”

“Districting and commissioner election conversations have not taken place in maritime labor. There are concerns about pre-existing pressure, balanced representation, equity, and barriers to employment and job protection,” reads the opposition statement. Those opposed included John Persak, a longshoreman and candidate for the commission.

Commissioner John Creighton, who has held the position for over a decade, says he’s conflicted on the issue.

“From an individual commissioner standpoint, being at-large county-wide allows commissioners to think more regionally in governing port operations,” he said, but he acknowledged that “as a low profile office in such a populated county, it is incredibly hard for candidates to run county-wide.”

That tension between the concern over representation and the difficulty in campaigning is at the heart of the conversation around district elections.

“If there were an Eastside district or a Southwest King County district, etc., that commissioner might be a much more forceful advocate for his or her district,” Creighton explained. “But then would that in effect absolve the other commissioners from paying attention to that district, except as it might relate to that other commissioner’s own district?”

Ryan Calkins, who’s running against Creighton, conceded that, because the Port of Seattle recently relieved itself of some of its previous duties with the creation of the Northwest Seaport Alliance, nine commissioners may be more than the region needs. Instead, he suggests that consolidation of the executive-level of power might be a way to cut costs and reduce bloat within the organization. The opposition statement of the bill echoes this statement, stating that “The Northwest Seaport Alliance effectively generates revenue and supports jobs. Changing the governance model would create an imbalance within the alliance.”

Instead, Calkins said he supports the move, but suggests using “existing King County boundaries” and aggregating a few districts based on population and representation.

“It is extraordinarily difficult to run a county-wide race,” he explained, adding that “incumbents and wealthy candidates have a distinct advantage.”

“All the evidence you need is in the current composition of the commission,” he said.

Residents of South King County have also expressed their support of district elections for the port. Folks in Burien, Kent, and Des Moines, who live closer to the airport, the shipping and receiving centers, and the highways, are more directly impacted by many of the Port of Seattle’s policies. However, as former SeaTac Council candidate Shaunie Wheeler told the B-Town Blog earlier this month, “we’d prefer district elections to make sure our concerns are represented.”

Calkins said that while there may be concerns about representation in how the districts are drawn (under 1999, Seattle would have numerous seats), the existing system is far from perfect—in fact, it’s built for failure. And without some kind of change, it will continue to be so.

“When you have five at-large positions who rely on wealthy donors, it’s a systemic issue,” he said. “This will only create unhealthy outcomes.”

Even if Calkins is elected, though, he won’t be empowered to make the decision—it will be made by the Washington Legislature, which remains divided on the matter. That said, if the commission does look radically different after November, there may be the political will to consider making a substantial change.