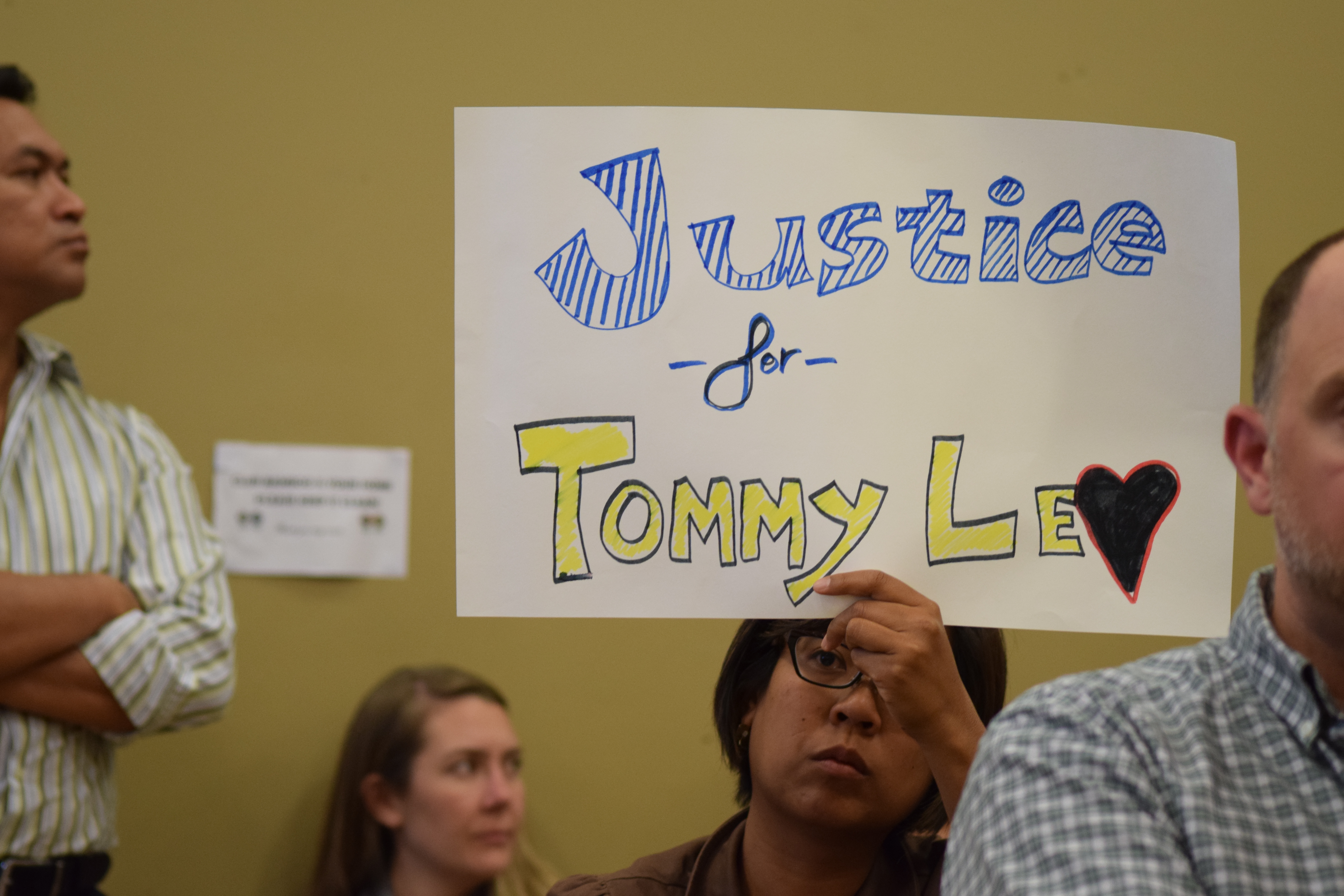 Immediately following the fatal shooting of hopeful high school graduate Tommy Le in June, the King County Sheriff’s Office issued a press release headlined, Deputy Shoots Man Claiming to be the “Creator.” Tommy Le, described the release, “was shot by one Deputy as he advanced on them.” This initial coverage lead us to believe that deputies were forced to shoot an imposing, knife-wielding maniac as he charged them. The release painted a clear picture of mental illness and Tommy Le as a dangerous threat.

Then an article by the Seattle Times, published the same day, regurgitated the same reckless narrative framed by the Sheriff’s Office. The Times reported the story based on harmful misinformation that discredited Tommy’s character, presuming him guilty and deserving of his fate. The PI, KOMO, and others, soon after published similar, harmful headlines. Mainstream news outlets seemed more interested in breaking the story than thoughtfully covering it with inquisition and intellect.

It was not until Seattle Weekly’s Daniel Person requested clarification that the Sheriff’s Office admitted it actually was not a knife that Tommy had been holding, but a pen. However to date, while the Sheriff’s Office claims they have found the pen used in the incident, no one has been allowed to see it. This is due to the fact that the investigation is still technically open. All evidence in the case will be reviewed and available to the public during the fact-finding inquest, a process which has yet to be ordered by the King County Executive.

Alas, Tommy Le, this supposedly threatening “man with knife,” was a 120-pound high school student preparing to receive his diploma on the day before his graduation. Le had no prior criminal record, no drug history, no history of mental illness, and was known as a good kid; goofy and bubbly.

Despite the Sheriff’s Office narrative that Tommy was under the influence of some sort of substance, his toxicology report later concluded no drugs or alcohol were in Le’s system the night of his shooting and death.

And despite the Sheriff publicly stating that Tommy was advancing on officers and shot in the side, an autopsy recently revealed Le was in fact shot twice in the back. Moreover the autopsy clearly debunks police claims that Le was charging officers at the time weapons were discharged.

At the public forum Sheriff Urquhart changed the narrative, and asserted Le at one point had a knife during the exchange. This assertion was being made while the King County Sheriff’s Office still maintains Le was in a state of mental crisis at the time of the shooting.  Yet we are to believe that Le had enough mental cognition to take a knife that night, walk 10 houses away to his home, replace the knife with a pen, and then return to the scene. (Source: Tommy Le Forum @ 40 minute mark).

When does the victim blaming stop? At what point is Tommy innocent until proven guilty?

Unfortunately, there is very little evidence to review. King County Sheriffs do not have dash cameras, let alone body cameras. The only public evidence is recordings from 9 1 1 calls during the incident. Sheriff Urquhart asked the public to withhold judgment of law enforcement activities until all the facts were out. I wish the same had been done for Tommy.

We are now left to speculate about what happened that night because the only other person to tell their side of the story, is dead.

We obviously have a broken law enforcement system in the United States when citizens are able to be gunned down in their own neighborhoods by officers and the only information available afterward is controlled by the department who employs the same officers. When activists talk about systemic bias in the judicial system, this is exactly what we mean.

To be clear, we continue to ask our law enforcement officers to do so much more than their job description entails. From mental health intervention to issues around homelessness, officers scope of work has evolved beyond standard patrols. I personally believe law enforcement are often times our heroes. They are the first responders to dangerous situations and put their lives on the line every time their badge goes on. However, their profession does not somehow make them infallible.

Becoming a police officer does not magically eliminate implicit biases that officers may have developed over their lifetimes. Like any other aspect of humanity there invariably will be bad people who make their way into the ranks of the otherwise good and brave.

Tommy Le’s case and the official response to his shooting continues to drive a wedge between officers and the community they have taken an oath to protect. It would bring us so much closer as a community if the Sheriff’s Office could openly admit their faults. Only then could we the people trust that officers learned from their mistakes, and would try to do better.

Instead, Tommy’s character has been dragged through the mud, and the public confidence in police operations along with it.

The consistent misinformation and unwillingness to even acknowledge that Officer Molina, the deputy who shot Le, could have simply made a mistake erodes trust. At a time when all the facts should be investigated to understand what happened that night, there is a glaring omission from official conversations. Officer Molina shouldn’t have shot an unarmed high school student, and he especially shouldn’t have shot him twice in the back.

4 thoughts on “Reclaiming the Narrative for Tommy Le”