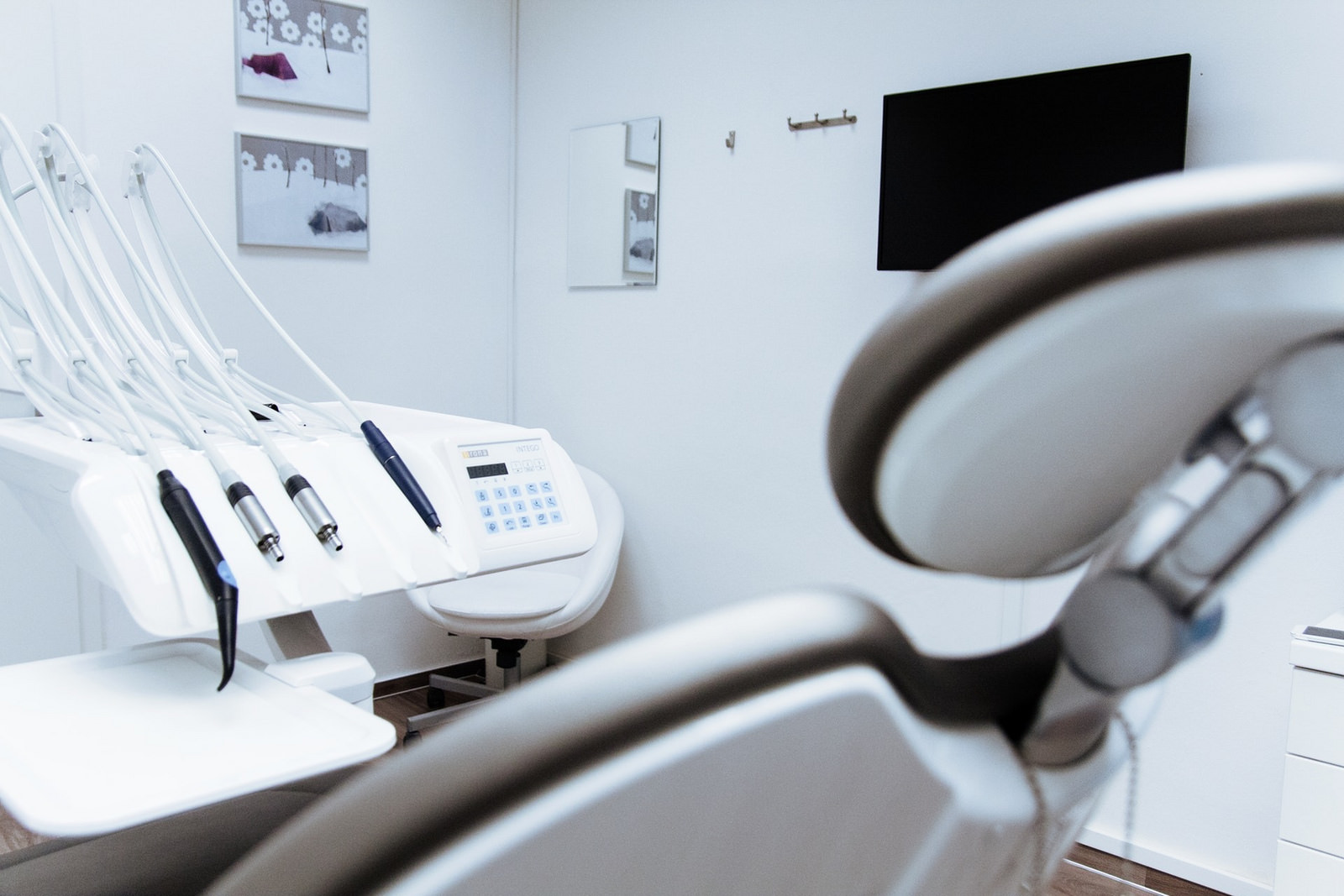 It’s been a long road, but after 54 years on the job and 77 years on this earth, it is time to finally retire as a South East Seattle dentist.

In my more than half a century as a dentist, I have treated the grandchildren of children I treated in the 1960’s.  All told, I have probably treated over 15,000 residents of Seattle’s South End.  It has been my honor and privilege to be trusted to serve the folks here.

I ended up in South East( S.E) Seattle by default and am glad I did because all of its residents have furthered my education and exposure to the people of the world.  Where else can you be exposed to so many races and ethnic groups?

My eventual landing in S.E began with my father. He grew up in Seattle and had a couple of uncles who lived in S. E in the 1930’S.  It was Depression era Seattle so dad recalled taking a streetcar out into the wilderness to visit them.

He later moved to Yakima Valley where I was raised.  The city of Sunnyside, where I grew up, wasn’t a bad place.  It was small, which meant you couldn’t get into too much trouble because you knew everyone. This meant you’d get caught before you could commit too much mischief resulting in a wrecked life.

That being said, we had no diversity at all in the little town of Sunnyside.  With few exceptions we were white Republicans.  My father, however, was a Democrat and if you wanted dinner that meant you too were a Democrat.  But we did not tell anyone.  They are still trying to figure out who voted for Stevenson in the mock high school elections and I will never tell.

This was the era of desegregation in the South.  We of course felt very superior because we were “not prejudiced,” – though we had no people of color in our town.  There were migrant farm workers who helped bring in the crops. However, in our ignorance we did not count the Hispanic farm workers as people of color.  We were every bit as prejudiced as the Deep South, it was just directed differently.  None of our teachers pointed this out.

Youth brought with it hard work. I picked asparagus before school every spring from 6th grade through high school. All those years doing it meant I learned to loath asparagus.  The smell at 5 AM is very pungent.  I was a chubby kid, which meant bending over to cut off each stalk below the ground level was the pits.

When you cut one down a new stalk from that plant would be up the next day.  However, I learned to work and in my family you were expected to keep a job.  The money, all ninety cents an hour, I made was saved so I could go to college. We were in the fields at 5 am working until 8 AM, and then I came home showered and was in school by 9 AM.  The early rising meant it was a bit hard to stay awake in afternoon classes.

After high school, I arrived at the University of Washington full of fear.  There were more people in the dorms than in my whole town.  I somehow decided I wanted to be a dentist, though I knew the difficulty of getting into dental school. It usually took four years of college and a degree.  To say I was scared was an understatement.

All I did was study (excluding the one movie I took in a month). However, College English almost did me in. They expected me to be able to spell.  Unfortunately, that part of my brain does not work so well.

Put me in a chemistry, physics or math class and lookout. I ended up surviving English and excelled in the sciences.  This paid off because I got accepted into dental school in two years and avoided having to take a foreign language.  Had things worked out differently I would still be trying to pass German.

While in dental school during the 1960s, I worked three jobs and also joined the Naval Reserve. The extra work came in handy as the Navy paid nothing towards tuition or books and offered no stipends.

My dental school cohort began with 75 students and ended up graduating 57 dentists.  Obviously, graduation was a long way from assured.  Immediately after graduation, the Navy sent me to Camp Pendleton to serve as a Marine Dentist.  That came as a shock.  I envisioned all the horrible things that could possibly happen to me, as a Navy dentist was to be on a large ship.

I was also the least likely Marine I knew, but here I was doing dentistry for actual Marines in a naval dental clinic.  I next was sent to be a dentist for the Seabees, a Naval Construction Battalion.

The very next week my battalion went to Camp Pendleton for military training.  I was out in the field shooting machine guns, throwing hand grenades and shooting bazookas.  I told the Gunnery Sergeant, “Gunny I do not think I should be doing this I am medical, a noncombatant.”  He responded, “Sir all Marines are riflemen first.  Shut up and run, Sir.”

We then went to Okinawa where we were to build buildings, install sewer systems, and work on construction jobs. This served as an eye-opening experience to me.

Suddenly I had contact with a variety races.  For the first time in my life I was a racial minority.  But I was learning about other’s cultures, foods, customs and beliefs.

Within 2 months I was headed with many of them on a LST (Landing Craft Tank), on the way to Vietnam.  We made the first amphibious assault in Vietnam at Chu Lai in 1965.  While there I was exposed to yet another culture.

My life experiences were expanding.  As a dentist on the beachhead, I treated U.S. troops, Vietnamese villagers, our mascot (a Malaysian honey bear) and helped in the air evacuation of wounded Marines.

After the Navy, I did a residency in anesthesiology in Washington D.C. in an inner city hospital.  I again found myself as a racial minority. 90 percent of the patients and people I worked with were either a different culture and/ or a different race.  This exposure was very important to my personal development.  I now had a real appreciation of how the world was; and, it was not all white.

That realization stuck with me when I finally landed in S.E. Seattle. Prior to the late 60s my only contact with the area had been driving down Rainier Ave on the way to I-5 in route to my Eastern Washington home.

Now, I was a dentist practicing with Dr. Roy Mar in his Beacon Hill practice. My education continued.   Even though I was at times the only Caucasian in the office, everyone accepted me.

My staff reflected the patients we treated. We saw patients who spoke 10 to 15 different languages, so it was important that the staff was bilingual, as I was certainly not.  But here, I had found a home.  I loved the multi-racial, multi ethnic nature of S. E. Seattle.  These were my people, blue collar and modest to low-income.

We were all different but we all got along and to a great extent appreciated our differences. While in the residency in Washington DC, I met a young nurse.  She grew up in South America and spoke Spanish before she learned English, though her parents were American.

She first came to the US for her senior year of high school, though in her heart she was Bolivian. We hit it off after we met and found that S. E. Seattle was a good place to raise a family; it was color and ethnic blind.

We have now been married 49 years and adopted 3 children. With our children being racial diverse, our family fit very well in S. E. Seattle.

In time, Dr. Mar’s son graduated from dental school so that meant we needed to make space for him in at the increasingly cramped practice.  I ended up moving my office one building over into what had first been a grocery store in the 1930’s before serving as a church.

As time progressed S. E. Seattle changed, but I never considered living anywhere else.  It started about 1/3 African-American, 1/3 Asian, and 1/3 White.  Then many Filipino families moved to the hill, followed by Latino families, and, more recently, East-Africans.

While we’ve always appreciated our diverse community, I did once have a patient who only wanted “white” dental assistants working with him. I suggested he might be happier in a different office and I forwarded his records there.

My years as a dentist weren’t just spent treating people, but also teaching them. I started instructing Dentists and Dental Hygienists 48 years ago in continuing education courses.  All told I did over 750 courses in 8 dental schools and in 16 countries.

At the same time, I practiced general dentistry with an emphasis on fearful patients.  I kept good records and occasionally would review how well different techniques worked in alleviating their trepidation.  I have actually published 50 research papers, not bad for a guy who spells at about an 8th grade level.

My days as a dentist also brought along new colleagues I care deeply about. About 20 years ago Dr. Sun Bang began working with me.  We started talking about making her a partner at my practice a couple of years later.  Shortly talking about becoming a partner in our newly formed dental group, she came in one day with a smile. Her boyfriend John had asked her to marry him.  They married and had two boys a few years later.

Sun added another full-time responsibility soon after, when about 10 years ago we decided to have her take over the practice. One of her first decision was hiring me on for 2 days a week.  Last year, I cut back to 1 day a week.

This has been a wonderful transition for me.  Sun is a wonderful person, a great dentist, and if I am being honest, way smarter than me. She’s also my personal dentist. In all my years I still cannot think of anyone else whom I would be happier to have continue the practice.

So that brings me to today and my newfound freedom. Am I going to sit home and watch TV?  No, for the last 5 years I have been doing some expert witness work for malpractice cases, mostly helping patients.  I always felt I should quit before someone had to point out to me that my skills were slipping.

I will continue to do some teaching and legal work. I fly light airplanes, and work as a volunteer docent at the Museum of Flight.  I am also currently on the Boeing Field Roundtable representing Beacon Hill and the Rainier Valley.  So, I will stay busy.

I will miss all of you; but I’ll surely see you in and around S. E. Seattle and Costco.  I will never be able to introduce you to my wife, Mariana; as most of you know I’m terrible with names and will most likely have forgotten yours. But I probably will always be able to tell you details about your mouth should we strike up a conversation.

I have had a truly blessed life.  I have had way more adventures than I ever expected; for not being much of a risk taker.  This is a thank you to all of S. E. Seattle.  It has been a whole education in ethnicity, acceptance and appreciation.  S. E. Seattle has been wonderful to me and my family.

I cannot think of anywhere where I would have rather worked or lived.

What a lucky man I was.