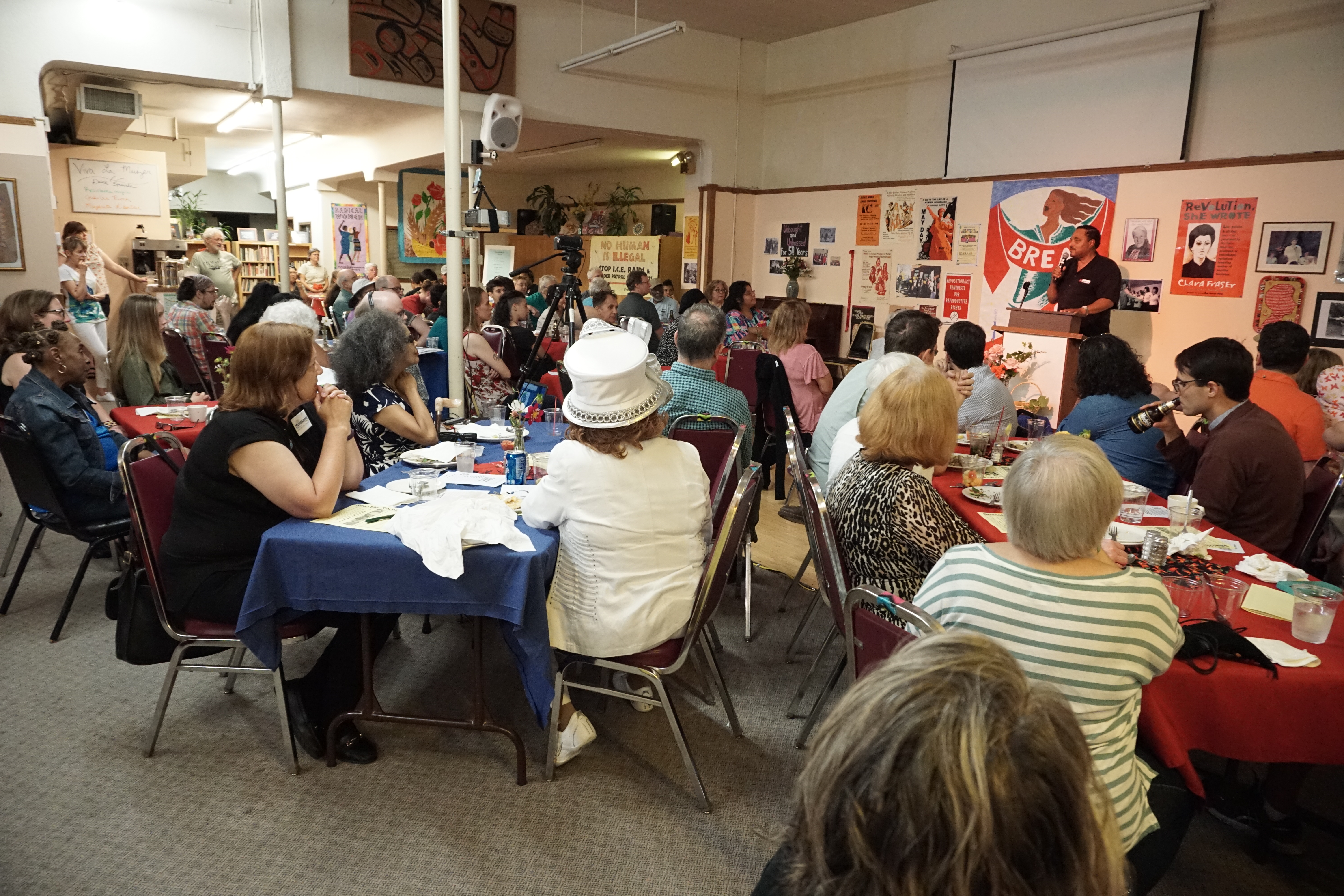 This year marks the golden anniversary of Radical Women, a grassroots socialist feminist organization based in Columbia City. The organization was founded on the revolutionary idea that the leadership of working-class women, especially women of color, is essential to social change. This idea is still fundamental to what Radical Women believes and does today.

In late August, Radical Women celebrated its anniversary with a gala event “Bread, Roses and Feminist Leadership: Walking the Talk for 50 years.” New Freeway Hall, the group’s headquarters, was a packed house of long-time friends and supporters, current allies and first time visitors.

Speakers gave enthralling toasts and reminiscences of their mutual work with Radical Women over the decades. This included Guerry Hoddersen, long-time member of Radical Women, who recounted the early days fighting intense sexism and backlash against working- class women’s leadership. Other speakers were Elmer Dixon, co-founder of Seattle’s Black Panther Party, who met and worked with Radical Women defending the Panther offices under attack by the police.

It was an exhilarating evening of revolutionary and feminist activists honoring the past organizing and looking forward to a united, radical future. Attendees agreed that the collaboration and strength that has been built over the decades is needed now more than ever.

This is the time to counter Trump and emboldened right-wing forces that are destroying the rights, land and livelihood of women, people of color and all working class and poor people.

To know more about and get involved with Radical Women, drop by New Freeway Hall at 5018 Rainier Avenue S. Contact 206-722-6057 or rwseattle@mindspring.com.