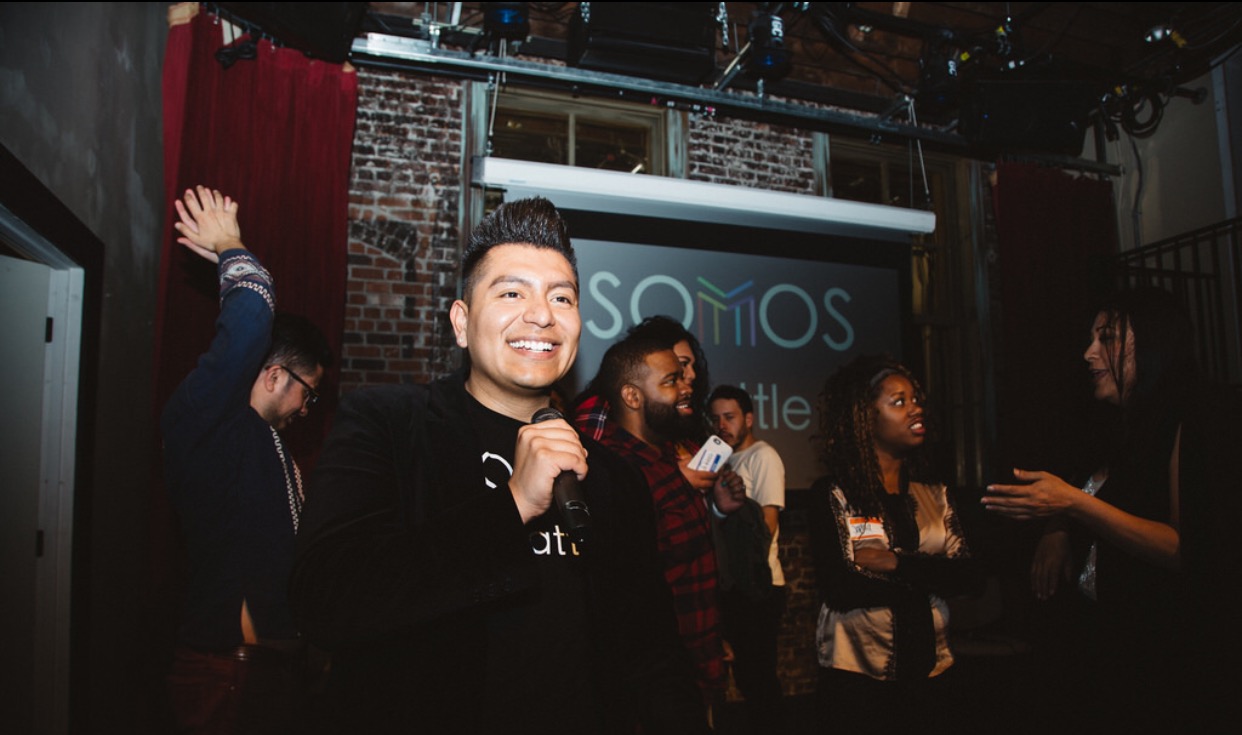 Ray Corona was nine years old when he came to America. He went through public education already feeling the preconceived ramifications of his his status. What’s the point of doing well in school if you can’t work or get scholarships?

After squirming his way through America’s systemic bottleneck with the help of mentors urging him to push forward, Corona made it to college. But when he graduated, the government decided yet again to illegitimate and limit his existence.

Thousands of miles away in Washington, D.C. President Donald Trump rescinded the Deferred Action for Childhood Arrivals, an Obama-era program allowing some immigrants to stay for two years at a time.

Meanwhile, back in Seattle, Corona set his life up to make people’s lives less limited than his own, to make the achievements more feasible, easier. He’s done this by graduating from the University of Washington, being an activist in nearly every immigrant-related Washington policy, by spearheading the Washington Dream Coalition. Corona also created and runs Somos Seattle, a Latinx LGBTQIA+ nonprofit.

During our interview he spoke confidently, donning his SOMOSSeattle shirt and black glasses while his earrings sparkled in the sunlight. His teeth were toothpaste commerical white and he made sure — because of all the press — his hair was freshly cut. Corona looks like an everyday Seattleite.

“It puts me back to 2009 when I graduated from high school,” Corona said. “I knew I could go to college, but I knew I could not utilize my degree. I felt I wasn’t really planning for my future because I didn’t know the things I was able to do. I knew there were a lot of limitations. It took a lot of mentors along the way to push me to where I am today.”

For undocumented immigrants, Corona explained, finishing high school and attending college is a gamble. However, he said many seek to attend college in large part to buy four more years of government approval.

The difference between high school and college, however, is the type of limited upward mobility. Papers essentially dictate a person’s ability to gain employment, move upward in their employment and obtain Free Application for Federal Student Aid. All of these limitations gather to force undocumented immigrants into a socioeconomic trap, unless they risk it all and lie their way into the jobs they are qualified to fill. People like Julissa Arce, a CEO at Goldman Sachs and Jose Antonio Vargas, a public speaker and journalist fall into this category.

“I feel very much stuck,” Corona said. “It’s kind of hard to plan your life normally when your work permit has an expiration date.”

Like many, Corona occupies multiple identities as he’s also gay.

“When someone has never met anyone who’s undocumented or gay and you’re their first interaction, they’ll usually say ‘I’m not okay with this community, but you’re okay,’” Corona said. “Having to constantly come out of different closets, it’s so draining. It’s not just about coming out, it’s about introducing them to this whole different world that they’re not aware of.”

On top of founding SOMOSSeattle, he’s also on the LGBTQ Commission for the City of Seattle.

“I think many folks who have multiple marginalized identities often engage with these [political] systems with the purpose of trying to make them better,” Corona said. He explained the efforts are the root of his activism. “So much is at risk for me. There’s so many things in politics that impact my daily life.”

Corona has been an activist since he was 17 years old when he testified for Washington’s Dream Act. It was the first time he shared his undocumented status on record. Since then, he’s learned coming out isn’t for everyone.

“It’s not just about deportation but wanting to stay as invisible as possible,” Corona said, noting his family uses the tactic. “Maybe there’s times when people are going to get a job and stay at the job forever because that’s their way of keeping themselves invisible.”

He blatantly went on to elaborate that activism asks a lot of people, one of which is the willingness to become uncomfortable. It’s something most people are not willing to do.

Corona regularly fields questions from community members. Sometimes, however, even he doesn’t have an answer. Recently, a mother texted Corona in worry and disbelief about DACA. Corona’s own mother passed away last year, making his response difficult.

“I didn’t know how to respond to her,” he said, “but that wasn’t the moment itself where my heart sunk.”

It wasn’t until a few days later that DACA’s removal really hit Corona. He was sitting in a salon chair. The hairstylist was someone he knew, a fellow activist’s mother, who oozes nurture. The woman, after hearing from her daughter the work Corona does, asked how he felt. Corona broke down.

“I hadn’t been in a space like that since my mom passed away,” he said. “I didn’t know what to say, for a second I just sort of sat there in silence and then she asked if I was okay. I just shook my head. I just broke down.”

It had a lot to do with frustration. He didn’t have answers for the community he cared so deeply about. He wished they hadn’t reached this point. But Corona also attributed the breakdown to a part of activism people rarely address.

“Activists don’t really get a chance to process and go through the motions like everybody else,” Corona said. “Because the immediate thought is ‘let’s just go into action.’ I want to make sure I’m part of the solution and I’m definitely taking responsibility right now.”

Although Corona feels his sense of normalcy and his personal and professional gains are threatened, he worries more about those who don’t know their rights than he worries about himself.

“If I get picked up by ICE, I won’t get intimidated,” Corona said referring to the organization’s practice of pressuring individuals in interrogation. “I’m scared for the people who might not know those things and get pressured into criminalizing themselves.”

The day the news broke, Corona was inundated with reactionary consolations and assistance. He said they were unnecessary. Corona has a community here, one he invested in, where he can go if he needs to.

“There was a number of messages I got on Facebook about people checking in, offering a place to stay,” Corona said. “Honestly, I find it very annoying. I’m grateful but at the same time … I think I’m embarassed and upset that I have to be fighting for my humanity, just to be able to live. Undocumented immigrants put in way too much to the system and don’t get anything back.”

In 2014, there were 8 million undocumented immigrants in the U.S. working or looking for work, according to the Pew Research Center. But this also means they represent only 14 percent of America’s workforce.

Moreover, as undocumented immigrants face the daily threat of deportation and are limited from anything requiring a social security number, they contribute approximately $11.6 billion to the economy every year and pay higher effective tax rates than the top 1 percent.

Someone would think he’d be a little more disheveled given he won’t have two more years, like others might, before he loses his status. Corona’s DACA expires after the six-month allotment given by the Trump administration for renewal. He didn’t make the cut.

“At first, I was a little bit concerned,” Corona said. “But now I feel like I’m ready, and the community is ready, for a permanent solution. We can see legislators being on the same page, not wanting to put people’s lives on hold.”

Staying an activist to his core, Corona remains undaunted. He’s determined to come face to face with the system demanding his absence. He’s undocumented and unafraid.

“People in our government are too racist to understand really complex issues,” Corona said. “I don’t think Trump himself understood what DACA meant for the 800,000 people across the country and for those local economies. We know that there’s racist implications as to why something like DACA has been essentially taken away.”

Corona feels there’s big political ambitions behind DACA’s removal. Essentially, it gives the GOP leverage. If they give back pieces of DACA, they might get more funding for law enforcement in the budget, for example. But this isn’t anything new. Corona expressed how immigrants are all too familiar with their livelihoods being used as political bargaining chips.

No matter what, Corona refuses to return to Mexico voluntarily. He’s built a community and a life in Seattle. His family lives here. Corona is determined to stay put and implement change.

“The city is growing, our communities are more people of color” he said, “and so it’s definitely time for people of color to be in leadership positions and roles. That’s why I’ve put myself in these particular circles regardless of my status.”

One thought on “Meet the Unwavering Undocumented Advocate, Ray Corona”