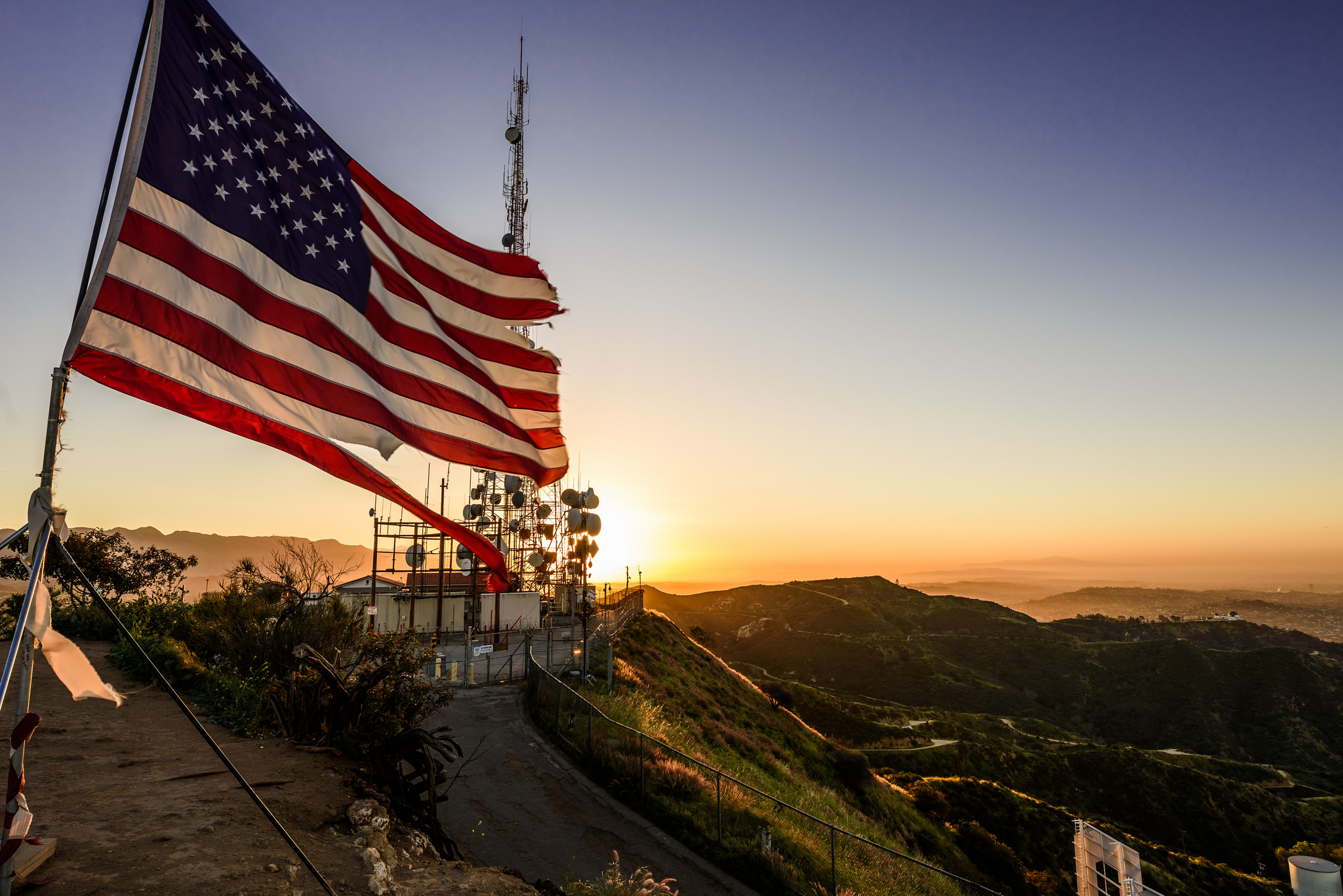 We may not be talking about Hamilton electors any longer, but we still need to talk about what’s next for elections

Nearly a year has passed since the surprising events that unfolded on November 9, 2016. As such, many voters who, last winter, were passionate and vocal about the need to reform the system have moved from talk of Hamilton electors to current-day damage control.

With the Presidential results long since finalized and every last-ditch effort exhausted, Puerto Rico, access to high-capacity firearms, and children’s healthcare have taken center stage. Even impeachment seems unlikely.

The narrative is somewhat resolved—Hillary Clinton was a failed candidate, the liberal media overlooked the real numbers of angry whites, and the Republican Party would do anything it could to secure a win. Russian meddling seems nearly a foregone conclusion—though few people seem willing to actually make much of it.

Last year’s election was not the first time that the voting system failed millions, whether through the electoral college—where the winning candidate received many fewer votes—or through massive disenfranchisement. For many voters, the chatter preceding Inauguration Day sounded an awful lot like that which followed the election of President George W. Bush, complete with mental images of hanging chads and rigged machines.

And, much as it was in 2004, most talk of revamping the electoral college ebbed away when the reality of the new administration set in, only to be dusted off again the next time that a President is chosen not through the number of ballots cast, but through a somewhat arbitrary and antiquated system where some votes simply matter more than others.

Which might lead a person to wonder: How will the 2016 election impact future races, if at all? And how can Washington be a leader in voting rights, access, or even a massive overhaul, if it at all?

Primarily, this is due to the resources our state and local governments have poured into security and access. King County Elections is widely recognized as one of the most meticulous and forward-thinking elections office in the country. And while the department certainly has issues—like historic access gaps in South Seattle—they’ve been working on it, adding ballot boxes and new efforts to reach voters. In April of this year, they launched a large grant with the Seattle Foundation for the express purpose of voter outreach in underserved areas.

Of course, Washington still has plenty of problems left to work out; paper ballots get lost and distributing information about how to replace them is difficult. As the Seattle area becomes a destination for more and more immigrant and refugee communities, the need for additional language services has become a greater issue. The requirement for stamps is also not ideal—though Senator Bob Hasegawa has introduced a postage-paid proposal and King County Elections has been experimenting with small counties for almost a year.

To obtain a driver’s license in Washington State, a person needs some proof of who they are, but not any proof of citizenship. Previously, this has allowed residents who may be undocumented (which can include those born outside of the country, those who may have misplaced or never had access to their birth certificate, or those who can’t afford to replace those documents) obtain some forms of documentation and avoid additional punitive measures, like being ticketed for driving without a license.

It has also meant that they could potentially register to vote—one of the reasons that automatic voter registration has presented a bit of a complex problem. If voting requires a driver’s license and a driver’s license requires proof of citizenship, it could be more difficult, not less, to vote for some.

Secretary of State Kim Wyman has emphasized her support of the REAL ID law—she’s the only top-level elected official who identifies as a Republican in Washington State—the Governor has shown little will to speed up compliance. At present, residents of Washington are in a “grace period.”

Other states, though, are cracking down even harder.

Poll taxes in Alabama, voter ID laws in Texas, and any number of smaller, more subtle methods of deterring voters have made all the more difficult to get out the vote in time for the 2018 midterms—by design.

For all the lefties who threw up their hands because Clinton just wasn’t good enough, there are pieces of evidence that it was voter suppression which cost her the Oval, not a lack of interest or passion. Voter ID laws kept as many as 17,000 Wisconsin residents from two counties from voting in 2016; she lost the state by less than 1%.

Voter ID laws aren’t the only way that People of Color are kept from voting—long lines, inclement weather, lack of access to transportation, reduced voting locations, and the fact that in many areas, the middle of the day on a Tuesday is the only time to vote all contribute. And they’re all ways that Washington has worked to make voting easier.

However, there is no silver bullet—and Washington can’t lead if the rest of the nation doesn’t follow, or even agree that there’s anything wrong. Because in addition to the myriad problems with the current voting system, there is also the macro issue of the system itself.

There has been no shortage of ink spilled over the electoral college, a system which turned 140 years old in February. Designed to ensure that candidates couldn’t win simply by campaigning to cities and other dense areas, it divides the nation up not by votes, but by regions.

Harvard Law professor Lawrence Lessig has been campaigning to reform it. Fear of a party schism has Republicans like John Kasich wondering about it. Clinton told CNN that it was time to abolish it.

This is a tall order, though; a two-thirds majority is required to ratify the Constitution and, at a time when Republicans can’t even get the votes to repeal and replace the Affordable Care Act, it’s unlikely that that many lawmakers could agree to fundamentally change the way voting is done.

Robert Reich has another idea—he’s lobbying for states to work to nullify the electoral college.

“All that’s needed in order to make the Electoral College irrelevant is for states with a total of at least 270 electors to agree to award all their electoral votes to the presidential candidate who wins the popular vote,” he explains. Currently, states totaling 165 electoral votes already do this—including Washington.

Which means that states totaling 105 electorate votes need to pass similar laws. Unfortunately for the movement, most of the states that already do it are those which tend to be more sympathetic to voting rights and access in general—states like New York and California. And, almost a year after the election, those states, too, have their hands full—if they’re not trying to flip Congressional seats, they’re trying to batten down the hatches against regulatory repeals that end in flooding, forest fires, or or worse.

Where we are now

It seems unlikely that a massive eschewing of the electoral college is in the future of the country, regardless of how many pithy videos are released by thought leaders—if only because it has become such a chore to conduct even the most basic of governance. We can’t get clear water to Puerto Rico—how are we going to massively overhaul the voting system?

Voting is, in and of itself, extremely politicized; historically, it has been a way for white people, for men, and for landowners to maintain control and dominance. The ability to vote has been held over those trying to attain some semblance of participation. In the modern era, when the laws so clearly state that voting is, indeed, for everyone, there is a greater element of sneakiness.

Progressives view more access to be a definitively good thing, while conservatives have used the (unproven, unscientific, unfounded) spectre of “fraud” to galvanize their constituents. As a result, voting, like so many other things, is a place to stump and argue, rather than work collectively.

What fraud there has been, it seems, has benefited the right, though.

This has spurred activists toward the nuclear options—abolish the electoral college, move to ranked-choice voting, abandon the secret ballot in favor of even greater convenience.

And some of this may be achievable on a local level; King County Elections heard the call for more ballot boxes in the south end and the number of ballot boxes was increased. New languages are being added to voter’s guides every year. REAL ID is still not in full effect, leaving space for people to get registered to vote even without expensive and often inaccessible paperwork.

In another year or so, the next Presidential election cycle will begin heating up once more—and it’ll be interesting to see if the electoral college is again on the agenda for discussion.

2 thoughts on “A Year After the Election, Voting Rights Are Still Critical”