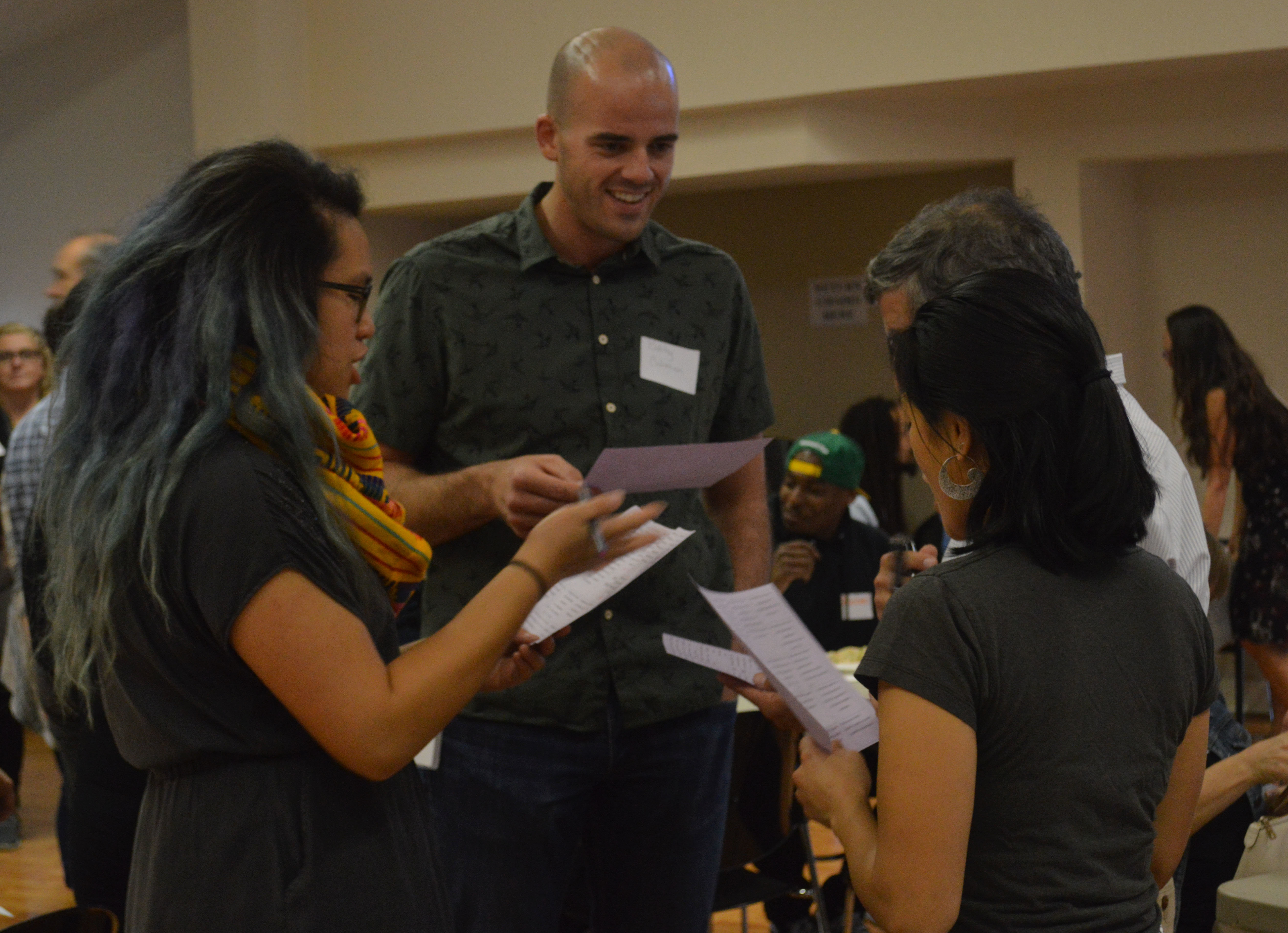 At the end of September, environmental justice organization Got Green hosted a private event at the Southside Commons filled with an unlikely bunch. The audience consisted of business leaders, nonprofits, government agencies and young leaders in the community.

The reason for the gathering:  A chance to use the mechanism of entry level, green living wage jobs to create more leaders of color in the environmental movement and to address wealth redistribution.

Yes, I know it sounds like a mouthful. Let me put this into context. By now most of us are aware of the structural inequalities pushing people of color to the margins of society, while simultaneously benefiting white folks with resources and privileges.

Now imagine watching a 4×4 relay race at a track event. You notice for some folks the passing of a baton is as simple as handing it to their partner; an action that appears to be seamless. Think of this action as passing on generational wealth.

You see that other folks are having trouble passing the baton. Perhaps they weren’t taught this procedure. Maybe they’ve never done this before. Or maybe, there were road blocks in the way making it difficult to even get to their teammate.  While holding this imagery, think about the socio-economic and cultural barriers that people of color face contrasted with the benefits bestowed onto white folks.  Which groups of folks are likely to have a difficult time passing on the baton?

Speaking from my Ethiopian -family experience, generational wealth was not so seamless.  Before coming to America my parents accumulated wealth. They earned degrees at University of Addis Ababa and had established careers.

My mom was an accountant and my dad was a diplomat. After moving to the states, it became clear that when my parents searched for jobs their education and work experience would not be treated with the same respect both had received back in Ethiopia.

Instead of jumping into their careers, my parents were forced to take whatever kind of jobs that would hire them. They worked at the Fred Meyer in the north end for several years. I’m not knocking Fred Meyer, I’m just saying that my parents worked hard to get their degrees and into their careers. However the wealth they accumulated back home was lost upon arriving here.

The loss of generational wealth for people of color is a tale all too familiar with people I know in my community. Starting over seems to be the status quo for our folks. But imagine a world where folks didn’t have to start over. What if we could level the playing field and support frontline communities like mine so they don’t have to jump hoops to pass the baton to their kids?

That’s why Got Green’s campaign to invest in green living wage jobs for low income communities is absolutely vital in leveling the playing field. Last fall, the Young Leaders in the Green Movement –a Got Green committee- campaigned and succeeded in getting a resolution from the City of Seattle to invest in green living wage, entry level positions.

We are fighting for this because we realize that when we support Black and Brown folks with green livable wage jobs then we are resisting against White Supremacy. This movement is a real actionable solution to fight injustice that has plagued our communities for hundreds of years.

With structural inequalities running rampant on our folks, actionable solutions must be made to counter these issues.  An investment in green pathways for low income communities of color is how we can support our folks and be able to pass on the baton to our youth.