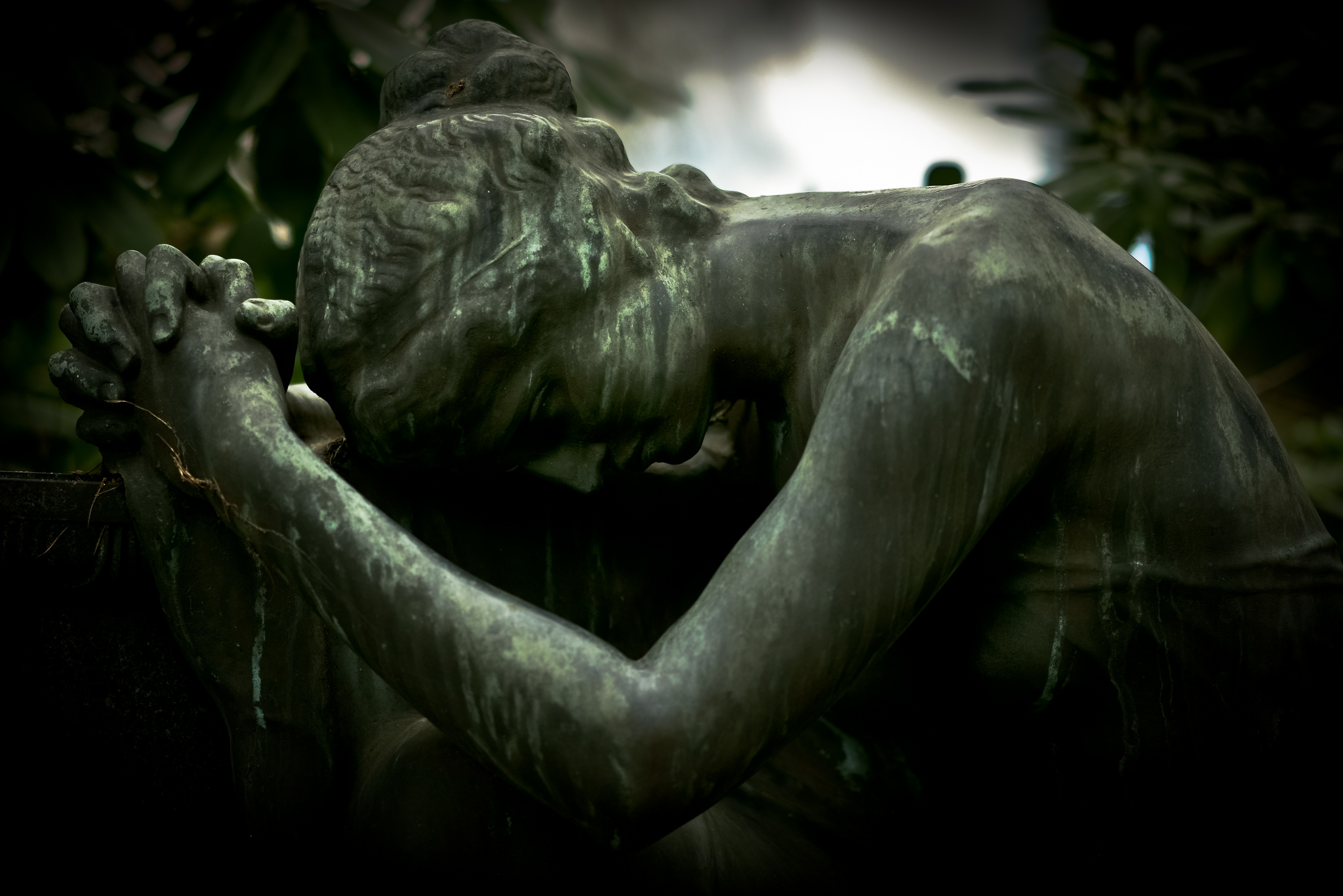 Note: This article contains information about sexual assault and/or violence which may be triggering to survivors.

Reading all the recent accounts of sexual harassment and assault, I’ve been remembering what it was like to experience sexism as a very, very young woman.

I still experience sexism of course but now it’s more in the form of a male colleague who looks surprised every time I say something smart, even though I’ve literally said something smart every time we’ve ever talked, or the helpful gentlemen of the internet who make themselves available to explain things about which I’m already quite knowledgeable, such as my own experiences or fundamental and obvious facts of human life.

When I was a very young woman the way sexism landed on me was different. It was mostly a constant onslaught of invasions and threats to my physical, sexualized body. So many of us experience harassment and violence during these early years. The world is very unfair to young women in that their bodies are seen as objects to exploit and grab, at just the developmental moment when we are most vulnerable to being intimidated, manipulated, overwhelmed, and disbelieved because we are still relatively new at life. It’s extremely ugly, exploitative, and cruel.

I wasn’t an actor or an “important” person so I didn’t know a Harvey Weinstein but I had the men around me to deal with. I worked at a café. Some of the men who worked there were chill and just doing their jobs, some were very gentle, and some were actual friends who talked with me about things like music and books and my life.

But there was also the one I barely knew because of our opposite shifts who pinned me against a stack of boxes in the walk-in, knocking the wind out of me while kissing me and touching my body. There was the one who would watch me while I worked; if I bent down I might stand up to find him frozen mid-action, openly gaping at my breasts or ass. And the one who would grab my arm if he could catch me and, pinning my wrist, spread chocolate on my skin and try to lick it off.

I remember that, when I had to walk to the back of the café, I would gear up to be quick and agile and ready to fight, but not fight too hard, because its work and these are coworkers. Bear in mind that at this point I was a 15 or 16-year-old person, earning $2 an hour plus tips, trying to perform the functions of my job, setting dirty dishes in a tub or getting berries to garnish a plate.

It never once occurred to me to tell the owners. My manager, a woman, certainly knew but I believe that, like me, she saw these experiences as merely one of the facts of a woman’s life.

Even as a white girl and a high-achieving student – the kind of girl who is seen as relatively valuable and deserving of respect – I was subject to a tremendous amount of violence. I did not feel I could afford to do one single thing that might cause me to be held in less regard.

This is an important aspect of white privilege, and it’s a common conversation amongst white people: whether or not it is true that white people in poverty or experiencing violence and adversity are still benefiting from white privilege. Of course we are. Whiteness serves as an invisible shield that, even under egregious conditions, is protecting us in ways we can’t see. Even a terrible situation can always be much, much worse.

I didn’t necessarily understand this in terms of whiteness at that time but I understood that I was seen as a somewhat worthy but exploitable person, and I didn’t have one ounce of worthiness that I could afford to lose. My G-d, if this is how “good” girls are treated – if I’m seen as bad or dirty, I will surely die.

When I meet women who have found a way to explore their sexuality openly and to embrace a kind of “sluttiness”, I feel happy for them. I also feel profound envy of their ability to behave as free persons and I feel profound grief. I don’t know if I would have enjoyed being a sluttier person but I would have liked the safety and the space to find out.

Rape culture has many, many unseen costs, and this is one of them: it makes us police ourselves before we can even know who we are. I wanted to live, and the only way I knew to do that was to limit myself and be the safest kind of girl that was possible for me.

I woke up the other day thinking about nice guys and good men, and how much and how little we expect and receive from them. I thought about the men I worked with at the café who were friends and good people, and about what they did and did not do. They listened to me and treated me as an interesting person with ideas, which I was. I had already experienced a lot of sexual violation by older men, and I cherished safe, non-sexual attention from adult men; they offered this very generously. They lent me books and traded tapes with me.

I confided in one of these coworkers when I was sexually assaulted by a relative. I was 16 and he was 24. I was telling him what happened and it sounded so absurd and unthinkable that I said, “Wait. This doesn’t sound true. I might be making it up.” He told me fiercely, “No! Don’t ever think that. That’s what they want you to think. You’re telling the truth. You did not make it up.” I have held that moment in my heart for 30 years.

But what he did not do – what none of the good men at the cafe ever did – was turn to their coworkers and tell them to stop. They didn’t tell the other men to stop touching me or grabbing me or watching my body when I moved. They supported me as a person, and they were good to me, but they were not willing to have conflict with other men.

What I want the men in my life to know is that its not possible to have it both ways: you can’t have womxn’s backs without standing up to other men. Please let go of that dream. It isn’t possible. In the wake of many “me too” conversations, many men are asking what they can do. Speaking for myself, this is what I want: I want the men who care for me to be braver in their relationships with other men. The niceness, the unwillingness to ruffle feathers or have awkward conversations – it’s literally killing us.

I know that talking with other men about the humanity of womxn is a difficult and sometimes frightening task and I know this in two ways.

First, I have been doing it my entire life without much help from good men and I know that, when challenged on their oppressive behavior, men can be punitive, dismissive, violent, and cruel. Men don’t want to be on the receiving end of this, but honestly, neither do we.

I also know it’s a difficult task because, as a white person, I have found talking with other white people about racism and white supremacy is not very pleasant either. When challenged on micro-aggressions, or not-so-micro-aggressions, white folks can get defensive, cry, threaten, and make excuses. It’s uncomfortable; it does not feel good.

But if I’m going to have any accountability at all to the people of color who I love and who are part of my community, I have to fight my way through these conversations. I’m not in any way bragging about my work in this area. I fail more than I succeed, and I’m very often disappointed in myself. But if I’m not challenging myself to have these hard conversations with other white folks then the love I have for the people of color in my life lacks integrity and rigor, and I’m not worthy of their trust.

The same is true for men. If you love and support us but you’re not willing to have uncomfortable conversations with other men in support of our humanity, that love is thin and incomplete. Love without action is just sentiment, lacking teeth and claws, and truly, it is not something I can trust or rely on. I don’t mean to be harsh; I’m only asking of you what I am asking of myself. You’ll fail just like I fail, but if your love does not have a dimension of rigor and risk, if your love is not fighting for me, then what is it?

I have been thinking so much lately about hearing each other and seeing each other, showing up for each other, and taking risks for each other. The bittersweet thing is that we need each other so much as accomplices, collaborators, and allies, yet its always true that by the time we show up to do that, we are late. Not too late, necessarily, but late.

I feel this when I read men’s heartfelt responses to #MeToo. I think, “I need you so much and I’m so glad you are here,” and I also think, “I’ve been saying this for years. Where have you been?!” I’m hopeful, and the pain and anger are also very deep.

The same is true for many of us non-black folks in our response to state violence against black bodies. It took the advent of bodycams and the internet for us to believe that what black people have been reporting for centuries – centuries! – was the truth. It is shameful and it is late. And it is also the most I have seen in my lifetime of us showing up for each other, and I want it to grow.

In this hardest time, when the earth is burning and drowning, when our greatest cruelties against each other are being exposed, I am daring to hope that we are learning how to listen to and believe and take risks for each other.

We need each other. We are all we have. 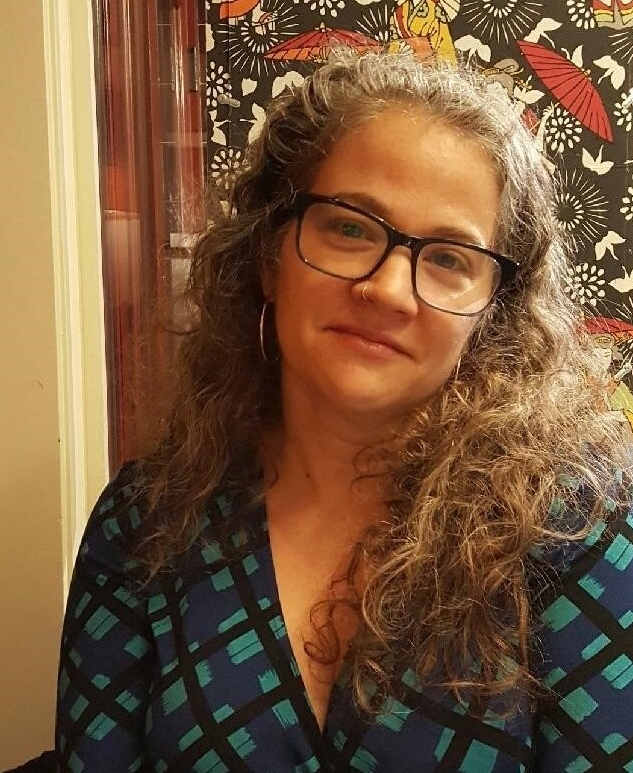 Originally from Brooklyn NY, Danica Bornstein has lived in Seattle since 1996 and in Columbia City since 2001. She is good at feeding people, singing when others are not around, picking up heavy things, and running very slowly for long distances. She has a super modern family and a very sweet crew of loved ones. She works as a counselor and somatic healer.