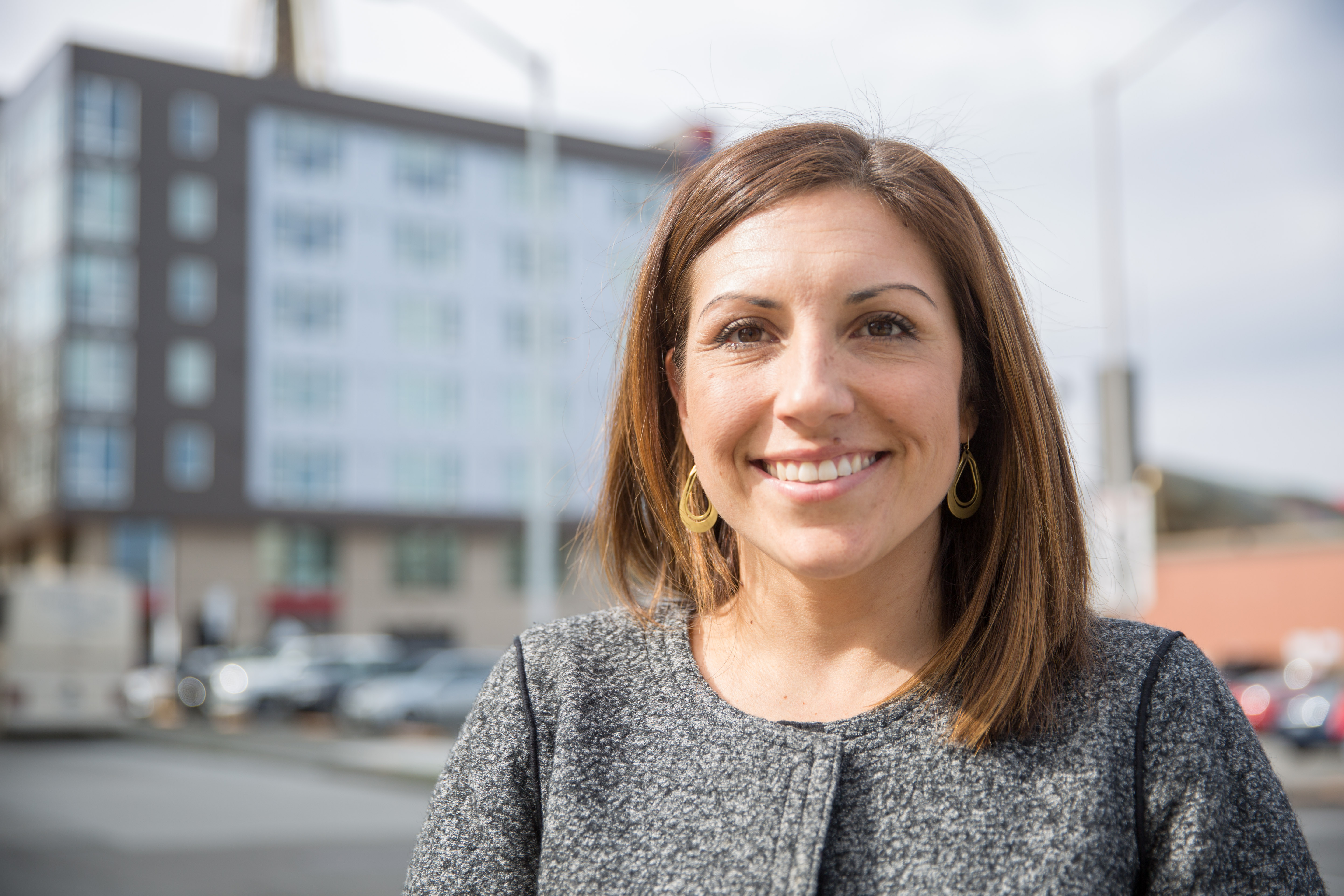 My name is Graciela and I am a DACA recipient. My family came to the United States from Venezuela when I was 7. We became undocumented after overstaying our visas and being exhausted from legal options. Given our undocumented status, we avoided doctor appointments, wary of the out of pocket costs and stories of fellow undocumented immigrants arrested at hospitals and subsequently deported.

Fearful, we considered health coverage was something simply out of our reach. Then in high school, I learned that for me, that wasn’t true, that Washington state offered healthcare coverage for kids like me.

Teresa Mosqueda made healthcare coverage a possibility for me. While I hadn’t met Teresa until this summer, without knowing it, her work had already played a very important role in my life. It came in the form of a wallet-sized Apple Health for Kids plastic insurance card.

Despite my mother’s lingering fear of signing up for a public program and providing personal information, I joined Apple Health For Kids. I had not been to a doctor’s office in years. It was a surprise to see my Provider One card with my name on it. I did not even know that once you received health insurance that you got a card as well!

That card gave me access to the doctors, treatments, and medicine that many take for granted.  And it came in handy senior year when I joined the softball team. One day during practice I didn’t see an infield throw hurling toward me. The big yellow ball hit my face, breaking my glasses, splitting my lip and bruising my face.

It may seem trivial. It’s just a minor sports injury after all, but for my family at the time, due to our limited income, having the costs of a doctor’s visit covered was critical. There were no expenses to us – just my bruised face and ego. But due to Teresa’s work thousands of other undocumented children in this state with more serious medical emergencies and conditions are covered. They and their families don’t have to worry about visiting the doctor’s office. It’s their right. With undocumented children included, Washington now boasts a 98 percent health care coverage of kids –it’s universal.

I need Teresa’s leadership and experience to bring healthcare coverage for all of Seattle’s residents, like my mom. My mom has cancer and is currently under treatment at Seattle Cancer Care Alliance. She was diagnosed with a common form of endometrial cancer, one that could have been prevented had she had access to healthcare. My family avoided hospitals because of the high-costs of treatments, so we ignored our well-being with over-the-counter painkillers. Cancer is one of the leading causes of death for Latinxs and preventive, affordable care remains out of reach for undocumented people.

Yes, Teresa lobbied for Apple Health For Kids in Olympia and I had the opportunity to take care of myself. Teresa Mosqueda is a healthcare and labor advocate with proven results and I am grateful for her leadership in developing and passing policy for everyone. In City Council, she will continue fighting for the kiddos and will fight for their parents, no matter where they come from. Teresa open the dialogue addressing pressing issues affecting the health of our communities.

Teresa helped lead the coalition that lobbied to raise the minimum wage, pass paid sick leave, and then ultimately succeeded in passing an initiative of the voters last November. She lobbied to protect farmworkers against pesticide drift, protect workers from wage theft and retaliation, and fought for injured workers to have protections and a safety net when hurt on the job. That’s the Teresa that I have come to know, and her impact in my life goes far beyond the plastic medical insurance card I was able to carry with me to get needed health care as an undocumented youth.

In Seattle, the gap between the haves and have-nots is growing. We need city leaders who have effectively helped those that need our help the most. Teresa’s passion and commitment in advocating for health care access for underserved and underrepresented communities is seen in my Apple Health for Kids card from high school. She turned healthcare from a privilege into a right for every Washingtonian kid. She knows when and how to rally, collaborate, listen and fight. And once she’s in City Council, she’ll bring her compassion as this city builds more affordable housing and densifies to accommodate the growing number of people moving here, not just the wealthy. Because that’s what makes us healthy.

Teresa’s leadership and actions have inspired me to continue her work on community-building strategies and sustainable practices for organizing targeted communities and making everyone feel included in our city. As well as educate residents on the urgent need for universal health care coverage that saves the lives of our city’s most vulnerable. As I continue my fight for a clean DREAM Act, I want Teresa by my side at our City Council.

Graciela Nunez Pargas is a Venezuelan DACA beneficiary and an activist in the immigrant rights movement. She recently graduated from the University of Washington and is currently fighting for a clean DREAM Act. Graciela has been involved in local and state politics as an advocate for undocumented immigrants, educational equity, and healthcare access.