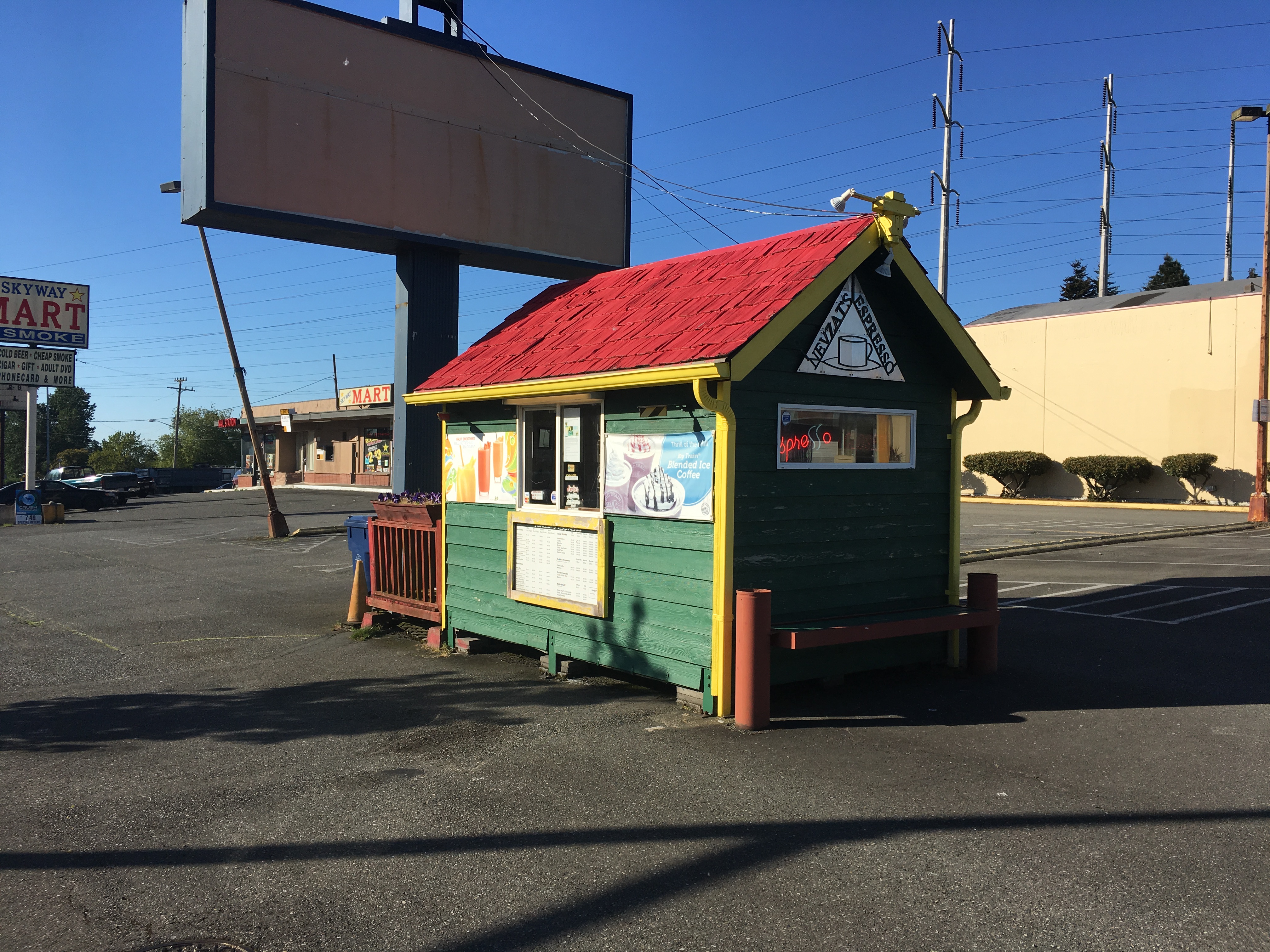 On the 10th floor of the King County courthouse, Skyway neighbors assembled Monday afternoon on behalf of a local business owner. Up for a council vote was an exception to county zoning laws to allow Nevzat Cankaya, the owner and operator of Nevzat’s Espresso, to move his drive thru business across the street.

Cankaya has been battling county regulations since last year, when he purchased a previously-used drive-thru on the other side of Renton Ave. S. from his stand. He intends to open a café with a selection of Turkish food with the larger space.

In June, residents spoke together in a town hall meeting to demand Cankaya be given an exception to move his business. Zoning rules calling for a pedestrian-oriented area stood in the way. Cankaya had been granted an exemption for his current stand by previous King County Councilmember Dwight Pelz and State Senator Margarita Prentice.

Residents of Skyway, in a show of solidarity with Cankaya, made public comments in the King County Council chamber before the vote.

Alex Parry, a Skyway homeowner since 1994, explained in the time she’s lived in Skyway she’s witnessed a decline of the community, but she said she remains hopeful about its future. “We need a place to congregate and talk with our neighbors and friends. That place could be Nevzat’s.” She said in the years Cankaya has been in Skyway, the owner has “created the United Nations of clientele,” fulfilling a community service by matching residents with tradespeople.

Another supporter, Ron Minter, also spoke before the vote. “We need to find out what it takes to bring new people to this country, to bring immigrants to this country,” he said. He described Nevzat and those like him as “working so hard to make this country better.”

Cankaya himself was present for the proceedings, and true to form he chose to spectate quietly from the back of the room while Skyway residents testified to his character and work ethic.

King County Councilmember Larry Gossett, who represents the unincorporated community of Skyway introduced the legislation to the floor. “This was not an easy effort, it took months of discussions with our land use office,” he said.

Gossett stated, “I didn’t know about the issue until after Mr. Cankaya and the other folks who support him initiated a petition campaign and nobody ever called my office.” He explained his office was contacted in the Fall of 2016 about the issue and afterwards he said “we quickly tried to get to the bottom of it.”

In a final statement of support before the vote Gossett said, “I think it’s very important given all the dynamic activities created around this issue, that we pass this amendment. I think it would be healthy for the community because he clearly has a broad base of support from all the various people who live in that community. We were able to propose this change without it impacting other districts in our county that have overlay areas.”

King County Councilmember Rod Dembowski praised Gossett for his office’s work on advancing the amendment. Dembowski cited his experiences growing up in Skyway when it was a “vibrant, special community” and said “it definitely could use a little help.” Of the ordinance, he said, “I think this is a positive addition along with the library and other new investments there.”

The council passed the measure in a unanimous 9-0 vote.

The ordinance grants an exception to King County Special District Overlay for Skyway eating places to have drive-thrus in buildings that existed before July of 2017. In effect, the measure gives Cankaya the right to move into the larger location he already owns across the street from his current stand, even though he isn’t sure when the move will take place since he still has to go through the permitting process and remodeling.

Cankaya, as soft spoken as ever, but with his face beaming, addressed a crowd of his supporters in the lobby after the vote. “Wow. I can’t say anything but thank you.”