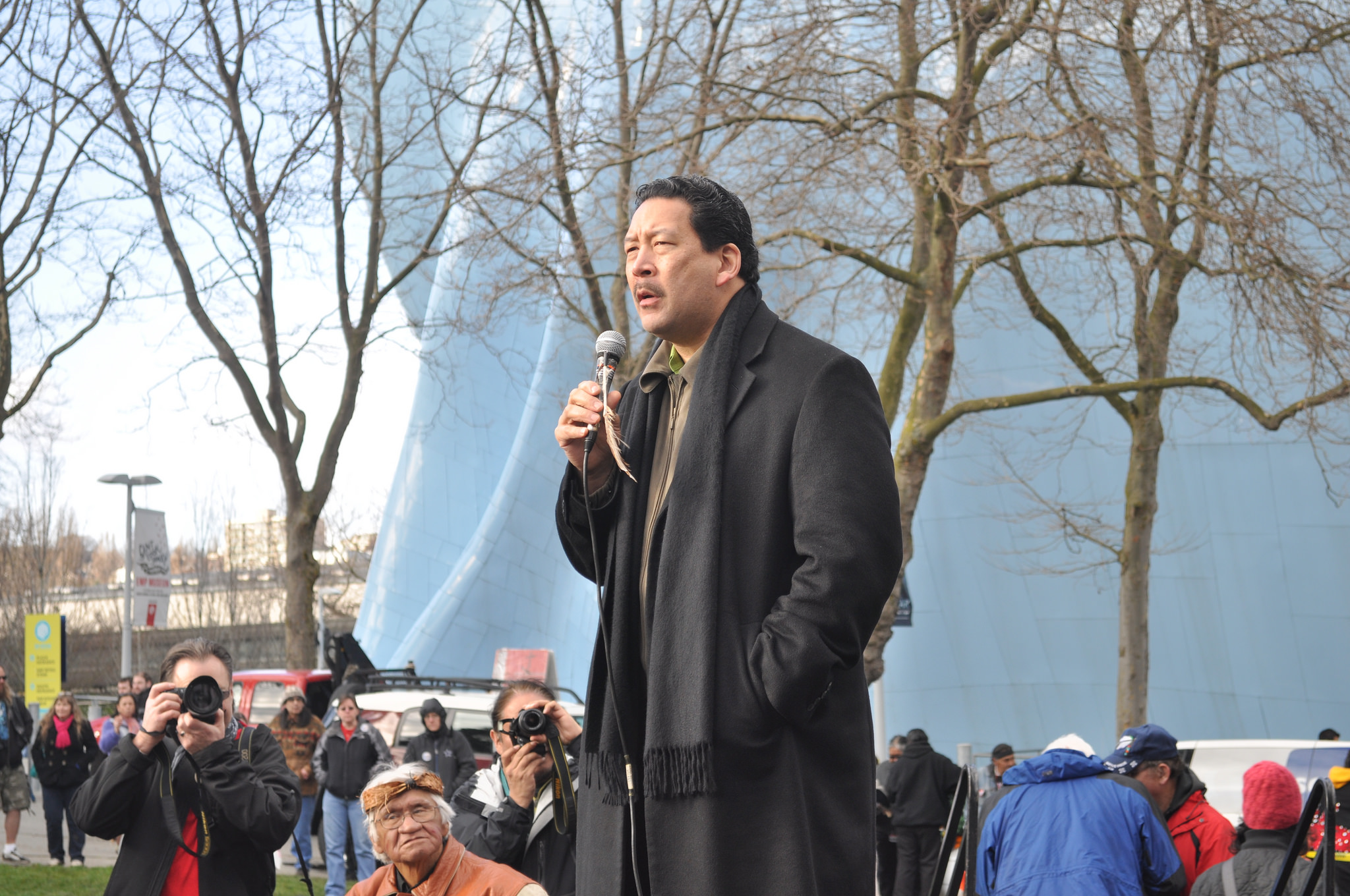 Che Taylor was fatally shot by Seattle police last February. Five days later, a group of demonstrators gathered outside City Hall. Councilmember Kshama Sawant heard and joined them. She was handed a bullhorn and made a speech to the crowd. A video of her speech indicates that she identified herself as an elected official and demanded that the police be held accountable for this act. She did not reference the officers by name, but described the shooting as a “brutal murder.” Community leaders at the public rally described the Che Taylor shooting as “murder.” The next day, she continued her advocacy by seeking Council briefings to address the concerns she heard from the NAACP and others at the rally.

A few months ago, the two Seattle police officers who shot Che Taylor sued Councilmember Sawant for defamation based on her speech. The officers claim that Councilmember Sawant falsely described the shooting as murder and repeated her reference to the shooting as a murder. However, they failed to provide any further context to support this theory, even though I requested more information.

So, what is the law I am charged to enforce? Over-simplifying it a little, the City pays for the defense of employees who are sued for something related to their job if the employee acted in the scope of their employment. If a City employee gets into an accident while driving a City car at work and is sued, the City Attorney’s Office will provide a defense if they were acting within their scope of employment while driving.

The job of a City Councilmember is broader than just legislative activities conducted in Council chambers. It includes listening, responding to constituents and advocating for policy solutions on their behalf. This relationship is at the heart of a democracy: “by the people, for the people.” A Councilmember’s job includes stepping outside to speak with their constituents on policy matters important to them and addressing controversial matters where every word or sentence can be construed for political meaning.

Courts have clearly recognized that a primary obligation of an elected representative is to respond to their constituents on matters of public concern. Of note is a federal decision where a Senator made a speech that accused an anti-abortion group of “murder” and was deemed by the court to be lawful activity that public officials are expected to perform when providing “political leadership.”

Regardless of whether one thinks her statements were irresponsible or even defamatory to the police officers who no doubt have families and friends disturbed by the statements, Councilmember Sawant was engaged in communication that was a clear extension of her office.

When she made the statements at issue, she was responding to a group of people gathered outside of City Hall to voice concerns regarding police use of force. She was addressing policy issues of public concern, not personal issues relating to herself. Indeed, her voice was one of many engaged in the national debate of police violence and black lives.

I have reviewed this matter with legal counsel and have over 30 years of experience as an attorney. After thoroughly reviewing the allegations, pertinent facts, and relevant law, I have decided that Councilmember Sawant acted within the scope of her duties as a Councilmember. My determination that Councilmember Sawant’s speech was within the scope of her employment does not require me to agree or disagree with her statements or approach.

But I must acknowledge that many of the people who elected her to office would attest it is the kind of public advocacy they expect, even demand from their elected leaders in a democracy. My decision has nothing to do with politics. It has to do with applying the law to her role as a legislator and elected advocate.

I have heard from people who disagree with Councilmember Sawant, and thus feel the City should not pay for her defense. They too are outraged. And while many may not agree with what Councilmember Sawant has to say, I believe we must defend her right to say it. That is the cost of free speech. Free speech isn’t really free and we must collectively bear that cost because it is worth the price in a democracy.