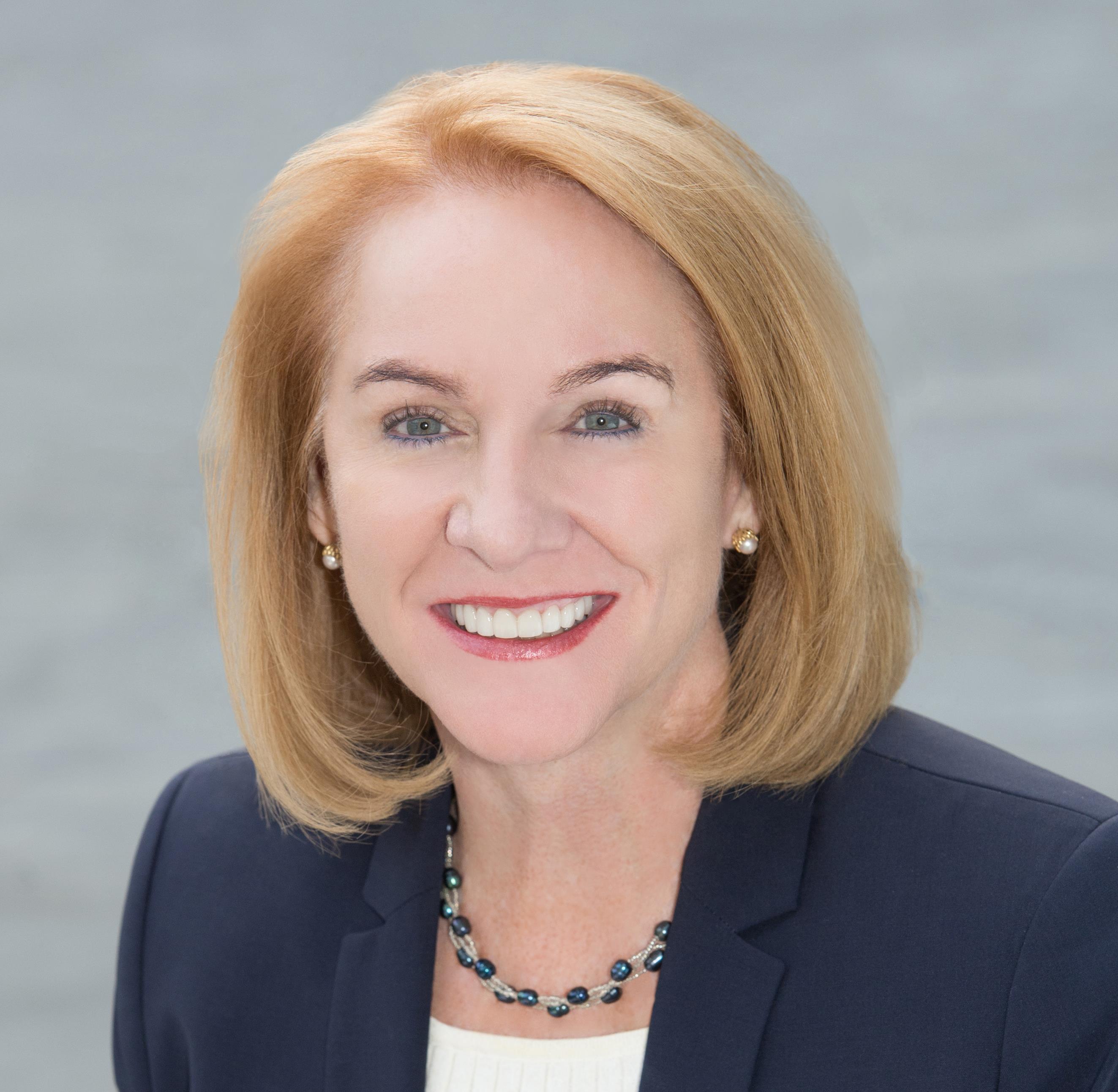 This city we all love is becoming two cities.

In one Seattle, there are boom times with growing paychecks, bank accounts, and home values.

In the other Seattle, too many people are getting pushed out or left behind as an affordability crisis upends lives. Every single day, many Seattleites must confront the bitter reality of institutionalized racism. Communities of color experience disparities on almost every front: health and education, access to childcare, true economic empowerment, rates of incarceration, homelessness, and poverty.

No matter what Seattle neighborhood you call home, we must be honest about these inequities in our city – and we need progressive action, not more talk, to address them. That will be my top priority as mayor.

My life’s best work has been about protecting vulnerable communities, defending civil rights, delivering systemic change, and putting progressive values into action. From working with President Obama as a U.S. Attorney to pushing for real reforms in our police department to helping create King County’s drug court, I’ve brought people together to get things done. As your mayor, I will empower communities to create a more united and progressive Seattle and take on three key challenges: our affordability crisis, criminal justice reform, and protecting civil rights in the Trump era.

Our next mayor must attack the affordability crisis raging in Seattle – urgently working to stop displacement and to put more money in the pockets of Seattleites struggling to make ends meet. That means protecting and creating more affordable housing and building true economic empowerment.

My plan: First, we need more affordable housing in every part of the city. We must use all resources and tools: from building more public housing, to using community land trusts, to empowering community based solutions like El Centro de La Raza. But building takes time. So we must get rent vouchers in the hands of families in need, so they can stay in their homes, reduce the property tax burden on our elderly neighbors, ensure affordable spaces for small businesses and artists, and create adequate greenspace and parks.

We also have to ensure that students from all economic backgrounds and every neighborhood in Seattle have equal access to education. We must build strong coalitions and target the Families and Education Levy to close the opportunity gap for students of color, reduce school discipline and dropout disparities, and build more apprenticeship programs that open the door to jobs. All students should have a debt-free route to earn a credential, certificate, or degree so they can enter the workforce career-ready. That’s why I’ve proposed the Seattle Promise to provide two years of free college tuition for students who graduate from any public high school in Seattle. We know this works, and Seattle Promise will make investments in our students and their futures.

A cornerstone for addressing inequity is reforming our criminal justice system, which is too often the holding cell for our failure to provide real, equitable opportunity or invest in prevention and intervention strategies. As a result, it condemns too many people of color to poverty, homelessness, and an endless, vicious cycle of incarceration and dashed hopes. Seattle is no exception.

For 20 years, I have worked for people in our community who don’t always get a fair shake. As a defense attorney, I represented victims, injured workers, and people of color unfairly targeted in the misguided ‘war on drugs.’ When a beloved member of this community’s son was brutally beaten by SPD officers, I was there for the family. I helped them get the best attorney possible, and I saw the case through. I worked to improve sentencing laws so drug defendants could get treatment instead of prison. When that wasn’t successful, I joined with others to create King County’s drug court and mental health court to provide alternatives to incarceration.

But one of the most important things I did as U.S. Attorney was partner with community groups to finally push reforms at the Seattle Police Department. Our strategy? Push for meaningful transformative change in not just policies, but the culture of SPD. With strong community support, I insisted on a Court-monitored consent decree that required badly needed reforms, like new use of force policies and training that emphasizes de-escalation, a new approach to how officers interact with people in mental crisis, robust supervision, meaningful community input, and honest reforms to address biased policing. We also created the Community Police Commission, to ensure ongoing community oversight of SPD.

While we have made some important progress, the inequities in our system remain. As we have seen recently, we must rigorously and honestly review what works and what doesn’t work in police reform, and revamp policies, training, and actions. We still need discipline with real accountability and no loopholes.

The promise of America requires that we must continue to vigilantly protect civil rights in fair housing, language access, immigration policies, and employment rights.

Since leaving the Obama administration, I have not stopped fighting. The day that Donald Trump issued his travel ban, I got in my car and drove straight to SeaTac. Soon, I got a federal court order to make sure people who arrived here lawfully could stay. If I’m mayor, Seattle will be a sanctuary city for everyone. Why? Because love trumps hate.

In this era of Donald Trump, it is not enough to resist. Words are not enough either. We must show that we can come together around progressive values to address inequities in our economy and society, and to create a more affordable, just future for all people. We must couple our values with action.

That’s what will drive me as Mayor. I will be an advocate for the incredible people and community organizations doing the critical place-based, community-led work to support young people, and reduce violence. I will continue to demand and deliver systemic change. I will bring people together to build a more affordable, equitable, and stronger future so that everyone can continue to call Seattle home.

The following is an open letter of support from South Seattle community members:

It may be fashionable – but not at all accurate – to suggest that “no one” in South Seattle voted for Jenny Durkan or Cary Moon in the primary. That’s what was suggested when the candidates appeared at a forum hosted by Rainier Valley Radio. The truth is Jenny actually came in second in the 37th Legislative District and won some neighborhoods down here, too.

She gets support here because she shows up. She has for the last 25 years, including almost 20 years as a South End resident.

That shows up in the progressive proposals she has put forward in her campaign – from free college tuition for Seattle public school graduates to supporting the incredible entrepreneurs in the south end by increasing opportunities for women and minority-owned businesses to delivering on the promise of police reform.

Jenny has made a commitment to expand Priority Hire and other Community Workforce Agreements to increase access to apprenticeship and careers for people of color and residents of South Seattle and other economically disadvantaged neighborhoods. She’ll build on the partnerships with community-based organizations, like Got Green, Casa Latina, El Centro de la Raza, Urban League and LELO, and expand investments in pre-apprenticeship programs and transportation, childcare, and other supports needed to increase opportunities for all our communities.

Here are a few examples of her standing by our neighbors and for social justice in tangible ways. We wonder if her opponent could come up with something similar.

And it isn’t just her work as an attorney and advocate. She has listened to and learned from community members in shaping her proposals for free college tuition for Seattle public school graduates, rent vouchers to help with significant rent burdens stay in their homes, reducing the property tax burden so our elderly neighbors can keep their houses, supporting minority owned small businesses, challenging the anti-affirmative action laws, expanding apprenticeship opportunities, speeding up the building of mass transit, and getting to zero youth detentions.

And on and on.

That’s Jenny. She shows up. And she delivers. Last week. Last month. For the past 20 years.

And she is still here and will be when she’s Mayor, too.

One thought on “Building a More Progressive, Equitable, and Affordable Seattle”