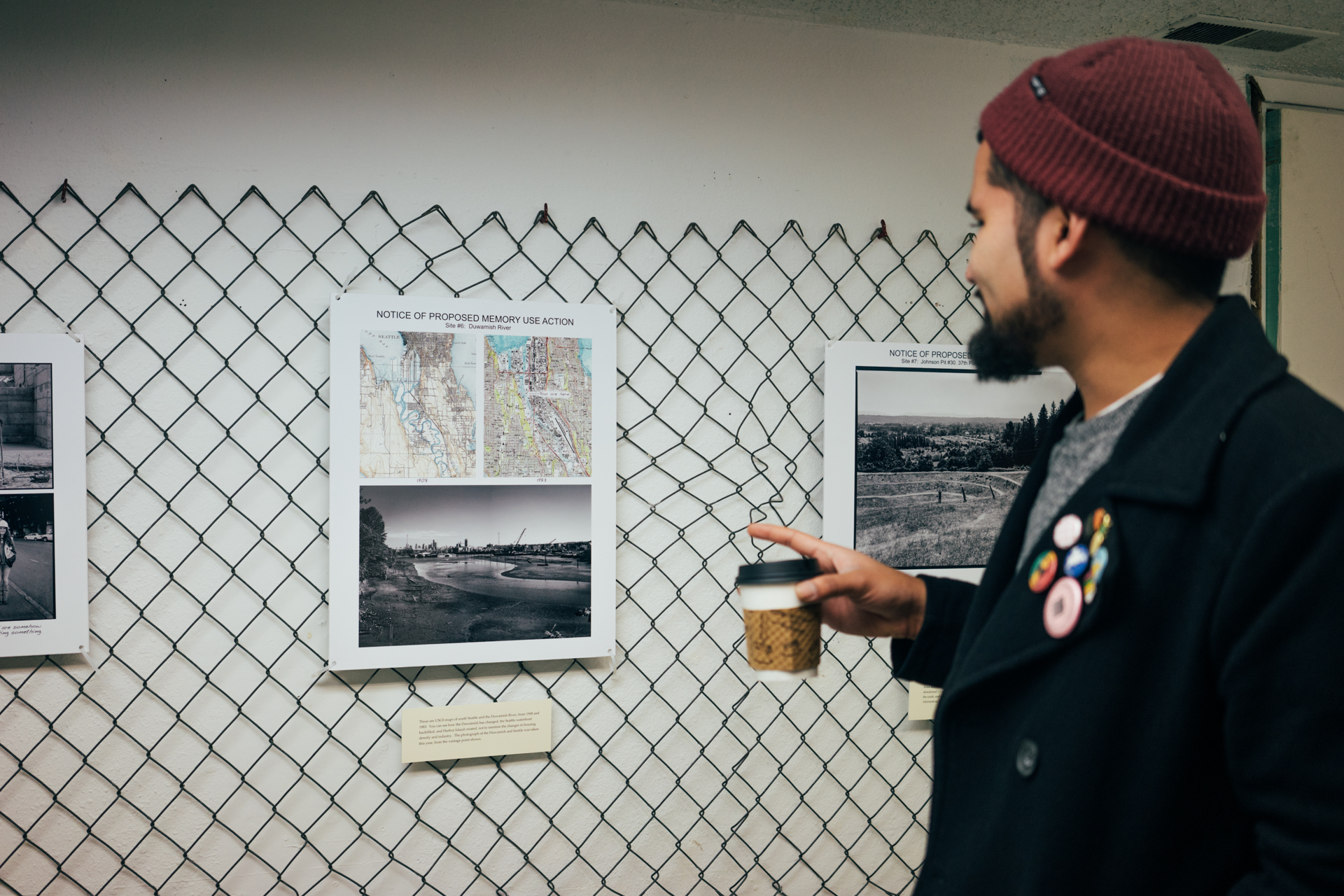 At the intersection of 15th Ave and Beacon Ave S visitors will find traces of the Beacon Hill neighborhood’s past, present and future. With the addition of a light rail station in 2009 just a block away, and recent housing developments, a neighborhood that once contained a significant number of people of color owned businesses has steadily undergone a transformation.

Well known to Beacon Hill residents, the 2500 block of Beacon Ave has epitomized this shift – one that many long time residents find troublesome.

In 2016 many in the city mourned the loss of Inays restaurant on this block. Popular Latin American businesses Carnitas Michoacan and La Tienda remain for now.

Betty Jean Williams, the founder of Beacon Arts was recently contacted by Scott MacDonald owner of the building that housed Inays. After some negotiation, a decision was reached to convert the temporary vacant space into a pop-up art gallery on the block. The building’s name is now Beacon Arts Warehouse TBD. Emphasis on the TBD, says Williams.

On Sunday night I found myself at the TBD Warehouse space for its second-ever art show. I entered into a space painted all white with ceilings so low a friend of mine had to duck his head to enter. Once inside I noticed a chainlink fence on the wall with a mounted ‘proposed land-use’ sign. Sunday’s gallery viewing was called “Memories”,  and featured two local artists whose work deals directly with displacement and gentrification. Artist Michael Sobel used a mix of maps, writing and documentary photography to showcase the memories of houses and spaces around the northwest that have since been torn down. Each subject was framed within a format all-too-familiar to Seattleites: the proposed land use form. (See his work here.)

Bright and energetic, Gabriella Duncan presented “Peoplelessness” and “Homelessness”,  which showed two sides of the nation’s housing issue. One of her pieces showed abandoned homes from around the country. Her other piece was a collage of photos arranged in a diary-format that beautifully documented her family’s struggle with addiction and homelessness.  (More of her work here.)

An all volunteer non-profit, Beacon Arts has usage of the space until it gets demolished, curator and Beacon Arts volunteer Sonja Borsman told me as she filled a gallery attendee’s wine glass.

In fact, the entire block of business is scheduled for demolition to make way for a new development sometime in 2018. Chatting more about the significance of this block to the community, Sonja tells me the neighboring shops are packed with families on a daily basis. For now at least.

For the time being, the space plans to host future exhibits, along with a virtual reality experience, and a hip-hop education space in the coming months.

One thought on “Despite Changes, Gallery Continues Making “Memories” In Beacon Hill”