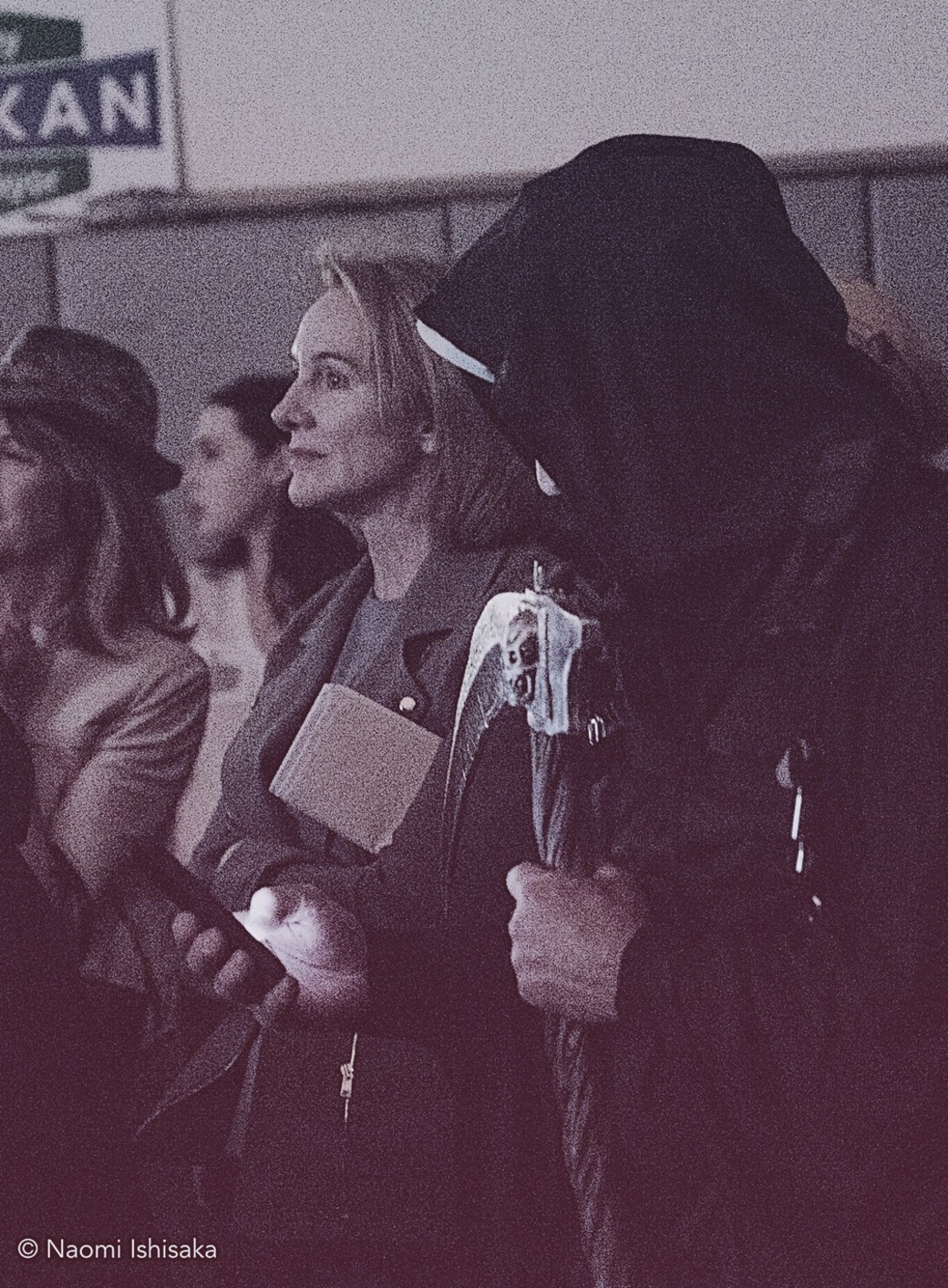 For a lot of white people, it took Trump to wake them up. In an era of Trump and Neo-Nazism, progressive America is looking to white liberals to save the day. We’ve called upon Hollywood stars and left-leaning democrats to help lead the charge against Trump’s xenophobic regime.

The mobilization of White communities has been ignited by prominent white figures who find themselves situated on the left. These individuals are speaking out for the first time, and, in some cases, have taken it upon themselves to take the lead in the fight for justice.

As Trump continues to bring shame to many in the White community (kind of like a white person’s racist uncle) and cement his position as the worst kind of white person, being anti-Trump suddenly became the new standard of what makes you a good white person and in some cases even, a progressive.

Will it be when oppression starts to affect the white experience?

It comes as no surprise that liberal white politics has dominated local elections. Seattle recently elected Jenny Durkan to be the city’s next mayor.

She is a gay woman.

She speaks out against Trump.

Jenny Durkan is an American Hero.

Jenny Durkan has been asked by two different mayors to serve on the Citizen Review Committees for the Seattle Police Department. Durkan was appointed by former president Barack Obama as the United State’s first openly gay US attorney. During her time as an attorney, she won major cases including the case against the Seattle Police Department that landed SPD a consent decree. White Seattleites are excited about their new mayor and describe Durkan as a “champion for the people”.

If Jenny Durkan is a champion of the people, why didn’t she speak up for Jeff Simpson, a 49- year-old man of color who said he was also raped by Murray when he was just 13. ‘When Jeff decided it was time to speak out against the child abuse done to him by Murray, why did the champion of the people, Jenny Durkan, remain silent and contribute to the process of victim blaming?

If Jenny Durkan is a champion for the people, why didn’t she speak up for Maurice Lavon Jones, a 44-year-old black man who is currently serving time in King County Jail on drug charges? Why would she ignore a black man, another alleged victim of Ed Murray, when he spoke out about the ways in which Murray abused him? If Jenny Durkan is the white liberal savior our disenfranchised communities have been waiting for, why did she ignore the overt abuse that appeared to be done to the very people she was claiming to be an advocate for?

Why did it take a 5th accuser for Jenny Durkan and the city of Seattle to take the allegations against Murray seriously? Why did it take a white man speaking out against Murray, for Murray to step down and for Durkan to remove Murray’s endorsement from her website? Why did Jenny Durkan, the champion of the people that promised to slay Trump and all his bigotry for all people, ignore the abuse done to all these black and brown individuals?

“But many people of color know what was going on—a white person confirmed what brown people could only accuse.” – Gyasi Ross, member of the Blackfeet Nation, on KUOW.

Native American and black women have always spoken out against the sexual abuse and rape culture they’ve suffered from, but no one has ever listened. #MeToo (a hashtag created by a black woman named Tarana Burke) continues to be a powerful and painful wake up call for people all over the world. However, similar to the situation with Ed Murray, it takes the voices of white people for industries like Hollywood to both listen, and subsequently take action.

When the 3 men of color spoke out against Ed Murray, they were met with apathy, distrust, and judgment, eventually being forced back into silence. “Liberal publications” like The Stranger ran smear pieces, discrediting these black and brown victims and promoting trans-phobic narratives. (You can add The Stranger’s biggest public figure Dan Savage, another white liberal “champion of the people”, to the list of anti-Trump fauxgressives.)

Ed Murray finally stepped down from his office only after his cousin accused him of molestation. Only then did Jenny Durkan remove Murray’s endorsement from her website and jumped on the “Murray must resign” bandwagon. It’s telling that her concern was not because black and brown victims spoke out. It took a white accuser before Durkan questioned the status quo. When Murray’s alleged abuse hurt White people it became urgent and unignorable; it hurt one of their own.

If Durkan’s recent silence in the face of child abuse isn’t enough to call her heroism into question, what about her hiring of a known child rapist as an FBI Informant while she was a US Attorney?

In 2011, Durkan paid Robert Childs, a white man convicted of child molestation, rape (twice), and failure to register as a sex offender, as an FBI informant. To break it down, she took a child rapist on as an informant, and gave him a salary all to support what she thought was best for her people. At the time, Durkan defended her actions by saying,“it’s not the saints who can bring us the sinners”.

Seattle has elected their first woman mayor in 91 years, Jenny Durkan. This is a feminist feat so great that even Miley Cyrus took to Twitter to congratulate Durkan. For the Seattle liberals whose progressive values start and end with being Anti-Trump, I congratulate you on electing the mayor you wanted.

Our new mayor is definitely a political leader–one we know all too well. A political leader who will only speak out when her whiteness and/or wealth is threatened. For the next three years, let us all notice how great she will look in contrast to President Trump despite being a dyed in the wool corporate, neo-liberal Democrat.

She will ignore the oppression of many under-resourced communities and will further suppress their need for deeper equity. With Seattle becoming whiter every year, Mayor Durkan might even be able to get away with all she is doing for rich white liberal Seattleites. After all, under-resourced communities might not survive here in Seattle as homeless sweeps continue to happen, as low-income people continue to suffer from the effects of gentrification, and as this displacement continues to disproportionately affect communities of color.

Communities of color should now know they can’t count on Jenny to speak out on their behalf. Also know that we have no right to complain about champions like Jenny Durkan or Hillary Clinton, because they are the ones who we have been told will save us from Trump.

Jenny Durkan is the only American Hero we are allowed to have. She is a “champion” for the people who can afford to buy a champion. This is Seattle’s new mayor.

It will be our job to listen to one another, to do cross-constituency organizing and to find ways to hold politicians accountable. Let’s let Mayor Durkan know communities can’t get screwed over on our watch. Always remember the power you hold in this relationship and she needs you and she knows it.

DAE SHIK KIM HAWKINS JR. currently lives in Seattle WA and is a member of the Seattle Peoples Party. He is involved with many advocacy coalitions and grassroots community organizing groups. Dae Shik is a freelance writer that covers topics around religion, race, justice, and politics. Some publications that have published his work include Sojourners, Inheritance Magazine, The Establishment, and The Nation. Dae’s column, The Political Pulpit, can be read on the South Seattle Emerald every other Sunday. Follow him on Twitter @daedaejr

5 thoughts on “Political Pulpit: It’s Not the Saints Who Can Bring Us The Sinners”