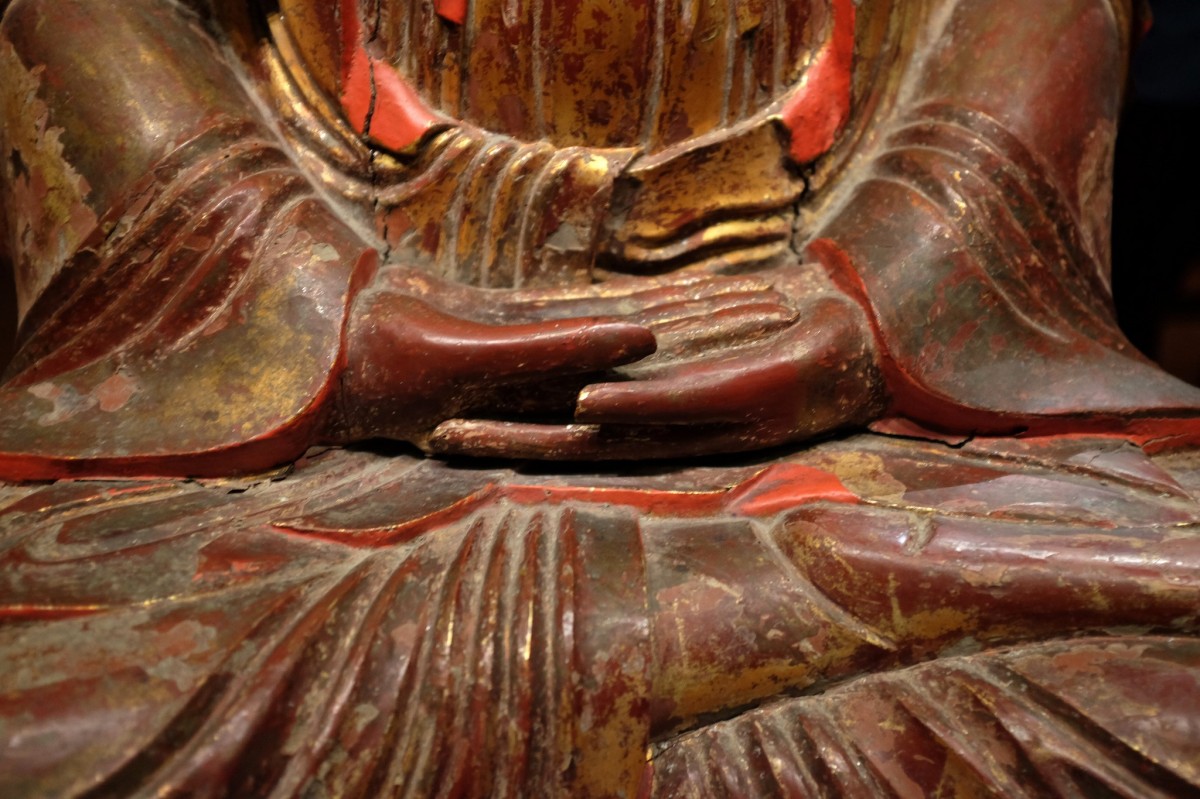 Jason Wirth is a Professor of Philosophy at Seattle University, a 11+ year Rainier Beach resident, a Zen Monk and author of Mountains, Rivers, And The Great Earth: Reading Gary Snyder and Dōgen In An Age of Ecological Crisis. He talked to us about his book looking at the legendary Beat poet Gary Snyder, Snyder’s use of the 13th century Buddhist priest and Zen poet Dogen, visiting Snyder’s home in Nevada City, California, the connection between water, compassion and the bioregion known as Cascadia and the necessity of “identity politics” and how to make them unnecessary. Here is a portion of the interview. You can hear it all here.

Paul E Nelson: You made the connection between water and compassion. When we live in this part of the world, water, especially this time of year, November, water is a very real fact of living. Not to mention the fact that here in this neighborhood there’s at least two of the city’s three perennial creeks. Not to mention that Seattle’s surrounded by water. Lake Washington is nearby, the bay is nearby. What do you think makes that connection more especially profound in Cascadia? What are the implications, I think, of that connection?

Jason Wirth: We are the water salmon people. I think that’s simply true. Two reflections, one anecdotal and one philosophical. The anecdotal one, I remember going to the receiving of the canoe families when the Squaxin people down in Olympia held it, and as the canoes all came in from up and down the Coast Salish historical territory, as far away as Alaska, as all the canoe families had been received, they then, the Squaxin elder, asked everyone, no matter what your religion is, say it in terms of your own path if you need to, but we’re now going to thank the water for our life. I simply said, “Yeah.” That sounds eccentric, and magical, and superstitious, but really it’s the exact opposite. Not to be able to see that water gives us life, that our body is a majority of water to begin with, to be in Seattle, blessed with rain, and here we are cursing the rain because we’re not living in Phoenix-like conditions, this is crazy. It’s all speaking to how profoundly spatially alienated our mode of habitation has been in this part of the world.

We look at this land as if it’s separate from us. We look at the climate as if it’s something that should serve us and fit our preferences rather than thinking, “What are all the ways in which this climate, among its many fruits, is the fact of us? That we’re able to be here. That it gives us life.” If we imagine that we own it, and can’t see it really as the other way around, we belong to the Earth. We are its gift and fruit, not that it’s there for us as something that we can carve up and sell and use as we feel. This level of profound alienation is going to be the end of us as a species, I think. But here, especially in Ish River country, man oh man, it’s the gift of this place, that as stupid as we are, as impoverished as our practice is, here just pounds at you. People, as dim as we have been, people begin to start to get it here. There is a level of receptivity, however flawed, however wanting, that you can still see that it’s begun. It’s begun.

Paul E Nelson: The power of compassion in the water itself works on us.

Jason Wirth: It works on us. The philosophical reflection on water, what’s interesting about water as a figure of compassion is that water, which is also aligned in the Mahayana tradition with emptiness, because it has no position of its own, because there is metaphorically no form of water … Again, we’re speaking about water as emptiness, not just the literal fact of water. But you can see easily in actual water, because it has no form of its own, it can take any form. We turn back to identity politics. When the form of who we are means that the form of who you are does not matter to us, you have to insist on the dignity of your form. And well you should, and I think you have no choice. It’s that or perish. I get it. But compassion is, “You never should have been in that situation to begin with.”

The mind itself is water. So the teaching in Mahayana really works like this. The journey inward, to prajñā, to wisdom, to clarity of the mind, to the deep, calm, bottom of the ocean of the mind, wisdom within expresses itself as compassion without, as it moves out. It is the mind being able to hold, and cherish, and appreciate all things human and non-human, that’s what compassion is. That you never mattered to me, even though I’m in a species-mad, self-obsessed species. One hand, humanity sees itself as the only life form that truly matters. Catastrophically, it thinks that. But it’s not even true that in thinking that, that all of our species matters. Well, actually it turns out very little of it matters.

It’s crazy. It’s moving more and more in a suicidal direction. This, of course, is the paradox of the climate crisis. You’d say, “Well, selfishness should at least be good for selfish people. At least they’ll get more stuff for themselves.” But really what selfishness is doing is it’s cutting ourselves off from our own species. It’s cutting our species itself off from all the climates that make it possible, that make it flourish. That make it flourish as it co-inhabits and co-shares its way of being with other ways of being. Selfishness serves no self.

Paul E Nelson: Shoveling coal into the engine of a freight train careening out of control.

Jason Wirth: That’s a crazy thing to do.

Paul E Nelson:  Yeah. You mentioned that Snyder and Dōgen are “critical interlocutors in the emergence of an Earth philosophy, poetics, ethics, science.”

Paul E Nelson: I’d love to hear … I think we’ve already been hearing what’s at the core of it, but I’d love to hear you elaborate on that phrase, “Earth philosophy, poetics, ethics, science.”

Jason Wirth:  Yeah. I’m really also very suspicious of the manner in which thinking has taken over a very unfortunate metaphor from capitalism, which is hyper specialization. The philosophers only know philosophy, they don’t know science or poetics. The poets … not the good ones, but the worst of poetry is you just imagine that poetry is just expressing your subjectivity, or …

Paul E Nelson:  I’ve heard poets tell me, “I don’t like to read other poetry because I don’t want it to influence me.”

What I loved about meeting Gary Snyder was having the treat of going into his library, and spending some time in his library. Of course, he’s so extraordinarily well read in everything. That’s what it takes. In what way does science need poetry? That’s a philosophical question.

But a philosophical question brings dignity back to philosophy when we can think deeply about the relationship between science and poetry. Poetry left only to the wiles of subjectivity is aligning itself with a sense of ourselves completely alienated from an Earth that science, for example, can help us understand. Help us understand how our body shares its own possibilities and its own paths with other life forms. 145 genes in every human being are totally non-human. Just alone our genetic makeup already is not just human. We’re not human. We’re not free-floating subjects out of which magically emerges some poetic creation. We’re channeling deeply the earth, what it is to be here now.

You can hear the whole interview here:

And other interviews by Paul E Nelson at: http://www.AmericanProphets.org

Paul Nelson is a poet, interviewer, father and literary activist engaged in a 20-year bioregional cultural investigation of Cascadia. He currently lives in Rainier Beach.

Featured image is a a wiki commons photo