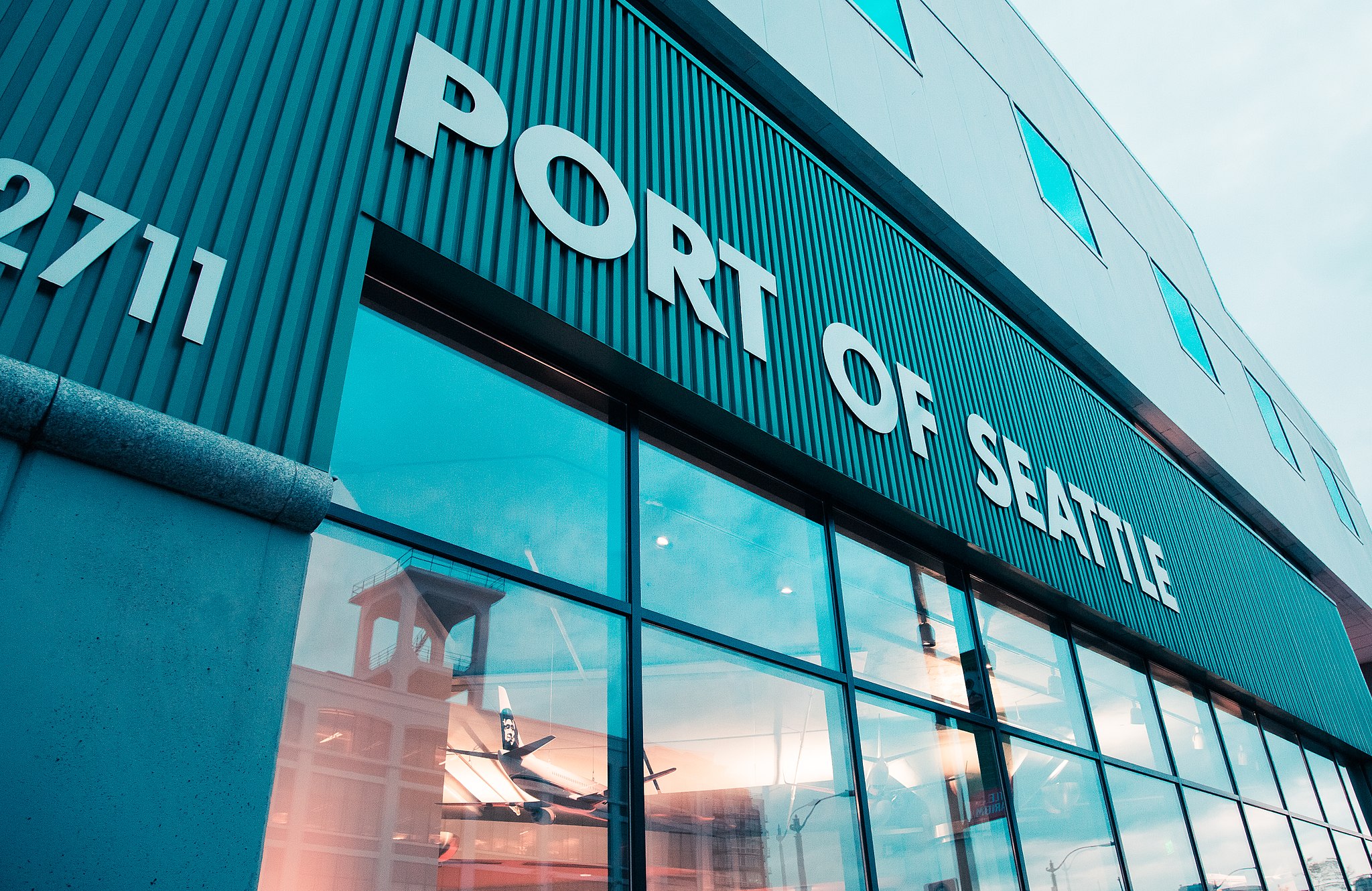 As polls began to close on November 7th, it was clear that a change was in the air. Seats in deeply red areas of the country were turning blue and campaigns built on keeping things the same were being trounced by those which insisted on progress. The first drops in Washington State showed a similar pattern; the voters of the 45th district had elected a Democrat to replace the late Andy Hill, once again creating a Democratic majority in both the House and the Senate.

But in the Port of Seattle races—which featured a diverse cast of candidates and garnered much more attention than in previous years—there was no such wave. In the two races where a person of color ran against a white person, the white person won. Stephanie Bowman kept her seat against challenger Ahmed Abdi and long-time Seattle politician and architect Peter Steinbrueck beat Preeti Shridhar for a seat vacated by Tom Albro.

One incumbent, however, was unseated, though not immediately so. Ryan Calkins managed to do the previously unthinkable by ousting John Creighton, who’d held the seat for over a decade and was substantially better funded.

All things told, the Port of Seattle will look much the same as it did this time last year; two women and three men, all of them white. But the newcomers—Calkins and Steinbrueck—are both optimistic that the combination of increased attention, fresh blood, and a more sympathetic audience in Olympia will mean that the Port may make news headlines for what it accomplishes this year, and not just when it’s embroiled in scandal.

Harnessing the Power of the Port

Though it’s rarely one of the governing bodies receiving the most attention, the Port of Seattle wields a relatively large amount of power over the region. The five commissioners, who get paid just a part-time salary, are officially working to “safeguard the Port of Seattle as a public agency whose primary mission shall be to invest public resources to advance trade and commerce, promote industrial growth, stimulate economic development, and create jobs,” according to their bylaws. In practice that means that the Port holds taxing authority, collecting tens of thousands of dollars each year, and awards many of the most lucrative government contracts in the state. They also oversee the operations of huge economic drivers, like the airport and the shipping and receiving operations, and are responsible for securing new business agreements. The Port’s Century Agenda, adopted in 2012, aims to add 100,000 new jobs by the year by 2021, bringing the total of Port-related jobs to over 300,000.

And yet, Calkins said on the campaign trail, “I’ve never heard anyone ask what the Port is doing about homelessness.”

Indeed, the Port of Seattle has managed to escape responsibility, at least in the public eye, for many of the region’s most critical issues. At a time when voters are demanding conversations about affordability, jobs, and housing, the Port—a governing body which owns substantial land and has access to a great deal of potential capital—has rarely been implicated.

When the Port has wielded its power in the last five years, it’s been fairly unpopular with the voters. Despite pleas from other elected officials to drop it, they spent a lot of time and money fighting against the successful bid to pay airport workers $15. It was also the Port Commission who made the controversial decision to lease space to a Shell Oil drilling rig—a choice which Creighton called “haunting” in a 2015 interview.

Steinbrueck says he hopes to turn that all around and try to address some of the region’s major problems with the power of the Port.

“The Port seems to me to be a way undervalued part of government. I want to work to expand opportunities.”

Specifically, he says, he wants to use the region’s “tremendous resources” to focus on what the Port of Seattle is uniquely positioned to do: Take concrete steps toward job creation, job training, apprenticeship training, and small business development.

“Cities don’t do economic development,” he explains, “but the Port can.”

He would know; Steinbrueck was a member of the Seattle City Council for ten years in the late 1990s and early 2000s and a business owner himself.

Calkins says he already has big ideas about what they can do—specifically, he says, he’s already been making the rounds and talking to lawmakers in Olympia about I-200, a decades-old Eyman Initiative which prohibited priority hiring by governing bodies.

“I think one of the biggest things we can do is take advantage of a Democratic Senate,” he explained. “I don’t think any one of us is opposed to repealing I-200 so we can speak with one voice.”

I-200 has severely curtailed the ability of government agencies like the Port to ensure that big contracts are going to a diverse range of businesses. Instead of ensuring that marginalized communities are able to take advantage of top-dollar partnerships with the airport and the shipping companies, contracts are often awarded in a more closed-door way which leads to noticeable equity gaps. Calkins said repealing it—which would need to be done at the state level—would allow the Port to course-correct.

“If they’re able to make that step then the rest of us can go do what we need to do,” he said.

Calkins says he’d like to see the Port Commission looking into the kinds of policies that are the most cost-effective, but with the biggest impact on the future. One example he gives is addressing the ongoing issue of air pollution in South Seattle, which both impacts the health of the residents and has implications for the environment.

“There are benefits in the short and long-term with that…you can improve local air quality right now and significantly reduce greenhouse gas emissions in the future.”

One of the biggest changes that the new Port Commission will face is elevated scrutiny. While there’s still little day-to-day media coverage about what the Port of Seattle is doing, the increased interest in local government is undeniable. The November election, for example, managed to draw out more than 20% more voters than previous midterms. And rather than becoming buried beneath the surface, the Port of Seattle races became above-the-fold news, with both candidates and voters who were more engaged.

The new Port Commission won’t solve every issue, particularly not the ones regarding who’s actually at the table; because all of the Port seats are at-large, there’s been a historic lack of residents from South King County. Calkins, though, says he believes that they can still bring communities to the table.

Accessibility will be critical according to both new commissioners; both Steinbrueck and Calkins voiced support for greater community buy-in and even meetings out in the neighborhoods, rather than their current locations, which are either down at the airport or at the waterfront.

“Those are not very accessible,” Calkins states.

Currently, the residents who are most impacted by the Port’s activities are those who live in close proximity to its hubs—the airport and seaports, the freeways, the receiving centers. In those areas, noise pollution, traffic, and poor air quality are all major concerns—which have often been brushed aside in the pursuit of big business contracts. Both Calkins and Steinbrueck say that’s unacceptable and that they hope people will show up and tell them what they need.

“Awareness has grown…we have the desire to see the Port opened up more,” he says, adding that “that’s been the trend” in the last few years.

If nothing else, Calkins says, he hopes the new commission can make changes that improve the lives of residents—and if they fail, they’ll know they need to fight for their job.

“I hope this signals some momentum. I hope that folks feel like this should be a competitive race every time, where incumbents have to run on their record.”

“Things are changing,” he said, “and they’re not going back.”

One thought on “What’s Next for the New Port Commission?”