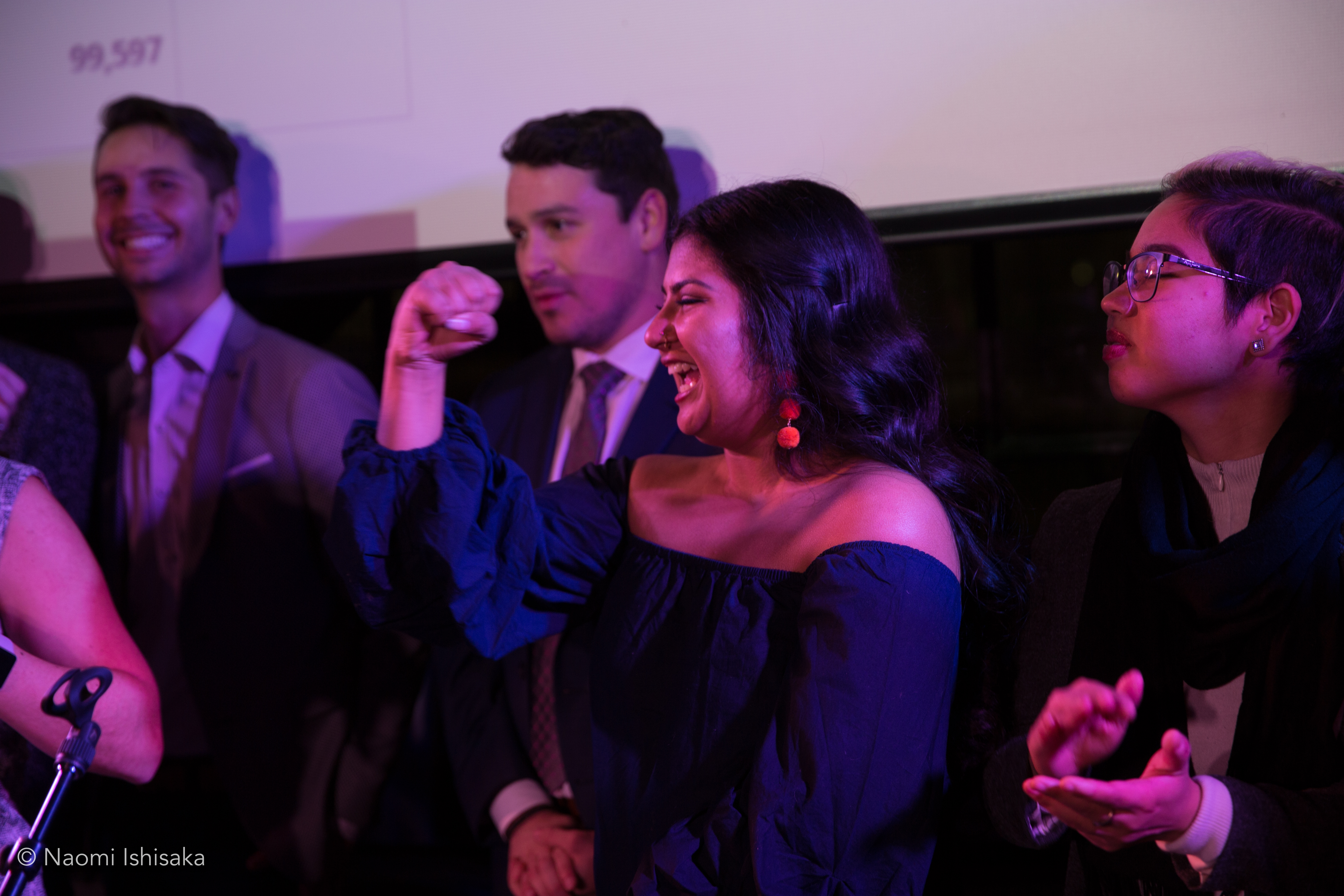 It is common knowledge that money influences politics and there is certainly a correlation between well-funded candidates and their success in winning elections. In fact, this past cycle in Seattle, every candidate who raised more money than their opponent won (1). Yet, despite how much influence money can buy, less than 2 percent of Seattle residents donated to campaigns before the implementation of democracy vouchers. This means a tiny fraction of the voting population possesses an incredible amount of influence over the outcome of local elections.

Using the latest election as a test case, the Seattle Times articulated that without access to vouchers, donors to political campaigns were generally wealthier, older, and whiter. The majority of non-voucher donors make over $100k and are over the age of 50. Voucher donors, however, are the exact opposite. Most make under $100k while being younger than 50 years of age. Voucher donors were also slightly more diverse; 14 percent of voucher users are people of color opposed to just 11 percent of non-voucher donors.

So do democracy vouchers work? The simple answer is yes.

But to be clear, a $3 million voucher program will never be able to level the playing field in a system that is so dependent on money. The State Senate race in the 45th district cost over $8.5 million. Jenny Durkan alone was able to pull in more money than all candidates who used democracy vouchers combined (2). Independent Expenditure groups and PACs dwarf what the City of Seattle could, and probably should, provide in vouchers. Democracy vouchers then should be viewed as one of the many tools needed to help engage the larger electorate and vouchers should be focused on assisting those who otherwise cannot participate financially in supporting a candidate to gain some equity in the process.

18,589 people, about 4 percent of registered voters, used their democracy vouchers (3), which translates to 8 percent if compared to actual voters (4). This certainly points to progress, but even when including non-voucher donors, total numbers fall short of the 10-15 percent engagement target that was expected when the initiative was created.

A striking commonality among both voucher and non-voucher donors is that people under 25 years of age or those who make less than $50k were the least likely demographics to be engaged in the process. The lack of engagement from young people has been well documented, but I don’t believe it is due to apathy. Folks in this demographic are probably more worried about paying rent and building a career, which often makes showing up to campaign events difficult.

If we’re able to include people of all incomes, all ages, and all races to build a culture of political engagement, the value generated through the voucher program by having an all-inclusive electorate would be priceless.

So, how do we do this? Here are five ways we can help make Democracy Vouchers more accessible.

Supporters should be able to virtually sign for a candidate.

The intent of obtaining signatures is to have candidates engage the community and conduct outreach in person. While the intentions are good, this actually hurts those who are not able to attend campaign events. Potential supporters who have work hours or family obligations that do not conform with campaign events would be excluded from this process.

Candidates are able to successfully reach supporters in a variety of mediums, including online. Additionally, those voters in younger demographics are generally comfortable with online engagement. Voters can determine if they support someone even if they have not personally attended an event or met the candidate.

Currently, there are three steps to sign for a candidate and all of them must be done in person (5). As a general rule, the more steps in a process the higher the probability a use will abandon the whole endeavor. Simplifying this process would provide a great opportunity to drive engagement in a setting more comfortable and familiar to potential voters.

Understandably, the in-person and signature verification requirement is to prevent fraud. From a technology standpoint there are numerous methods being used today that allow for online authentication. Filing taxes, signing important documents, and even banking can be done without paper. The Democracy Voucher team is planning an exploratory exercise with a goal of enabling other options in 2019. Therefore, I’m certain we can make this a viable option for vouchers as well.

Replacing vouchers should be quick and easy.

Supporters are able to easily use campaign forms to donate their vouchers in person. However, getting a new voucher online is a multi-day undertaking.

There are nine steps in order to replace them online and as part of the requirement from the Seattle Ethics and Elections Commission, voucher records are manually checked before they can be mailed or emailed back to users (6).This is cumbersome and certainly causes some people to simply drop out of the process.

Looking into the use of a voucher should be instantaneous. This should occur as a simple check against a database, but because vouchers need to be manually verified there is a multi-day lag.

If donors want to use their voucher they should be able to obtain one, and donate in real-time without having to meet with a campaign staffer.

There should be a paperless version of vouchers and the ability for voters to donate online.

In an unscientific survey of friends who were voters in Seattle, every single one lost their vouchers. Interestingly, 99 percent of donors returned their actual vouchers or used the replacement campaign forms. Considering that 96 percent of registered voters in Seattle did not use their vouchers, maybe it was me and my friends who were outliers, as we were willing to get replacement vouchers and then submit via email instead of abandoning the process.

Also, I suspect a paperless option would be more cost-effective and solve the hassle of getting a replacement voucher in the first place.

This process is currently blocked due to signature verification, but as part of the Democracy Voucher initiative there is a requirement to have an online/paperless option by 2019.

Actively target demographics that are not already involved.

We know that voters under 25 years of age, who make less than $50k a year or are from communities of color, have lower turnout rates. Despite gains in diversity, 86 percent of voucher donors were white. Compared to the 69 percent of Seattle residents who are white, this is a significant overrepresentation.

There should be culturally sensitive outreach and education activities targeted to those demographics specifically underrepresented in voucher usage. Partnerships should be formed between organizations supporting different communities, working to provide advertisements in their neighborhoods. We need to demonstrate and educate all voters so they can be part of the process and know their voices have power.

Donors need a web portal where they can do anything related to the voucher program.

All of my feedback can be unified within a portal. There should be a single source where voters can find and do everything they need related to use of the democracy vouchers. This includes things like signing to support candidates, donating funds, obtaining replacement vouchers, tracking progress of candidates towards qualifying for democracy vouchers, and answering frequently asked questions.

Part of the voucher initiative does currently require a portal to be created in 2019, and ideally some of these issues would be included in that effort. However, I believe this is a major channel that can be utilized to help drive engagement.

In researching this article I found dozens of disjointed websites and sources related to elections and vouchers. If and when this portal is created, it needs to be clearly thought through to provide a simple and concise resource rather than just another random site in the growing list of websites the city owns.

Democracy vouchers have been proven to increase access when it comes to donor involvement. Seattle needs to build on this initial success and continue to cultivate an engaged electorate of voters. Increasing a sense of ownership in the process and candidates will help mobilize more voters, particularly in communities that have historically been left out of the process.

Joe is the son of immigrant parents, born and raised in South Seattle. He is committed to serving the marginalized in our community and as President of Wellspring Family Services’ Associate Board, works to assist families experiencing adversity; such as housing stability, domestic abuse, and adverse childhood experiences. He’s helped organize groups that empower activists, recently working on police relations between communities of color and the King County Sheriff’s office. As a program manager at Microsoft with a strong technology background, Joe also leverages his experiences to support small businesses in the Seattle community thrive online. Follow him on Social Media @MeetJoeNguyen or visit MeetJoeNguyen.com

3. 18,589 as of 11/15/17 includes received, accepted and redeemed vouchers. Meaning people who sent back their vouchers, even if they weren’t redeemed and paid to campaigns, were included.

4. Estimate because you don’t actually have to be a registered voter to receive or use your democracy voucher.