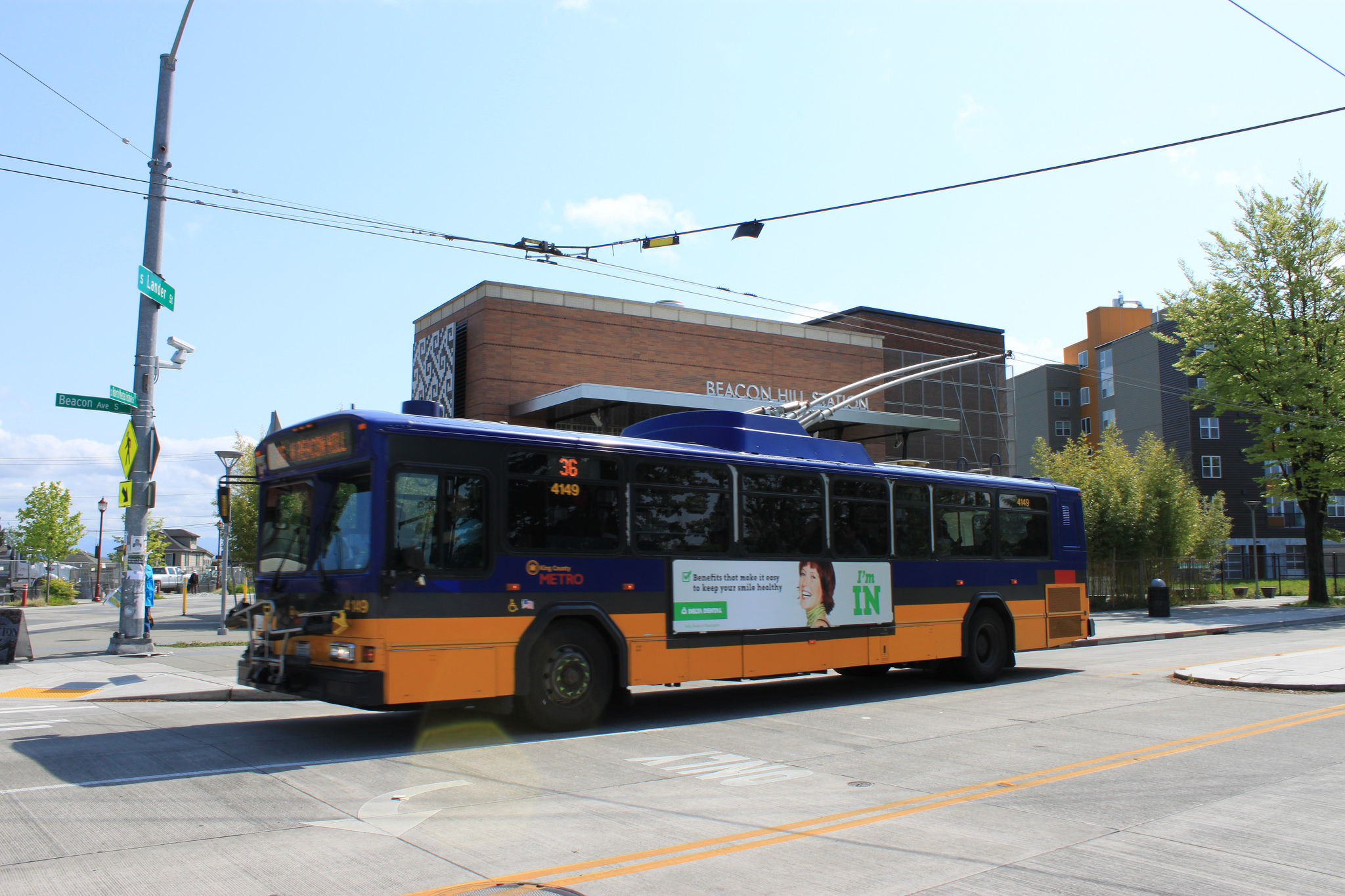 Pollution is threatening our health. On Beacon Hill, air pollution is making our friends, families, and neighbors sick. It’s true. According to a 2013 report published by Just Health Seattle and the Duwamish River Cleanup Coalition/Technical Advisory Group, South Seattle neighborhoods such as Beacon Hill rank higher than other Seattle neighborhoods for air pollution.

Where is this pollution coming from? In 2008, the Washington Department of Health (DoH) conducted a health risk assessment of the Duwamish Valley and found that the overwhelming majority of air pollution in South Seattle doesn’t come from stable sources such as factories and cement plants, but from mobile sources—particularly diesel sources—such as cars, trucks, buses, ships, planes, and trains. This is not surprising considering our neighborhood sits amongst I-90, I-5, King County Boeing Airport, Seattle-Tacoma International Airport (Sea-Tac), the SoDo industrial district, and the Port of Seattle.

Additionally, in 2013, the Federal Aviation Administration changed the flight path for planes heading into Sea-Tac to fall directly over Beacon Hill. Since then, residents have become concerned about the potential impact of ultrafine particles (UFPs) falling over our neighborhood from plane exhaust. The full extent of UFPs on human health is not known, therefore there is a need to conduct more research.

But air pollution has long been associated with serious health consequences. According to the DoH risk assessment report, short and long-term exposure to air pollutants can lead to respiratory issues, heart and lung disease, as well as an increased risk of cancer. But often, the very young and the very old bear the brunt of these health consequences. Air pollution damages the lungs of growing children while also aggravating the health issues of our elderly neighbors.

These health effects are being felt right now by our community. According to the Environmental Protection Agency (EPA), Beacon Hill faces not only higher risks of cardiovascular and respiratory illnesses than other Seattle areas but higher rates of childhood asthma hospitalizations as well.

In addition, environmental dangers often fall disproportionally on both people of color and low income people. This can be seen in both Standing Rock and Flint—and Beacon Hill is no different. Many Beacon Hill residents are people of color, foreign born, or speak a language other than English. Therefore, air pollution in our neighborhood is threatening already vulnerable communities.

But our friends and neighbors are doing something about it. In 2017, El Centro de la Raza launched the Beacon Hill Air and Noise Health Impact Project through an EPA Environmental Justice Collaborative Problem-Solving grant. The project seeks to educate, empower, and mobilize residents about environmental health issues in the Beacon Hill neighborhood. Through educational outreach, engagement, and capacity building efforts the project allows Beacon Hill residents and community leaders to help contribute to potential solutions.

The Community Action Plan, developed by, and for, the community, is an opportunity for Beacon Hill to counter air pollution through definitive actions. Stay informed and learn more at the Community Action Plan Meeting on December 2nd at the Centilia Cultural Center (1660 S Roberto Maestras Festival St, Seattle, WA, 98144) from 2-4pm. If you cannot attend, sign up for the Impact Project’s newsletter at http://www.elcentrodelaraza.org/ejbeaconhillseattle/ to find out how you may be able to help. Through collective action, Beacon Hill residents can advocate for the healthier community they deserve.

Featured image is a cc licensed photo attributed to SounderBruce

3 thoughts on “Beacon Hill, We Need to Get Serious About Air Pollution”