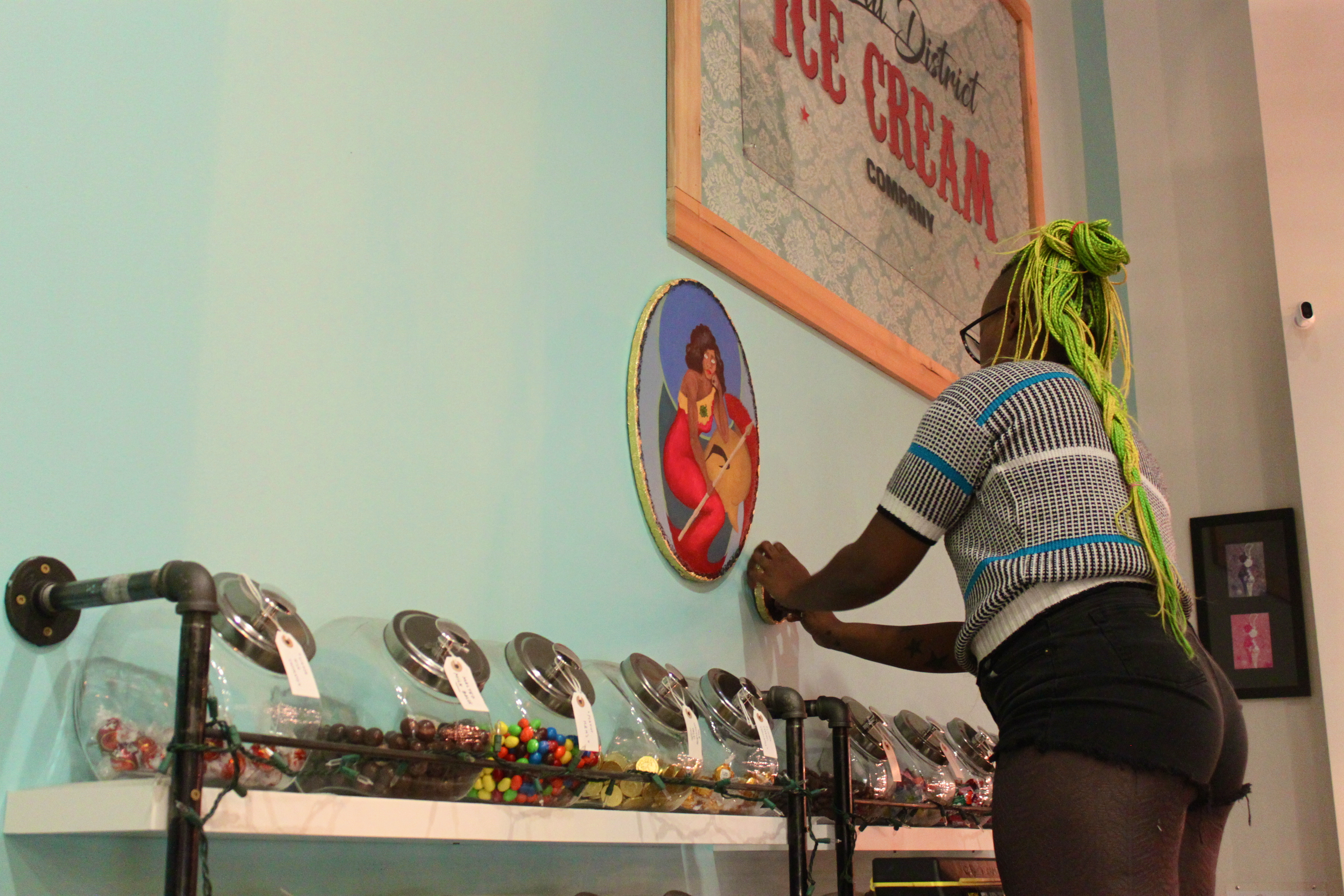 Together, the married duo (along with local former NBA player, Nate Robinson) own locally revered chicken joint Nate’s Wings & Waffles, and have recently opened up Happy Grillmore, a brick & mortar version of their former food truck.

Additionally, December marks one year that the couple has served ice cream in the Central District.

For the past 11 months, CDICC has played host to Ice Cream Thursdae, a monthly arts showcase, featuring musical and visual artists. This month, the event features all Queer, Trans, and People of Color (QTPOC) and is being curated and organized by local poet, music producer, and singer-songwriter, Nic Masangkay, who recently released their first EP, A Hundred Suns Setting.

I asked Masangkay how they were approached to curate this month’s Ice Cream Thursdae. “I was literally just eating ice cream there with a homie when Kryse and Darren came in. They heard about my EP release and were sorry they couldn’t make it, and offered to let us use the space to have a show, because they’re just down like that.”

The building itself is two stories with lots of wall space. Combine that with the sweet smell of ice cream and waffle cones, and it makes for the perfect spot to celebrate community on a cold December evening. The night will feature visual art by Saara Majid & Kara Phoebe, get kicked off with a DJ set by Joy Ma, followed by musical performances from local artists Son the Rhemic, Nic Masangkay, CarLarans, and Da Qween.

Masangkay is excited about tonight’s event and hopes there will be many more. “It’s been really fun, it used to be really stressful for me, but now organizing is really fun now and it’s really rewarding to see people healing and feeling positive feelings that they should be allowed to feel through events being thrown, and people deserve that. Our folks (QTPOC) deserve that and we don’t get it enough.”

Masangkay has also hired an accessibility consultant for the event to gauge how welcoming the space is to community members with disabilities and others, an aspect of event planning that is often ignored.

This holiday season, patrons can give directly to local business and artists by supporting their work, tonight at 5:30pm.