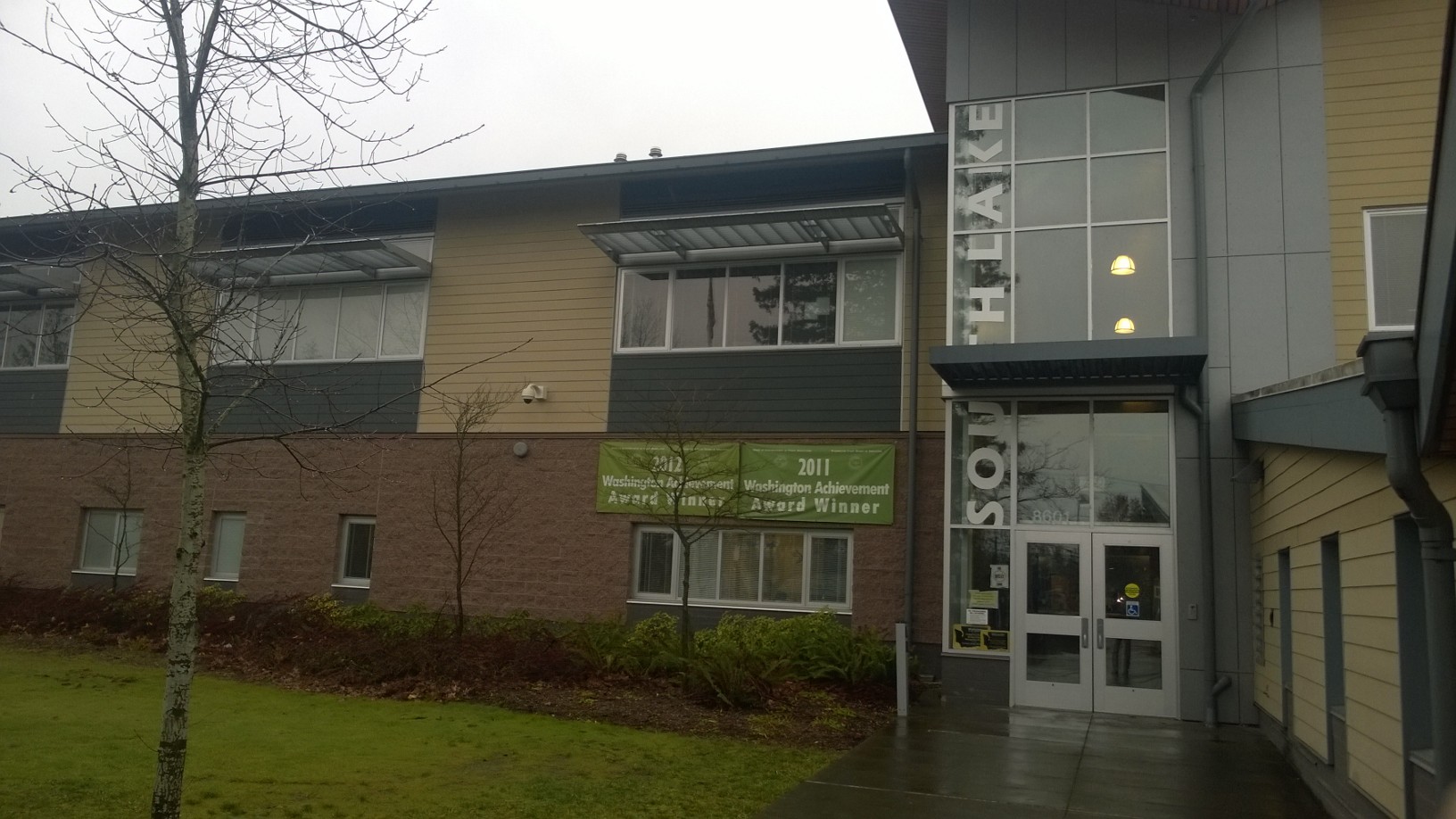 “What does Christmas mean to you?”

That’s what Reddics Johnson asked six young men sitting around a classroom table at South Lake High School during one of their weekly meetings on December 11.

He and other volunteers have been serving breakfast to South Lake students every Monday for the past several years in a program called CUBS (Connie’s Urban Brothers). It was started in 2009 by the late Connie Jacobsen and Marvin Charles of DADS (Divine Alternatives for Dads Services) as a way to help youth-of-color.

Men from DADS – many of whom have suffered from drug or alcohol addiction, and been incarcerated – try to encourage young people to avoid making the mistakes they made in life.

Reddics is a former gang leader from Los Angeles who moved to Seattle and is trying hard to change his life. He often attends the weekly men’s support-group and Bible-study meetings at DADS (aboutdads.org) on Rainier Avenue South. He also started his own nonprofit called Faith Over Fear.

“We offer a program teaching youth work ethics and responsibility by employing them,” his card says. He now works with about a dozen boys and girls, aged 15-19, helping them get odd jobs, earn some money and stay out of trouble.

“Before I started taking the Christian walk” Reddics said, “I thought Christmas was just a way for storeowners to make money. My father said he’d burn a fire in the fireplace every day in December because he ‘didn’t want no white man coming down his chimney and leaving presents,’ so my father wouldn’t be seen as the man of the house.”

Randy West of DADS told the CUBS this story: “One of my friend’s dad got drunk, grabbed a double-barreled shotgun and shot it up the chimney. He said, ‘Santa Claus ain’t comin’ this year. I just shot up his ass.’”

Reddics added: “Christmas to me is just another day. It’s nothing special.”

At first, the six young men in the room seemed to agree.

Others agreed: It’s just another day.

One said: “I just like the food. I don’t look for any presents.”

Randy asked: “When did you stop believing in Santa Claus?”

The guys all said it was in grade school, when they were 8 or 10 years old. One said he had found presents hidden in his Dad’s room.

Randy: “If you have younger siblings, do you ruin it by telling them there’s no Santa Claus? Or do you keep the dream alive for them?”

All said they wouldn’t spoil it for younger brothers or sisters. Keep the dream alive.

Finally, one said: “Christmas is real because you spend time with your family. Christmas and Thanksgiving are the only times that bring the whole family together. You may have some problems, but you’re still family.”

Reddics confessed: “I never celebrated Christmas with my family. It’s been 18 years since I spent it with them. I used to just send money to my wife and tell her to buy presents.”

But his wife died earlier this year, so Reddics is going to Los Angeles to spend Christmas with his daughters. “My wife ain’t here anymore. One of my daughters said, ‘Dad, I need a present. Something from the heart.’” The young men started giving him suggestions for presents to bring his daughters.

But here’s what else Reddics is doing: Through his Faith Over Fear nonprofit, the students he works with are raising money for two Seattle families who otherwise couldn’t afford to celebrate Christmas or buy presents for their children. The students will hold bake sales and donate money from their jobs. For every $100 they raise, Reddics will match it. (Want to help? Email him at fofworkforce@gmail.com).

They will then take the families to get Christmas trees and buy presents. This year, for at least two families with children, Christmas won’t be just another day.

John Hamer, former president of the Washington News Council. He volunteers at DADS and attends their weekly men’s meetings.