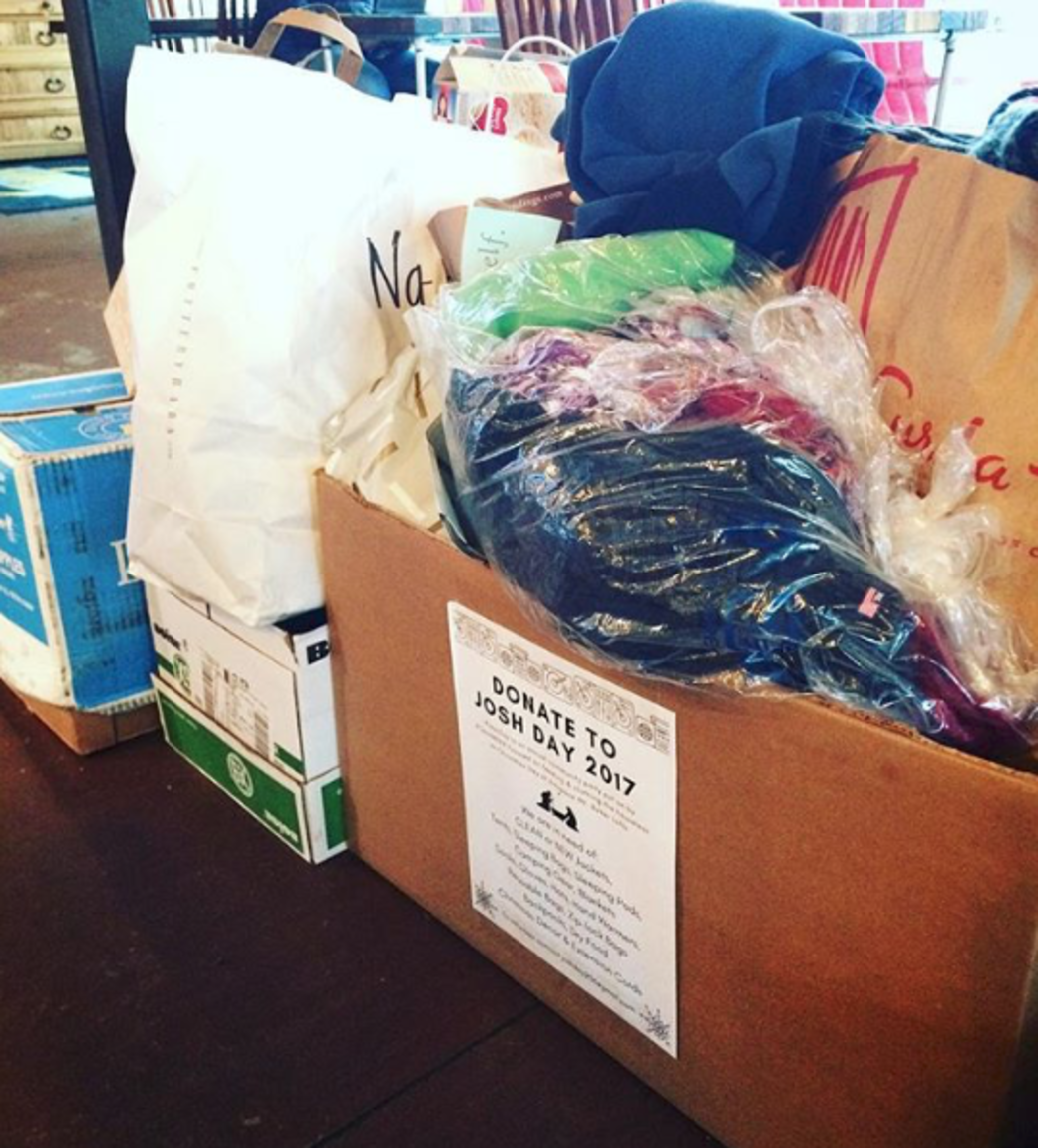 ‘Twas the night before Josh Day, and all through the Hood,

Not a Police siren rang, for once it was all good;

The People all came, from every which way,

To celebrate one another: Black, White, Straight and Gay;

They all came together, just like one big troop,

And decided that they would pitch in to cook soup;

Everyone was excited, the neighbors were pumped,

Now Christmas is busy, this time of year,

But the neighbors came together, to share in their cheer,

Because one thing for sure, was on everyone’s mind,

To serve those in need, to be loving and kind;

So, just like Josh, who helped the oppressed and the weak,

The neighbors came together, and they formed #TEAMMeek;

They made soup, and brought coats, and gave them for FREE,

They sang, and they danced, under the Joshua Tree;

But they all came together, and jammed out with the crew;

The Raging Grannies sang carols, as the people ate pie,

And what a surprise, even Santa came by!

But whose Josh? Well, Gosh, that’s a mighty good Q,

Here’s a hint, it’s the same guy who said He died for you,

But ever since he left, things got real bad,

So he got sent back to fix shop, this time by His Dad;

It’s not fair that they lock up my children in prison,

So I’ll send you to Seattle, and they’ll hopefully listen”

He represents all the Love and Peace in between Us,

But here’s a little secret, that’s finally out the bag,

Josh had a Mom, not just a Dad,

And though His Dad gave him life, his Mom gave him birth,

His Dad is in Heaven, but His Mom is this Earth,

And She’s getting real hurt, we must come together and heal,

Trump might be the puppet, but he can’t make this deal.

But The People, they can, even just for one day,

And they proved that they could, on the first ever Josh Day,

And now Jesus is back, this time in Seattle,

Not battle for War, but fight for the Love!

For the Mother Earth below, and Father Sky above,

For all of our cousins, all the animals too,

All the plants, all the people, especially you.

So tell everyone, your family and friends,

The soup, and the music, and good times never end;

When we all get together, and we gon be alright,

So Merry Josh Day to All, and to All, a Hood Night!!