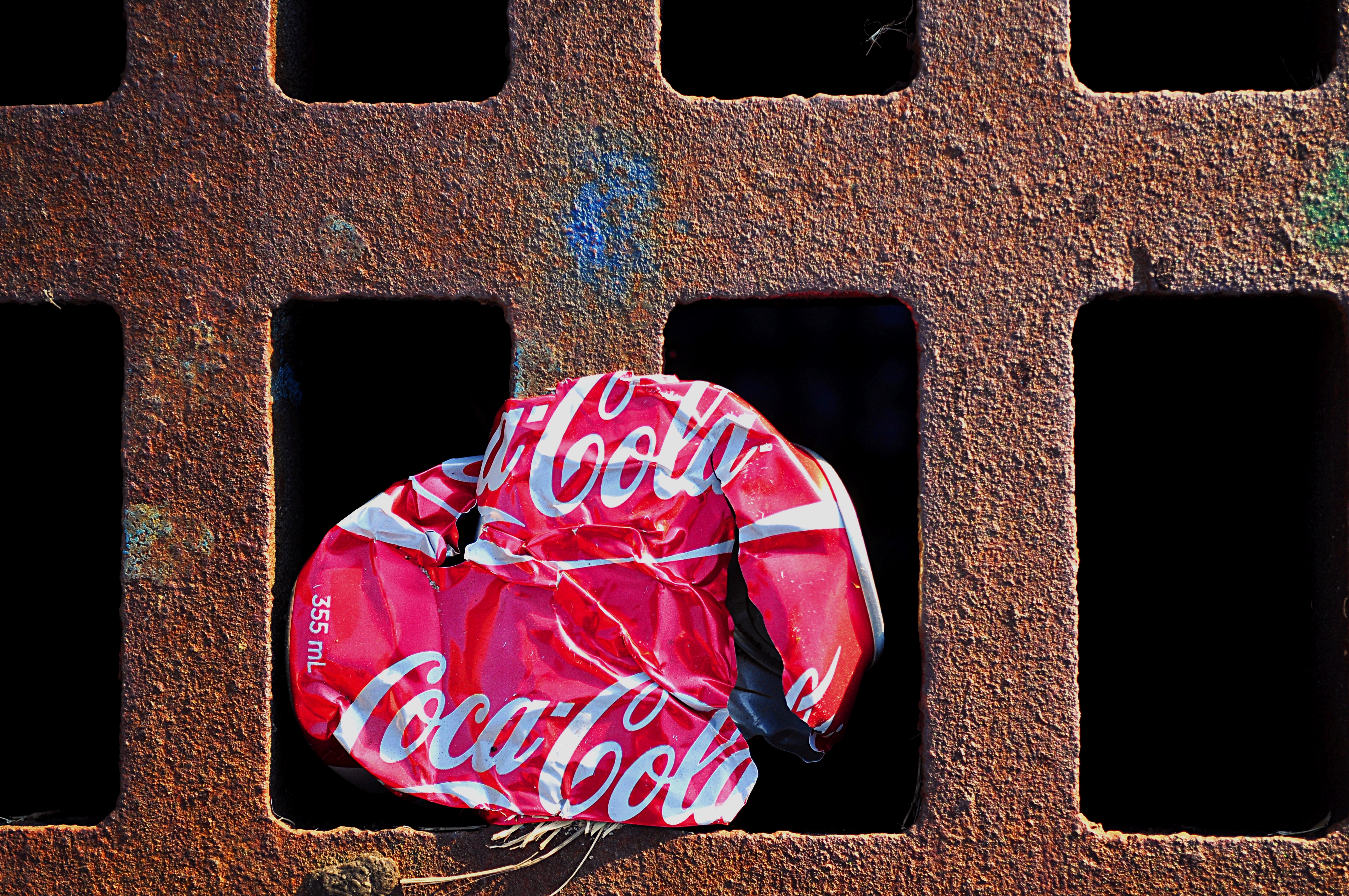 Seattle’s new tax on sugary beverage has critics on all sides—but many of them have the basic taxing authority wrong.

Beginning on January 1, consumers in the City of Seattle may have noticed a slightly higher price on their Gatorade, soda, or coconut water. They may also have seen signs at the grocery store, warning them about these increases or news coverage about the cost, the proponents, and the detractors.

Throughout all of this, they may have gotten the idea that the tax was a sales tax—that it was applied directly at levied directly to the customer. They would be incorrect.

Copious news coverage calling the sugar-sweetened excise tax simply a “soda tax” has the potential to confuse consumers, which appears to be exactly what the local grocery chains and national soda companies are hoping for.

To be perfectly clear, the new law is not technically a sales tax. It’s an excise tax, or a tax on businesses. It’s applied to the distribution of these beverages for retail sale, which means the tax occurs between wholesale and retail. The law, as it’s written, makes it clear that “distribution” “does not mean the retail sale to a consumer.

But whether or not the retailers choose to pass the burden of the tax onto consumers is their choice. And, unsurprisingly, many of them have.

Sales vs. Excise and Why It Matters

Diligent efforts from organizations like All In WA and Trump Proof Seattle have helped forge a meaningful conversation around tax reform in Seattle and Washington State more broadly. Voters are used to, at this point, being asked to pay for everything we need—from transit to homelessness services to public schools—through a scotch-tape-and-gum system of sales and property taxes. And time and again, voters have agreed to squeeze out just a little bit more.

Recently, though, the willingness of voters to pony up has faltered some; King County voters rejected a tax that would help fund arts programming in schools, one of the few levies to be defeated in recent memory.

Lawmakers are left with little choice when it comes to finding funding; because of the state’s restrictions on taxing authority, the gridlock in Olympia between the “no new taxes” Republicans and the “we need this” Democrats, and a years-old Tim Eyman initiative that has kept property taxes (and property tax revenue) artificially capped, there are very few ways to drum up the cash for special projects or necessary improvements.

As a result, lawmakers are getting more creative—and turning to businesses to foot the bill just a little bit more. They’re floating ideas like Seattle’s employee hours tax, or Governor Jay Inslee’s carbon tax—both of which, critics say, will force businesses to raise prices, but more on that later.

In the meantime, sales tax increases are what voters are mostly used to, which is why it makes sense that a lot of people would just assume that the cost of something went up. They know a tax was involved, so it must be a sales tax.

Sales taxes on sodas and other sugary drinks have long been a favored tool by public health advocates looking to reduce the volume of empty calories that consumers ingest; a single 12-ounce can of Coca-Cola contains ten teaspoons of sugar. Critics, though, decry these taxes as regressive because, like most sales taxes on low-dollar items, they tend to hit lower-income folks the hardest. A tax on soda will impact a very different demographic than a tax on imported wines or other luxury items.

Sales taxes (often called “sin taxes”) are also viewed being punitive, rather than focused on encouraging improved behavior. Healthier options are more expensive (in large part because the price of soda is kept low thanks to corn subsidies and Big Soda’s influence on federal laws)—yet soda sales taxes rarely focus on bringing down the price of alternatives.

An excise tax, by comparison, has the potential to be kept between the distributor and the retailer; by design, it’s a tax on businesses, not on consumers, and a way to recoup some of the public health cost that soda has created in communities. Its intention is to change the distribution behavior—to encourage retailers to carry and sell fewer sugar-sweetened options and instead, move toward those which have some nutritional value.

But as distributors, retailers, and lobbyists in Seattle have made clear, the retailers and distributors have no intention of changing their behavior. Instead, they’re passing the tax along to customers.

Why Consumers Are Getting Taxed

Despite its lefty reputation, Washington State is a very “business-friendly” place, particularly for large chains, like grocery and convenience stores. Much like our regressive tax structure treats wealthy individuals more favorably, businesses, too, tend to pay a lower percentage of their overall income the more they earn. There are several reasons why that’s the case, but one of the most significant is the structure of the business and occupation (B&O) tax, which charges businesses based on their gross receipts and not, say, a percentage of their overall business. Higher prices from distributors as a result of a tax, therefore, will likely be easily absorbed by Target and Safeway.

But, like many other taxes (or labor laws, for that matter) levied against business, the sugar-sweetened beverage tax may be a factor in pricing in the long-run. It will certainly be a part of the overall calculation that many distributors and retailers make, especially if it eventually curbs or changed behavior.

However, if customers are feeling it immediately after going into effect, it’s not because of the decisions of lawmakers, but instead, because of the actions of businesses.

According to the law, “the tax is not collected by the retailer nor is the tax burden intended to fall onto the consumer.” Restaurants, grocers, and convenience store owners are not the ones who are expected to pay this tax; instead, one of the many beverage distributors is expected to pay. But of course, if a business can pass on a cost, they almost always will.

Many of Washington’s beverage distribution companies are family-owned; Big Soda, for all of its economic fortitude, doesn’t always vertically integrate to cover both manufacturing and distribution. However, they do make sure that the entire product chain is designed to be profitable. In Soda Politics, long-time food journalist Marion Nestle notes that “one of Coca-Cola’s guiding rules is to ensure that everyone who touches its products along the way to the consumer should make money doing so.”

The soda industry—one that relies on taxpayer subsidies at many steps of the process, including the use of municipal water to create most of this products—is able to both pass profits along to its partners, including distributors and retailers, as well as savings on to customers. This is strategic and it’s how the soda industry has grown into an industry worth more than $900 billion. However, it’s also an industry that, overall, pays low taxes and is responsible for little of the public cost of its products, including litter, diabetes, and tooth decay.

Opponents of this excise tax have familiar talking points; several years ago, the restaurant lobby made similar assertions that increasing the minimum wage will necessarily force businesses to raise prices. Those who objected to higher minimum wages—including one of the leading researchers on the University of Washington’s minimum wage research team—have referred to it as “a tax on food” because it would certainly drive up the cost.

Research later showed that there was no such increase; the conclusion of a 2017 paper from that same UW team which compared supermarket food prices states that “there is no evidence of change in supermarket food prices by market basket or increase in prices by food group in response to the implementation of Seattle’s minimum wage ordinance.” Meanwhile, restaurateurs like Tom Douglas, who transparently passed the cost on were raked over the coals.

Grocers and other soda retailers are savvier this time around, though.

Signage found at QFC makes it clear that the tax is coming and that it will increase prices. In small print, it notes that the tax applies to the “distribution” of sugar-sweetened beverages—but speaking to people in the store, including a QFC employee, it’s the local government who’s to blame, not the company, which is owned by grocery giant Kroger, who boasted an annual profit of $115.3 billion in 2016. Stickers and signs around the store point out which products are subject to the tax—in spite of the fact that, by the intention of the law, the consumer never really has any need to know about it.

“Yup, it’s another tax from the City Council,” sighed the employee.

“If they tax us any more, we’ll have nothing left!” exclaimed another man outside the store.

Upon being informed that it wasn’t a sales tax, but instead, a tax on the distributors who provide soda to retailers, both expressed disbelief. And why shouldn’t they? They were, in fact, getting taxed in a way.

Regardless of a person’s feelings about sales and sin taxes—whether they curb behavior, whether they’re classist, or whether they’re even effective at raising revenue—it’s important to draw the distinction between a sales tax and a tax on businesses. In the case of Seattle’s sugary beverage tax, the additional cost to the consumer is not due to legislative fiat, but instead, to corporate interests.