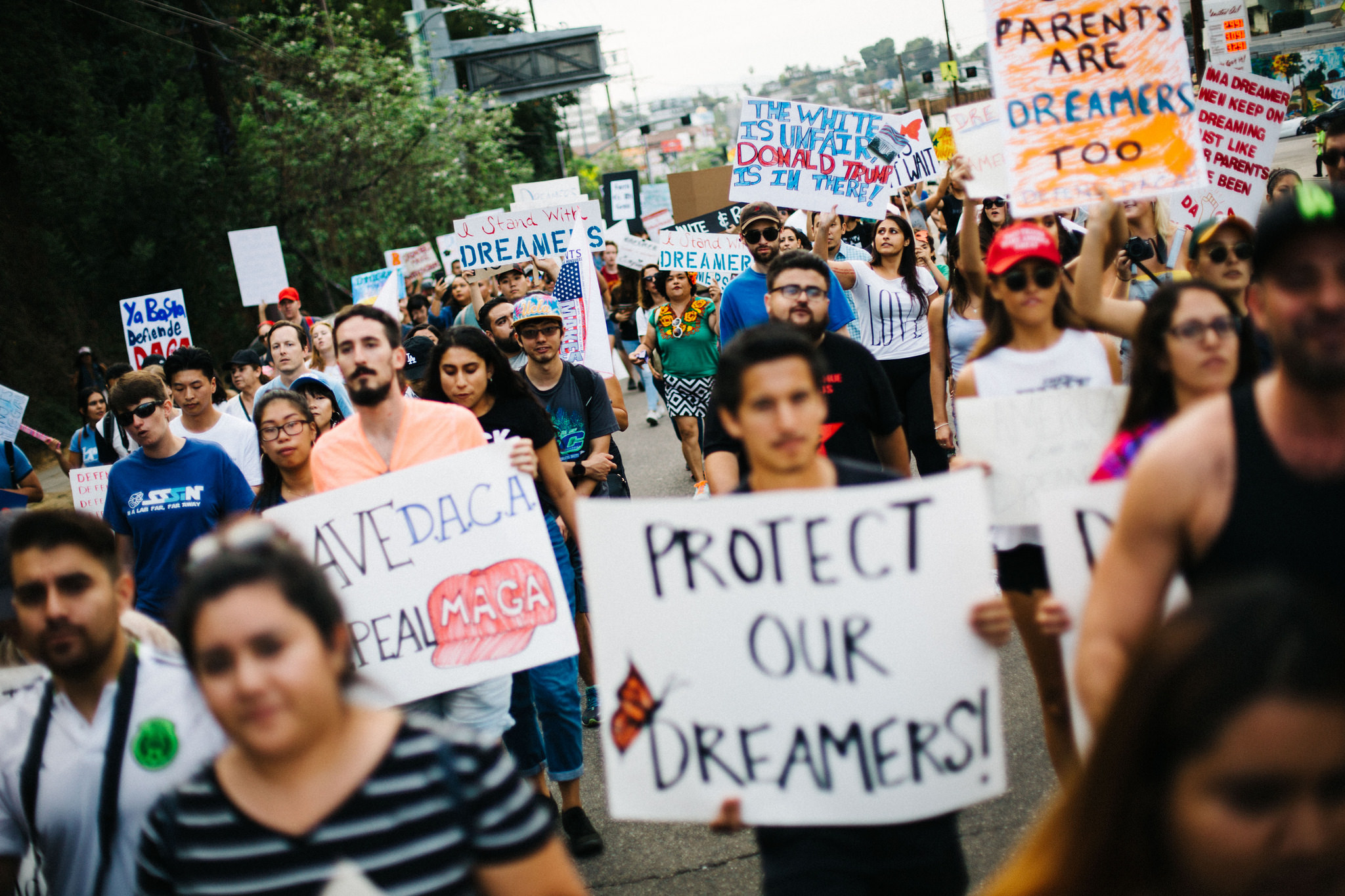 In the spring of 1998, when I was three, I immigrated from Tijuana to Bellingham. My dad arrived there a year before us to find work. A few months after that we moved to the Central District in Seattle. Then we moved to Rainier Beach, where we’ve lived ever since. As long as I can remember my dad always worked in construction or as a mechanic. While my mom moved boxes for UPS, nannied and cleaned houses.

I heard that phrase quite a bit growing up. But I didn’t understand what it meant until I was 11. That’s how old I was when my dad was deported to El Salvador. I was so young that it was hard to understand what had even happened and why. But it made the phrase “We don’t have papers.” into something I could understand.

Ever since that day I’ve walked through life with a deep fear of being deported to Mexico. I left Mexico when I was 3. I’m  now 22.

When the Deferred Action for Childhood Arrivals (DACA) was announced it was a small sigh of relief. DACA gave renewable work permits and notices of deferred action to undocumented immigrants who came to the U.S. before they were 16, had lived continually in the U.S. since June 15th, 2007, and were under the age of 30 on June 15th, 2012, among other qualifications.

A notice of deferred action meant that USCIS (U.S. Citizenship and Immigration Services) was not supposed to target me for deportation.  For once my family and I had hope.

Then it was gone.  On September 5th, 2017, Elaine Duke, Secretary of Homeland Security, rescinded the DACA program.  This affects more than 800,000 people nationwide and about 19,000, such as me, here in Washington State.

The rescinding of DACA makes me think of where we were before the program existed. It makes me think of everyone who didn’t qualify for it in the first place. Although DACA was never the answer we were looking for, it was a Band-Aid to a very small fraction of undocumented immigrants.

What we need instead is a clean Dream Act that provides a path to citizenship and dignity for millions of us who have been asking for both for too long. I think of Lizbeth Mateo who was arrested for refusing to leave John McCain’s office. I think of everyone who shared their status with the public. I think of everyone who wasn’t safe enough to share their story, those who are still in the shadows.

Trump has attempted to put the pressure on Congress to get something passed before March 5th deadline, the day DACA is officially supposed to wind down, by using our lives as a bargaining chip for his border wall. Instead, we have the opportunity to pressure Congress to not just save DACA but to finally pass a clean Dream Act that allows us to be rooted and here to stay. The Center for American Progress has created a toolkit to make it easier to call swing voters in the senate and house.

There are days I feel so frustrated and defeated. Again we’ve been let down by a government too afraid to let go of power. Our lives are still seen in terms of financial impact on the United States, whether we contribute to or take away from the economy. Our lives are still in a delicate balance after all these years and the fear of being separated from our homes, jobs, and families is still all too real.

On days like this, I remind myself that in many ways we’ve grown stronger as a people. All that we’ve learned, the relationships we’ve built, the solidarity we’ve forged can’t be reversed with a decision.  The will to keep fighting for our families and friends is still here and perhaps burning brighter than ever.

In order to get there, we will have to keep demanding that future. We’ll need organizers, artists, families, workers, everybody and their cousin to pitch in. We all have a role in the solution, although they all may be different, they all matter. Educating ourselves about immigration and its history is important. As is calling out xenophobia in our friends and families. As is sharing our story. As is getting involved with organizations that protect immigrant rights and connecting immigrant rights to our right to stay rooted and safe in the cities and counties we call home. It’s also important to volunteer, donate, protest, and call your representatives.

We can all be a part of the solution. Just because we’ve taken a loss, doesn’t mean we’re defeated. If anything, I think we are stronger and more alert than ever. Join us in the fight, we are not defeated and we are here to stay.