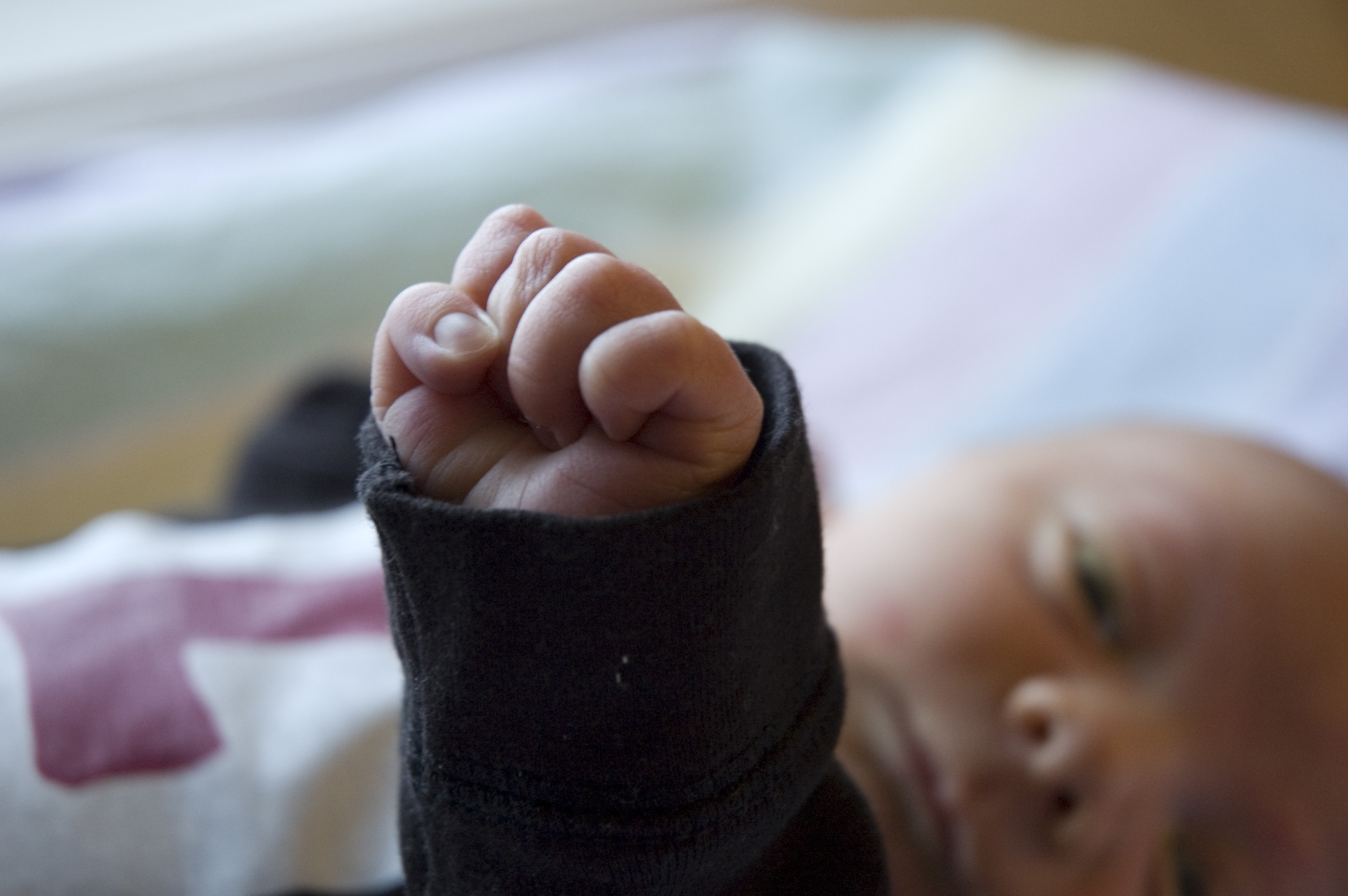 We all have priorities that pull us away from civic life. Paradoxically, it is often these very same priorities that drive us to get involved in our communities in the first place. This was certainly the case for me. My transition into parenthood in 2017 was especially emotional thanks to our country’s turmoil. But looking to 2018, and the role each of us can play, gives me hope.

After the dark months that followed the 2016 election, January 2017 brought a welcome sense of something new. I felt like I had been waiting for a moment like this, troubling as it was, all the time I had spent on campaigns, engaging with my community, galvanizing people to fighting for social justice. Suddenly, my community, my country, needed me more than ever before.

But here I was, pregnant and in my third trimester, a servant to my body. I was stuck at home as everyone else took to the streets and met late into the night in resistance. I learned about demonstration after demonstration in texts and emails, on social media, and at work, but it felt like it would be a rash decision to attend when I could go into labor at any time. That said, nothing could keep me from the Womxn’s March. (Thanks to the organizers who thoughtfully planned so many bathrooms and exit routes.) Walking the protest that day and seeing so many people standing up to say they had had enough was inspiring and, on reflection, seemed to foreshadow the later groundswells of support for #metoo and #timesup.

Then, in February, came the birth of my first child. Giving birth was a wild experience, and a true miracle, if there ever was one. From that moment on, I was swallowed whole. Postpartum depression gripped me tightly. For the first few weeks, there were only rare moments where I had a hand free. And when I did, I was scrambling to address my own needs, but never quite getting there. Like most babies, my daughter was wonderful but made sure I got no more than two consecutive hours of sleep for a month. I became acutely aware of every hour of the night and every minute of each hour.

One would think these long late hours would prompt me to think deeply about the state of the world and to consider more strategies for addressing my concerns, but it did not. I discovered, instead, a purgatory of sleep where you hover between a restlessness of the body and a tiredness of the mind. I developed tunnel vision, focused only on two things—my baby’s needs and my deep desire to sleep—in that order.

Going back to work was another big change. At work I realized that my old pre-baby self was still there, eager to get involved. I did what I could, fitting in calls and letters to Congress, but it never felt like enough, especially given how much needed to be done. Now, I felt guilty for being absent from civic participation, and my guilt was compounded by my depression.

By summer, the world seemed in tatters. Mass shootings, terrorist attacks, Charlottesville, real concerns about nuclear war, massive wildfires and hurricanes, Yemen, Myanmar—the list went on. But at the same time, it seemed like the world was fighting back. Macron triumphed over Le Pen in France, the Affordable Care Act survived, and exciting local races captured attention throughout the country.

Meanwhile, my baby was growing up. The first time she laughed, I felt my heart explode. She expressed that feeling of joy that you have as a child, unbridled and overwhelming. Her smile reminded me that everyone was someone’s baby, that pure love does exist, and it is nearly universal.

Come fall, right when I was getting the hang of being a parent, I started to see more signs of positive change. Mueller investigated Russian involvement in the presidential election, women bore witness to their experiences of sexual harassment, harassers in positions of power fell from grace, districts across the country used the ballot box to fight back, and African Americans saved Alabama from Roy Moore.

Thanks to my supportive husband and family, I found ways to get more involved. I joined a citizen board and attended community meetings. I know that I am fortunate to have the privilege and support to return to civic life–this time with the new perspective and identity of a parent.

There are reasons to worry about my daughter’s future. But I also see a large community—larger than we knew before 2017—working together to make our world better. I’m looking forward to showing my daughter how to be an engaged citizen and hope she will be able to shape her world alongside many other passionate Americans.

2017 was the year many people woke up and discovered the fire in their hearts. Previously apathetic and unengaged citizens warmed each others’ hearts and made civic engagement, political outrage, and civil disobedience the norm in ways we have not seen in this country for decades.

Together, we are building and bolstering the best America has to offer. It is a long and painful process. Many progressives have biases we need to confront and overcome, and when we do, we will have a chance. In 2018, let us grow together, improve ourselves, become a united front to protect what is good about America and fix what is not so that all people can enjoy the rights and freedoms they deserve.