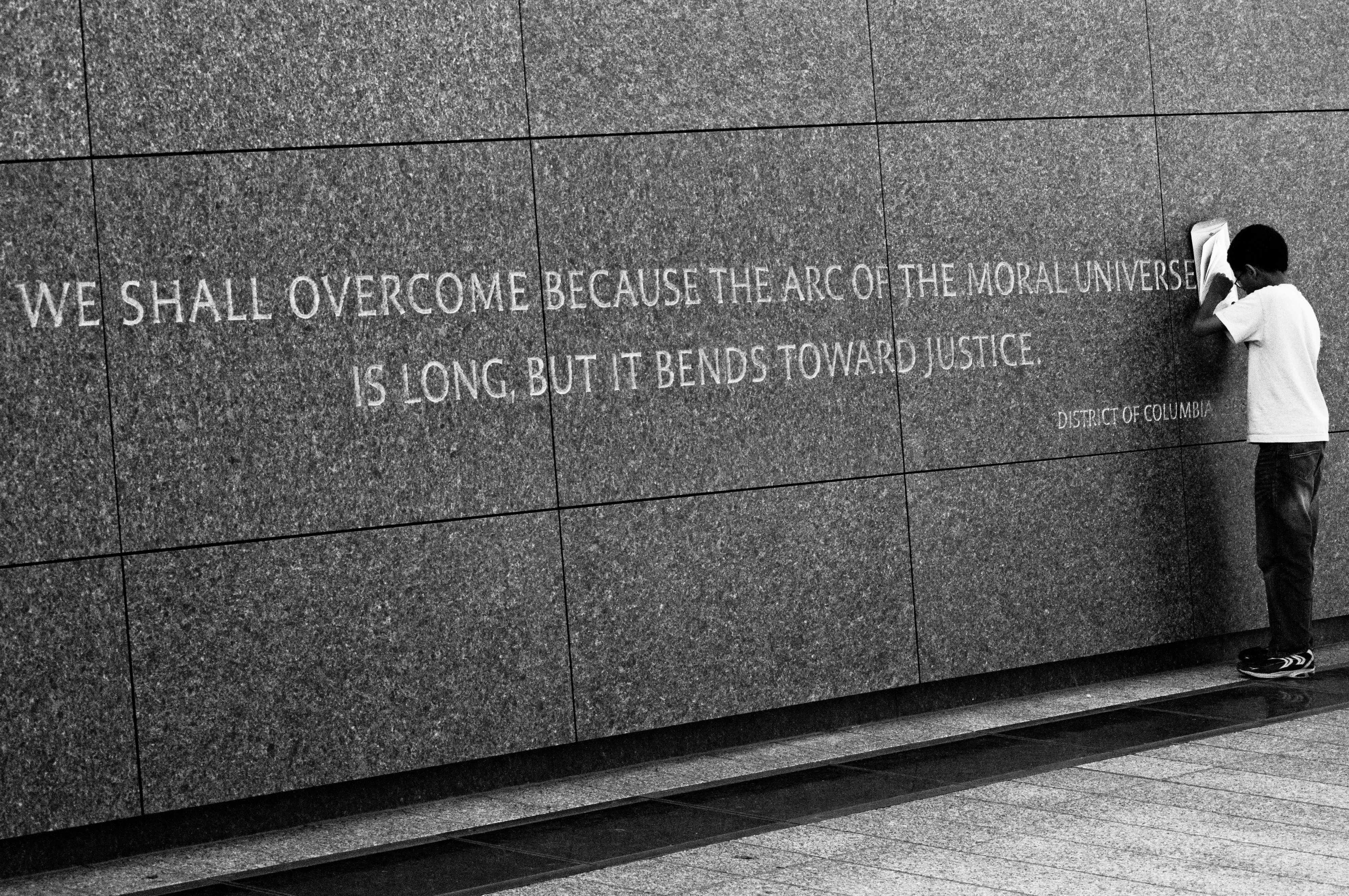 In the warm afterglow of the annual Rev. Dr. Martin Luther King Jr. Day celebrations, I’ve been reflecting on how he changed my life.

First, a disclosure: I’m a 71-year-old fairly conservative white guy who lives on Mercer Island and usually votes Republican — although I didn’t vote for Trump OR for Clinton.

I grew up in the 1950s in Lake Oswego, Oregon, a then-lily-white, affluent suburb of Portland. There were no black families in my hometown, no black kids in my grade school, middle school or high school. So as a kid, I didn’t think about race much.

I don’t remember exactly when I first became aware of Martin Luther King Jr. Our family watched nightly TV news and read a daily newspaper, so I probably heard about him when he led sit-ins and freedom marches in the South in the early 1960s.

In the summer of 1963, at the age of 17, I won a speech contest. The prize was a youth-group trip to Washington, D.C. A month before his “I Have a Dream” speech, we toured the U.S. Capitol, Supreme Court, and all the national monuments. So when Dr. King gave his Aug. 28 speech in front of the Lincoln Memorial, I was riveted watching the news reports. Dr. King inspired me with his powerful words.

That fall, as a senior in high school, I heard there would be a civil-rights demonstration in Portland. Without telling my parents, I drove downtown and joined demonstrators on the steps of the federal courthouse. We crossed arms and sang “We Shall Overcome.” It was the first time I’d held hands with black people in my life. Dr. King motivated me to do that.

I met a young black student from an inner-city Portland high school and tried to get him to transfer to Lake Oswego. It didn’t happen, of course. His parents wouldn’t have permitted it – nor would the school administration. But I thought school integration was important, as Dr. King had said.

The summer after I graduated in 1964, I hitchhiked alone across the United States and back. I crossed Mississippi not long after three young civil- rights workers were murdered by the Ku Klux Klan for trying to register black voters. When I stopped for lunch at a little restaurant in Meridian, Mississippi, I drew stares from some “good ol’ boys” in their pickup trucks. Fortunately, I caught a ride with an Army sergeant who was driving home to Florida. But I realized that fighting for civil rights was a dangerous business, as Dr. King proved.

I went East to college, at a mostly white, all-male Ivy League school with only a few black students. But I joined a fraternity that was a pretty diverse mix of guys, including more African-American brothers than any other house on campus. We talked a lot about the civil-rights movement and what Dr. King meant to us all.

Once George Wallace, then Governor of Alabama and a staunch segregationist, came to speak at our campus. Some student activists tried to prevent him from speaking and shouted angrily during his talk. Later, Stokely Carmichael visited our campus. He was a leader of the Student Nonviolent Coordinating Committee (SNCC) and later of the Black Panther Party. He visited my fraternity and we drank beer and talked with him for a couple of hours. He was more militant than MLK Jr., and wanted faster progress on integration, as did my black brothers. I began to understand their anger.

One of my black fraternity brothers had a date that he brought to a weekend party. She was a pretty, bright, black student at Connecticut College. But they had an argument and split up. I started chatting with her, we hit it off and started dating. I took her to a big football game, and I’ll never forget the looks we got as we climbed the steps in the stadium. I later visited her home, met her parents and had dinner at their house. But in April 1968, my senior year, Dr. King was assassinated. She was devastated. So was I, along with most Americans of all races. But I knew her grief was deeper, more raw. I tried to grasp what he meant to her and her family and friends. After I graduated that spring we lost touch, but I’ll never forget hearing her talk about Dr. King.

Ever since, I have always tried – admittedly, not always successfully — to follow Dr. King’s advice to judge people by the content of their character, not by the color of their skin. The past 50 years have been a continuing challenge for Americans fighting the persistent poisons of racism and discrimination. There has been undeniable progress, but much remains to be done. The Black Lives Matter and National Football League protests have brought that home to us all.

On Dr. Martin Luther King Jr. Day three years ago, I was looking for a non-profit organization where I might volunteer. I called DADS (aboutdads.org), a faith-based group in South Seattle that works to help absentee fathers re-engage with their children. I expected to hear a recorded message that they were closed for the day. Instead, Marvin Charles, the co-founder of DADS, answered the phone and invited me to come down to his office on Rainier Avenue South. We talked for two hours and I met his wife, Jeanett. They have done remarkable work at DADS and I admire them as much as any couple I’ve ever known. Many photos and quotes from Dr. King are on their office walls.

Almost every Wednesday for the past three years, I’ve attended a weekly men’s support-group and Bible-study meeting at DADS. I’ve been to several of their annual dinners, and helped them get coverage in local newspapers and on TV. I arranged for Marvin to speak to the Seattle and Mercer Island Rotary clubs, and to sign his terrific book, “Becoming Dads: A Mission to Restore Absent Fathers,” at these and other events. I helped get him invited to speak before Congress about police-community relations in the nation’s inner cities – and the vital role of fathers in the lives of children, whether boys or girls. I help raise money to support DADS’ vital work, and promote them on Facebook and other social media.

What we all share is a desire to be better husbands or partners, better fathers or grandfathers – and better men. We talk openly, honestly and candidly. We confess our fears, struggles and weaknesses. We sing together. We cry together. We pray for each other. We attend each others’ weddings – and sometimes funerals. We share our faith in God.

On Jan. 15, we sat together at the MLK Jr. Day Prayer Breakfast at The Westin in downtown Seattle. This, I believe, is what Dr. King hoped to see all over this nation:  Men and women of all colors, ages, and backgrounds coming together to honor his legacy of reconciliation, to recognize the power of love and forgiveness, to partner in further action — and to keep his dream alive in our community and our country.

He captured the essence of what we can and should be as a people. We all want to be better citizens, colleagues, neighbors and friends. We all seek equality of education, opportunity, prosperity and justice. He awakened us to the truth that his dream could become reality. We can do this. This is us. Dr. King taught me that.

John Hamer, former president of the Washington News Council, spent almost 50 years as a journalist in Seattle, Washington, D.C., and Portland. Now retired, he tutors weekly at Van Asselt Elementary School in South Seattle with other members of the Mercer Island Rotary Club.

One thought on “Op-Ed: The Dream is Still Alive – How MLK Changed My Life”