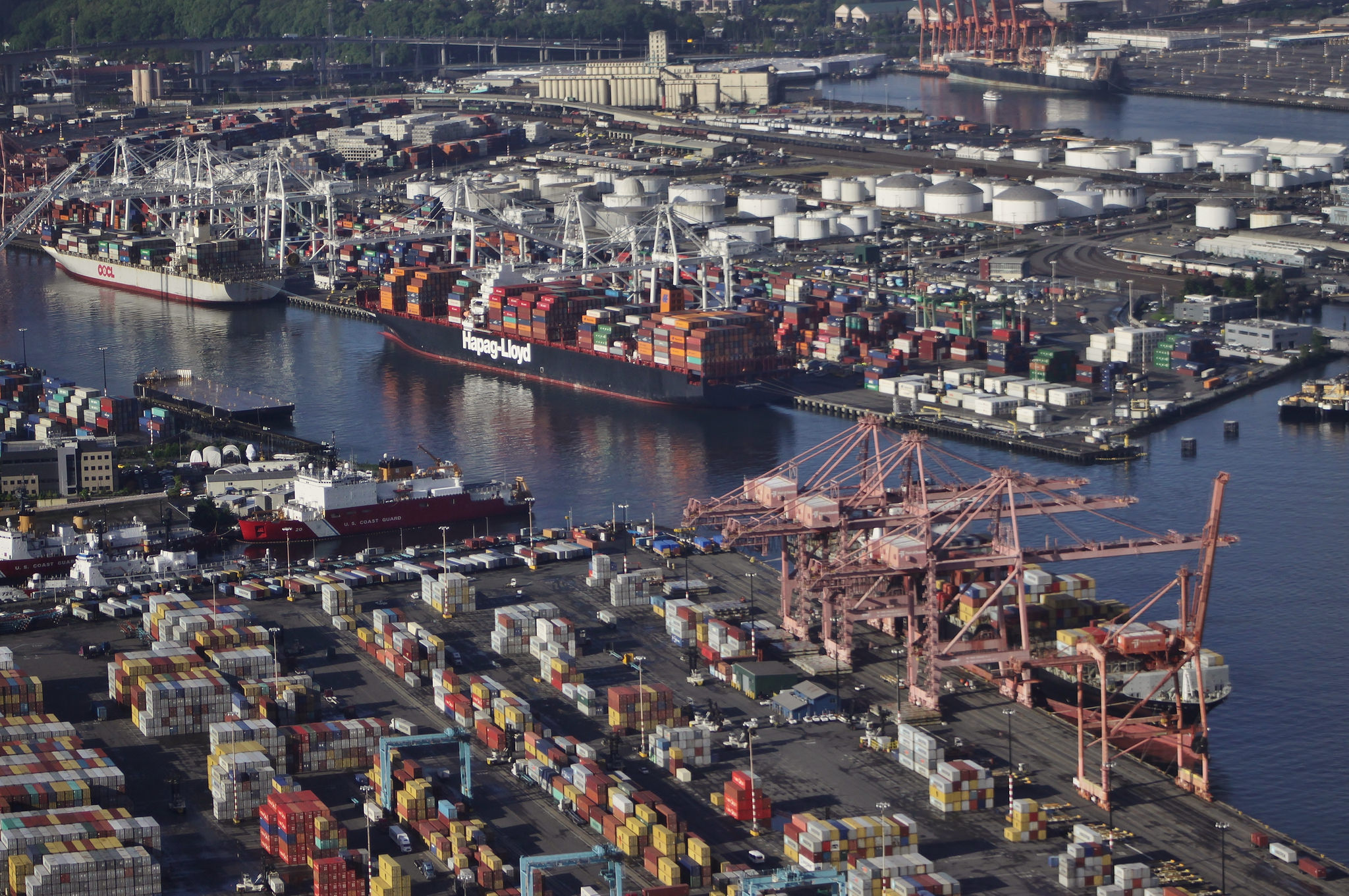 The Republican Party may soon be able to weigh in on electing and running our Seattle Port Commission.

That will be the effect of legislation (HB1999), which was introduced in the 2018 Legislative session in Olympia by Representative Mia Gregerson (D-33), along with a dozen Democratic co-sponsors. Supporters promise that carving the county-wide Port Commission into nine districts—currently we have five elected at-large—would bring needed reforms at the Port of Seattle. More accountability and transparency is possible when the community promotes a coordinated, inclusive, and nuanced strategy to achieve these wins. HB1999 is none of these things.

Most have only heard about the Port because of executive pay bonuses, Shell Oil, and noisy aircraft, but these are just a fraction of the Port’s activity.

The Port of Seattle is bigger than most municipalities, but is hardly a monolith. Under its governance, SeaTac Airport contributes $23bn to the state economy, and over 175,000 jobs, and the Port drives the $38bn state maritime economy, supporting nearly 200,000 maritime-related jobs statewide. Tech and manufacturing thrive as the result of our Port, including Boeing and Amazon. Our Port drives the economy in King County, creating jobs and wealth on a massive scale through policy and investment. This activity generates millions in tax revenue for infrastructure, schools, and social services.

Districting will not guarantee movement toward accountability, and will increase the risk that hard won gains over the years would be rolled back.

The Port of Seattle’s recent environmental initiatives of aviation biofuels, conversion to solar energy, carbon neutrality by 2050, community engagement, and a virtual guarantee that future oil drilling is not part of the Port’s economic strategy will be in jeopardy, with a political wild-card draw of a brand new 9-person Commission.

Labor continues to gain traction in wages and density, including more employment for union hotel workers at SeaTac and better Priority Hire Agreements for construction workers. Maritime workers struggle to maintain their presence, preserving conditions from a literal life and death struggle over 80 years ago in Seattle. Maritime workers face an uphill battle with attacks on the worker protections in the Jones Act, and a likely SCOTUS ruling on “right to work”. Political uncertainty at our Port now is not helpful to workers, particularly those facing challenges from Trump’s immigration policies. Our at-large Commissioners pushed back in 2017, because they understood the big picture.

The Port hired a new executive director instead of a CEO, promising that we will see more responsiveness with staff, and the progressive policy goals we expect as taxpayers. The culture of the private sector in leadership is largely responsible for things like illegal bonuses, “rideshare”, poor worker relations, and past environmental degradation. Our Port, with continued community vigilance, is poised to continue the tough job of steering tens of billions of dollars of statewide economic impact toward helping workers.

The progressive agenda at our Port is winning overall, and there is still much to do. All of the above was accomplished with an at-large elected five-person Commission.

With districting and a “flipped” Commission, we would see a sudden break in continuity and institutional knowledge of operations and communities relating to our marine terminals and the airport. It would mean a sudden break in many relationships between labor, business, and surrounding communities which promote dialogue in an ever troubling political environment.

The state GOP has welcomed such a move to carve out port districts in rural King County, for many of the same reasons Republicans complain about the impact of Seattle dominated politics in general. Witness the recent expensive political battle in the eastside’s 45th Legislative District, and ask yourself: are county Democrats able and willing to pour local money into several low information down ballots Port races in rural King County?

Districting our Port Commission seats would make Commission candidate campaigns more expensive, like the Seattle’s City Council elections, while the progressive money we see in Seattle politics will have little reach comparatively to Port Commission races. Port elections will become further out of reach of grassroots leadership in districts encompassing Sumner, Woodinville, and Federal Way. But GOP and independent expenditure money will be there.

One theme I hear often is the lack of resources for Port Commissioners to monitor the effects of their policy in people’s everyday life, while remaining connected with voters at large.  Commissioners are paid less than the median wage of King County, for a high-stakes job that is year long and full time, overseeing 2,000 public employees and billions in capital assets.  HB1999 would cap Commissioner salaries below the median wage, which would continue to limit the effectiveness of Commissioners who are not independently wealthy, or who need to work another job to make ends meet.

HB1999 would prohibit our Port from implementing an ample salary for a job that is full time, but would still nearly double the local costs overall by increasing the number of Commissioners. Would nine poorly paid Commissioners be any more effective than five? The future cost of potentially hiring a staffer to directly report to each Commissioner (currently zero for each) to ensure their effectiveness would also nearly double.

All five Commissioners are elected in part by voters in south King County, but with Districts, seven out of the two would not. How could we expect a commissioner elected solely by voters from the eastside, north King County or even Seattle to be accountable to communities around the airport?

There is little support for Port Districting in the maritime community in labor and business, and there hasn’t been the necessary consensus building in the political community in general. We should take a pass on HB1999, and build on community consensus for more reform, accountability and transparency, and continue to educate ourselves on the importance of the Port of Seattle in our daily lives.

John Persak is a resident of Georgetown, longshoreman, and was a candidate for the Seattle Port Commission in 2017.  Twitter: @JohnPersak

Featured image is a cc licensed photo attributed to SounderBruce