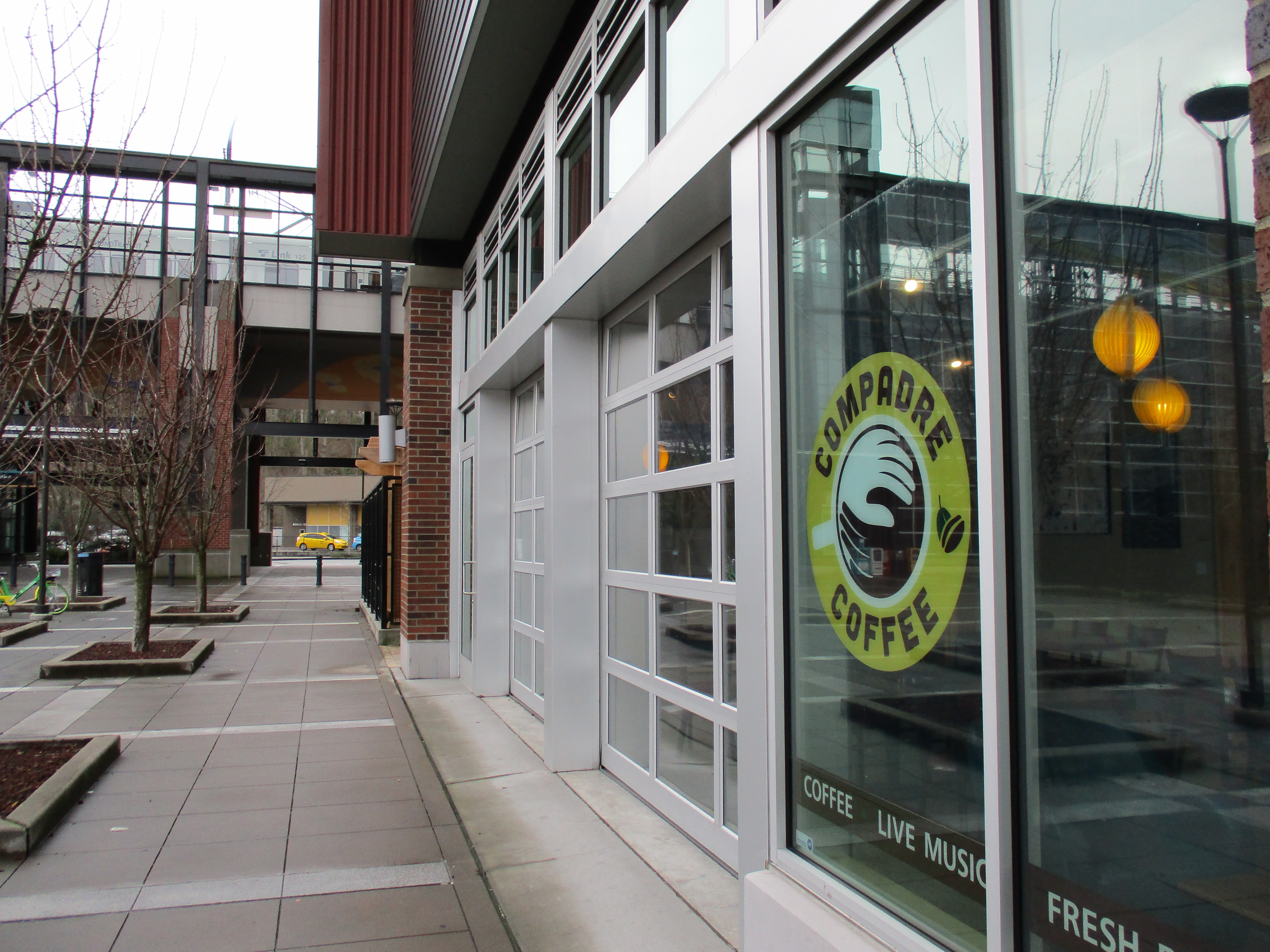 by Laura and Robert MacDonald

Nothing can be more gastronomically disappointing than stepping from a cold rainy day into a coffee shop only to be served a weak, lukewarm cup of water with a tea bag sitting dully on the saucer beside it.

Not so at Compadre Coffee. Leaving taste to the reader (for what could be more particular than one’s tea preference), suffice to say they get all the particulars – the water, the tea, the cup and saucer- just right.

Compadre is situated on Rainier Ave. north of the MLK intersection (2931 Rainier Ave S). Set directly across from Franklin High School, you would think the place would be overrun with students desperate for sugary drinks come 4 P.M. on weekdays. But other than the one table of kids maturely talking about ‘factorials’ you would be wrong.

The space itself is beautifully conceived, with floor to ceiling windows on its south and west sides, and clever industrial-chic garage doors that can open onto the light-rail station plaza on a sunny day. The light pouring in from these windows accentuates the colorful artwork adorning the walls.

Beside the pastries you would expect to find at a coffee shop, both savory and sweet, they offer sandwiches, including an enticing looking Cubano, for a reasonable price. There are also smoothies and milkshakes on the menu.

Compadre may boast the best transportation options of any café on this side of the city as it rests mere feet away from the Mt. Baker Transit Center and light rail station. The mellow atmosphere invites you to relax, miss your number 7, and watch the traffic roll by while you have a second cup.