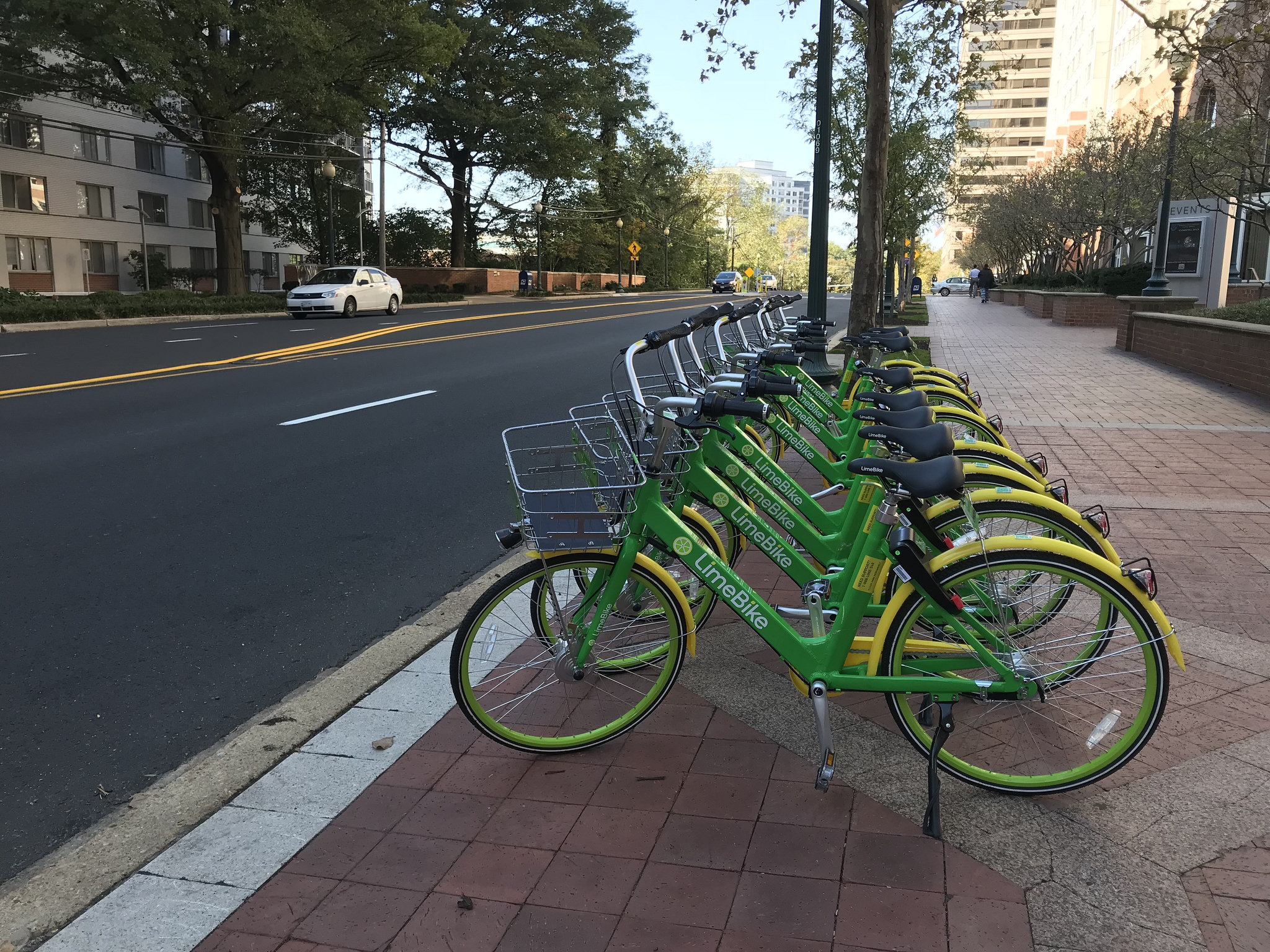 We’ve all seen them: masses of green bikes dropped seemingly overnight in Seattle—on trails, by the side of roads, in parks, and everywhere in between. Arriving shortly after the ill fated Pronto bike program failed, these bikes seem to be a low-impact way to encourage bike commuting and make traveling from Point A to Point B a bit easier. Folks who can’t afford a bicycle now have the option of biking somewhere cheaply. Busy entrepreneurs late to their meetings can roll instead of walk. Shoppers can pedal home with groceries in tow rather than lug them in a backpack up that huge hill.

But just how useful are these LimeBikes and what do Seattleites think of them?

“I enjoyed my LimeBike experience,” said Jack Eldridge, a long-time Seattleite currently living in Delridge. Despite a loose seat that nearly fell off a few times, making the ride a bit precarious, Elridge recalled his last ride, from the bus stop to his house, as fun. His experience aligns with one of the main purposes of LimeBike transportation: having a bike accessible for short trips when folks need something faster than walking.

Eldridge did mention that he was concerned for his safety due to the lack of a helmet. One of the problems with LimeBikes is that, unlike Pronto, there is no option to rent a helmet. With Seattle helmet laws still in effect, this makes a spur-of-the-moment decision to ride a LimeBike not only potentially dangerous but also technically illegal. However, Seattle public officials have described the lack of helmets as a “legal grey area,” and SPD doesn’t seem too keen on enforcing the helmet laws, so at this point at least, if you’re willing to take the risk, odds are you won’t get into too much trouble. Plus, the Pronto helmet system – which was cumbersome at best – often discouraged riders, making the program still less accessible.

Helmets aside, the most obvious change from Pronto to the LimeBike model is the end of docking stations, the stalls where Pronto bikes had to be parked.

While docking stations have worked well in other cities, Pronto’s were too sparse to make the bicycles useful citywide, because bike sharing is used mostly as a method of connecting other modes of transportation and finishing the last mile of a trip.  As LimeBike user and cycling aficionado Jawara O’Connor pointed out, South Seattle didn’t have a bike share docking station, making accessibility for those of us who don’t live near downtown nearly impossible. The lack of a docking system makes this program more accessible to a wider array of Seattleites.

“I appreciate the opportunity to have a dock-less bike share system available for the masses to rent,” said O’Connor. “It opens people to the idea of using a public bike for transportation needs… It exposes people to true cycling and provides opportunity for people to experiment with the idea of actually incorporating cycling into their daily lives.”

However, for many riders and non-riders, the lack of a docking system is less than ideal.

Bikes have been found in trees, under bridges, and underwater. Though this is unusual, by now we’ve all seen a tipped-over LimeBike sadly slumped in a bush near a bus stop, street corner or trail. This is not only unsightly, but also can prove dangerous. Commuters of every ilk are often hard-pressed to dodge LimeBikes jauntily propped up in the middle of the Burke Gilman trail or smack-dab in the middle of a sidewalk.

“We rely on people to put them in responsible places and not be callous with the system,” said Gabriel Scheer, the company’s Director of Strategic Development. Scheer has been working with the City of Seattle to fix this issue and others like it. Efforts to combat this problem include employing ground crews to canvas Seattle fixing problematic parking jobs, educating users on how to treat the bikes kindly, and working with the city to add infrastructure—like bicycle parking—to make LimeBike disposal more intuitive.

Another drawback that Scheer is working to remedy is LimeBike’s reliance on smartphones. Although this makes accessing the bikes convenient for those of us who can afford to have a mini-computer in our pockets, lower income populations who would benefit most from LimeBike transportation often can’t use them because they cannot access the app.

“The system as we currently have it is unsophisticated,” Scheer said. Currently if a rider goes to the LimeBike Fremont warehouse with cash in hand, they can prepay for several LimeBike rides, and then call on a non-smart phone once they arrive at a bike to unlock it. But this system makes accessing LimeBikes only marginally more feasible, especially for Seattleites who don’t live near Fremont.

Though Scheer doesn’t have any immediate, concrete fixes for this problem, he does agree that it needs to be solved.

“Bikes are the most equitable form of transportation,” he said. “We need to make sure not to push people out.”

Long story short? The LimeBike program, though better than Pronto in most ways that count, still has some kinks to work out.

“I do hope this program is successful. I think the people of Seattle deserve a cycling program for the public that suits the needy and working class,” O’Connor said. And I’m inclined to agree. Yet, it remains to be seen whether LimeBike will succeed in providing equitable, low-impact transportation for Seattleites long-term.

6 thoughts on “LimeBikes in Seattle: The Good, the Bad and the Ugly”