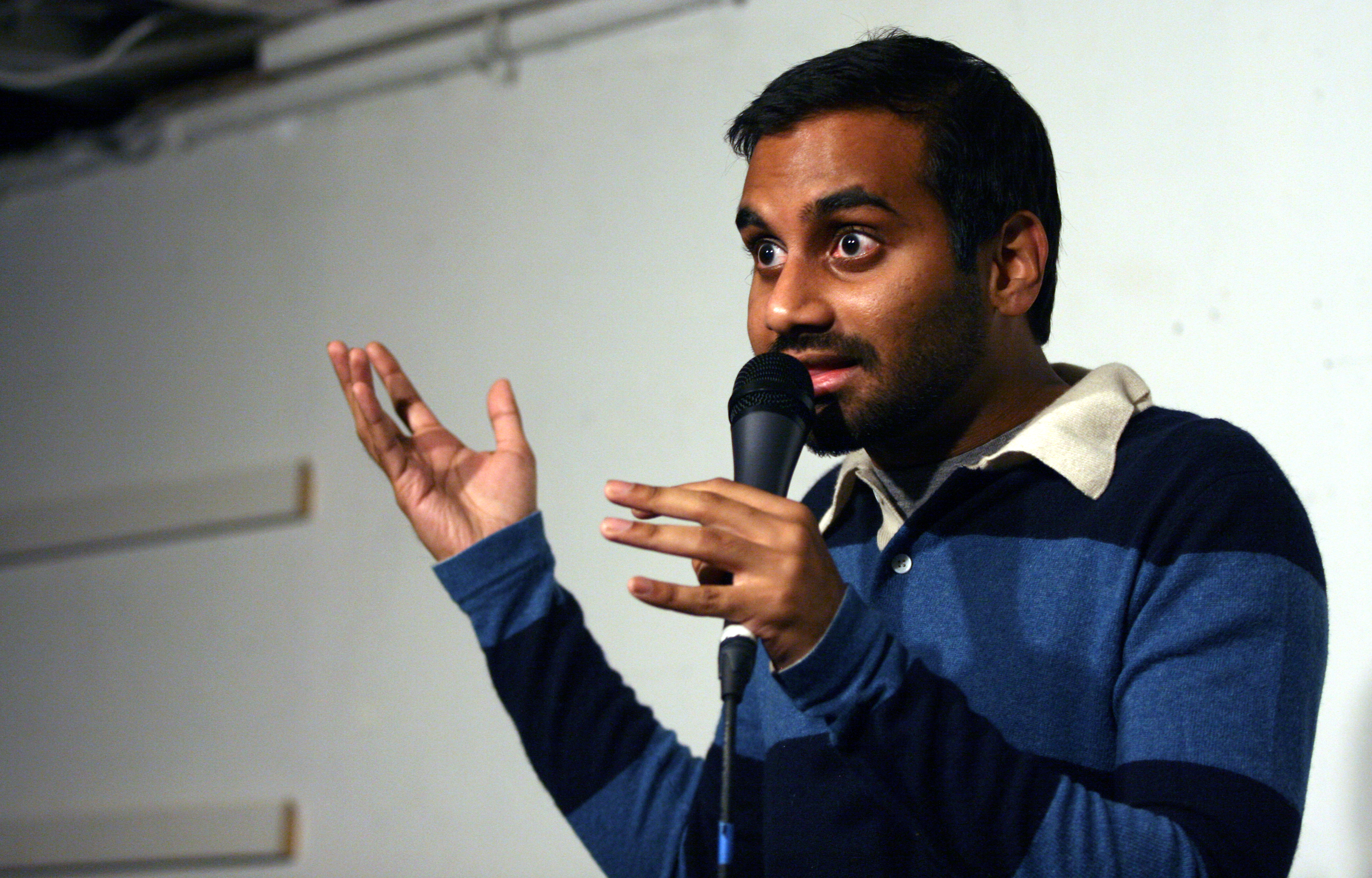 It has been two weeks since a formerly obscure website called Babe.net published a piece describing a troubling sexual encounter between an anonymous 23-year-old woman, “Grace,” and 34-year-old comedian Aziz Ansari.

According to Grace’s account, Ansari pressured her to have sex with him, placed her hand on his crotch a half-dozen times, pointed to his penis and motioned for her to give him oral sex, and repeatedly shoved his fingers down her throat. Grace said she gave Ansari numerous verbal and nonverbal cues that she wanted to stop or slow down—leaving the room, telling him “no,” saying that she didn’t want to feel “forced,” and even going limp and “cold” while he tried to kiss her. Eventually, Grace got up and left, texting Ansari later to say that she had been deeply uncomfortable with their encounter.

For a second, it seemed like we were going to finally have a national conversation about sexual coercion, consent, female pleasure, and male privilege. It seemed inevitable that we would discuss the profoundly disturbing fact that even in the era of #TimesUp #MeToo, a shockingly high percentage of sexual encounters between men and women end with the woman “giving in,” or going numb, or leaving in tears.

But that conversation was quickly sidelined by the backlash to Grace’s story—by feminists who said the sloppiness of Babe’s reporting undermined the larger conversation about consent, by left-leaning women who mocked Grace’s experience as a rite of passage that young women must suffer, by anti-feminists who said that even discussing Ansari in the context of “real” offenders like Harvey Weinstein undermined the #MeToo movement, and by other anti-feminists who argued that requiring men to read women’s signals or listen to their words somehow infantilizes women. Ansari, an experienced actor and comedian who wrote a best-selling book about relationships between men and women, was given the benefit of doubt and forbearance one would grant a small child, as someone who couldn’t possibly be expected to read minds, as an “aspirational” Muslim who was being “assassinated” by a vindictive woman, as a young man “in the confused beginning [of his] dating [life].” (Ansari will turn 35 next month).

Fewer people wanted to talk about the central issue the story raised, which is the fact that lack of consent exists on a spectrum, and that encounters where women just give in is part of that continuum, just like violent rape and partner rape and sexual assault against women too drunk to consent. But because our society still requires perfect victims and multiple witnesses and multiple accusations from multiple women to even consider the possibility that a man has committed sexual assault, we rarely get close to discussing the grayer areas of the spectrum, where men who would never consider violently raping a woman think nothing of pushing and pushing until they get their way.

And yet virtually every woman has been in the exact kind of situation Grace describes. You’re alone with a man, fooling around, and at some point, you establish a boundary. Most likely, you do it gently, especially if the man you’re alone with is someone you don’t know well. “Can we just slow down for a minute?” “I don’t feel comfortable doing that right now.” “Let’s go in the other room and talk for a while.” “Can you be a little more gentle?” “I’m not ready for this.”

He may pause for a while, and you think, “Whew. That’s over.” “Of course,” he says, leading you into the next room. But then, after a minute or an hour or another drink, he decides to keep pushing, and now he’s pawing at your clothes or pushing your head down into his lap or putting your hand on his crotch, hoping to wear down your resistance. After all, pushing has worked for him so many times—like all men, he’s been taught explicitly or implicitly that sex is a negotiation, in which the man badgers until the woman relents.

Eventually, you may get up and leave. Or you may go limp. You may stop moving your lips and turn cold, as Grace did. You may take another drink and let the numbness sink into your bones. You may lie back and wait until it’s over or give him whatever it is he wants and sort of float somewhere outside your body while it happens. You may tell yourself, “This will be over in a minute, then I can leave and never see this guy again.” Or you may see him again and offer timidly, “Hey, it was a little weird when….” You may go home with him again and hope it will be better this time.

What you are not too likely to do is slap him, punch him, or run out the door—the solutions many writers have offered up for women trying to escape an uncomfortable situation, usually preceded by “Why didn’t she….” Usually, what makes women stay isn’t a fear of physical violence, it’s the fact that women are socialized, starting practically at birth, never to make things ugly, or hurt a man’s feelings, or give offense. Unlearning those lessons is harder than just walking away from awful sexual encounters, too, because they’re embedded in every facet of women’s lives, from the expectation that we let men talk over us in meetings and present our ideas as their own to the fact that many of us say “I’m sorry” a hundred times a day, not because we are sorry but because we’ve been taught, by instruction and example, that that’s how women get by.

So you sit there, or you lie there, and let him take what he wants, whether it’s oral sex or more nudity than you’re comfortable with or touching you somewhere you don’t want to be touched. One writer described this latter scenario as a game of “touch-roulette … you try to decide the least awful places and ways to let this person touch you because you’re not getting out of the night without letting him touch something in some way.” It is gross and demeaning and dehumanizing. And for straight, sexually active women, it’s a near-universal experience.

What “bad sex” isn’t is bad sex. It’s sexual coercion, and it exists on the exact same spectrum as Harvey Weinstein and Matt Lauer and Charlie Rose. Women are, despite what you may have heard, more than capable of understanding the difference between violent rape and sexual harassment and sex you said no to but ended up letting him do to you anyway. The fact that violent rape exists doesn’t mean we shouldn’t talk about other, lesser offenses men commit against women.

In fact, the fact that “bad sex” happens so often—and has so many apologists—is a reason to talk about it more. It’s 2018, and we’re still earnestly debating whether consent has to be enthusiastic, and whether we should put all or just most of the blame on women when men fail to read our mysterious “signals.” We’re still wondering whether men are just too dense or lack the emotional intelligence to perceive whether their sexual partners are actively participating or just acquiescing. We’re still fretting more about whether a report about a sexually coercive encounter was thoroughly reported than the fact that coercive sex is ubiquitous.

We’re still more concerned about the entirely fictional ruination of men like Aziz Ansari than we are about the women they hurt. We’re still crossing ten lanes of traffic to find excuses for predatory men’s behavior, and to find reasons to discount women’s stories. (She’s too young to know that what she went through was normal; she just wanted to get famous; she has it in for him; she did something and then regretted it the morning after and now she’s trying to blame the man.) We’re still treating enthusiastic consent, the idea that sex should be pleasurable to both parties, as a new and radical concept, one that men will need a good long time to grasp and put into practice.

And yet, social change often happens quickly. (Affirmative consent isn’t a new concept anyway—I learned about it in college, and Carole Pateman, among others, was writing a counternarrative about consent back in 1980.) Marijuana, once considered as dangerous as heroin, is now legal in some form in all but a handful of states. Abortion was illegal almost everywhere, then became legal, with restrictions, virtually overnight. Same-sex marriage was unthinkable in mainstream political circles 20 years ago, but now it’s the law across much of the land.

The most optimistic reading of all the #MeToo backlash, including the fevered defenses of Ansari against an imaginary horde of radical feminists out to ruin his career and reputation, is that it’s a sign that women’s sexual autonomy is being normalized. Sometimes, the voices favoring a retrograde status quo are loudest just before an epochal shift. Maybe this backlash is a death rattle.

One thought on “Aziz Ansari and “Bad Sex””