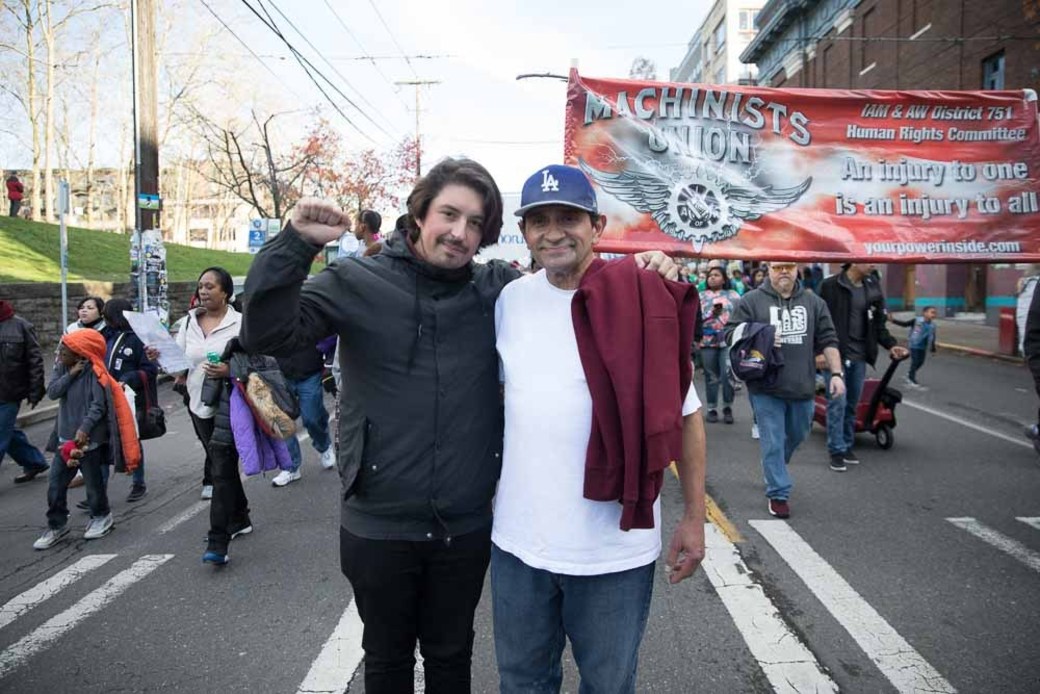 These last few months have really tested me. It’s felt as though I’ve been undergoing open-heart surgery. So far, the worst moment of all was the other night when I picked up my father after not seeing him for several weeks. I’m struggling with finding words to adequately express the feeling.

If I had to try harder, it would be the sum of emotion that floods your being when you feel things in your bones and when your soul is stirring. Like when you feel as though you are on fire. Or when your heart couldn’t be heavier. When your mind is racing to beat light or when your breath is violently arrhythmic.

It resembles hearing your own heartbeat over surrounding chaos and noise, or the feeling of swallowing your heart in the name of composure when you think somebody else’s hope is teetering in the space between you. When you notice a vein twitch in your eyelid, or your neck, or when your voice trembles while breathing deeply. Like feeling an earth-shattering sense of personal injustice for the first time all over again or when something/someone irreplaceable and of immeasurable importance to you – is being taken from you while you are forced to watch.

I’ve never been as angry at, or disturbed by, or inconsolably heartbroken with, or completely overtaken with determination to uproot this entire oppressive system – the dumpster fire we call capitalism – as I am listening to my father really cry.

Sob uncontrollably while he described to me: his reason for using heroin, where he sometimes has to sleep, how he keeps warm outside on cold nights, what kind of existential pain he tries to cope with, the humiliation and confusion that comes when people treat you like your invisible, his frustration with the lack of BASIC services for him and others as he witnesses more and more people enter life on the streets, the times he feels truly alone, the moments that allow him to sigh with relief at the kindness of strangers with a couple of dollars to spare after days of ‘panhandling’, the rare safety he experiences in emergency rooms.

He speaks about the shock he gets when other houseless people and/or addicts offer their own coats, blankets, or food to him. He shares the ways he is stripped of his dignity daily, and the times when others mistake his kindness (in the face of bullshit) for weakness – as when most recently some desperate soul swindled my dad out of the holiday gifts he cobbled together for me and my siblings. He continues on about the constant loss he experiences when his bags of clothes and hygienic items are stolen out of bushes he hides them in when he’s unable to carry them any longer, why riding in a car or bus is a treat, and the last time he had a prepared meal in a house or restaurant.

He talks also about how he fears getting too worked up ALL THE TIME so he doesn’t induce himself into having another stroke or another heart attack (he suffered a heart attack during Christmas) especially when he can’t afford the costly medications he needs. And he shares the fear of his life ending before he can meet any future grandchildren, and how he’ll never get to apologize to the ones he hurt or disappointed. The possibility of passing before his own mother also weighs on him.

Reflecting on how life turned out so much differently than he imagined it would be at age 61, he examines the decisions he makes in those moments when helplessness sets in, and how he, like many others, have found themselves playing with fire just to stay warm. He relates how crippling stress of police encounters as a precarious older dark-skinned man causes disorientation and panic attacks, how he feels, at many times, that there is nowhere for him to legally or safely EXIST. And how ALONE he feels, how he quietly wishes for death in his sleep and the simultaneous worry of nobody knowing he’s gone.

All of that somehow temporarily bleeds away like a bad dream when I see his face after he’s served a hot meal, or when he drifts into a warm nap in my car, or the gut rumbling sigh he takes when putting on dry socks, or how when he is still able to mention a happier time and memory from my childhood with a tone in his voice that I can remember well.

This whole experience has tilted the prism through which I see the world and what I thought I knew.

In addition to learning and practicing new levels of empathy, of expectations, of boundaries, of limitations, and altogether reshaping what I understand about progress – I know that I can’t make it just go away no matter how much of my life energy is spent trying, for him or the countless stories of others languishing in the spectrum of poverty (that most humans on this planet are currently experiencing).

It’s one of the hardest parts. The act of accepting that I don’t have much control over fixing this. As somebody who spends most of my time working with others towards solutions to problems, this is unbearable. The long list of state sponsored obstacles that impede folks from getting services, holistic rehabilitation, or a sense of light at the end of the tunnel in a system that wasn’t built for people like him – makes me want to tear it all down.

If I had the resources to expedite the process of his rehabilitation myself, I’d STILL be triggered by the thousands of others I see suffering in the streets and the inescapable knowledge of the thousands more in their cars, or on somebodies couch, or the millions more working for table scraps while being merely one missed paycheck away from the beginning of a tragically similar or worse situation (those of us known as “the precariat”).

It’s inescapable. Because we are living in the richest country in the history of the planet in a time when scarcity of resources couldn’t be a bigger lie. The idea that sends me rocketing into astronomical heights of these feelings with enough motivation to punch holes in the damn atmosphere is that SO many of us KNOW that we can put an end to poverty, hunger and a dramatic degree of completely avoidable human suffering with some democratic restructuring of our priorities.

I know precisely why this happens. Many of us see it. There’s a great deal of time spent in my life learning how the conditions of this reality could be different and why they have to be – and unambiguously fighting against those inhumane conditions – because there is nothing natural about the way our current system pervades human nature and sustainability of life on this planet.

Repeatedly, I’m reminded how I can’t live a life seeking comfort or asylum from the cruel ways in which this current arrangement of resource allocation, or how we’ve been taught to treat each other, AFFECTS PEOPLE in horrific ways. I’ve failed at running from it. I’m exhausted by the thought of wasting any more time hiding from some of these pretty inconvenient truths. Sometimes I get sick to my stomach when I realize how I’m bending over backwards to distract myself from it. Sometimes I agonize through pain when society’s cruelty catches up to me, even while I attempt to dilute my time with the fake coping mechanisms that I was unrealistically taught would deal with how overwhelmingly scary things in this world get when you expose yourself to them, make yourself acutely aware of them – and most of all- allow yourself to be vulnerable towards them.

To be open-hearted in the face of it. To spite it! The lies I remember telling myself to get through the day haunt me. Which is why I’m at a point of trying to deal with it as directly as possible and head on.

Thankfully, I do not feel directionless in my efforts or lost in the sea of emotion that this brings. I’ve come to understand my father’s condition and others in relatable circumstances as products of an unhealthy environment and of a sick system that deprives instead of nourishes – it’s not a tragic mystery that is merely a consequence of a series of bad decisions or weakness on an individual level – but rather systematic result of what this system creates. It creates more of this on a global scale much faster than it’s capable of fixing it.

Nothing can really prepare you for this kind of giant fucking tidal wave of shit. It’s humbling and at times debilitating. I deal with knowing that “it could be me” and the constant worry over my father. It’s harder for me to think about how this impacts my family. It’s an unbelievable energy/emotional/mental/financial drain of a roller coaster and I can’t get off yet.

People like my father, or people who end up in similar circumstances as he has, provide mounting evidence of the monstrous conditions we’re subjected to under this rotten system. Besides all the emotionally crushing parts of this on the ground floor and the suffering of it all, the inescapable reminder of how much worse it gets for others than this, is just such a gut punch. This whole situation is an indictment of capitalism and the poverty, sickness, and helplessness it creates. I can’t escape the thought that capitalism is killing my father.

Hopefully we’ll have some kind of accessible long-term counseling, drug treatment, housing program lined up for him soon, but in the meantime this is the most time I’ve spent with him in years, and it’s eye opening to say the least. His very survival with all the serious health issues he has lets me know that people are capable of some amazing things. AND that there’s a lot worth fighting for.

There are movements of amazing people across the globe – all around us – awaiting our energy and engagement in the effort of completely transforming our society so we make sure that one day this never happens again. Participating is the least I can do. It seriously gives me life. I’d be lost without the perspective it brings. If there is anything I hope from those of you reading this it’s that you get involved in building social movements, understanding them, and supporting those currently engaged in them, the best way you can. They’re the engine of history and the only constructive way out of this.

On MLK day, I was driving my dad from an appointment to get food and to come up with a plan for where he was going to sleep that night before getting caught off guard by traffic in the Central District.

We were halted by the MLK March that I had been planning on going to as I do almost every year. So, I parked. My dad asked what was going on, and I explained what the commotion was all about.

I had almost forgotten what day it was because of how overwhelmed I had been recently. He told me at first that he wasn’t feeling very well but then he did something he hadn’t done in a long time. He got out of the car and said we should catch up to the march because he had always wanted to participate. Walking side by side with him, joining the energy produced by possibility, we were marching toward a better world.

All I could think about was these words: “Another world is not only possible, she is on her way. On a quiet day, I can hear her breathing”
– Arundhati Roy

One thought on “We Can’t Seek Asylum From Society’s Cruelty: Another World is Possible”