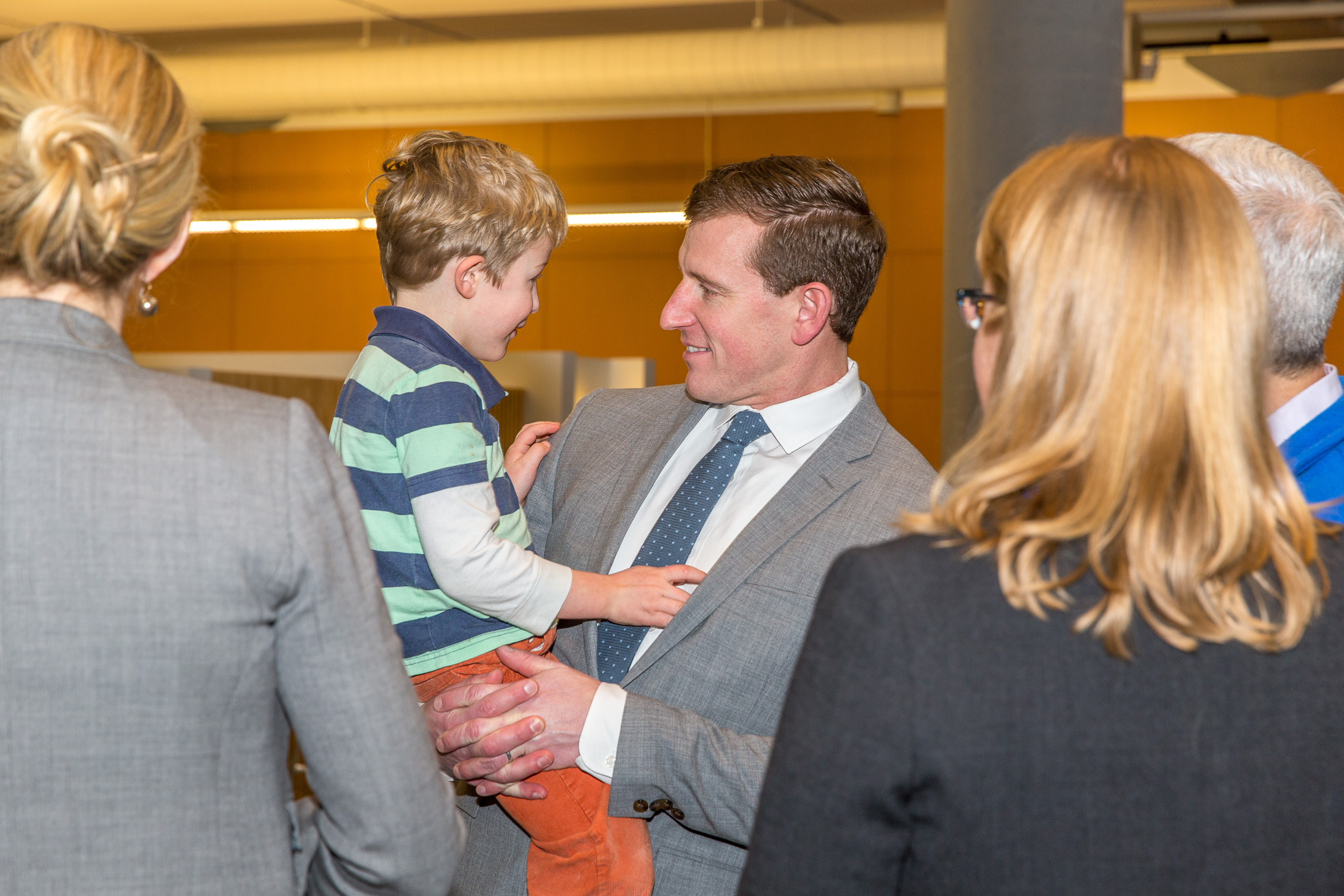 This is by far the biggest change so far,” says Port Commissioner Ryan Calkins when I meet him at SeaTac Airport for a tour of the existing baggage claim facilities. He’s holding up two phones; one is a work phone, the other a personal one.

Calkins has been on the job just a couple of weeks. Port Commissioner is the first elected office he’s held; to win it, he had to unseat a decade-long incumbent. He’s one of two new members—though the other, Peter Steinbrueck, is hardly new to public service. Steinbrueck once sat on the Seattle City Council and has run for other offices, including Mayor of Seattle.

Having to carry two phones, says Calkins, is one of the stranger parts of the job. He also doesn’t love being called “Commissioner.”

“I don’t feel comfortable with the honorific,” he says. “I always tell people, ‘just call me Ryan.’”

The airport is embarking on a massive upgrade that will streamline the baggage process, update outmoded technology, and make the workplace a more pleasant space for employees. Flanked by TSA officials, Public Information Officers, and me, Calkins is being shown around to get a better understanding of why the change is needed—and how huge of a project it really is.

“It’s like grad school all over again,” he says gleefully. “I’m constantly in class.”

On the day we take the tour, we all wear matching orange vests as we duck, leap, and sidestep active construction sites. Calkins—who is built more like an athlete than a bureaucrat—seems comfortable and excited. Grinning at the electric forklifts and guys in hardhats, he turns to me and says, “this is the good stuff.”

He asks questions about potential job losses—we’re assured there will be none—and the opportunity to make changes that are more sustainable and climate-focused. He makes fast friends with everyone, asking questions about their lives, their kids. He is warm and brings a genuine curiosity.

Many parts of what the Port does are familiar to Calkins; in his day job, which he still holds (because being a Port Commissioner is a part-time job), he works with small businesses, often owned by low-income and marginalized individuals, to help them find funding and thrive. In that way, the Port’s economic development work is familiar. Prior to that, his experience included work in importing and shipping, as well as humanitarian relief work.

“The issues that we get to deal with are issues that have real interest to me,” he says. “That’s part of why I ran in the first place.”

Other parts, though, feel harder to work out. Because it’s his first time holding public office, Calkins says that following the rules has been one of the biggest learning curves.

“Three [port commissioners can’t] get together without public notice,” he says, referencing the Open Public Meetings Act, “I can’t have them over for dinner. We can carpool places, but if we do, we can’t talk about work.” Adhering to transparency, he says, is critical.

Calkins, a Mukilteo native whose parents also lived and worked in the area, has been watching local government for years, and he knows what he wants it to look like. He wants to be open, accessible, and effective—which also means not micromanaging the many Port of Seattle employees who have been doing it a lot longer than he has.

“I’m much more comfortable at altitude than I am in the weeds,” he explains. “It’s not my role to get into the day-to-day side. The role of the Commission is to create strategic, long-term suggestions and direction.”

But, he admits, it can be challenging to find that balance, particularly when constituents reach out with comments about highly political or heated issues—like, for example, the way that the needs of South King County residents have been handled as greater development has created concerns around noise pollution and air quality.

The equity component, which was a major element of Calkins’ campaign, remains at the forefront of his tenure on the Commission.

“If there were to be a motto so far in my first month, it would be: Remember who’s not at the table,” says Calkins. It’s not lost on him that in 2017, when he won election, the Port of Seattle added two new Commissioners, both of whom were white men. Again and again, he says, it’s important to remember whose voices are not being heard, particularly on issues of air quality and pollution.

“Who doesn’t show up to our Commission meetings? Who isn’t emailing us? Well, it’s mothers of children feeling the negative impacts because, one, they probably don’t have the luxury of making it to a noon meeting on a Tuesday in Tacoma. Two, they probably don’t know that we’re the source of the disproportionately high amount of asthma in their community.”

Another campaign current that’s showing up in Calkins’ new life on the Commission: Being a dad. Anyone who saw him on the campaign trail knows that he has kids—three, to be exact, all under the age of 10—and that he’s the designated pick-up and drop-off guy. Calkins’ wife, Lindsey Dell Calkins, is an attorney and a Princeton grad who, until just recently, was frequently traveling for work. On the campaign trail, Calkins had made it clear that were it not for his wife’s work, he would not be able to take on role that can be so time-consuming, while also paying so little.

Being a dad is a critical part of not only how Calkins views himself, but also how he views the job. Though he’s not the only Commissioner with young children—Courtney Gregoire also has two—Calkins says it’s important to step up as a dad in the public eye. Often, he says, modeling the role of a parent who works is left to women—and he wants to shift that and create a “feasible” family lifestyle for anyone, “not just the mothers.”

“Last week, the morning of the State of the Port breakfast, where Courtney was giving the annual address, my parents were going to have one of my kids. And my parents got sick, so they couldn’t take him,” he explains. “So, Gus came with me. And I want that to be what is OK.”

Having supporting parents and a working spouse, being able to split time between a full-time nonprofit job and a seat on the Commission, and having the education and the know-how to make tough decisions are all privileges that Calkins doesn’t take for granted—and it’s that kind of opportunity that he wants to expand through his role with the Port.

“As an economic development engine, we have a lot of potential here,” he says. “The work we do has meaning.” Whether it’s new union jobs working the shiny baggage claim machines or improved air quality for residents in South Seattle, Calkins says the long-term plan for the Port looks pretty good. But, he says, he wants to take a few more tours of some of the heavy machinery…just to see.

“We should probably tour the cranes next,” he says with a smile.

Featured image courtesy of the Port of Seattle