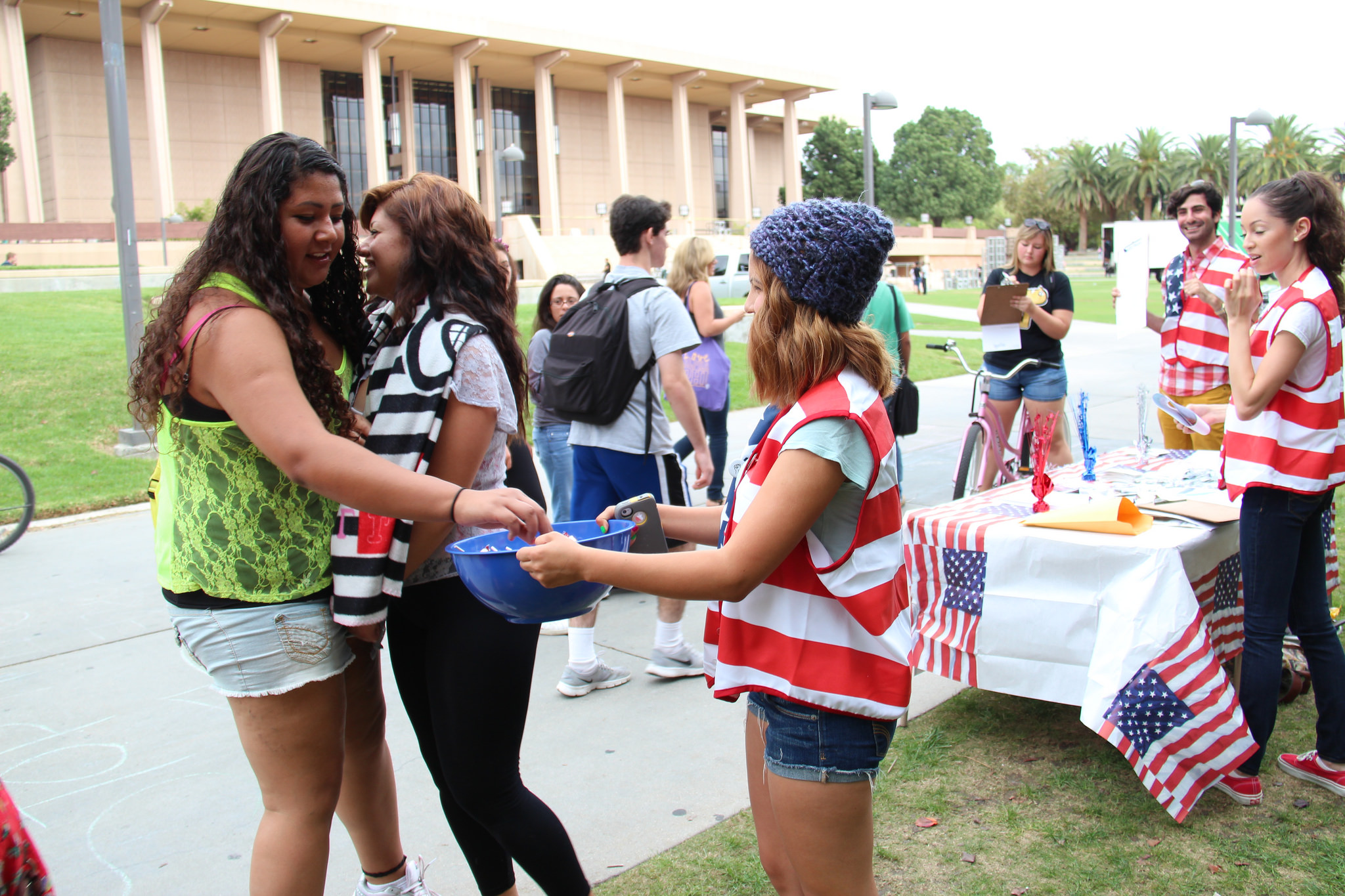 In 2016, thousands of young Latinx Americans from mixed-status families across the country had a wake-call: it was time to vote. Donald Trump’s candidacy presented a terrifying threat to the safety of their parents, siblings, and communities. With the clock ticking, many of these young people rushed to the polls on Election Day, only to find they couldn’t take part. Why? They were eligible to vote, but they weren’t yet registered.

We need to be sure that never happens again by making registration more accessible. Our right to vote is a fundamental freedom and for good reason–because every American has a stake in the decisions that become law, each one of us must be able to freely participate in elections. Imagine a democracy where all voices and interests are represented in who gets elected and what gets passed, where everyone is able to participate in elections without complications or barriers.

This is a vision of what racially equitable voter participation looks like. That’s the vision Washington state strives to achieve. From mail-in ballots to online registration, we’ve lead the way for our nation. This year, lawmakers are considering a solution that could get us even closer to a truly representative democracy in Washington: Automatic Voter Registration.

If you’re not already familiar, Automatic Voter Registration (AVR) is a simple way to help more Washingtonians get registered to vote. When eligible people interact with certain government agencies, they’re automatically registered unless they choose to opt out. AVR can also update an existing registration after someone has changed their address. Nearly one million eligible Washingtonians aren’t registered to vote; it’s been estimated that AVR could register up to 90 percent of those people. In some state electoral districts, only 14 percent of eligible voters of color are registered, while in some districts, up to 96 percent of white voters are registered.

Through my work for the Latino Community Fund, I’ve heard the stories of recent immigrants, working parents, community elders, and young people just starting to get involved in the political process. I know they care deeply about our democracy, and could benefit from the opportunity AVR provides. Our communities have been under attack by extremists who use racial profiling and inhumane, un-American policies to tear our families apart. I stand with my community, and work every day to ensure that the things we fear don’t come to pass. However, racist attacks on undocumented people and mixed-status families will only end when we come together and use our ballots to deny racists power. That starts with ensuring every eligible Washingtonian can vote, and AVR is an essential step to realizing that goal. I’m not alone in my vision; our representatives are working on an AVR bill that will help more eligible voters participate than ever before, that also includes strong protections for non-citizens.

If passed, Washington’s AVR policy would hold government agencies to the highest standard possible, ensuring every agency involved does its part to enfranchize eligible voters without discrimination. Some mixed-status families are concerned that AVR could increase the risk of undocumented family members being exposed to federal immigration agencies. Governor Inslee and our elected leaders have heard their concerns.

To that end, Governor Inslee has issued an executive order prohibiting state employees–including those who would register voters with AVR–from voluntarily disclosing citizenship status of Washingtonians to ICE. Furthermore, the AVR bill requires that if a non-citizen were registered in error, the Secretary of State’s office would be responsible for conducting an investigation into the agency that registered the non-citizen; the non-citizen would not be liable for the agency’s mistake. Legislators and voting rights advocates are working hard to make the bill even stronger for the safety of our families and communities.

From the very beginning, this AVR bill has been about the people: about making sure every eligible voter can participate without complication. It’s been about including marginalized communities–people of color, low-income workers, women, young people, and more–who are typically left out of the political conversation. We want to create the most accessible voting system we can while balancing strong safeguards for non-citizens. I’m confident that the advocates and legislators working on this bill will do just that. Across the country and here in the evergreen state, Latinx families and their allies are calling for humane immigration reform. If we want to see that change, we need to have an equitable and representative democracy and election system.

To get there, we need every eligible person registered to vote so that no voter is turned away from the ballot box on Election Day. If we pass AVR, we’re one step closer to a democracy in Washington that is not only of, by, and for the people, but also reflects our compassionate spirit and commitment to equity and justice.

Oskar Zambrano is the Director of Civic Engagement and Advocacy at Latino Community Fund, and a steering member on the Washington Voting Justice Coalition. Oskar was born in Mexico City and brought to the USA at the age of two. He grew up in California under Gov. Pete Wilson’s threat to the immigrant community with prop. 187. This was enough motivation for Oskar to become a Youth Advocate in the 6th grade. His pursuit for Social, Economic, Environmental, Education, and Immigration Justice has led him all over the country to motivate Latinx students and communities to fight injustice with the ballot and organize around grassroots civic engagement actions.

Featured image is a cc licensed photo attributed to SusieOG

6 thoughts on “Op-Ed: To Fight Racism, We Need Automatic Voter Registration in Washington”