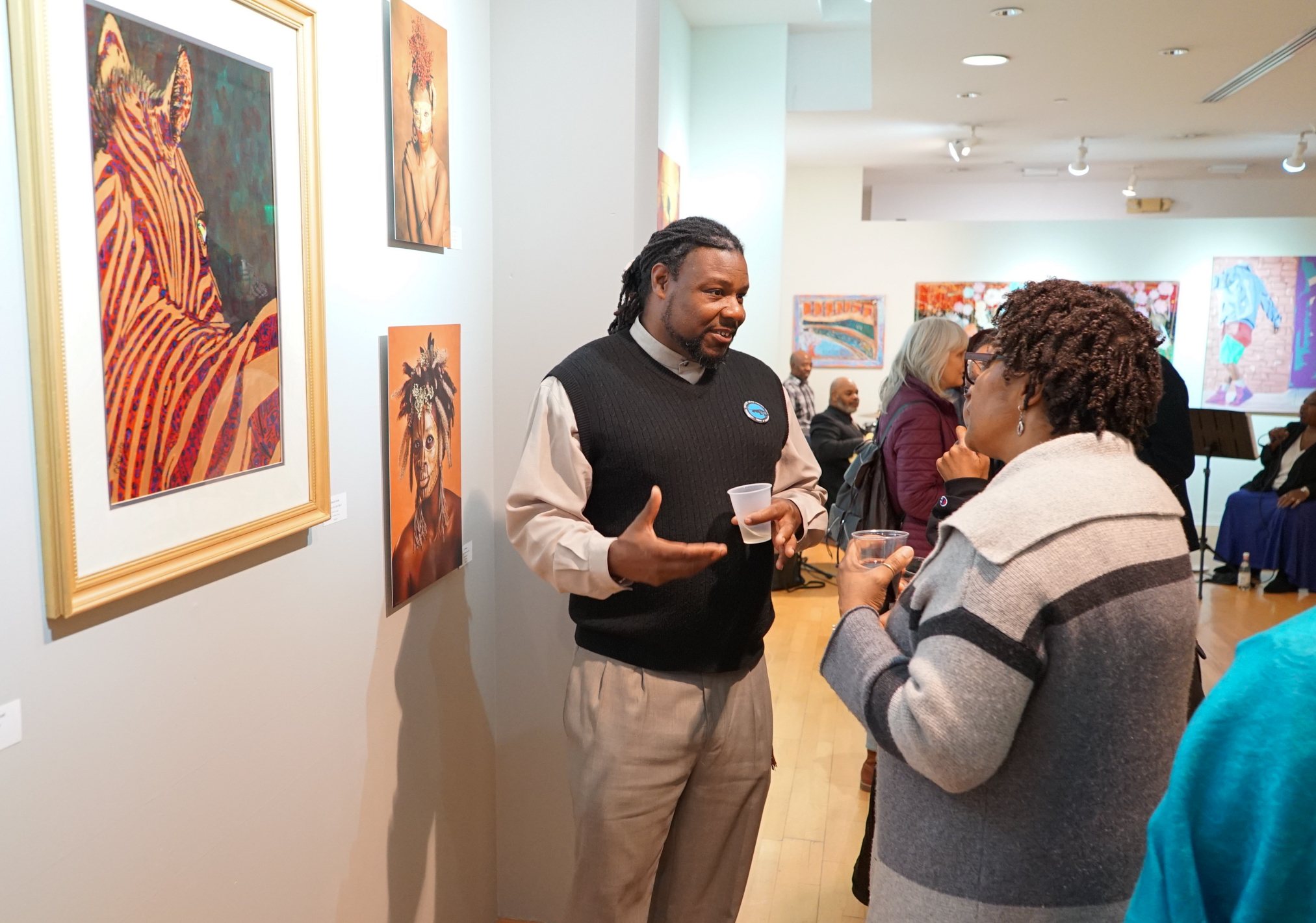 Art lovers flooded the third-floor gallery space of Pacific Place on Sunday for the re-opening of the Onyx Fine Arts Collective.

A showcase for artist of African descent, the collective’s new location in the shopping center is larger than their previous gallery in Belltown. With a central location in the heart of downtown Seattle, the group anticipates more people discovering the visual artwork of Onyx members.

Just last year while temporarily located at King Street Station, the Collective presented the largest exhibit of Pacific Northwest artists of African descent ever. That show featured 160 works by 46 artists including six installations.

Sunday’s re-opening saw Elnah Jordan and her band performed jazz classics while attendees mingled with several of the artists with work on display. Nancy Miller, who had come with a friend familiar with the Collective explained, “There was no way you could just walk through and view pieces of art. You had to experience them. Having the artists there to talk about what inspired them and the processes they used was the icing on the cake.”

Works by renowned Seattle artists Al Doggett, Esther Ervin, Ashby Reed and Carletta Carrington Wilson are were exhibited at the re-opening. The Collective is also showcasing pieces from dozens of other artists and photographers and plans to host further shows on a rotational basis.

Ernest D. Thomas, the President of the Onyx Arts Collective board, sold one of his pieces and said although he would miss the collective’s previous digs, their new location at Pacific Place is beautiful and would most likely attract more visitors.