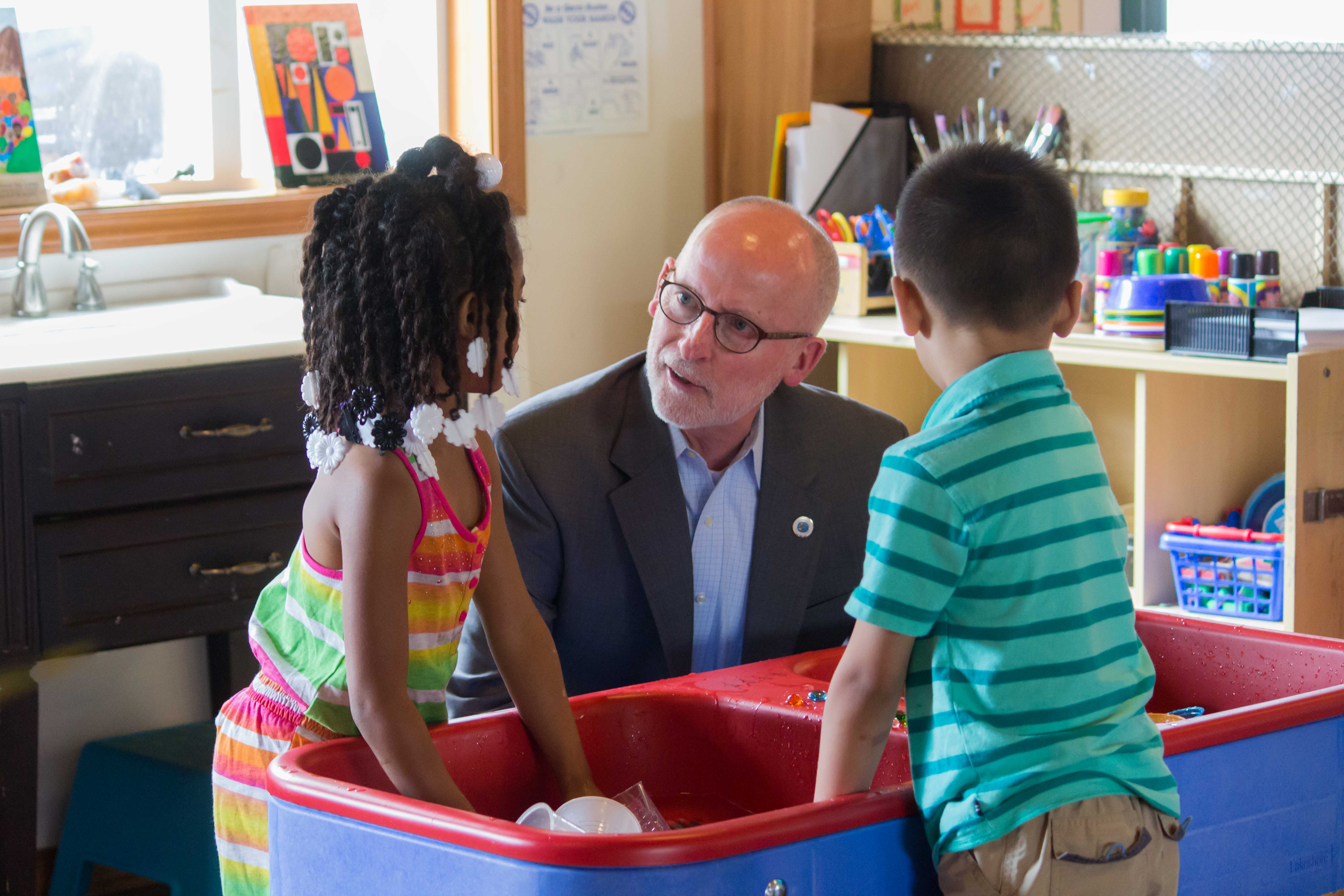 In my time at Seattle City Hall I discovered something that, frankly, we don’t like to discuss or even acknowledge.

We are failing to prepare all of our children for a successful life, a reality that creates injustice and social inequity harms our long-term economic prospects, and costs all of us a lot of money. This tragic fact is most evident when we look at education achievement.

Less than half of Seattle’s low-income children and children of color are ready to begin their formal education when they walk through the door of their kindergarten classrooms, meaning they lack basic, age-expected social-emotional development, and language, cognitive, literacy and math skills. These facts are sadly clear in the Washington Kindergarten Inventory of Developing Skills (WaKIDS) completed each year in the first few weeks of kindergarten.

This prekindergarten preparedness failure continues into the elementary grades, too. Only about one-third of children of color in grades three to eight in Seattle Public Schools can pass basic proficiency tests in reading and math. More than three-fourths of their white peers pass. Put another way, two-thirds of our elementary-aged children of color fail because we do not adequately address vital child development needs in the crucial birth-to-five window of opportunity before they start kindergarten.

This inequity, this moral failure, has persisted in Seattle for decades and we collectively bear responsibility.

It is time to take a different, very bold and strategic approach, one that is squarely focused on making sure every child born in Seattle receives the strong and fair start they deserve, including being prepared to enter kindergarten ready to learn and thrive. And I mean every child, regardless of their neighborhood, their family economic status, or the color of their skin.

This is vital work we should all embrace because children entering kindergarten without basic, ready-to-learn-and-thrive skills face a steep climb. For most, it’s too steep a climb, and they will never catch up, as the evidence shows. And this reality not only harms these children and their families, but all of us in higher social-service costs, failure to prepare our future workforce and unnecessary criminal-justice system involvement.

This terrible American — and Seattle — tragedy is well documented in “Cradle to Kindergarten: A New Plan to Combat Inequality” by Ajay Chaudry, Taryn Morrissey, Christina Weiland and Hirokazu Yoshikawa. Citing their research and successful programs, these scholars agree we should invest very early in the lives of children in high-quality programs designed to enhance brain development, prepare kids for kindergarten and support parents.

Now, we’ve taken some great steps to address this crucial issue. Soon, Washington will have the most progressive paid-family-leave program in the country, a key ingredient for supporting families and children. We are raising the minimum wage. Washington — and especially Seattle — has a high-quality preschool program for our 3- and 4-year olds that is meeting expectations.

But we can and must do more. Here’s how.

First, let’s align the various programs we invest in today and make certain no child slips through the cracks. We have the evidence of what works. But, these efforts need to be taken to scale so all children benefit. This will require strategic, integrated programs as opposed to a silo approach, which, frankly, is far too common with government investments today. Universal adoption of tested and effective programs like the Nurse-Family Partnership, Parent-Child Home Program, school-based health clinics, quality child care and the Seattle Preschool Program will do wonders for all Seattle kids.

Second, let’s strengthen the city government relationship with Seattle Public Schools and forge a new partnership that is keenly focused on preparing our children for kindergarten and then making sure they receive the quality education they deserve. City and school-district leaders should jointly plan for this fall’s renewal of the city’s expiring Families & Education Levy and the Seattle Preschool Program Levy, and then the 2019 school levies.

Third, let’s make certain we are preparing kids for the 21st-century economy we have by adopting school-to-job apprenticeships like some European countries already do. Our business community is ready to step up and support this type of career-building path if it is well managed and accountable.

The status quo where thousands of Seattle children of color and low-income children face a bleak future because we are not adequately preparing them to enter kindergarten should jar us to take bold, corrective action now.

City government should focus its limited taxpayer dollars where they will have the greatest impact — in the first few years of a child’s life. The sticker shock felt over the massive property tax increase just imposed means the city government should tighten its belt, reduce the overall tax rate of the city education levies and invest those dollars in cradle-to-kindergarten services.

The compelling case for early, strategic investments has been clearly established through research. Let’s rally ourselves to do what’s right for our kids. The future of Seattle will be stronger and more secure if we do.

Tim Burgess served 10 years as a City Council member and mayor of Seattle. He was the primary architect of the Seattle Preschool Program.

2 thoughts on “Every Child Deserves a Strong and Fair Start”