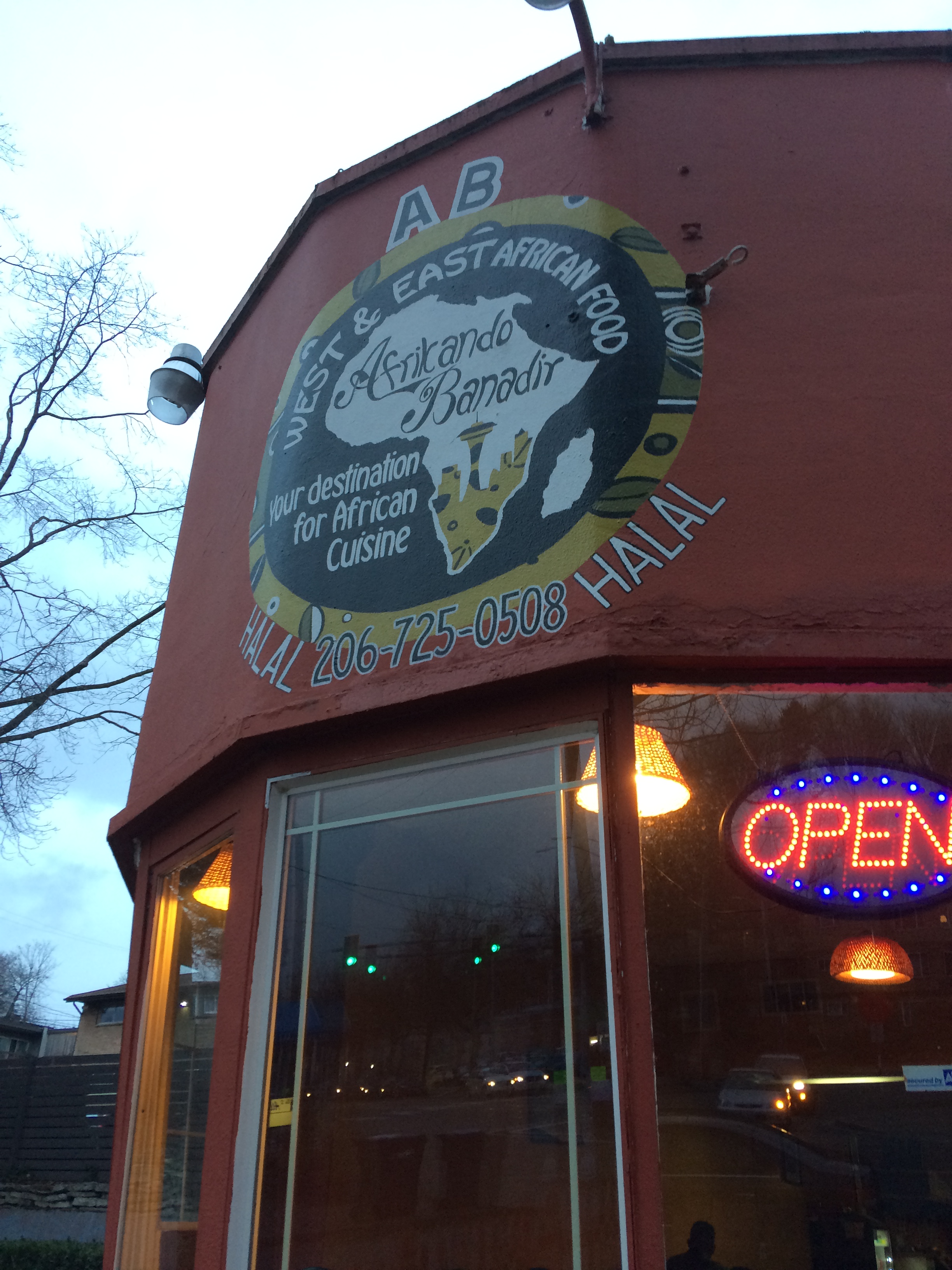 Africa is obviously a big place. Books have attempted to capture its vastness, often unsuccessfully. Either way, anyone who proposes to encompass, on one menu, the foods of Africa, from East to West, has their work cut out for them.

The owners of Africando Banadir didn’t bend under the weight of the task they set for themselves. On their menu you will find dishes from Senegalese, Thiebou Guinaar, baked chicken leg stuffed with onion, garlic and pepper, and Royal Moroccan Couscous.

A line or two down, or a short drive of nine thousand kilometers along the Trans-Sahara highway, there is a Mombasan Goat Pilau. In addition to lamb and goat, there can be had dishes cooked with every starch imaginable; Cassava, sweet potato, okra, plantain, three different kinds of rice, fried flat bread, and not to be left out, spaghetti. The pronunciation guides for the dishes hint at just how varied the geography covered by the menu’s ambitious authors is (say cheb-oo-jen).

But don’t worry. This is the South End. If you come on an unseasonably cold Tuesday night in February, you may find a Vietnamese man order That-Goat-On-Rice, while the staff of one, who is holding down the fort while chatting in Somali to the various customers breezing through, takes his order. This scene plays out as you eat your meal.

A dish of fried plantains comes with an innocent looking dot of red sauce sitting beside. Only a single pepper seed lounging in the sauce hints at the fire that burns within.

The setting is open and airy. Earth tone colors are the back drop for spare artwork intermixed with African style crafts. The space has a dimly lit back dining room, where, presumably, one can dine discretely. By contrast, the standout architectural feature of Africando Banadir is the semi-hexakaidecagon that juts out in the front, catching the street scene from all angles.

On an off night, when you stop in and you have the whole place to yourself, you will know, in a city that, like a middle-aged dad refusing to give up his last pair of college-aged jeans, tries to squeeze into its borders a midsized Midwestern city every year, you are enjoying a rare gem.

One thought on “Rolling Rainier: Africando Banadir Brings Taste of Africa to the South End”