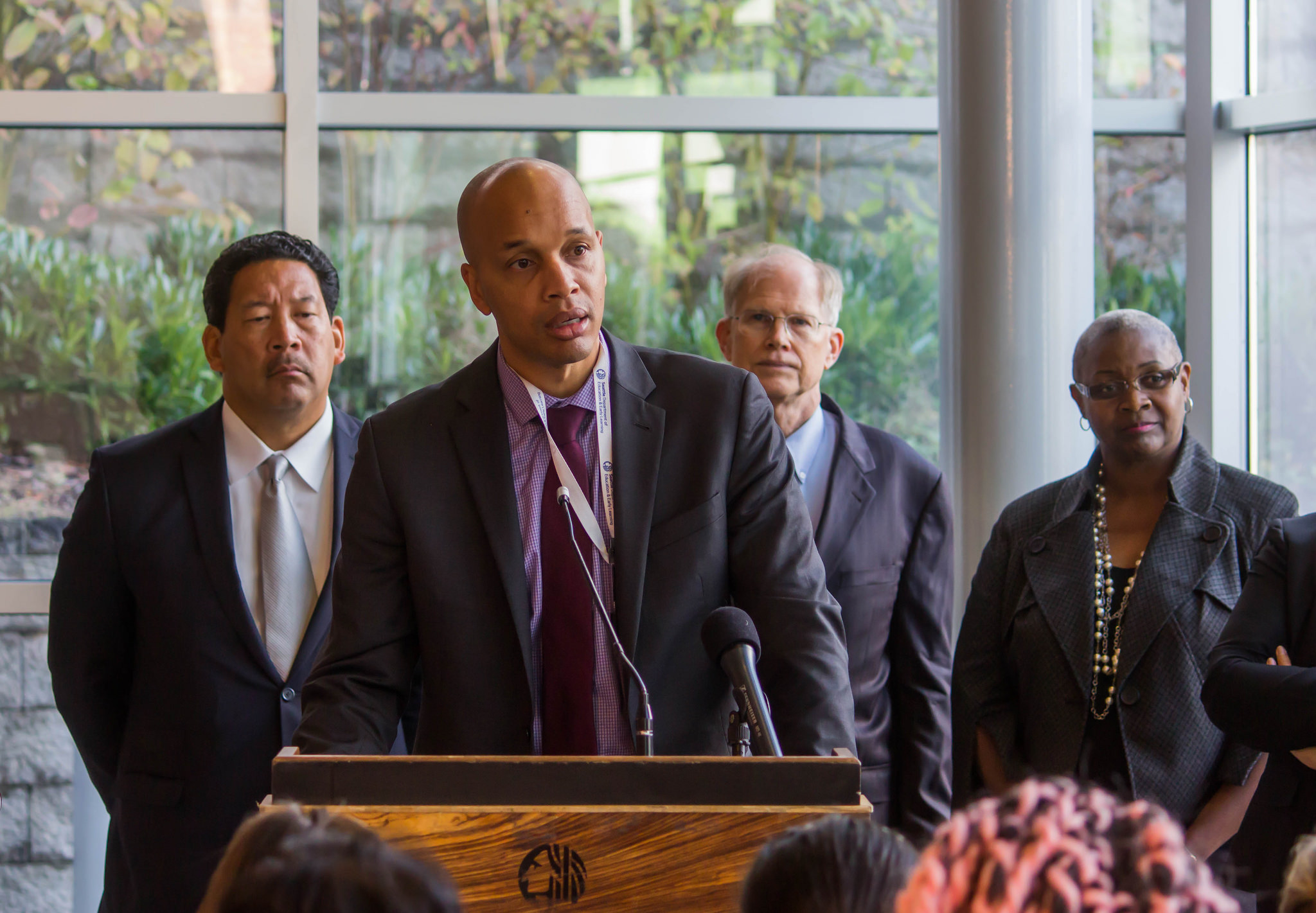 Prior to Seattle Mayor Jenny Durkan’s campaign promise to provide Seattle Public School graduates with two years of free college tuition, the 13th Year Program only guaranteed one year of tuition.  That left either the students themselves or their parents to foot the bill for the remaining years.

At an event held at Garfield High School on Monday, Durkan laid out her plan to build on the program by making an additional year of college free.

“This state has produced an enormous number of jobs,” Durkan said. “So we see this program working with all those other education programs that are in place, because we know Seattle will be a better city if we give our kids the opportunity.”

Durkan’s appearance at the event was brief, shaking hands and speaking for less than 10 minutes before she left for another commitment.

Chappelle went over the basics of Seattle Promise, the title of Durkan’s initiative. That, in 2018-2019, any child who was a part of the 13th Year Program — a program that paid for certain graduates to attend one year at specific colleges would also qualify for a 14th year, or 45 more credits at that college or university.

Under the previous program, students had to qualify for the scholarship and had to attend the closest community college.

Chappelle also said that in the 2019-2020 school year, the city of Seattle planned on opening up both the 13th and 14th Year Programs to all students at Seattle Public Schools, to various community colleges in the area.

One concern that a local parent raised was about location. Because the current 13th Year Program puts graduates in the nearest college, Cheryl Brown’s child would live at home, which is something she does not want to do.

Brown explained her child’s worry was that college would just become an extension of high school, and that under the current 13th Year Program, Brown’s child would have to attend South Seattle Community College.

She later found out that students would have to wait until 2019-2020 to be able to attend the school of their choice instead of their closest community college.

“I thought it was good,” Brown said of the meeting. “It was good information. It was good to see that they would expand to other schools, and not be stuck on the one path, which is what my child has an objection to.”

Brown is excited that city leadership is addressing that grievance.

“It won’t benefit my daughter, she’ll be at South Seattle if she wants to pursue this, but it will be good for other people,” Brown said.

Another member of the audience was former Seattle Central College student Dee Benson who works for Therapeutic Health Services and is involved in the social work program at the University of Washington now.

“I just wanted to know about the GPA requirement,” Benson said. “What about low achieving students? And if they barely made it, but they completed high school, are they, in fact, ready for what college requires you to do?”

As someone who works with students in her free time, Benson asked a lot of questions of the panel, including if there was a GPA barrier, and if not, what happens if a student were to drop out.

There is no GPA requirement, as long as the student graduates, according to the panel, but if a student were to decide to drop out of college their spot would not be held.

“It still poses a question,” Benson said. “If they barely made it out of high school, how prepared are they for the college world? How are they going to support them through it?”

Benson was especially afraid for the students who aren’t prepared for what college life brings, which includes a lot of individual work with not a lot of help.

“Who rallies around them once they hit the campus?” Benson said. “Yeah, they make it to the school, but keeping them around as well. How will they achieve that?”

But overall, Lange and the rest of the panel thought the event was a success.

“We wanted to generate more excitement,” Lange said. “To let people know that this is something that the mayor is committed to. The whole idea was to inform people, get feedback, but also to continue to send the message that the city, Seattle public schools, and the Seattle colleges are all committed to making this happen.”