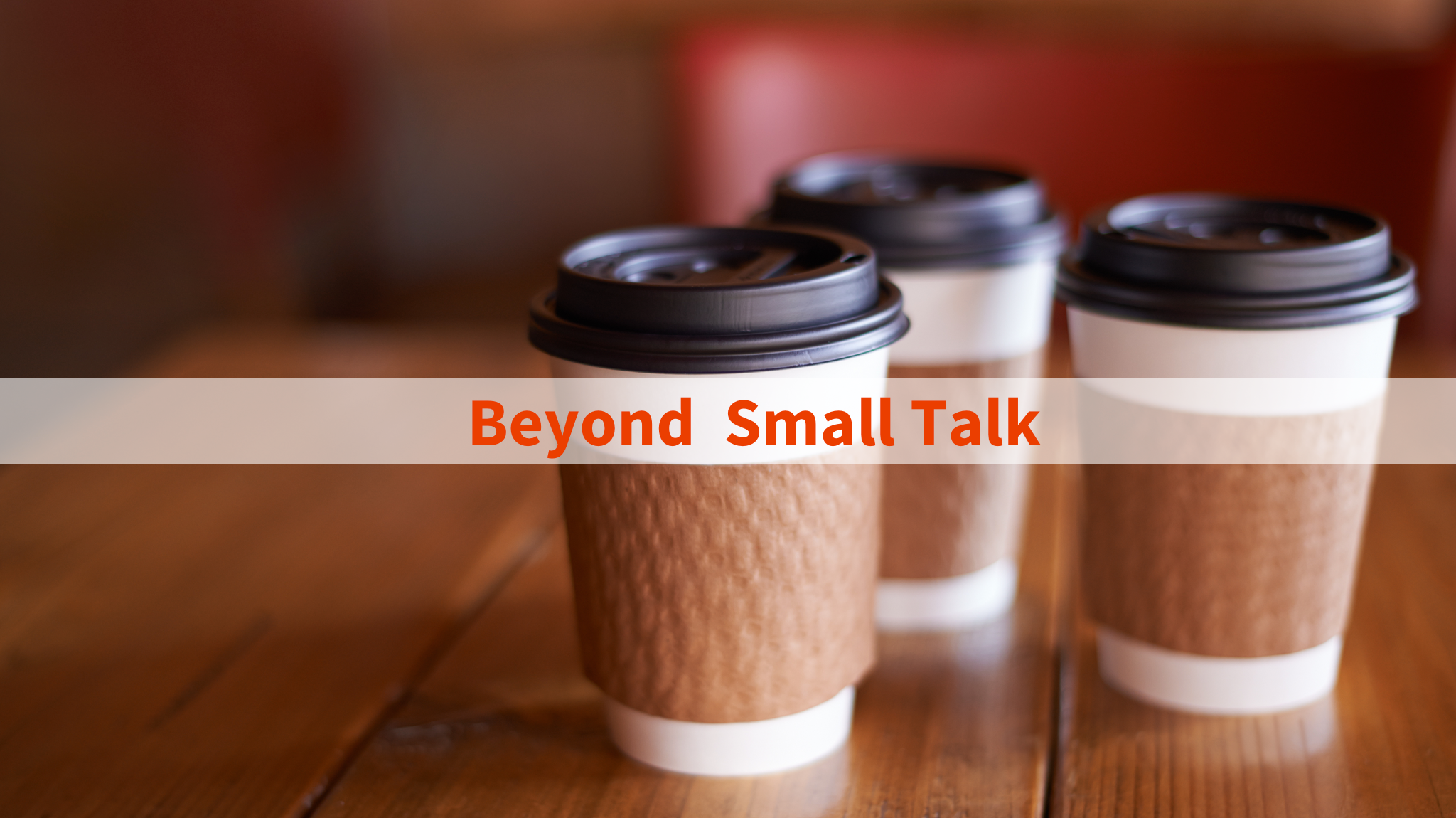 I like order. I am a slave to my calendar. I create to-do lists daily. I don’t typically like surprises in the course of my day.

So it’s particularly strange that I delight in discovering when I am wrong about a previously held assumption. I won’t lie – I do feel an initial pang of embarrassment but it’s quickly followed by a moment of delight that I am still capable of surprising myself.

This month’s “Beyond Small Talk” focuses on this question: Talk about a time you had a deeply held assumption that was overturned and how it changed your worldview.

Of all the questions I’ve ever used in a trust-building exercise for Ion Collaborators, Washington Technology Industry Association’s civic collaboration program, this one had the most potential for an individual to share a deeply personal story. To model the kind of vulnerability I was seeking, I used myself as an example.  Usually, I try not to open a meeting by inserting myself into the discussion because I want the team members to focus on bonding with each other. But I realized it was important to set the right tone from the start.

I always test questions out on myself first. The story I wanted to tell came to me within minutes. Knowing how deeply personal the story was to me gave me pause and had me questioning whether I could say it aloud. I decided that I couldn’t ask others to do what I wasn’t willing to do myself.

I began, “Fifteen years ago, I was diagnosed with Human Papillomavirus (HPV). Back then, it was considered a sexually transmitted disease (STD). I was devastated because I never thought I was someone who could get an STD. I assumed those with STDs were careless, reckless or dirty. I was depressed for over six months.

My diagnosis changed my entire worldview. Only then did I understand that no one deserves to get sick. Sometimes the healthiest people are the ones who get the heart attacks. My experience changed the way I thought about health and access to healthcare. Nowadays, HPV is considered just an infection that many people get, but it wasn’t back then.”

The phone line went silent after I finished. One person finally said, “You can’t see how my mouth is dropped open.”

The first time I ever posed this question, three out of the six people on the team said, “I don’t know how to answer.” So, I told those three people they could share after hearing the stories of those who already knew what they wanted to share. My story opened the floodgates.

One person shared, “I didn’t really know much about those who experienced depression. Then I started dating someone who was super successful. I was surprised when I found out he was taking medication for his depression. And I realized that my own lack of happiness was because of my own depression.”

Others recounted old memories. “I remember the riots in L.A. after Rodney King was beaten and all the stores that were smashed and robbed. At first, I blamed the looters. How could they cause so much destruction?” said one person. “And then I began to understand their anger. I gained more of a political consciousness. That’s when I really became an activist.”

One of my favorite stories came from a refugee from Ethiopia who shared, “When I came to the US as a child, I saw images in the media that portrayed black people in a bad light. This included negative messages about Africa, which gave me feelings of shame. I felt so bad about myself that I reacted by acting out. It was only when I went to a youth development program where they taught us the real history of the world, Africa, and the U.S. that things began to change. I met a  mentor who showed us how everyone comes from Africa. This is when I began to feel a sense of pride and started becoming a proud African man.”

My assumption was only overturned when I was confronted with a different truth that challenged the validity of the original truth. How could I be a good person if I had HPV? How could someone be successful if he suffers from depression? How can people who care about their own community contribute to its destruction?

My lived experience shattered the judgment I had previously held of others. I had believed that good people deserved good health and bad people deserved poor health. That was until I — “a good person”  —  got sick. The only way I could reconcile different truths was to let go of the one that had originally upheld my own worldview. Behind the stories of broken assumptions, we find that the assumptions we hold about ourselves are in part defined by assumptions we hold about others.

These are the questions that emerge behind and beyond my original question: How are our assumptions formed? Did we learn them from our family? From our teachers, school friends or television? Do we hold onto these assumptions because we don’t know anything else? Or is it because we’re afraid to explore what else is out in the world that is new and different from what we know?

And when one assumption is proven wrong, what happens to our other related assumptions? What if we could change our perspective so that an overturned assumption is no longer about “being wrong,” but about leaving ourselves open to previously inconceivable truths?

So, reader, answer this question for yourself, “What long-held assumption was overturned in your life? How did it change the way you viewed the world?”

Warning–this is a difficult question to ask out of the blue. When you bring it up with your friends, try to share it with them ahead of time so they can think about it. If they are like me, it will take less time to think about a story to share than it will to weigh whether to say it aloud. You should also be prepared to share something deeply personal, too.

Special note: We’re still recruiting for the next cohort of Ion Collaborators, which will start on March 14. We are looking to fill some spots reserved for government employees. If you work for government, check out details here.

Julie Pham, Ph.D. runs _ion, a program of the Washington Technology Industry Association (WTIA) that recruits and leads volunteers from tech, government and community-based organizations to tackle our civic challenges. She grew up in Seattle, after immigrating to the United States as a refugee from Vietnam. She co-owns Northwest Vietnamese News with her family. She loves throwing dinner parties in her International District home.