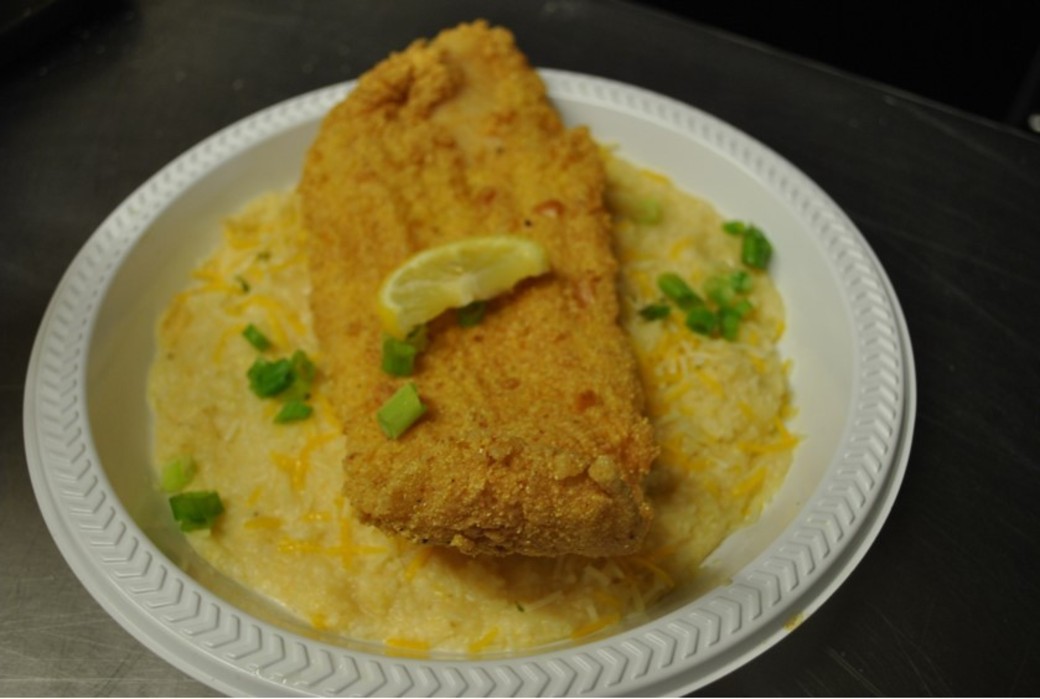 The opening of The Comfort Zone inside the Royal Esquire Club is a bit of a fresh start for owner Talya Miller. She’s had a few false starts in the restaurant business. She opened restaurants in Tacoma and Burien, and had to close both for various reasons. She thinks this may be the third chance she’s been looking for. The historic club that has seen ebbs and flows since its open in 1947 is going through a revival now. Miller’s southern-style cuisine seemed to be a good match.

The menu she serves is traditional soul food, with lots of deep fried items: chicken, catfish, and hush puppies are all good choices. She serves oxtails, pork chops, and shrimp and grits. Greens, yams, and mac and cheese are her most popular side dishes.

Miller felt like it was destiny for her life to play out in a restaurant.

“Everybody always told me that they love my food and encouraged me to open a restaurant,” she said.

It wasn’t always that simple. Miller also has had another big commitment in her life. She’s been a foster mother to many, and has taken in kids who have been kicked out of other places. It’s an honorable mission, no doubt, but one that takes a big-time commitment. She admits running a restaurant and running a foster home of sometimes troubled kids was overwhelming at points in her life.

Now, Miller is starting fresh and hoping to help the revival of the Royal Esquire club.

The restaurant has been operating in soft launch mode for several months now, testing the waters. Most of the business comes from food delivery services. Door Dash, Grubhub, Postmates, Seamless, and Uber Eats all transport food from Miller’s restaurant to soul-food lovers across the city.

There’s also happy hour at the club. The happy hour menu sells sample sizes of just about everything The Comfort Zone offers. Sometimes, there’s a special event during happy hour like a musical guest or themed party put on by the club’s members.

Miller is still deciding what the future of the restaurant will be. There are a few challenges in the cooking space that she’s looking to solve. There’s no dishwasher and the food is served on Styrofoam plates. Yes, Styrofoam still exists in Seattle. It’s hard to believe.

The cooking staff, for now, is Miller’s family. Her daughter, father, aunt, and others all chip in to take orders and cook the food.

“I want to hire a staff,” she said when thinking about future plans. For now, she’s holding steady and building a base.

The future could be bright for The Comfort Zone, but a few notes of caution are in order. On several visits here, I noticed an inconsistency with the quality of the food. Certain items were excellent on some days, but not on others. Also, the presentation is lacking.

*See earlier note about the Styrofoam. If you eat in here, patience is needed since speed can be an issue on crowded nights. It will be interesting to see whether this restaurant can really get into its comfort zone.

2 thoughts on “Southern Cuisine Restaurant Reaches for Its Comfort Zone”