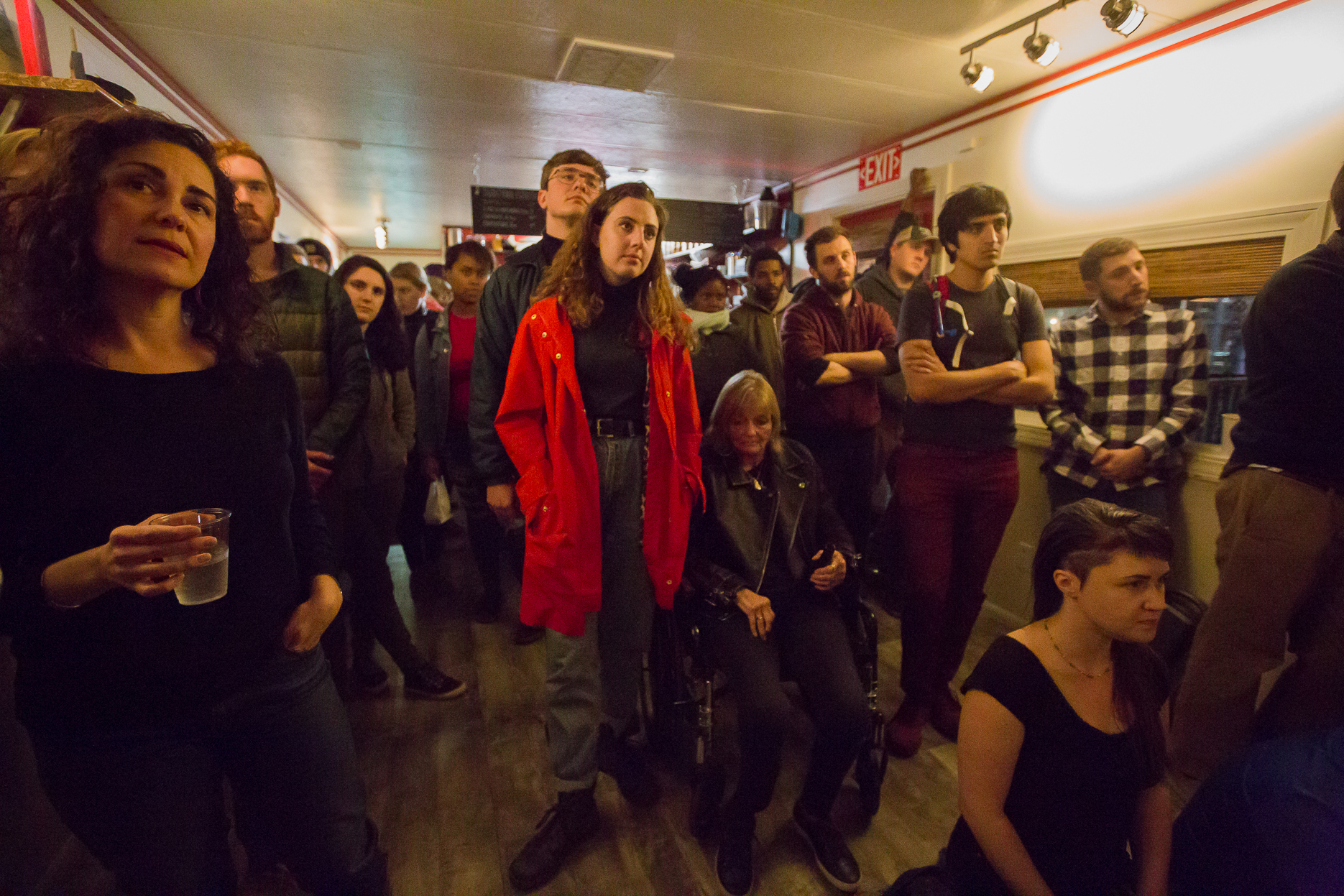 As he leaned against the railing of Cafe Red, Anthony Pardi talked about how, at just 29 years old, most of his adult life has been spent cycling in and out of homelessness.

Though Pardi currently has a home, the hip-hop artist and Washington state native was homeless just last year, due to a mental illness crisis in which his post-traumatic stress disorder and anxiety disorder kicked into high gear, leaving him unable to work. Pardi said that because he doesn’t have family in the area, he was left to live on the street.

“You’re a paycheck away – if you can’t make rent, it’s very quickly that it becomes a crisis,” Pardi said. “It went from ‘We owe rent,’ to ‘there’s the eviction notice,’ to ‘the sheriff’s here, you’ve gotta go.’ … And it’s really expensive to be broke. … How do you save the $3800 it [cost] for first, last, and a deposit, while still maintaining a home you’re being kicked out of, and also being unemployed?”

Pardi is one of many who experiences such transient housing situations in Seattle. According to a report by the U.S. Department of Housing and Urban Development, the city had an estimated 11,643 homeless individuals living in the city by the end of 2017.

Pardi said they are drawn by the stance the city has taken on homelessness, which he said seems progressive, but actually isn’t.

“Much of our policies – on paper, they seem good, and then, when you look at the communities, and where they affect people, the problem continues to get worse,” Pardi said. “It’s an epidemic. People literally die, freezing to death on the park bench, and then nobody talks about it, because … it’s not something people want to discuss over coffee or tea.”

That’s where the Housing For All Coalition of Seattle and the Progressive Revenue Taskforce (PRFT) come in. The coalition was founded in 2017. Its goals are straightforward: to advance the idea that housing is a basic human right, and provide permanent housing for everyone. Coalition member and organizer Sean Smith organized the group’s Friday, March 16 evening event at Cafe Red in Seattle, in order to connect with and inform the community about the PRFT’s recent work through short speeches and musical performances.

The Progressive Revenue Taskforce was convened by the Seattle City Council, in order to address the unmitigated homelessness issue in the city. On March 1, the taskforce submitted its recommendations to the council, in which it proposed a progressive Employee Hours Tax (EHT) on the area’s wealthiest corporations, such as Amazon – the latter of which, PRFT member and Cafe Red co-owner Jesiah Wurtz noted at Friday’s event, paid “not a penny” in federal taxes in 2017, despite turning a profit of $5.6 billion.

The tax would go towards raising $150 million per year, according to the taskforce’s final report. As submitted, the EHT would not tax businesses that make less than $500,000 per year, while businesses making up to $5 million per year would pay a flat tax of $395 each year. Businesses making more than $5 million might pay between $200 and $400 per employee, but Wurtz told event attendees that has yet to be determined by Seattle City Council. The EHT would only generate an estimated $75 million per year, though, so the taskforce also recommended the city “aggressively” study other progressive tax recommendations in the report, such as a Local Estate Tax, taxes on “exceptionally high” compensation for CEOs, and a Housing Growth Fund.

While the yearly $150 million would not decisively close the housing gap, the report stated, it would at least keep people safe, and prevent them from dying of exposure – the fate of more than 90 homeless individuals by the end of 2017, Smith said.

“Last year was probably the most tragic year we’ve had. On Nov. 2, it was bad enough that we read out 68 names at the die-in,” Smith said, referring to the event staged at City Hall last year to represent the number of homeless who died that year from exposure. “By Dec. 31, it was 93. … There is a serious opiate addiction in the city, and nationwide, but that’s not the driving force. The driving force is that housing is unaffordable to many people.”

Smith himself has been homeless since 2014, after a back injury sustained 2000 made it impossible for him to work. He was a cook, he said, and loved it – “everything from Mediterranean to Asian fusion.”

These days, Smith is what he and others call “a Nickelodeon,” or someone who lives in the self-managed homeless encampment known as Nickelsville Othello Village. Though he has not been homeless for most of his life, he has been a homeless advocate for 27 years. In that time, Smith said, he has seen that the most pressing issue facing the homeless population is just that: the lack of a home. He thinks society puts too much emphasis on the rate of mental illness amongst homeless people, which stands at around 20 to 25 percent of the nation’s total homeless population, according to a 2009 report by the Substance Abuse and Mental Health Services Administration. Focusing on that section of the population derails the larger conversation, he said.

“The vast majority of those people don’t need a wraparound service. They just need a place to stay. There are two things that people should remember: without shelter, people die. Without housing, people fail to live,” Smith said.

2 thoughts on “House Party Wants Housing For All”