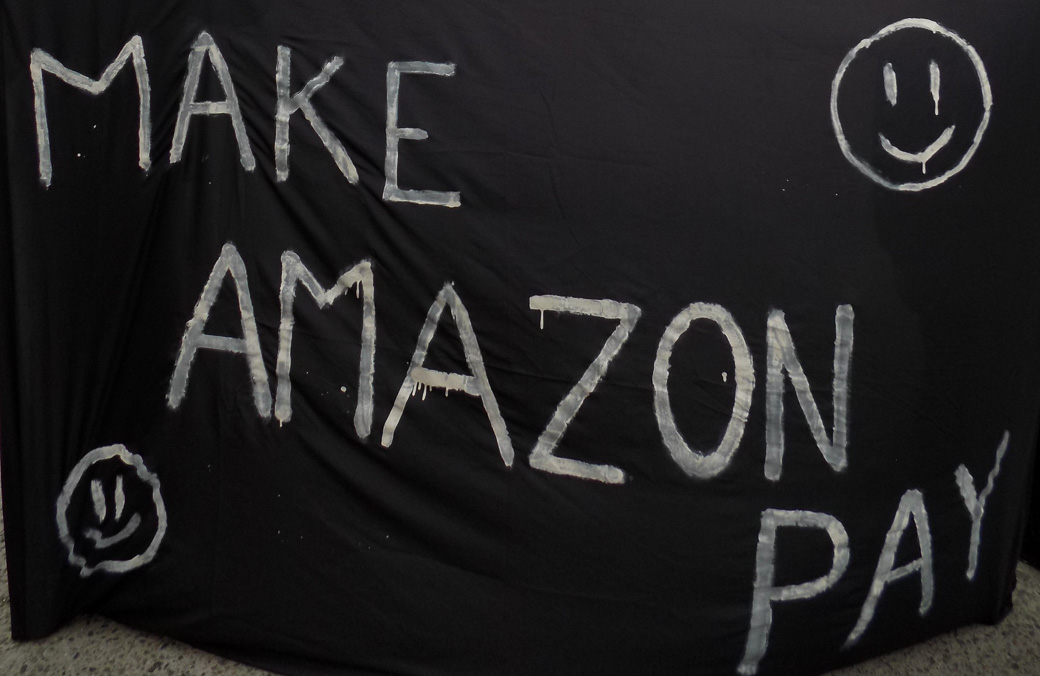 How do you threaten the business operation of the richest man in the world in his own backyard? With a mask.

On Saint Patrick’s Day, protestors gathered outside the Amazon Distribution Center in Georgetown. Their target wasn’t passing motorists on Marginal Way, but delivery drivers who work as independent contractors for the retail giant.

The masked protesters held banners reading “Make Amazon Pay” and “Never Trust Management” and handed out fliers to drivers who stopped on their way into the Amazon facility. The group’s aim was to speak with Amazon Flex workers who deliver packages for the retailer in their personal vehicles via an app-based management system in an effort to convince them to form a union.

Amazon considers the drivers independent contractors who sign up for delivery blocks which vary in hours, routes, and the number of packages. They then load the packages into their vehicles and deliver them to the home addresses of customers. The drivers are responsible for briefing Amazon warehouse workers on packages they are unable to deliver.

A protester who went by the Pseudonym Billy Travusi explained the action was “To raise general awareness among Amazon Flex drivers that they should unionize. Right now they are private contractors who have no benefits, no job security, their hours fluctuate wildly, they’re beholden to Amazon to send them jobs and if there’s no jobs, they sit in their car all day. The only way to really reach them, because they’re so alienated, is to be right here and communicate with them directly through fliers and talking to them through banners.” 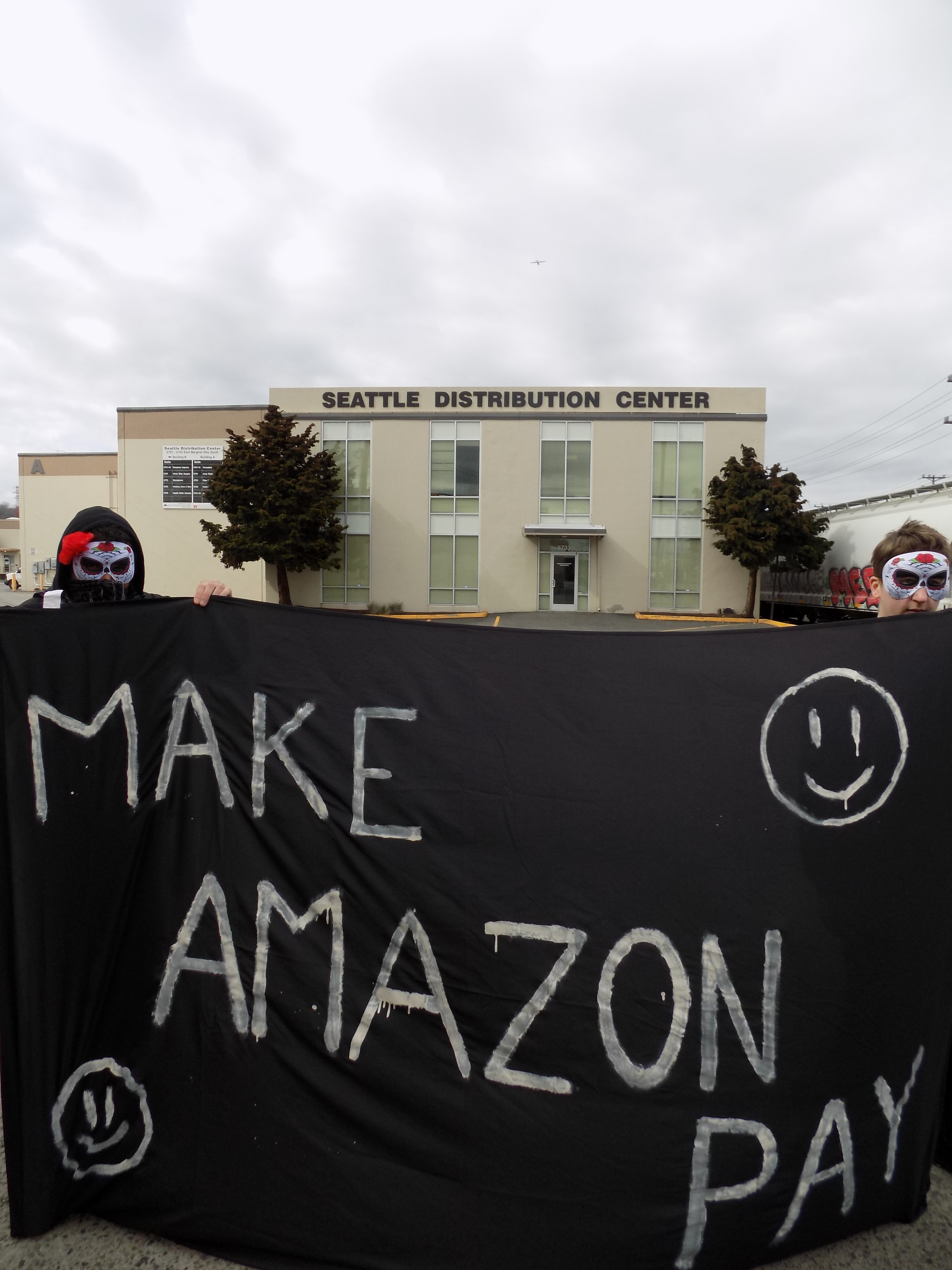 Amazon has come under fire for the status of workers it uses to deliver packages before. Drivers in Seattle employed by the contractor Jungle Trux to deliver for Amazon filed a lawsuit against both their employer and Amazon last year for work blocks without rest or meal breaks. Amazon delivery drivers have also previously filed legal action against the company in California, Arizona, and Illinois. The opposition has focused on the status of delivery drivers as workers for the company who are denied basic amenities like health care, mileage compensation, meal breaks, and worker’s compensation in the event of an on-the-job injury.

Last year Amazon issued a statement in response to the lawsuit in Seattle saying, “With Amazon Flex, anyone can earn up to $25 per hour by delivering packages when and where they want. We launched the program last year and feedback from Flex drivers has been very positive—they really enjoy being their own boss.”

Estimates from last year figure Amazon accounts for 43% of all online retail activity in America. The giant online retailer has also expanded into television, groceries, publishing, and has made forays into selling over-the-counter drugs.

A section on Amazon Flex’s website states, “Amazon Flex provides a flexible opportunity for Delivery Partners looking to turn free time into supplemental or part-time income. The available delivery blocks may fluctuate week to week and are not guaranteed.”

As passing cars honked in support of the protest, Travusi explained, “I just wish Seattle knew their convenience is built on the exploitation of a lot of workers who have no security. I wish they would think of the price of their convenience.”