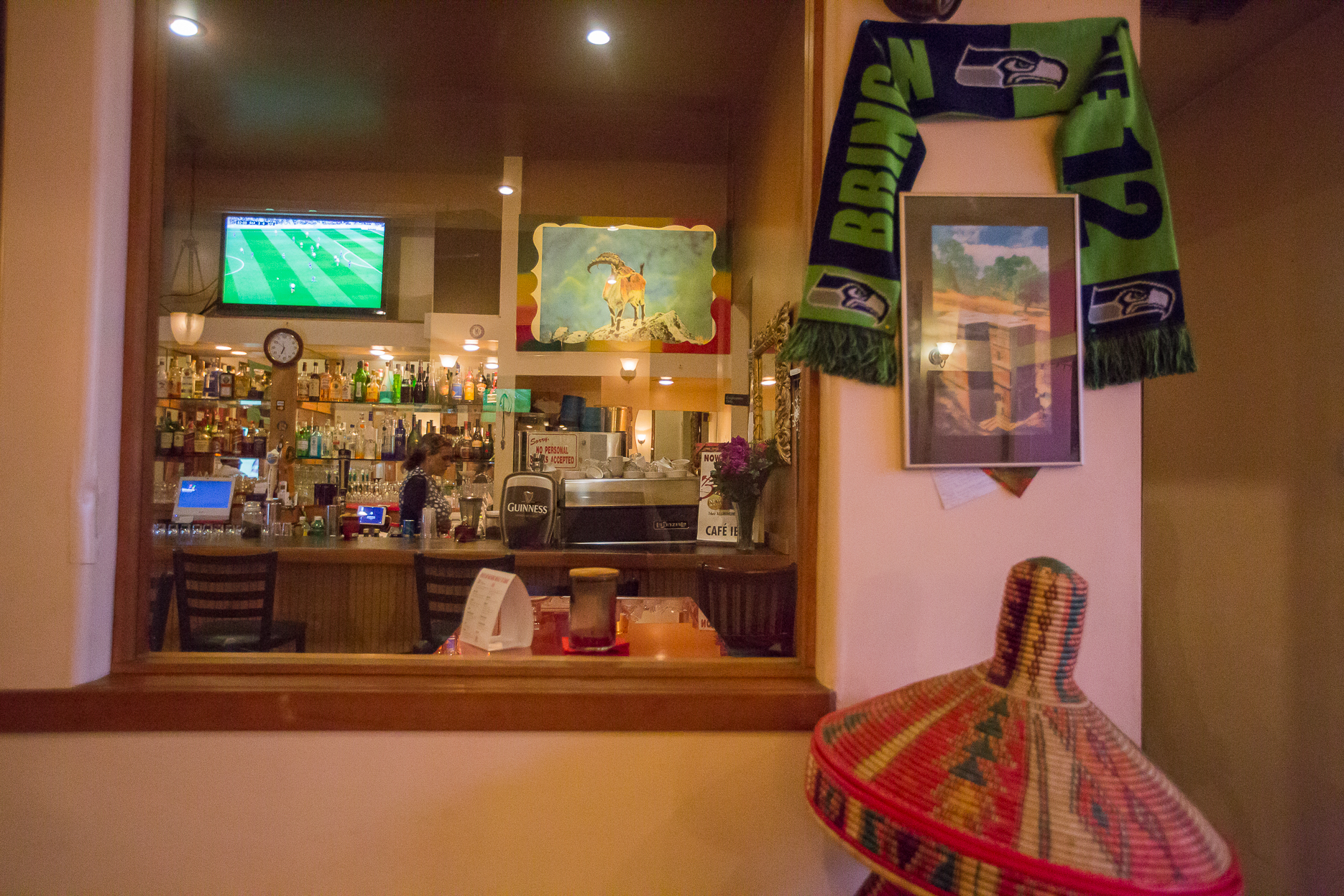 For most of the year, Sarah Valenta said Seattle-area diners tend to forget the restaurants south of I-90. But during the two-week Plate of Nations, that changes.

“We’ve brought thousands of new customers to the area. We average about $10,000 brought into the Rainier Valley through Plate of Nations, just in those two weeks that wouldn’t normally be circulating back into our businesses,” Valenta said. “And then there’s … the effect of new eyes in the neighborhood, seeing everything we have to offer, not just food.”

Plate of Nations (PON) is an annual event designed by the MLK Business Association to promote the diverse food offerings in the MLK area of Seattle, Washington. Valenta, as the Community and Business Development Manager at Homesight, a community development organization that works with the MLK Business Association, has overseen the event for the last several years. She took over for its founder, Asari Mohamath, a Cham Muslim refugee from Vietnam who used to own Salima Restaurant, before its closure in 2009.

Valenta said the now eight-year-old event began because the association wanted to promote the community’s gastronomical assets, during a time when restaurant foot traffic tends to be on the slower side, and “connect the community to businesses, and not just make it a financial promotion, but make it a community building event.”

“That’s why the meals are shared meals,” Valenta said. “In Restaurant Week, the meals are just for a single person, but our menus are created especially … to feed two or more people.”

Each year, PON has a “twist,” Valenta said, to keep it fresh and new. Given the divisive political and social atmosphere of the country, Valenta said the association decided that this year’s focus should be on inclusiveness, with the tagline, “Many Plates, One Nation.” In that vein, this year, Valenta said PON has expanded its physical borders to include businesses in North Beacon Hill, Mount Baker, and Hillman City.

Though only a handful of restaurants from these areas have chosen to participate, Valenta hopes the trend will catch on for future years, even if it’s only for the revenue PON tends to bring to the area. Depending on a few factors, such as location and kind of food served, Valenta said restaurants have told the association their sales had increased between five and 30 percent, following PON.

While he admits he likes the advertising and the new customers that come from PON, Bananas Grill owner Farah Ismail said participating in the event is important to him on a personal level.

“Plate of Nations – one nation – We are bringing the whole nation together. That is what is really powerful, and that is why I really like it,” Ismail said.

Bananas Grill is a Mediterranean halal restaurant that opened in 2011, and Ismail has been a veteran of PON since 2012. During PON, Ismail said he gets to meet far more new people than he would normally, and learn about other cultures.

“Every year, I meet a lot of different people – different faiths, different cultures, talk to each other … share each other’s differences,” Ismail said. “We find out ways we can promote each other, and be integrated into different … demographics.”

The area wasn’t always so attractive to those who didn’t live there, though, said Al Les, owner of Olympic Express. People used to be “scared” to come to the Rainier Valley area, he said.

Les and his brother have been involved with PON since its inception, and have run the restaurant since 2000, after inheriting it from their parents. Olympic Express was originally opened in a different location in 1986 under the name Eggroll Express, but in 1990, Les’ parents switched locations and changed its name.

The reluctance to visit the area has dissipated, though, especially in the wake of rapid gentrification, Les said. While this has worked out for Olympic Express, probably because it’s one of the only places to offer halal Asian food, he said he’s seen other businesses come and go, shuttering their doors, due to burgeoning costs. He also acknowledged some of Olympic Express’ veteran customers have been forced to leave the area because it’s become unaffordable.