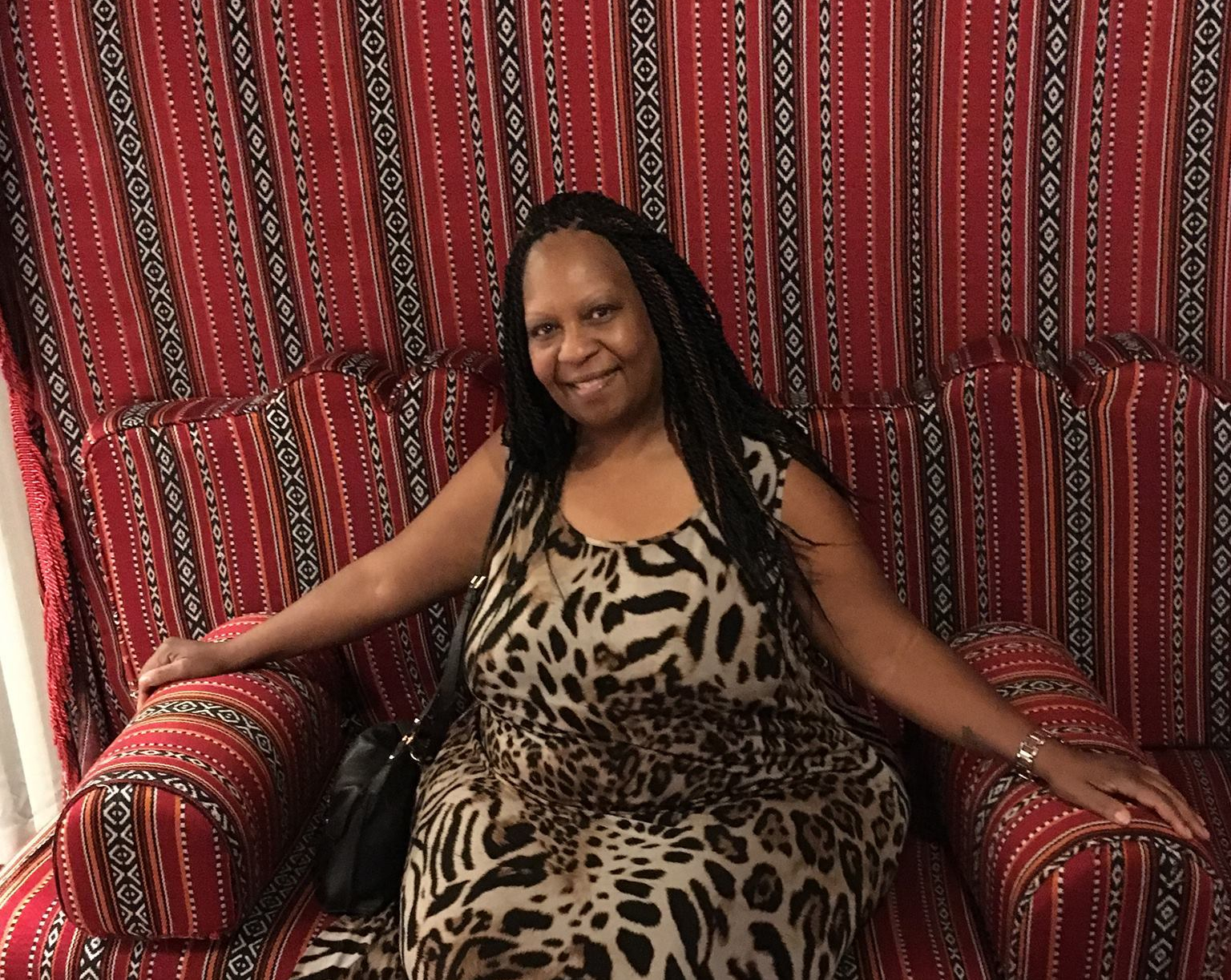 22 years ago, Bridgette Hempstead had a visit to the doctor that changed her life. What started out as a routine checkup turned into an argument.

The doctor suggested that with no history of cancer in her family that Hempstead didn’t need the test and should come back in 10 years. Hempstead insisted and was given a mammogram. She was diagnosed with breast cancer on her 35th birthday. Her doctor broke the news and apologized for being dismissive stating she had been taught in medical school that breast cancer was not a disease that impacted African Americans.

Hempstead described the late 90s as a time when the only visual representation associated with breast cancer was white women with pink ribbons. There was a disconnect. What about people of color or black women celebrating life after breast cancer or diagnosis?

“The numbers or the education was not there for black women,” explained Hempstead. “That’s how I started the Cierra Sisters because there was a huge need and I was in the education system back then so my education skills changed from educating children to educating the women in our community about breast cancer and about surviving the disease and educating yourself so that you can be properly diagnosed and get a proper treatment.”

Cierra means knowledge. For the past 22 years Hempstead has dedicated her time and talent towards building the Cierra Sisters into a community of support, education, and advocacy with the hope that in providing better access to knowledge and support, black women could find a pathway forward into better health.

The Cierra Sisters host community meetings on the fourth Thursdays of the month from 6:15-8:15pm at Rainier Beach Community Center.  The meetings often feature speakers in different medical professions, but are also an opportunity for survivor to survivor support and information sharing about how to navigate the healthcare system.

“Those meetings are really important. Very informational, very bonding because you’ve got women that can see other women that are going through similar things that look just like them,” said Hempstead. “When you leave that meeting you’re leaving empowered, encouraged and ready to deal with whatever you have to deal with when it comes to having cancer. “

These meetings are not only for women. Everyone is welcome, whether they are a survivor or the friend or family member of a survivor or simply want to educate themselves.

In addition to hosting a monthly support group for survivors, the Cierra Sisters host conferences, put on a Wellness festival in the summer, and even go door to door to make sure people in our community are getting the education they need to advocate for themselves.

“I made sure that our community would know what to do based off of my own experience and it’s a very personal experiences dealing with breast cancer,” said Hempstead.

Hempstead, currently a resident of Rainier Beach, grew up in South Sacramento during the era of the black panthers. She married young and had three daughters before getting a divorce and moving to Seattle. In addition to her work with the Cierra Sisters she teaches in the Medical Administrative Assistant Program at Seattle Vocational Institute, is a consultant with Fred Hutch and serves on the board of the South Seattle Emerald. Several years ago she began working with renowned oncologist Dr. Julie Gralow to do breast health education in Uganda, Zambia, Rwanda, Tanzania, and soon Kenya.

“In those particular countries disparities are pretty horrifying so part of the educational piece that I do is to teach women about breast health and about their bodies and really looking at the positive in the face of such a horrifying disease that has killed so many women across the world,” said Hempstead.

After 18 years of being in remission, Hempstead was diagnosed with Metastatic cancer. She had just returned from Uganda and was having some problems breathing so she went to urgent care.  Her initial scans warranted further follow up, but when she tried to schedule a second appointment she was once again met with resistance. Her case had been passed onto a second physician.

After her previous experience, Hempstead did not take no for an answer. She advocated for herself. “Well, the nurse who is on the other end of the line says well I don’t see anything and then she got very quiet and then she gasps. She says oh my goodness, the first orders were erased, but you can’t totally erase the records. So then she went ahead and followed up so that I could go get a biopsy.”

Cancer is scary, but even more terrifying is the realization of how life-threatening racial bias can be when it comes to accessing healthcare as a black woman. A study by the American Cancer Society reports that black women are 39 percent more likely to die from cancer than white women, not because (as some have suggested) black women are attacked with more aggressive forms of cancer, but because their medical concerns are dismissed which leads to later diagnosis.

“I think the most disturbing thing about that for me is how many other people does this happen to?” asks Hempstead. “You need to find out what’s going on with you and the earlier the better because of the incredible treatments that are available out there and individuals that find themselves faced with something life threatening, I think its important to try to live a normal life and not allow the health care system that may not have respect for you dictate how you should plan your life.”

Upon receiving her most recent diagnosis, Hempstead was told she only had one year left to live. “And I jumped off the table with my daughter in the room and I told that doctor I don’t receive that in the name of Jesus and my daughter said let’s go.”

They booked tickets to Jamaica and went parasailing. When she came back, armed with the knowledge of 18 years of advocacy work, Hempstead selected another doctor to work with who specialized in metastatic cancer and has been receiving excellent treatment.

Hempstead plans to continue loving herself and her community through her steadfast commitment to health. She is also contemplating going back to school in order to develop programs for other organizations.

“Nobody is going to get out here without leaving this earth, but it’s what you do while you’re here,” said Hempstead who has lived three and a half years longer than her doctor said she would. “It’s how you live your life and what kind of quality of life you have, what kind of human being can you be to another human being. I think that’s so important. Instead of contemplating or concentrating on death, how about concentrating on living your best life today.”