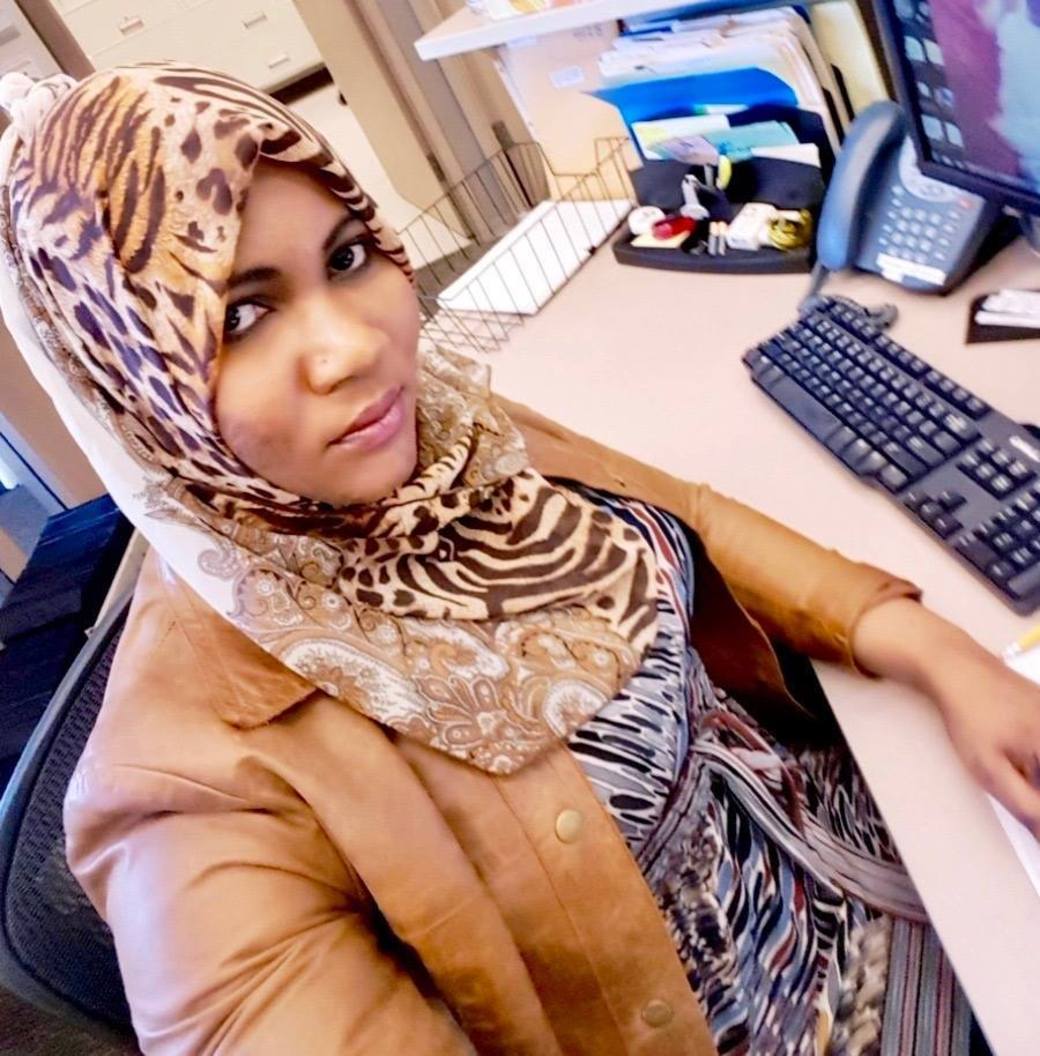 In honor of Women’s History Month, we will present essays throughout the month by local authors documenting, honoring and celebrating powerful women who inspire us in South Seattle and beyond.

There are some women that just glow, inside and out. Asma is one of those women. First of all, she is stunning – she stands at 5’9’’, and her presence and strength command attention. She is only 25 years old but carries herself with the wisdom and grace of a woman that has lived through the fire. And that she has.

Asma is from Zambia and was married off at age 15 to a much older man that held lots of political power. Before they married, he promised Asma she would be able to finish her education, but once they were married, he forbade her from returning to school. Over the next few years, Asma gave birth to three beautiful children. She lived under her husband’s constant scrutiny and control, but she never lost hope that one day she’d find a way to finish her education.

Her husband relocated the family to New York, where Asma was completely isolated from her friends and family as the abuse escalated. She spoke minimal English and had no support system in America. The family later moved to Seattle. At one point, her husband took the children from her and sent her back to Angola where the family had lived previously.

“I was crying every night, thinking I would die without my kids, but I knew I couldn’t give up. I had to be strong for them,” she says.

After months of court cases and conflict, Asma successfully received custody of her kids and gathered the strength to leave him. But, she had nowhere to go. Her kids were ages 3, 5, and 7 at the time, and over the next two years, the family stayed at over five homeless shelters. At one shelter, they had to leave at 6 am and take two buses to another facility to shower. Then, she had to transport her three young kids to daycare and school on public transit. Due to short shelter stays, the family had to uproot and move to another shelter with whatever possessions they could carry with them, with only uncertainty on their horizon.

“I was terrified, but I knew I had to put on a brave face for my kids and their questions. They’d ask “when are we getting a house, where are we going, where’s daddy?” I pretended moving around from shelter to shelter was a game, and tried to make it fun for my kids…I really tried to distract them…dancing, singing, trying to make them feel like everything was okay,” she shares.

Finally, the family was accepted into a one-year transitional housing program for domestic violence survivors. Asma was so used to moving around, it took her a few weeks to unpack and truly feel like she could exhale. She found a community of survivors at the shelter, and encouraged other women to return to school, attend domestic violence support groups, and work out with her for self-care. It’s easy for survivors to fall into depression, but Asma became a positive light, motivating other women as she healed.

“I never wanted to be stuck in depression, because whatever I feel, my kids will feel too. They will sense it. I was used to having someone control me, but now it was time for me to learn how to take care of myself and feel positive. Encouraging my friends at the shelter was just natural for me…we’re all in this depressing situation together, so I wanted to show them we can make it out together.”

One day, when she was offered toys for the kids at the shelter, she smiled and asked, “thank you, but do you have books for them instead?” It was clear education was the number one priority for Asma, and she was ready to lead by example.

Once she situated her kids in childcare, school, and after-school activities, obtained Protection Orders for her and her kids, and secured a lawyer to file for divorce, she headed straight to school.

Originally she was in a GED program at a local community college, but once the teacher saw how driven and smart she was, she suggested Asma obtain her high school diploma instead. Asma completed her high school diploma faster than anyone in the program’s history. While her kids were studying, she was right there with them, pouring over complicated English grammar and mathematics. She hadn’t been to school since she was 14, and at first, felt overwhelmed on campus. But, she quickly gained a reputation as she started work-study on campus and leaned on professors and staff members for support.

After she finished her high school diploma, she was awarded a scholarship to continue her education. She also advocated tooth and nail for her family, and secured permanent housing in one of the most competitive housing markets in the country.

“The process of getting permanent housing was insane – endless hoops and loops and obstacles to fight through. But giving up wasn’t an option – my kids need a roof on top of them to achieve their goals and growth.”

After years of numerous court dates, meetings with her lawyer, and filling out confusing court documents, Asma recently had her final parenting plan hearing. This is one of the most stressful court dates for domestic violence survivors as they are forced to be in the same room as their abuser after years of separation, but Asma was more than ready. She showed up in a red power suit, answered all the judge’s questions in perfect English, and watched her ex’s jaw drop as she navigated the court system and won the case – full custody, lifetime Protection Orders, mandatory domestic violence classes for her ex, and child support.

“When I left that courtroom, I felt more relieved than I ever had in my life. Even after I obtained permanent housing, I always feared he’d come back and take my kids again. But now, I finally feel that my kids are really mine, that they are safe…I just feel overwhelming joy.”

This is certainly a victory for any domestic violence survivor, but for Asma, this is just the beginning. Her goal is to be a nurse, and I have no doubt she will reach her dreams, academic and otherwise. Her unwavering strength, resilience, and perseverance are a true inspiration.