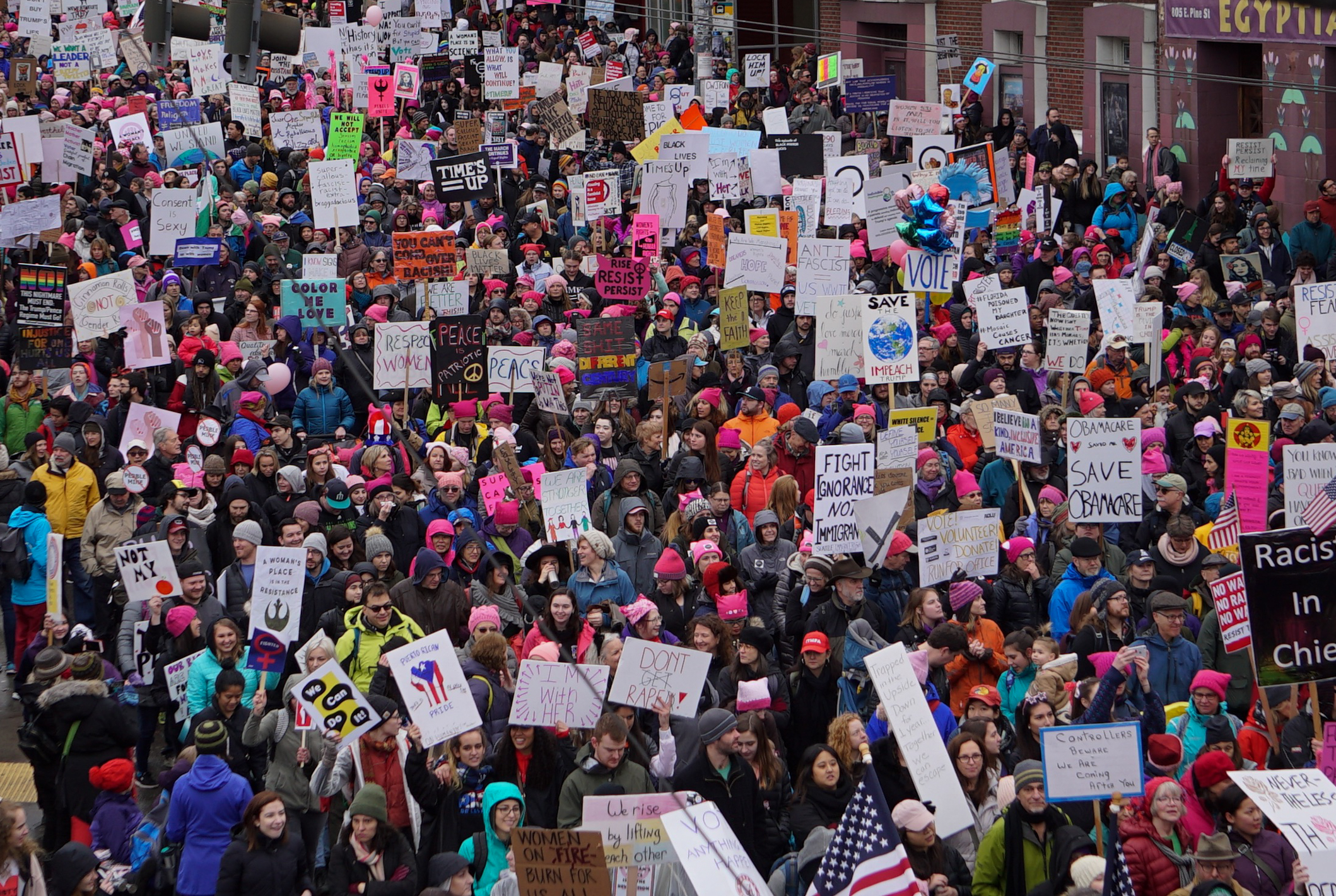 In honor of Women’s History Month, we will present essays throughout the month by local authors documenting, honoring and celebrating powerful women who inspire us in South Seattle and beyond.

Women’s leadership in challenging injustice was front and center at Radical Women’s celebration of International Women’s Day on Sunday, March 11. Moving and powerful speakers from different races and backgrounds, working on a range of issues, expressed how life challenges propelled them into the forefront. In that process, they are finding community, confidence, and allies.
Lively discussion before and after the formal program showed connections being made that will bring these women’s efforts closer to victories for low-income tenants, Native sovereignty, environmental safety, union protections, and targets of sexual harassment and discrimination.
Titled “Working Women Rise Up: Many Fronts, One Struggle,” the gathering was chaired by revolutionary feminist Gina Petry. She explained how International Women’s Day originated in a massive demonstration against workplace exploitation by female textile workers in New York City on March 8, 1908. Inspired by this and other uprisings by working-class heroines, socialist women in 1910 declared March 8 as a day to recognize women’s struggles. Petry read greetings from women of a Mexican party, the Partido Obrera Socialista (Socialist Workers Party), who wrote, “The message of resistance and struggle of the women of the world comes as a hopeful wave to us as Mexican women militants.”
Below are brief profiles of some of the amazing grassroots movers and shakers who spoke from the panel and from the audience.