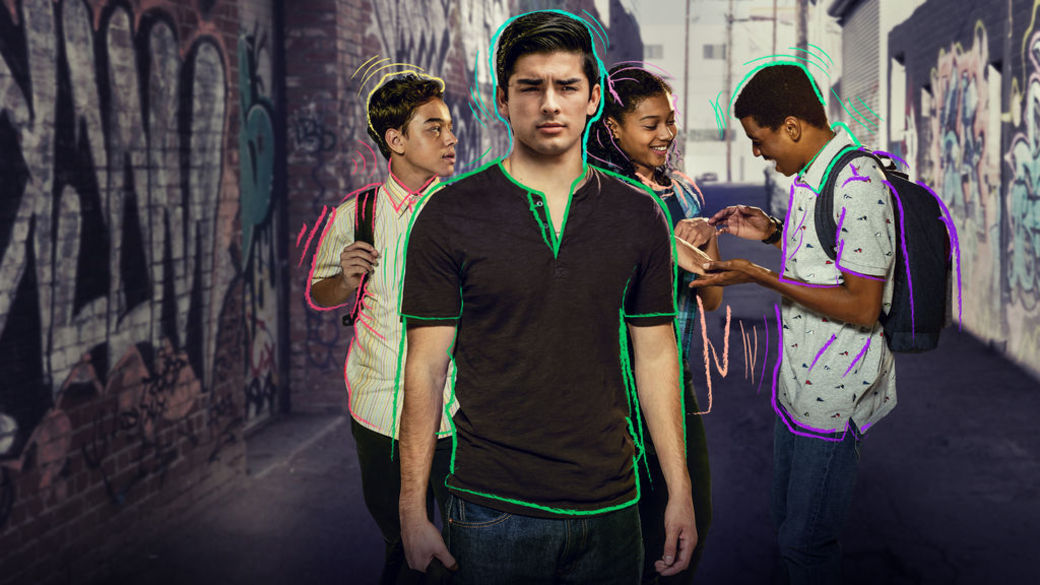 Episode One: In the first five minutes of the first episode of the Netflix Original Series coming-of-age dramedy On My Block, four friends—all incredibly smart, witty, and eloquent high school students of color—use their big brains in an unexpected way. They have been spying on an older kid’s party in a Los Angeles neighborhood when gunfire breaks out.

Through nighttime streets, they speed from the party’s danger. The strategies they use to traverse the neighborhood show us they have done this before.

As the gunfire continues, one friend yells to another, “That was a .38.”

Another gunshot rings out. The friends, having evaluated the gunfire’s song, are clear now. “.357,” they state in unison.

Episode Two: The four friends have finally begun high school. They ace the requirements for their AP Science and Literature courses. The writer among them wins awards. Meanwhile, they hide behind their vulnerabilities. They long for first kisses, muck around the corners of unrequited love, and lie about sex. They are insightful about other people but inconsistently honest with themselves. They are teenagers. In a community where disappointments impede dreams and reality bars the possibility of them coming true, they resolutely march toward the future.

On this night, they stand in a line outside the auditorium, awaiting entry to their first high school dance. The principal has warned them to be on their best behavior. No exposed booty cheeks. No twerking. No getting crunked. Or getting lit. Don’t think about it. But, the principal forgot to mention guns aren’t allowed at school dances. Gunshots scatter the line. “.44!” the students yell.

This is televised fiction. But, the struggle is real.

Real Life Episode: Named for a fifth-century Christian martyr, Valentine’s Day celebrates love. In its commercial form, people give cards and candy to those they love. More red roses are sold on Valentine’s Day than on any other day of the year. People dress in red. Hearts and flowers adorn bears and cupcakes.

Teenaged blood turned halls and classrooms red on February 14, 2018, in Parkland, Florida, a city recently proclaimed the safest in the nation. Armed with an AR-15, an angry student, previously expelled from the Marjory Stoneman Douglas School, entered with rage, poor impulse control, and an automatic weapon. He killed 17 members of the Stoneman Douglas community. In breaching the connective tissue of this body, the gunman turned a day built for love into one of extreme fear, devastation, and terrifying visions. Students, teachers, and coaches—their bodies defaced with bullets—died. These students, who should have been studying for exams, planning dances, swooning in the hormonal confusion of first or lost love, instead ran from bullets to save their lives. They emerged from the bloodbath like warriors, using their anger and PTSD to turn pain into action.

And, they did. This past Saturday, Stoneman Douglas got over 800 cities across the world, to participate in the March for Our Lives. These young leaders designed these student-led marches to ensure children are safe to learn, grow, dream, and discover themselves in school. These students are instinctively democratic and inclusive. They continue to fight to guarantee that, in our streets, schools, and homes, we are all are safe from gun violence. Impressively, the Parkland students reached beyond their previously safe and relatively privileged enclaves to include students like those depicted in the series On My Block who run from risk and are killed by guns daily. Kids who are brown and black. Poor and under-resourced. Kids who have learned to fear police and who use humor to cover fear. Kids whose bright minds and promise too often fade into red on poorly-lit corners or in their grandmother’s backyards.

These students are part of Generation Z. If exposure to people unlike you deepens human connection, today’s young students have learned that technology shrinks the dimensions of their village. Thankfully, the Stoneman Douglas students whose names and faces have become familiar attend a school dedicated to “maintaining a safe, secure, and engaging environment where students are encouraged to think critically and communicate and collaborate effectively.” These young people know their white privilege allows them to be heard more easily than the voices that have been screaming for change in the streets of Baltimore, Chicago, Detroit, and ignored cities elsewhere. They shout from the world’s largest podiums and remind us about gun safety across all social media platforms.

Mass shootings, especially those involving children, outrage and frighten us. Though 24-hour media depictions solidify public belief that these events are increasing, mass shootings are rare events. Rare or not, though, every single incident affects every single one of us. But, most of all, those caught in the midst of them.

Wherever they live and whatever they look like, children feel the impact of gun violence in a specific way. Gunfire and fear alter young brain chemistry. Exposure to major adversity during periods of major brain growth and development can permanently set the body’s stress response on high alert. Permanent brain changes and negative outcomes for learning, behavior, and health can only be ameliorated by stable and nurturing environments.

The students in On My Block nurture each other. The Parkland students meet every night to check in with each other and to plan the next steps in the movement they have sparked. Their engagement has broken stereotypes for student activism, gun control, and political impact. The rainbow colors of this new student movement are deeply centered in a morality of compassion. They are creative, articulate, and focused. Having been taught the dangers of bullying, they are standing down the gun lobby and right-wing pundits. They ignore adults who slander them on the internet. Importantly, the Parkland students have extended the tools for self-care and protection against toxic stress as tools essential to saving their lives, as necessary to their movement. David Hogg, a vocal Parkland leader, tweeted this week that he needed a hug. Strangers wrapped their virtual arms around him.

Every generation, hope enters our politics:

In 2018, courageous American students have stepped into an unimaginable world. Armed with confidence and courage, they are turning blood and fear into hope. Demanding change. Insisting that adults live up to the truths children have been taught. They are fighting for their lives.

Whether they are real or fictional, these children have learned that life is dangerous and unpredictable. That you can say hello to your friend in the morning and step over their dead body in the afternoon. That you have to be wary and alert. They have learned these lessons when what they most want to do is be kids who spend time studying for the next test, wondering how to fall in love, deciding what to wear, where to attend college, and when to keep secrets. They all know that in inner cities and suburbs, gun violence is baked in.

We need a new cake. Our kids are baking it.

Real Life Episode: Will this new wave of student activists force us to rethink the outlines of gun safety?

They are strategic and audacious enough.

Will they win?  We can only hope. 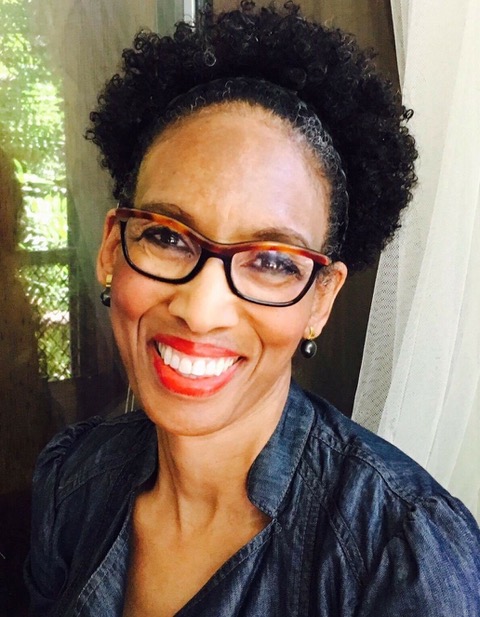 3 thoughts on “Hope at the End of a Gun”