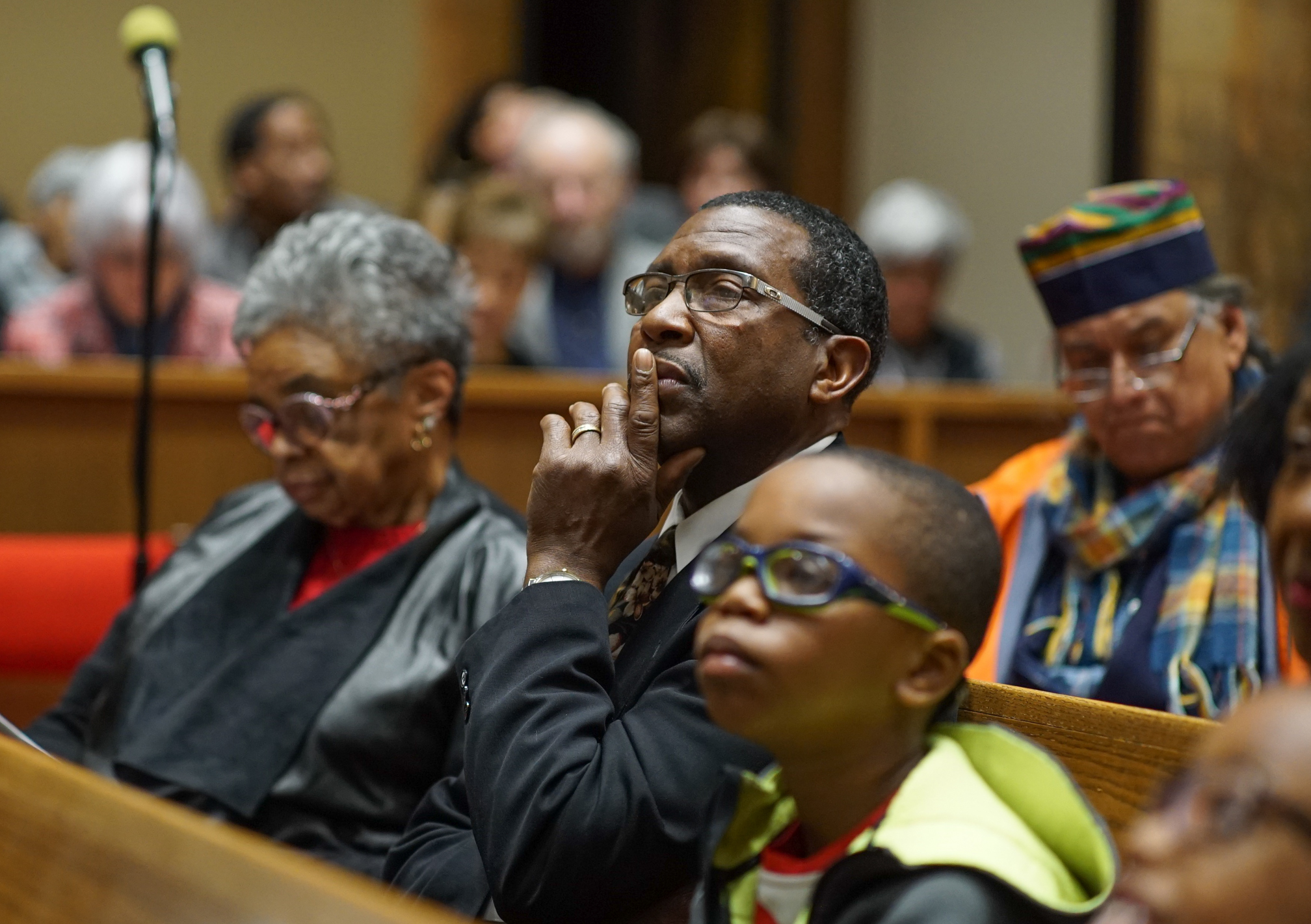 Hundreds of Seattleites from diverse races and backgrounds packed the pews of Mount Zion Baptist Church on Wednesday, April 4. All were in attendance to pay tribute to the life and legacy of the Reverend Martin Luther King Jr. on the 50th Anniversary of his assassination.

The ceremony featured speeches by a who’s who of Seattle’s civil rights history including Larry Gossett, Eddie Rye Jr., and State Representative Sharon Tomiko Santos. It also featured young, emerging leaders who are continuing the struggle like Garfield student Chandler Williams, Toshiko Hasegawa, and former congressional intern and spoken word artist Louie Tan Vital.   Williams, who recently attended the March for Our Lives in Washington D.C., said that the experience of his trip showed, “there had been a major connection between my generation and Dr. King’s generation.”  Like the March on Washington in 1963 the March for our Lives, “had no violence, this event had no rebellion.  This event had no separation of race or social class.”  Chandler ended his speech by saying that he will be eligible to vote in a year and a day and that everyone should “stay involved to vote, stay educated to vote.  Stay peaceful to vote.”

Robert Upham, who represented the Salish/ Dakota-Sioux tribe reminded the audience of how King had spoken about the existence of racism in the US from the moment colonists set foot on American soil.

“Our nation was born in genocide when it embraced the doctrine that the original American, the Indian, was an inferior race. Even before there were large numbers of Negroes on our shore, the scar of racial hatred had already disfigured colonial society. From the sixteenth century forward, blood flowed in battles over racial supremacy. We are perhaps the only nation which tried as a matter of national policy to wipe out its Indigenous population. Moreover, we elevated that tragic experience into a noble crusade. Indeed, even today we have not permitted ourselves to reject or feel remorse for this shameful episode -our literature; our films; our drama; our folklore all exalt it. Our children are still taught to respect the violence which reduced a red-skinned people of an earlier culture into a few fragmented groups herded into impoverished reservations.”

Other speakers included Kevin Allen, Sameth Mell, and Andre Taylor, who respectively spoke about the labor movement, immigrant rights, and social justice.As love and respect palpably filled the air for arguably America’s greatest civil rights leader, the night concluded with Pat Wright and the Total Experience Gospel Choir leading all the attendees in singing, “We Shall Overcome.” 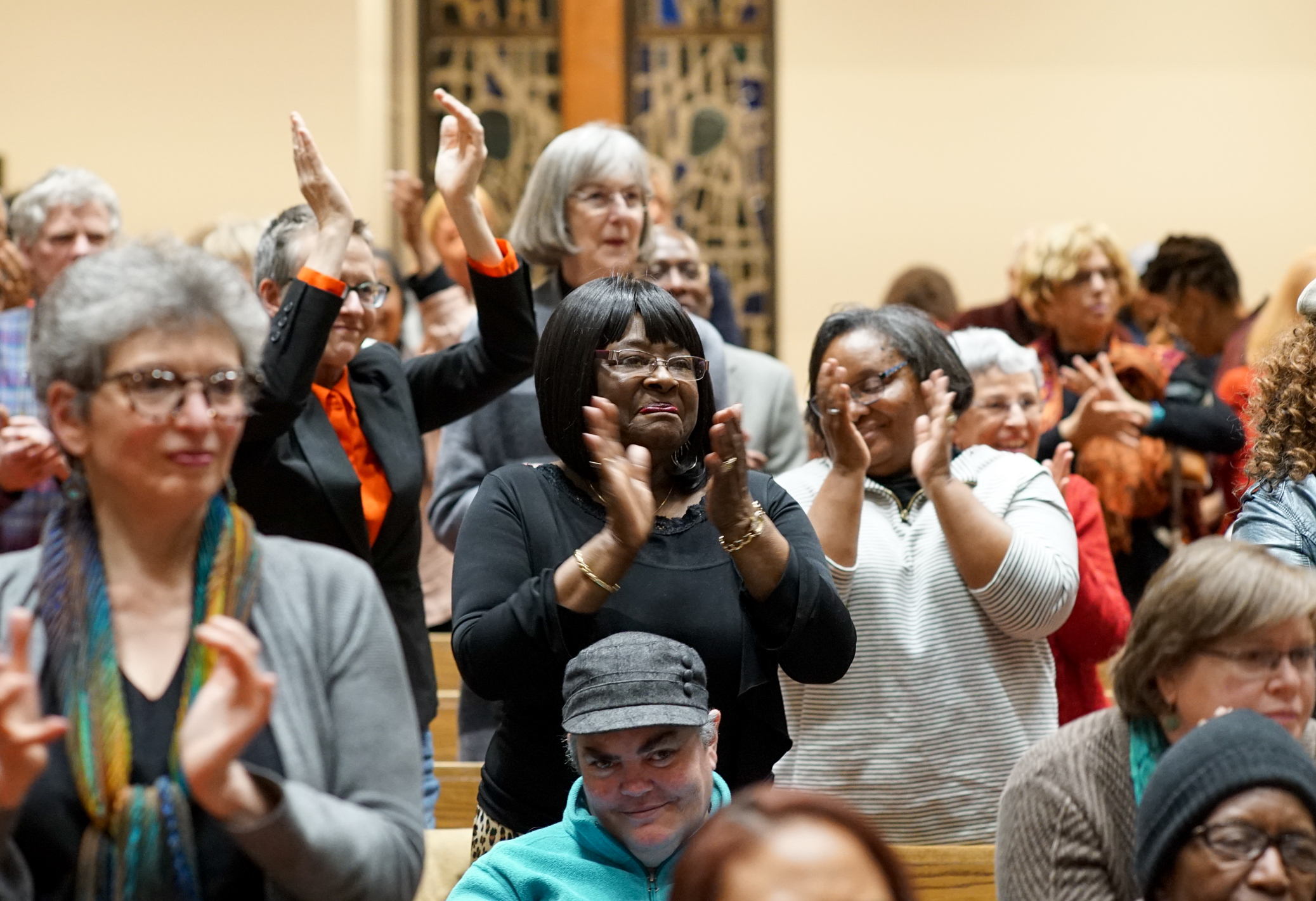 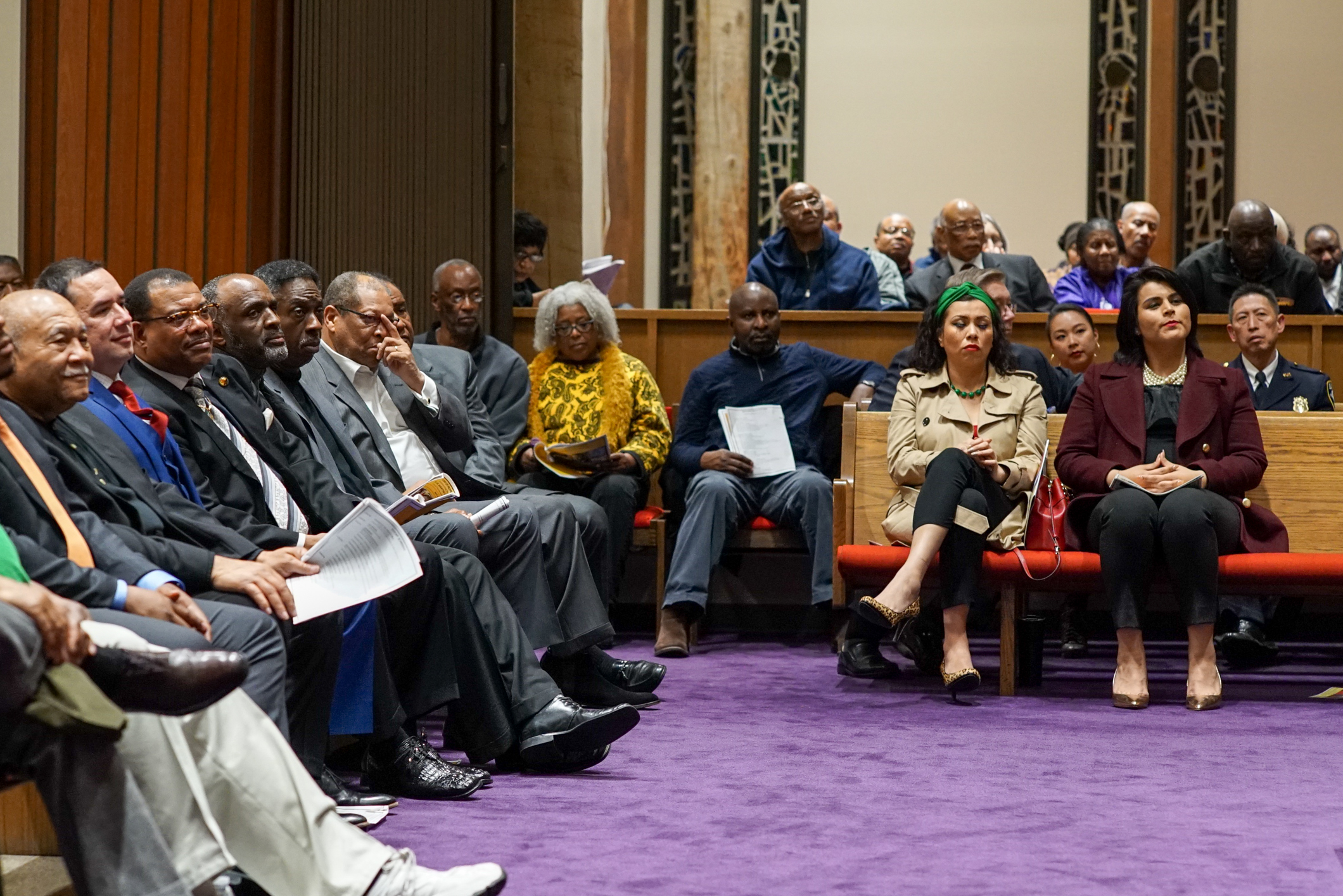 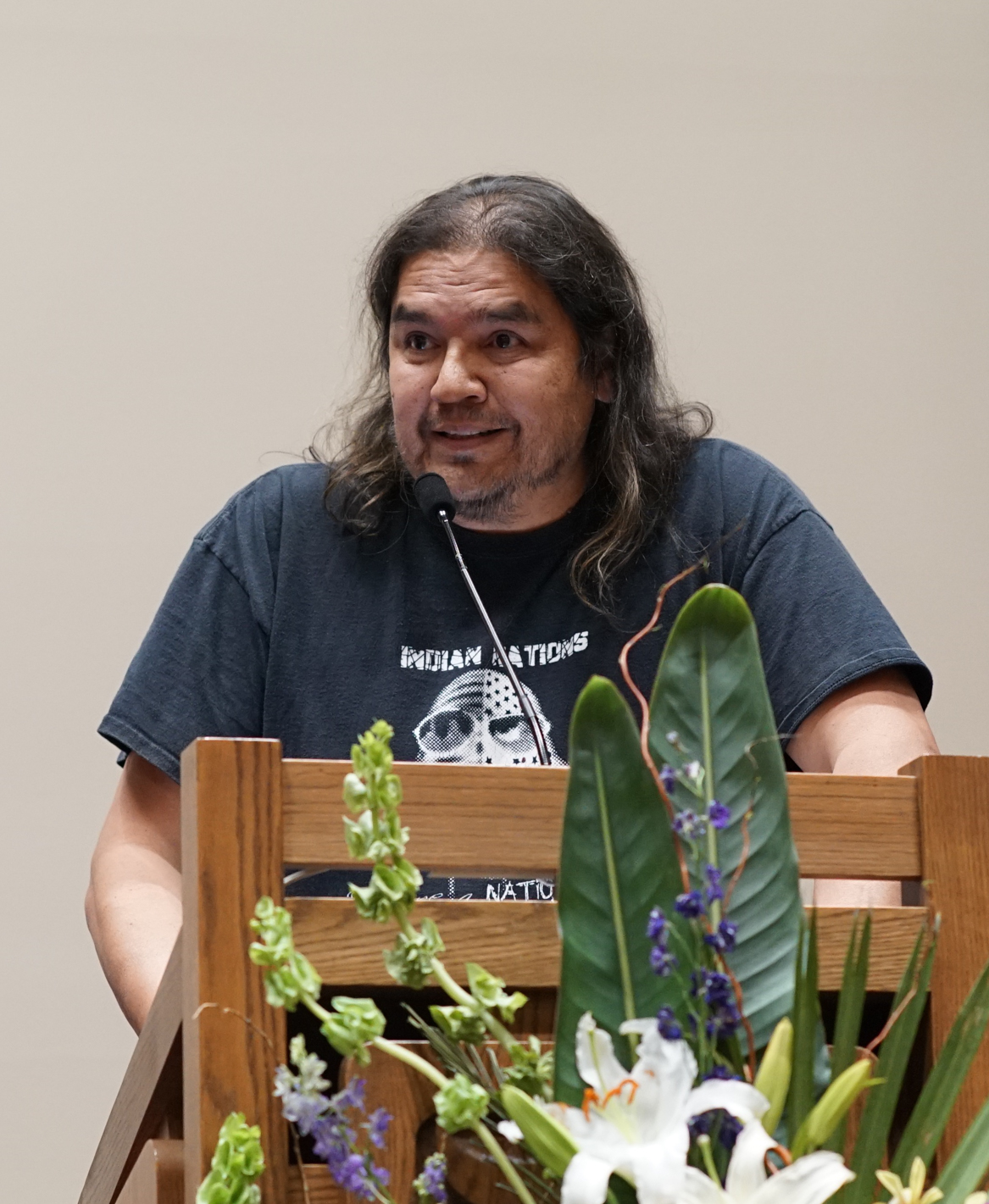 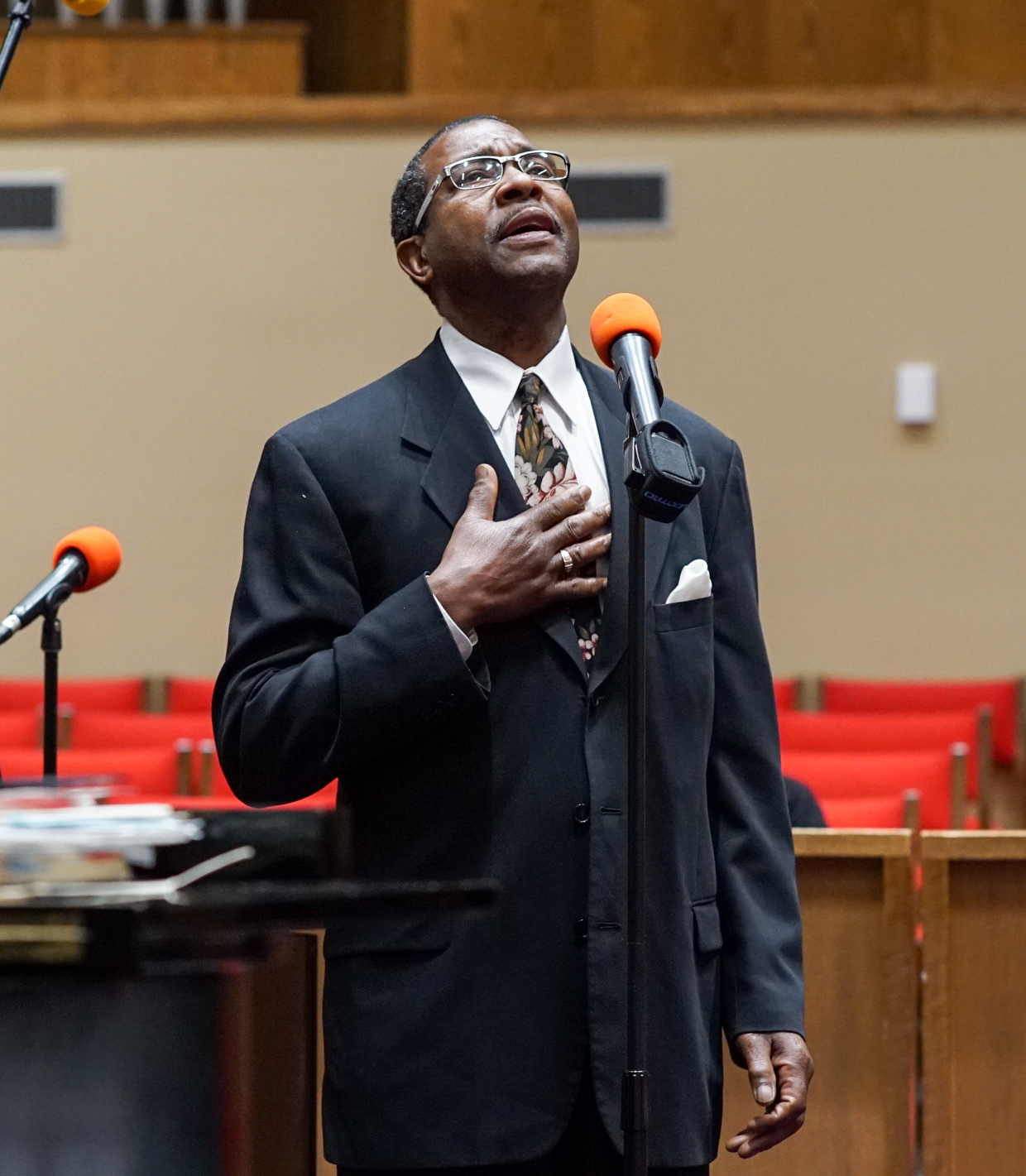 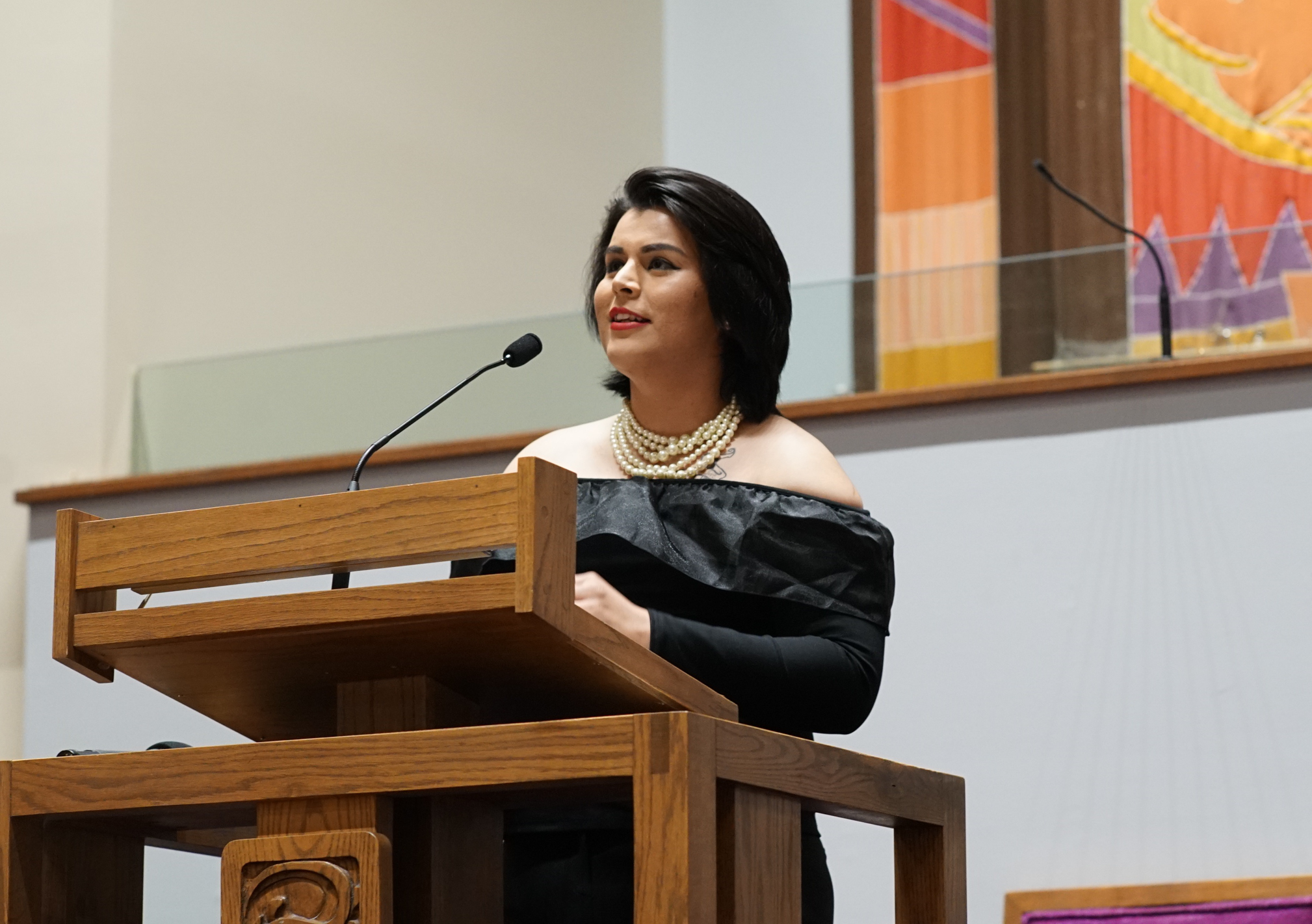 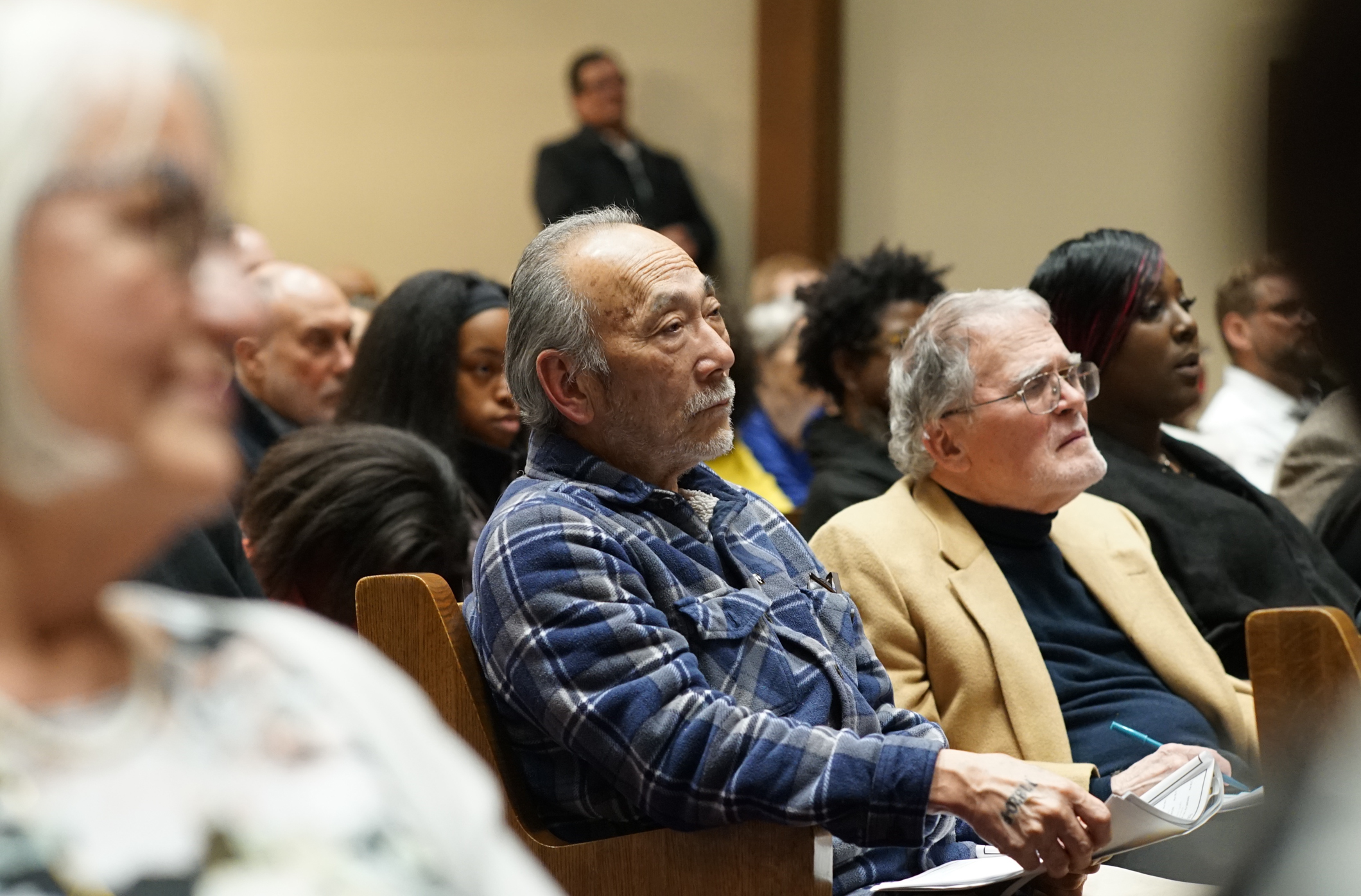 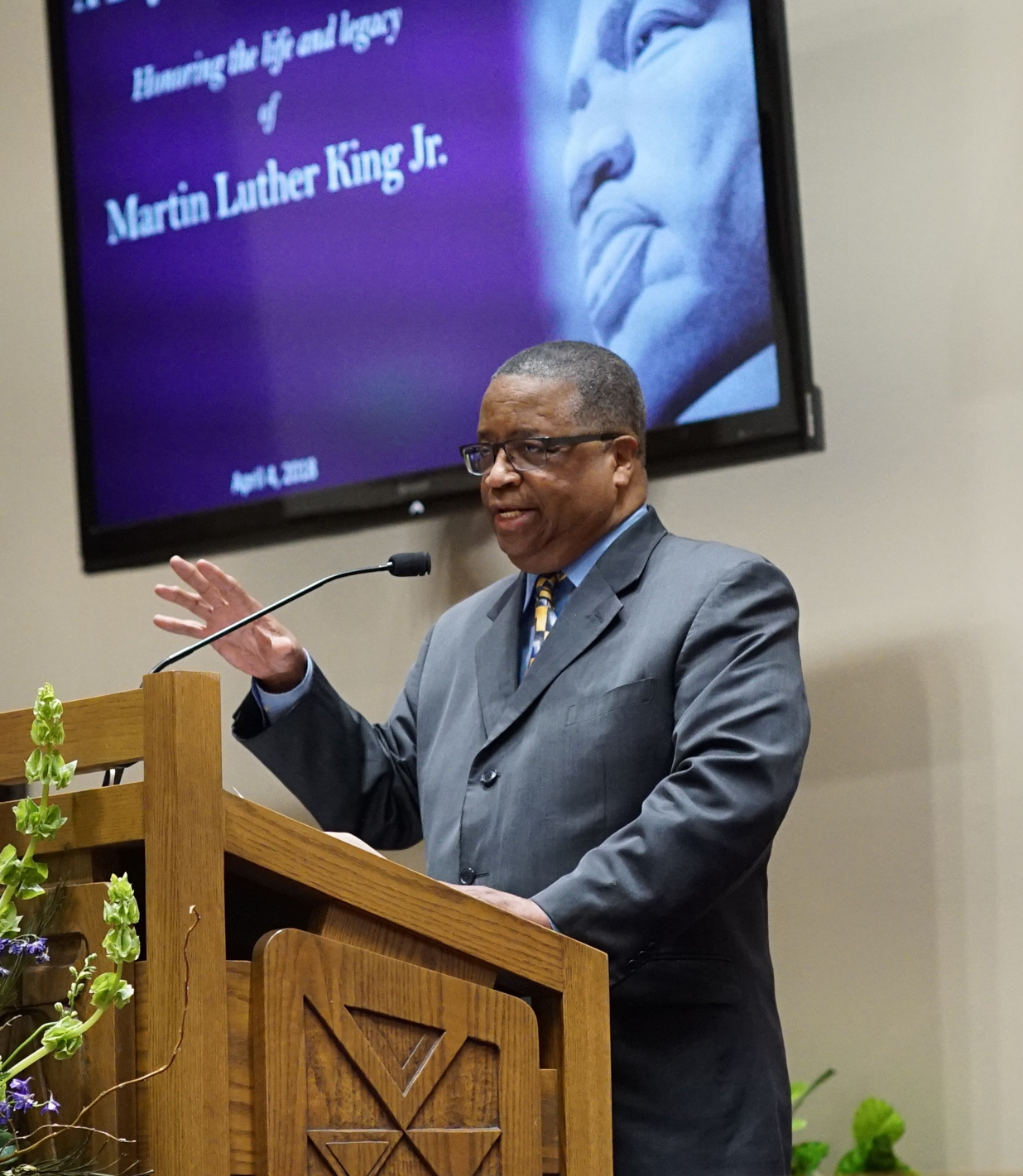 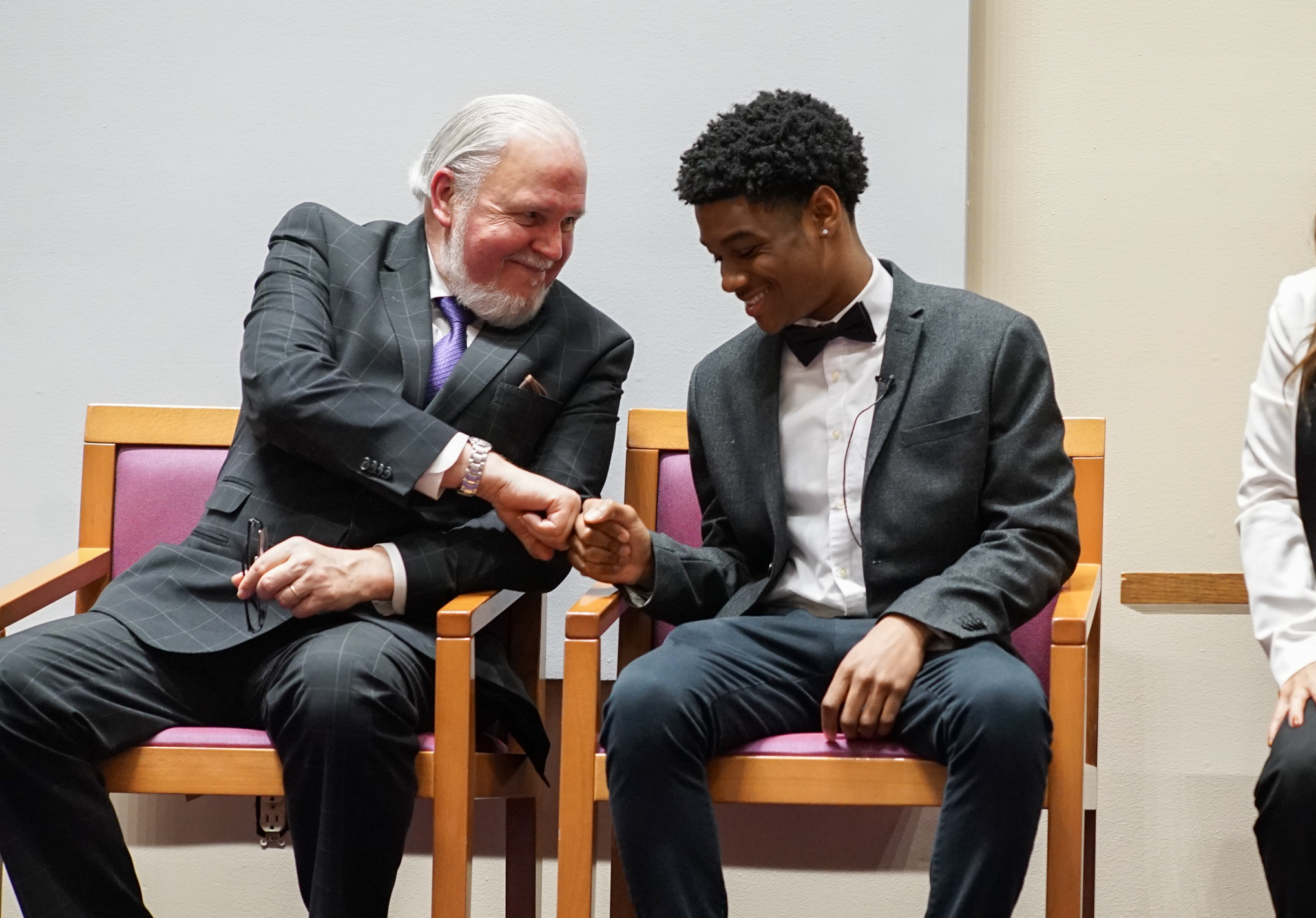 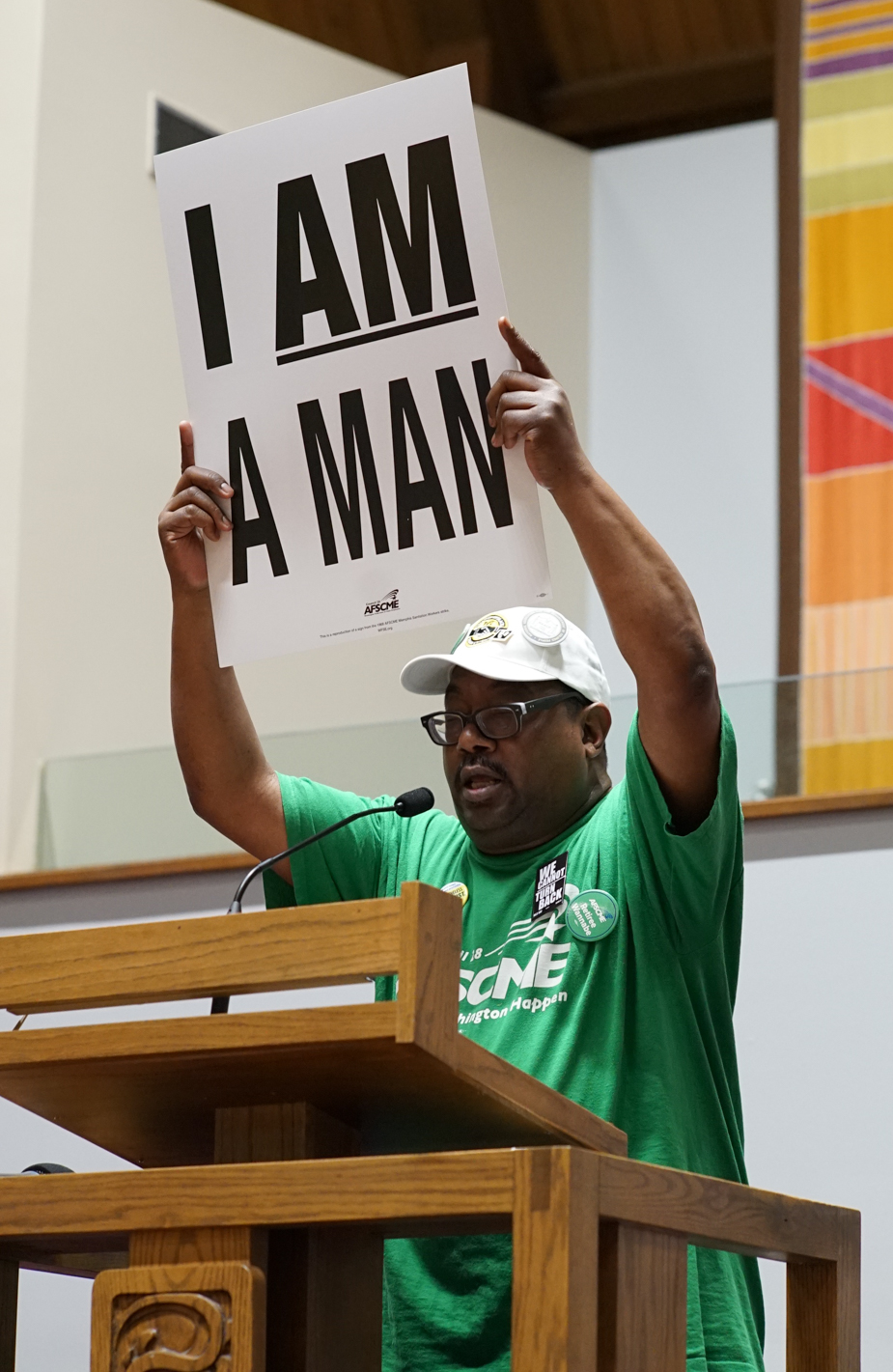 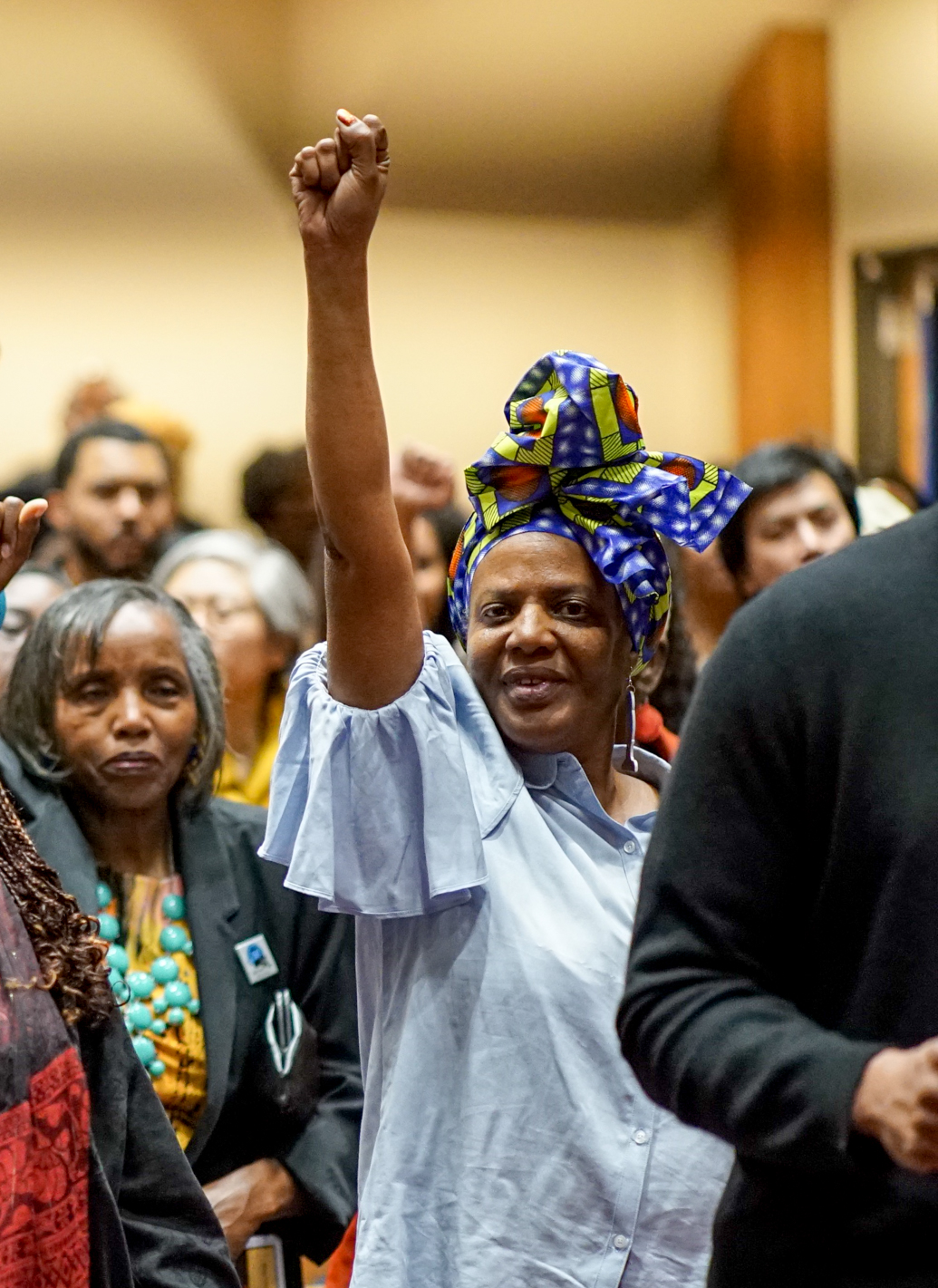