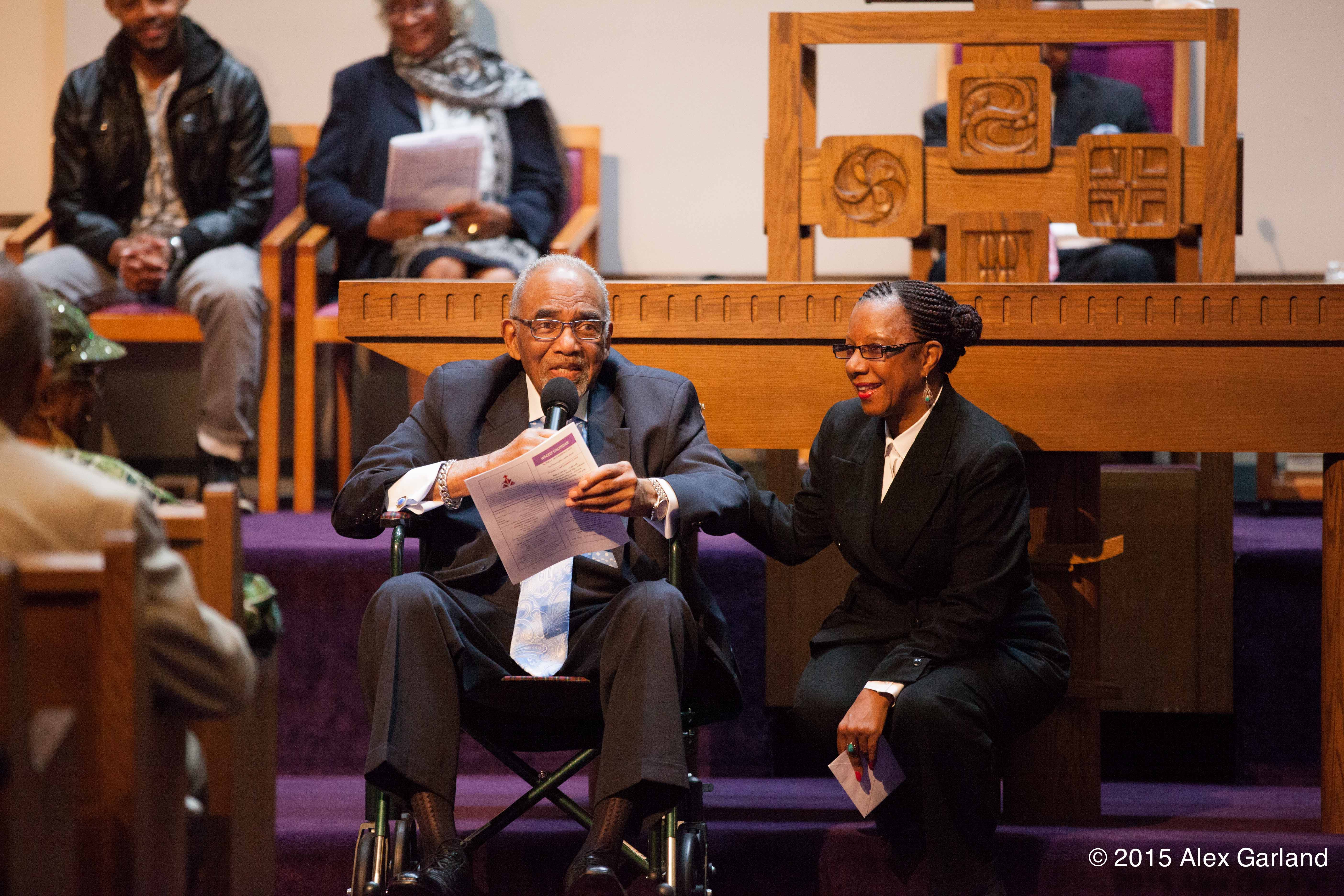 Rev. Dr. Samuel B. McKinney spent his life serving the community including some six decades of service at 19th and Madison. The pastor emeritus of Mount Zion Baptist Church died Saturday at the age of 91.

McKinney left the pulpit in 1998 after 40 years leading Mount Zion and remained a steady presence for the congregation and the city’s Black community. But at January’s annual celebration of Martin Luther King, Jr. at Mount Zion, McKinney was unable to attend and appeared to the assembly via a recorded address on the church’s video screen.

“Always committed to social justice, he was a founding member of the Seattle Civil Rights Commission and he facilitated the only visit of the late Rev. Dr. Martin Luther King Jr. to Seattle,” the church wrote of its pastor emeritus when it honored him in a celebration in April 2013. “With a constant eye to the future, Rev. McKinney also oversaw the building of the church’s educational unit and encouraged economic development in the church and the community.”

The Seattle Times has posted an overview of McKinney’s civil rights legacy and reports that memorial services have not yet been scheduled.

McKinney’s church continues to be a center for Black Seattle even as economic and cultural shifts have seen the city’s African American population plummet. In 2015, McKinney was part of the celebration marking 125 years for the congregation. Last year, the church was designated for landmark protections. According to our Re:Take history of the church, Mount Zion was founded in the 1890s, and for its first decade rented a few different spaces downtown. Church members date Mount Zion to 1890 when “a small group of African Americans held prayer services in their homes.”

There is also a plan for the future — a “master plan” for the 19th/Madison property could one day lead to a new church campus and development.

In 2014, the city honored McKinney by naming a stretch of 19th Ave near the church after him. “Dr. McKinney’s voice echoed beyond the walls of the church and into the halls of local and state governments,” The Seattle Medium wrote about the new avenue at the time. “He worked to raise awareness of the needs of the less fortunate, regardless of their race. His work to bring social justice to Seattle created an extraordinary legacy.”

(This article was previously published on Capitol Hill Seattle)