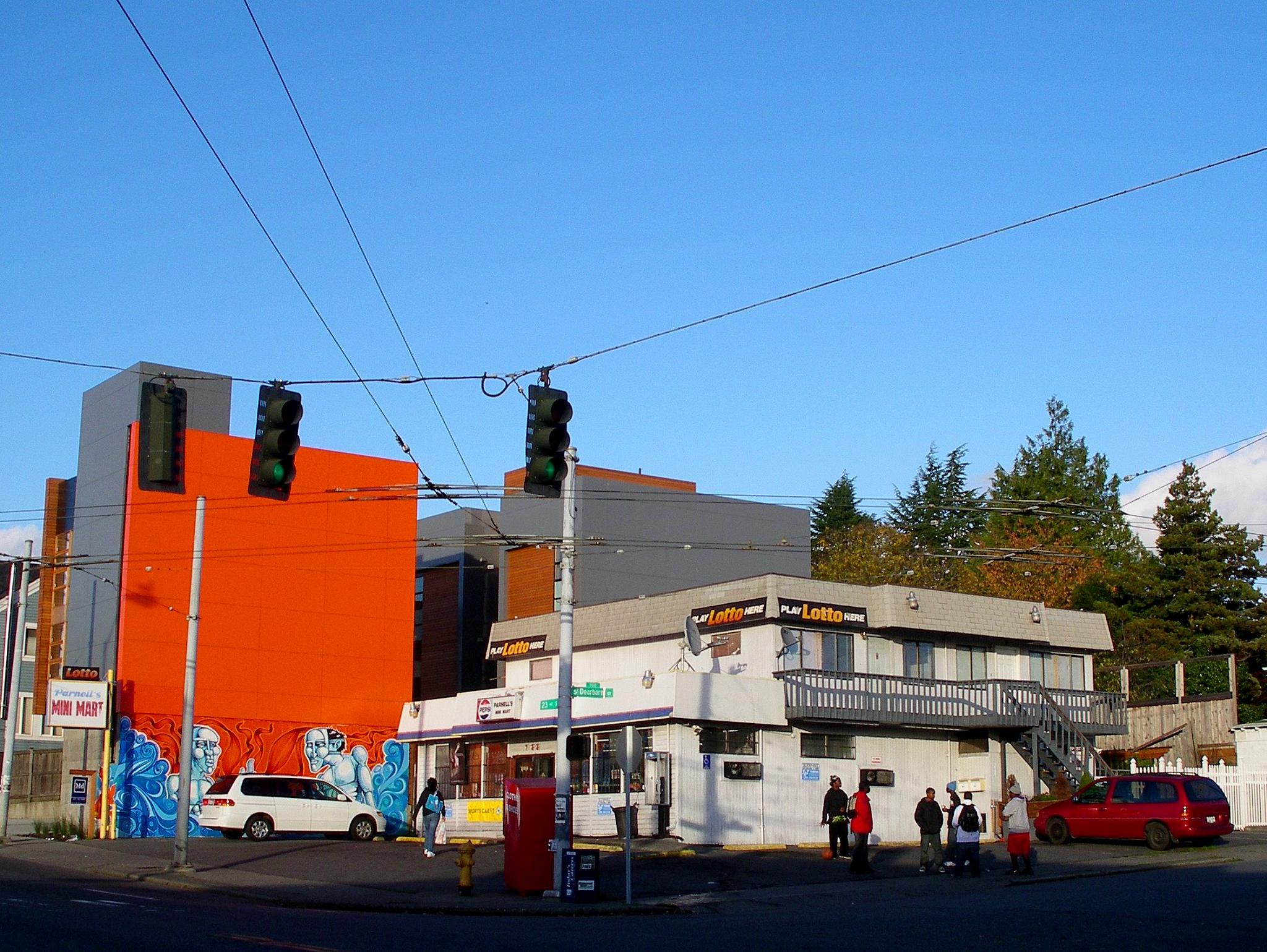 In an effort to preserve and grow the historically Black culture of the Central District, Seattle is creating a new Design Review Board for the area. The proposal passed out of committee April 4, and will go before the Seattle City Council for a vote scheduled for Monday afternoon, April 9.

“The creation of a Central Area Design Review District and Board will support equitable and inclusive community engagement and process specific for those most impacted by displacement, maximize the effectiveness of the Central Area Design Guidelines, and help guide future development to respond to the unique Central Area historical character and identity,” according to a report prepared explaining (PDF) the legislation.

The proposal sponsored by Council member and planning and land use committee chair Rob Johnson (District 4) would make a new, eighth design review district by carving it from Capitol Hill’s East District Review Board and the Southeast district.

Appreciate CHS? Subscribe Today  Consider becoming a subscriber at $1/$5/$10 a month to help CHS provide community news. Help push us over the 800 mark. You can also sign up for a one-time annual payment.

Already a subscriber? Please TELL A FRIEND to help us reach our goal.

The change would remove a large portion of the East District, which covers Capitol Hill, Montlake, and Eastlake, and currently covers as far south as Jackson.

The city’s design review boards examine major developments in Seattle with an eye to the building’s aesthetics, how well it fits in with the neighborhood, the way the builders deal with unusual circumstances, and the building materials. Meetings are open to the public.

The East Design Review Board, which covers Capitol Hill, has seen a slowdown in the number of projects they are considering of late. It next meets April 11 to discuss a project near 20th and Madison.

If the proposal for a new board is approved by the full council Monday, it would mark the first time a new design review board has been created since the program started in 1998, said Lisa Rutzick, design review program manager. The new board will cost about $13,000, though that money will come from permitting fees, so it should not have an impact on the city budget.

The driving force in creating this new board, according to city documents, is to help preserve and grow the dwindling Black culture in the area. The area was once one of the few places black people were permitted to own property within the city. Since the practice of redlining ended, and real estate close to downtown has become more desirable, the area’s demographics have shifted; in 1970, 74% of residents were black, by 2014, that number had fallen to an estimated 19%.

Recent efforts at 23rd and Union have helped move forward a push for “inclusive development” in the area.

In the Liberty Bank Building at 24th and Union, community developer Africatown joined The Black Community Impact Alliance, and Centerstone in a memorandum of understanding with nonprofit developer Capitol Hill Housing. The Liberty partnership has been held up as a template for inclusive development in Seattle with a respect for history and the empowerment of the African American community. The group worked to incorporate the site’s historical significance and create housing that is home to black residents and commercial space with black businesses. The agreement also includes a path to black ownership of the development. The affordable housing project with plans for 115 studio, one-bedroom and two bedroom apartments and four commercial spaces passed through its first design review in late November 2016 and is currently under construction.

Africatown and community priorities will also shape the redevelopment of Midtown Center. In 2017, Lake Union Partners stepped up with $23.25M to pull together a project on this key block for Central District redevelopment where Africatown will be part of an inclusive development component in the plan. In the deal with Lake Union Partners, Africatown, Forterra, and Capitol Hill Housing will develop a portion of the block with “120-135 affordable apartment homes, affordable to individuals with income as low as $26,880 – or 40% AMI” and about 3,000 square feet of retail. The developers say roughly 50% of the housing on the full-block will be affordable to people earning between 40-85% of area median income.

Meanwhile at 23rd and Jackson where the Promenade 23 shopping center and Red Apple has been demolished, construction is ready to begin on Vulcan’s plan for two seven-story buildings with a combined 532 apartments and a whopping 44,000 square feet of commercial space “for a grocery store and micro-, small- and medium-sized local shops and services.” Below ground, there will be room for 550 cars to park. The developer plans to use the Multifamily Tax Exemption to make 20% of the 23 and Jackson units affordable. Around 107 of the 532 units are planned to be made available to renters earning 65% to 90% of the area’s average median income.

The move to create the new review board started gathering steam in 2016 when a self-formed group, the Central Area Design Guidelines Coalition, came together with the city to create neighborhood specific guidelines and advocate for forming the new board, according to the report.

The group and the city met and hosted open houses between January and September of last year to develop guidelines, gather community input and set priorities for development in the Central District. The new guidelines are hoped to find ways to respect the neighborhood’s black culture, support minority-owned businesses and help with more equitable growth and development.

(This article was previously published on Capitol Hill Seattle)